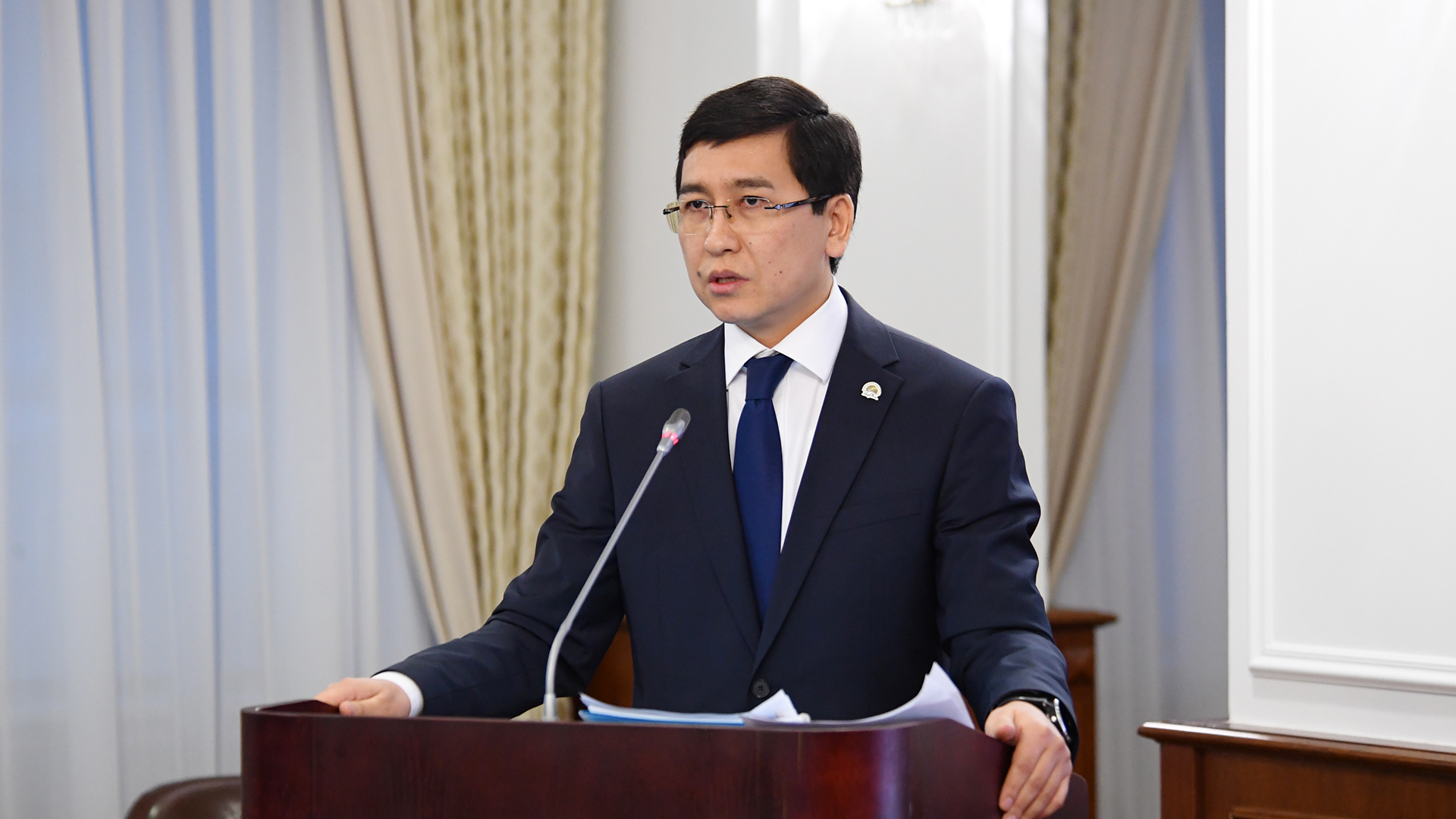 In general, the implementation of the state program allowed to resolve many issues:

As the minister noted, at present, the system of education and science faces new goals and objectives. To solve them, on behalf of the Head of State, a new state program for the development of education and science for 2020-2025 was developed, which was based on a number of strategic and program documents. This is “The Plan of the Nation: 100 Concrete Steps,” the Rouhani Zhangyru program, the Election Platform of the Head of State, fully take into account the instructions given at the August meeting and in the Address to the people of Kazakhstan.

“The draft program was discussed in pedagogical groups with teachers, representatives of the National Council under the President, experts, and deputies of the Parliament. The peculiarity of this project is that the results of five international studies like PISA, TALIS, PIAAC, PIRLS, ISILS allowed us to identify the main problems and find solutions. In general, the draft new State Program provides for 2 goals, 11 tasks, 8 indicators, 39 measures,” Aimagambetov said.

According to the new state program, the main goals are defined:

To achieve the goals, there are 5 directions, 11 tasks.

In accordance with the instruction of the Head of State for 4 years, a salary increase of 500 thousand teachers by 2 times is provided.

According to the minister, a new system of retraining teachers, advanced training will be introduced; in the future, wages will be increased for teachers of kindergartens, additional education, colleges, according to the results of certification to their leaders, a system of standardization of labor for teachers will be introduced; since 2021, university graduates will undergo certification.

At the same time, modernization of teacher education is provided, a change in the pedagogical experience of future teachers, 100% updating of curricula.

“100% coverage of children aged 3 to 6 years with kindergartens is envisaged. In order to improve quality, a phased return of licensing and the introduction of appropriate programs to improve the preparation of children for school are provided. Taking into account the proposals of private kindergartens in the regions, the cost of the state order was increased to 30 thousand tenge. About 400 billion tenge has been allocated from the republican budget for this,” said the Head of the Department.

At the same time, it is planned to 100% solve the issue of introducing special protection, video surveillance, safe transportation, reviewing norms and diets, a phased transition to cashless payments in canteens, per capita financing of state orders to support children with special educational needs, and the formation of a cyber culture. It is also planned to introduce a unified program for the prevention of bullying and suicide.

As Aimagambetov emphasized, a new format of school and parent communication is planned, the implementation of “education based on values”, debate movement, introduction to the theater, further development of the movement Zhas Kyran, Zhas Ulan at all levels of education. It is planned to create a sports league for schoolchildren and students. Today this figure is 30%.

Improving the quality of secondary education in villages

It envisages the introduction of a new system of development, examination, publication of textbooks, completion of the transition to updated educational content, a phased transition to 12-year education, improvement of criteria-based assessment and training programs.

Another important task is to narrow the gap in the quality of education between urban and rural schools. To this end, comprehensive measures will be taken: providing small schools with qualified pedagogical staff, the wage system will be changed, full provision of rural schools with teaching materials, computer equipment and digital equipment will be provided. For these purposes, 150 billion tenge are provided in the republican budget.

Construction of 800 new schools will solve the problem of shortages

According to forecasts, by 2025 the deficit of seats will be about 500 thousand places. To solve this problem, schools will be built at the expense of the state and the private sector.

In particular, it is planned to build 800 new schools with more than 650 thousand places at the expense of the state budget and attract private investment.

“For this, 876 billion tenge will be allocated. As a result, the issue of shortage of places and three-shift schools will be resolved, the number of emergency schools will decrease,” the minister said.

In addition, within the framework of the “Auyl – El Besigi” program to support rural schools, it is planned to allocate 53 billion tenge for the construction of 114 boarding schools for rural basic schools.

As part of the Zhas Maman project, the material and technical base of 180 colleges will be updated, for which 58 billion tenge are provided from the budget.

“The program of free vocational education will annually reach 100 thousand students. And the number of students enrolled in dual education will reach 35%. The level of employment of college graduates will increase from 63% to 75%,” said the Head of Department.

The challenge here is to 100% update educational programs based on professional standards. The number of foreign students will be 10% of the total contingent.

As the minister informed, it is envisaged to increase the salaries of faculty, to improve the material base of universities by increasing educational grants on average from 340-420 thousand to 900 thousand tenge.

In addition, the procedure for submitting UNT is translated into electronic format, several types of grants are being introduced, and accessibility and transparency of higher education are ensured.

By 2025, dormitories with 90 thousand beds will be built.

Personnel rotation in the education system

In this regard, since 2021, the management of district education departments has been transferred to the oblast level.

“Financing will also rise to the level of the region. It will be aimed at reducing the educational gap between regions and institutions,” the minister said.

According to Aimagambetov, the number of questions about the procedure for appointing heads of educational institutions has been growing recently. For example, the leaders of a number of organizations have been working in one place for more than 20 years.

“Therefore, we will appoint directors of kindergartens, schools, and colleges under the new system. In addition, in the future we will use the replacement system through rotation. In accordance with modern requirements, the education sector will move from autonomous management to corporate management,” he said.

Second, in accordance with the instructions of the Head of State, more than 3 billion tenge will be allocated annually to support young scientists.

Third, if earlier competitions for grants were held once every three years, from next year it will be allocated annually.

Fourth, a separate budget program will be created to strengthen the material and technical base of scientific institutions.

On the modernization and digitalization of the scientific infrastructure, issues of developing digital skills of scientists, implementing retraining programs for personnel and management of scientific organizations will be studied.

In general, within the framework of the program, the volume of financing of education increased 6 times, and financing of science — 7 times.

According to the minister of education and science, funds for the implementation of the Program are provided in the amount of 11 trillion 578 billion tenge. In particular, the share of private investment increased and amounted to 1 trillion 284 billion tenge.

It should be noted that the director of the IT school-lyceum in Kokshetau A. Baltasheva was invited to the Government session on behalf of the pedagogical community. She noted in her speech that the new state program pays special attention to the status of a teacher, while such an emphasis was not already put on the implemented program. The introduction of a new teacher retraining system and an increase in salaries, according to Baltasheva, will increase the status of school teachers and provide a new influx of young professionals.

The director of the educational institution also emphasized that the new state program focuses on the educational culture and provides for the introduction of a new format for school and parent communication. Now, education will be based on values, which also cannot but please Kazakhstani teachers.