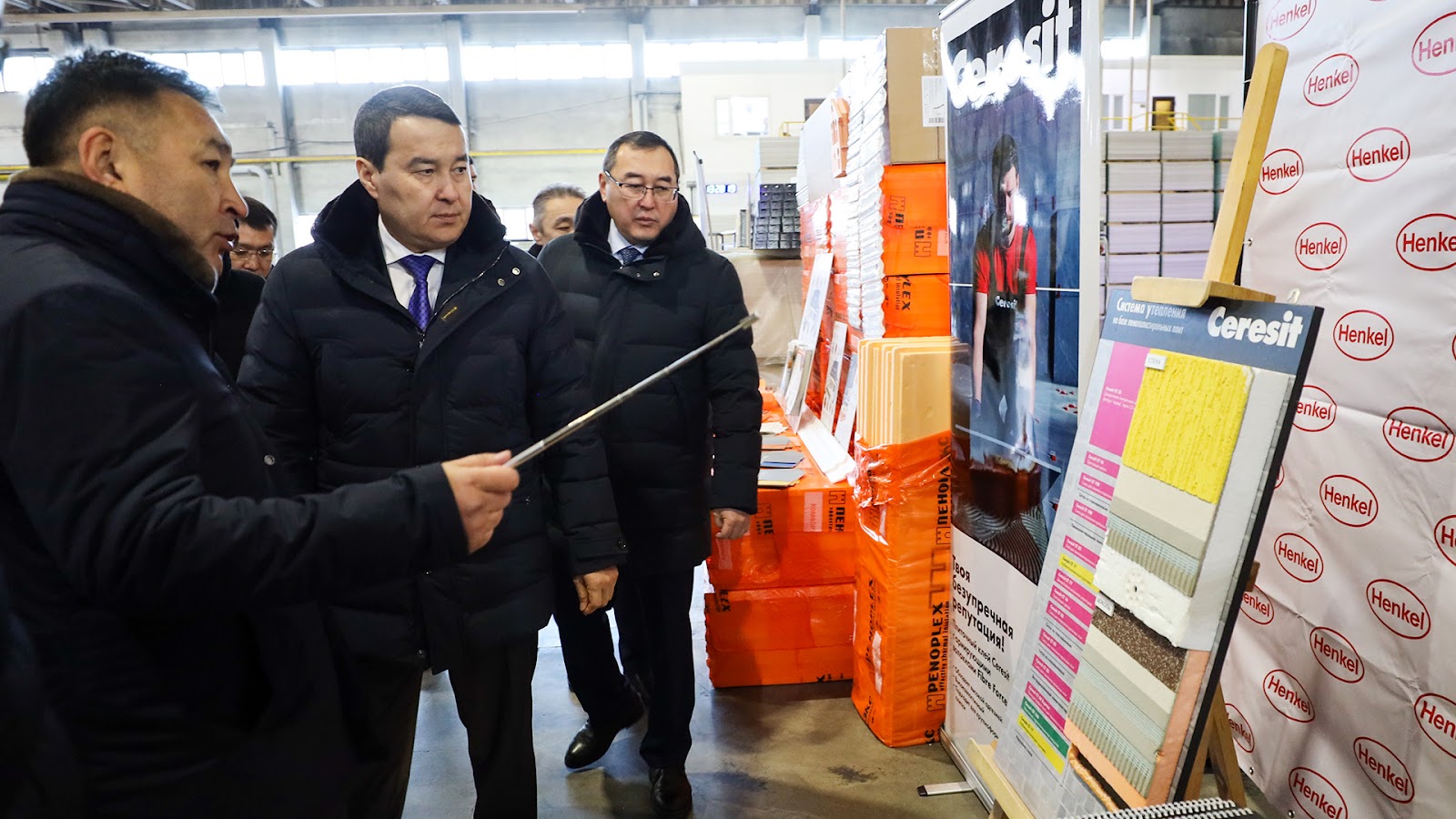 Prime Minister of Kazakhstan Alikhan Smailov visited the Almaty region on a working visit, and got acquainted with the progress of housing construction, infrastructure development and industry, and inspected the work of heating company "Zhylu Ortalygy".

So, the Head of Government was reported on the implementation of the project on construction of the Grand Almaty Ring Road with a total length of 66 km. To date, the main earthworks have been completed, all the bridges and interchanges have been built. At the same time, the arrangement of the road and the introduction of intelligent system of toll collection and dynamic vehicle weighing continues. 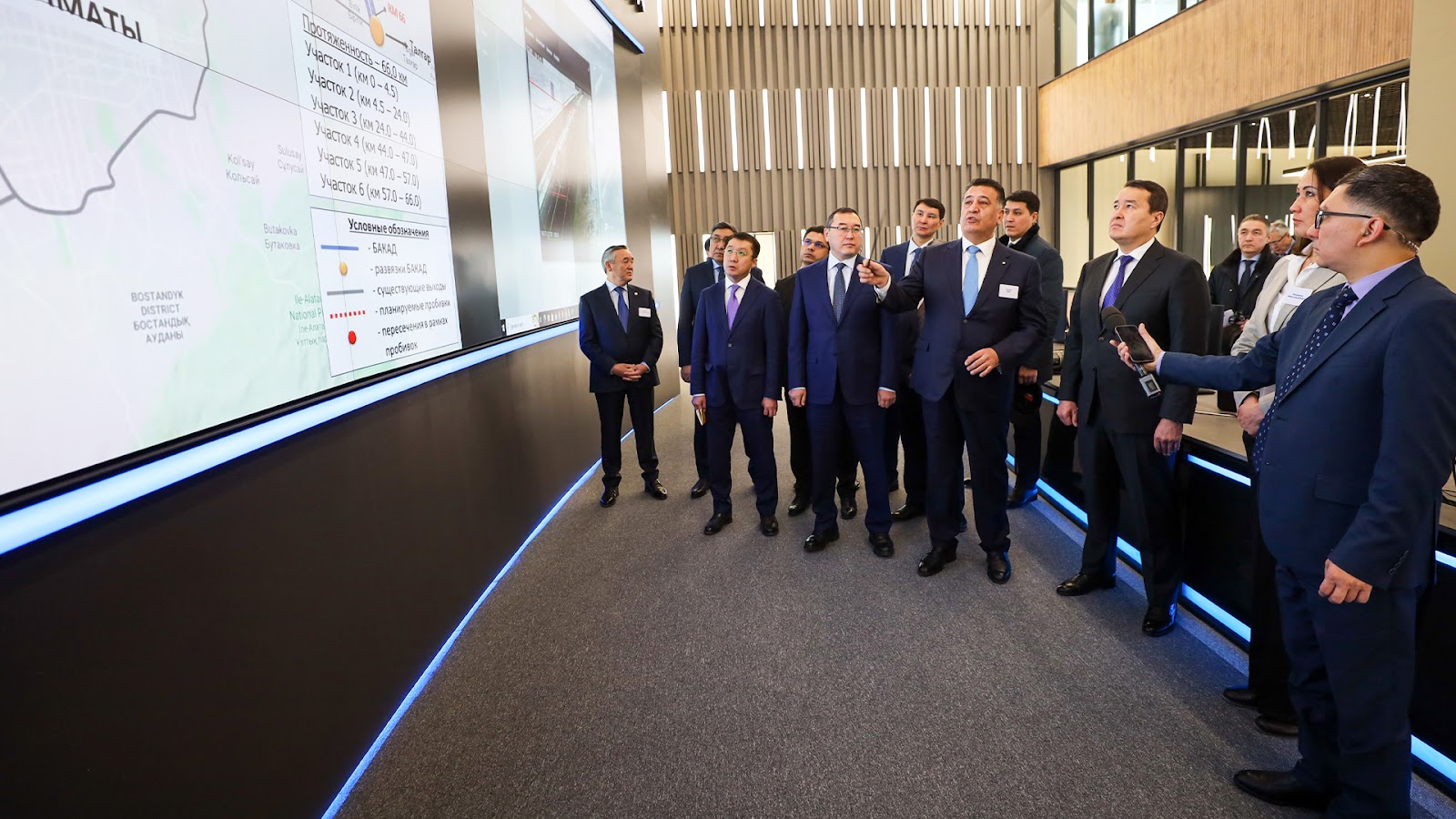 The Prime Minister noted that this highway will have a significant impact on the economic development of the region, increasing its investment and tourism potential. Grand Almaty Ring Road is expected to increase the volume of transit traffic between China and Europe and relieve traffic flows in Almaty, which will have a positive impact on the city's ecology.

"This is a very important investment project, which is one of the first to be implemented on the principles of public-private partnership. It will undoubtedly give an impetus to the economic development of the entire region, as well as improve road safety. The Akimat needs to speed up the completion of the radial roads to Grand Almaty Ring Road. The Government, for its part, will provide the necessary assistance," Alikhan Smailov said. 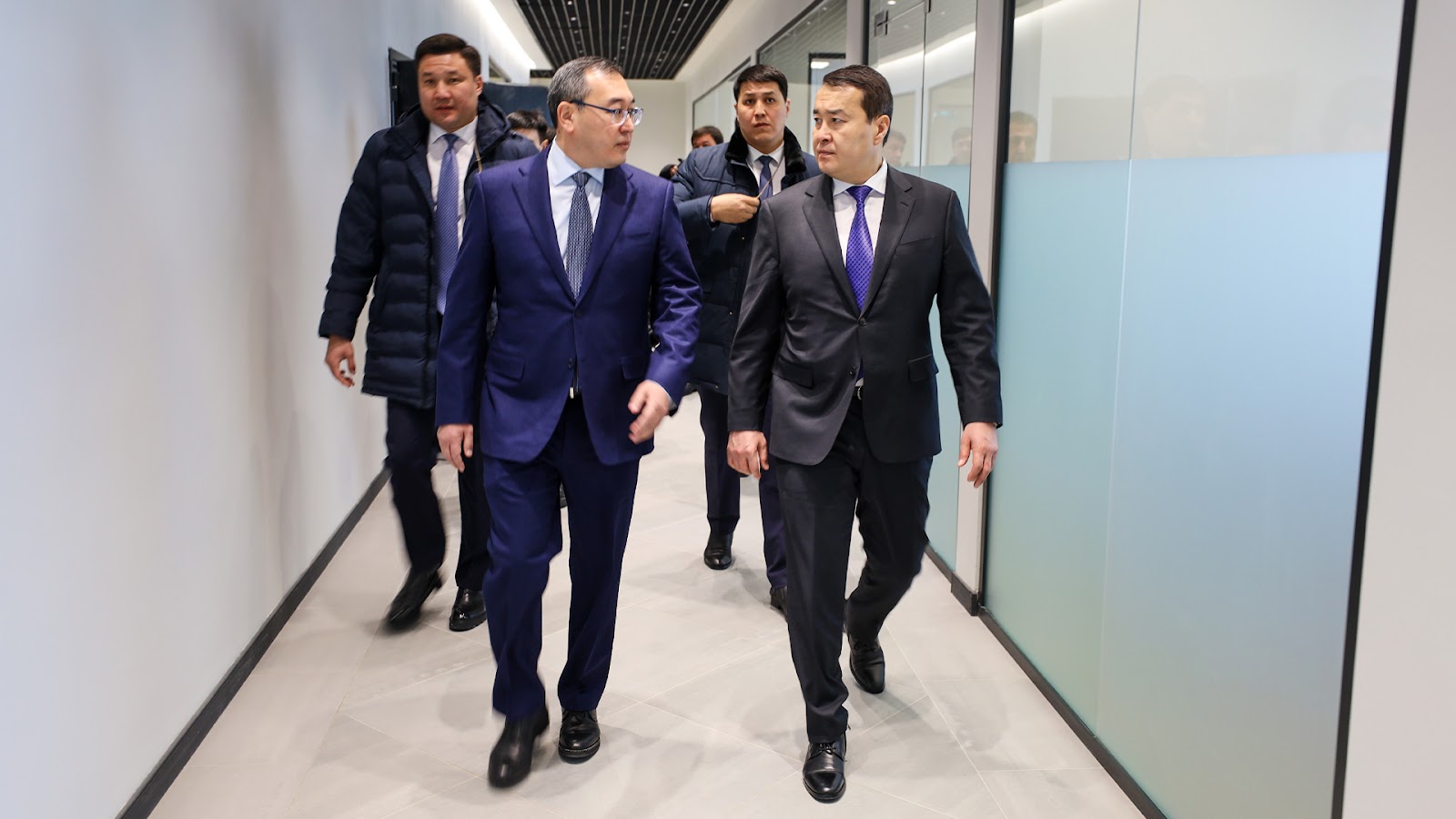 The Prime Minister also familiarized himself with the course of construction of about 70 apartment buildings with a total area of over 290,000 square meters in the residential district Koyankus of the satellite city Gate City. The work is expected to be completed by the end of 2024. 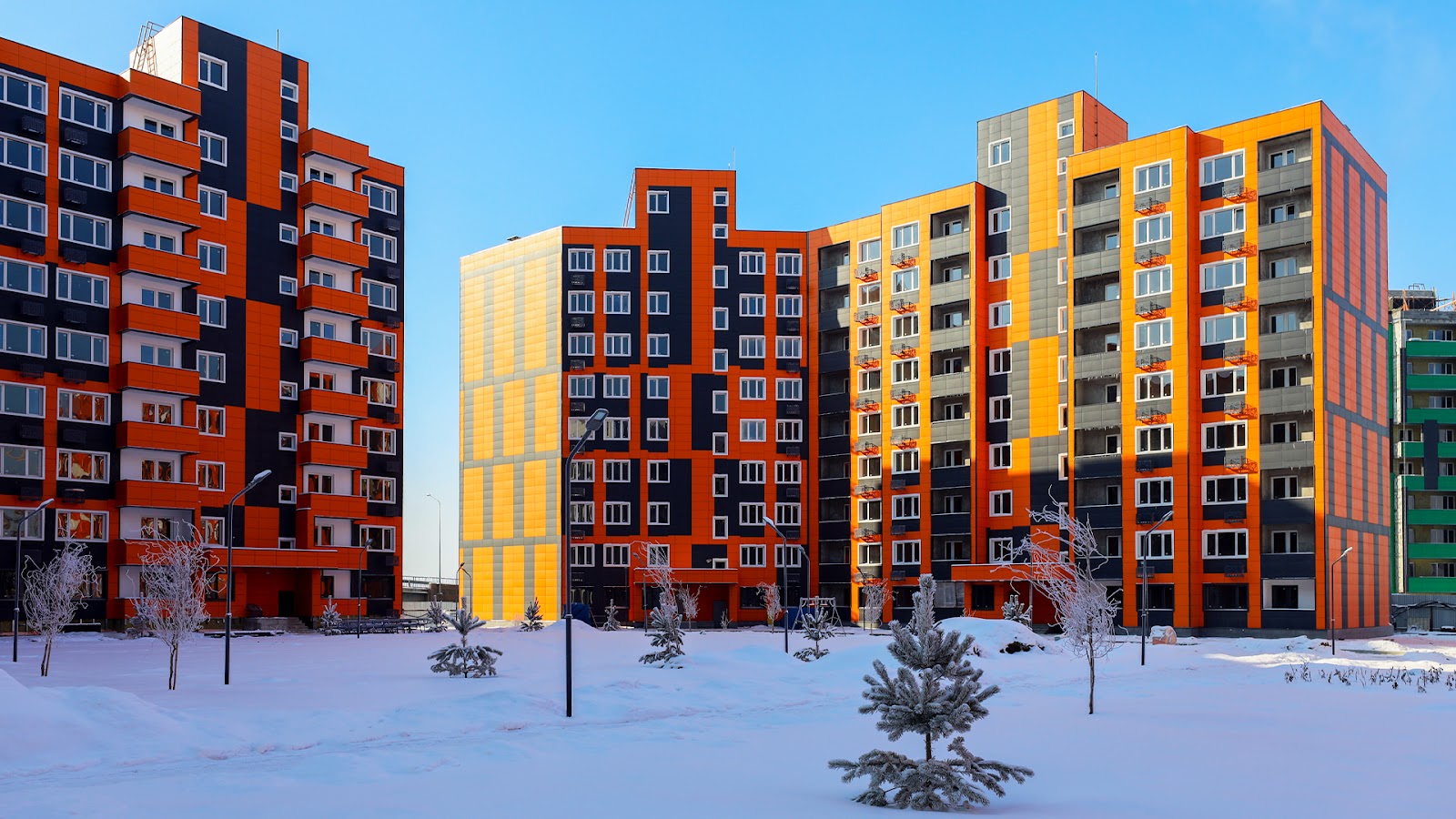 According to the development concept of G4 City, the integrated city will consist of four districts: Gate is a business and financial centre, Golden is an educational and medical hub, Growing is an industrial and logistics hub, and Green is a tourist cluster. The Gate City area currently has main utilities and the construction of the Koyankus residential area has begun. 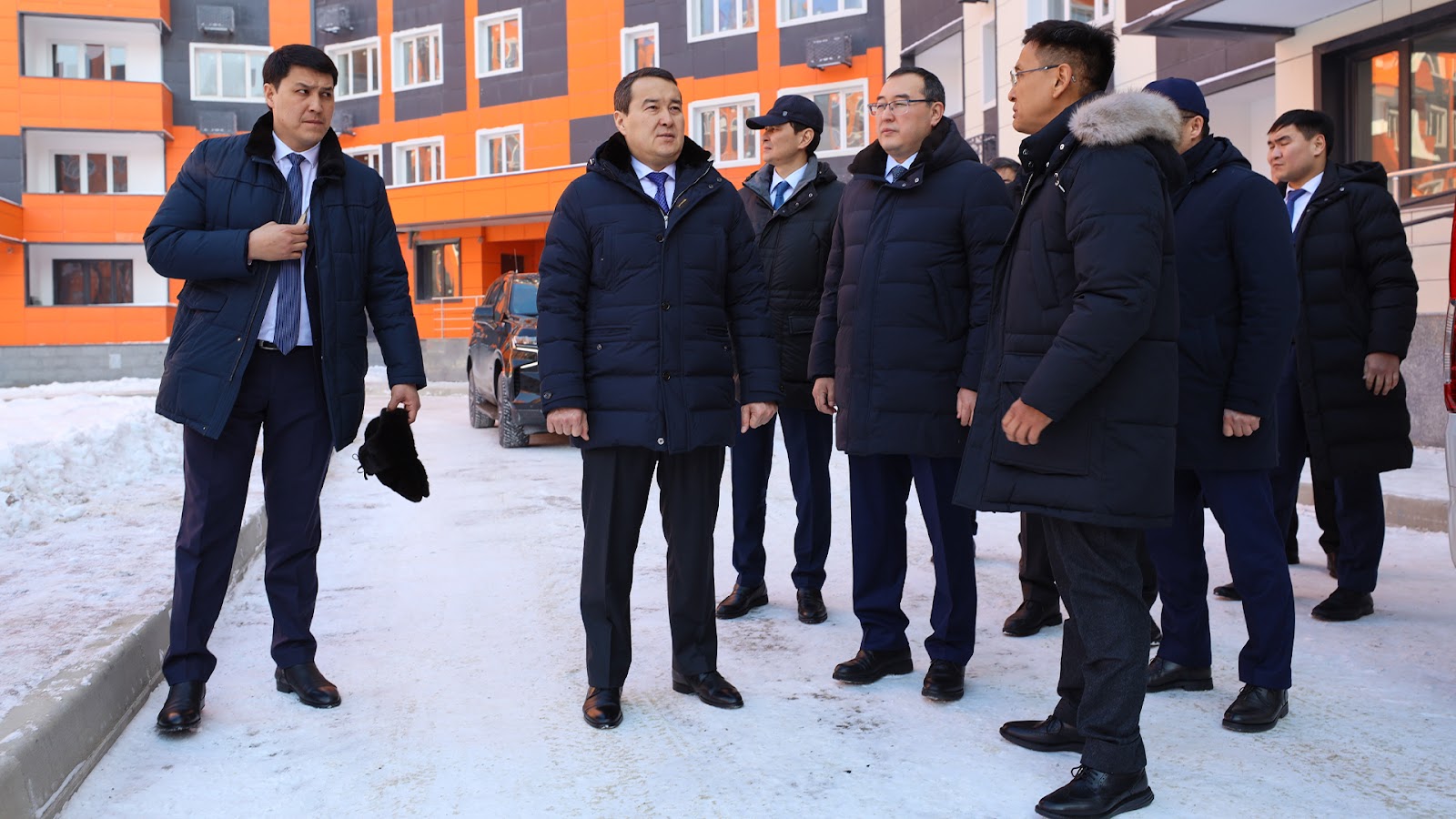 "We are confident that G4 City will become an economic and tourist centre located along the New Silk Road. The regional Akimat needs to pay maximum attention to the social orientation of the project, first of all the quality of life in the city," he said.

In Konayev, Head of the Government also got acquainted with the work of the municipal district heating company 'Zhylu Ortalygy', which was transferred to gas in 2020. Currently, the company generates about 179.72 Gcal/hour and provides heat to about 30 thousand customers, budgetary institutions and other facilities. 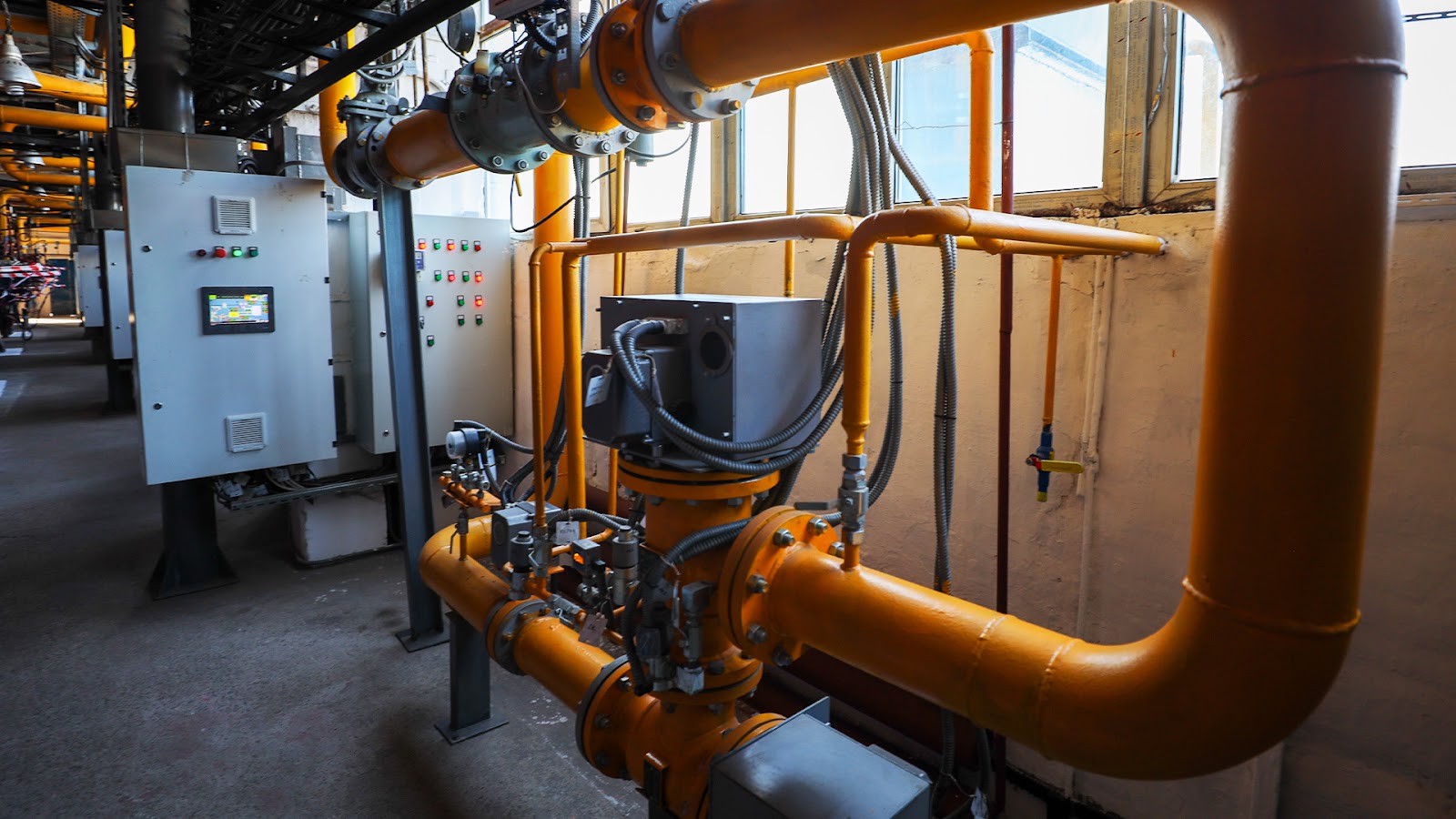 Alikhan Smailov said that the transfer of the heat source to gas has increased its energy efficiency and significantly reduced emissions of harmful substances into the atmosphere.

"Giving Konayev the status of a regional centre gave a major boost to its development and increased the influx of people into the city. Given the growing number of heat consumers in the region, the akimat needs to work on increasing the capacity of heat sources," he stressed. 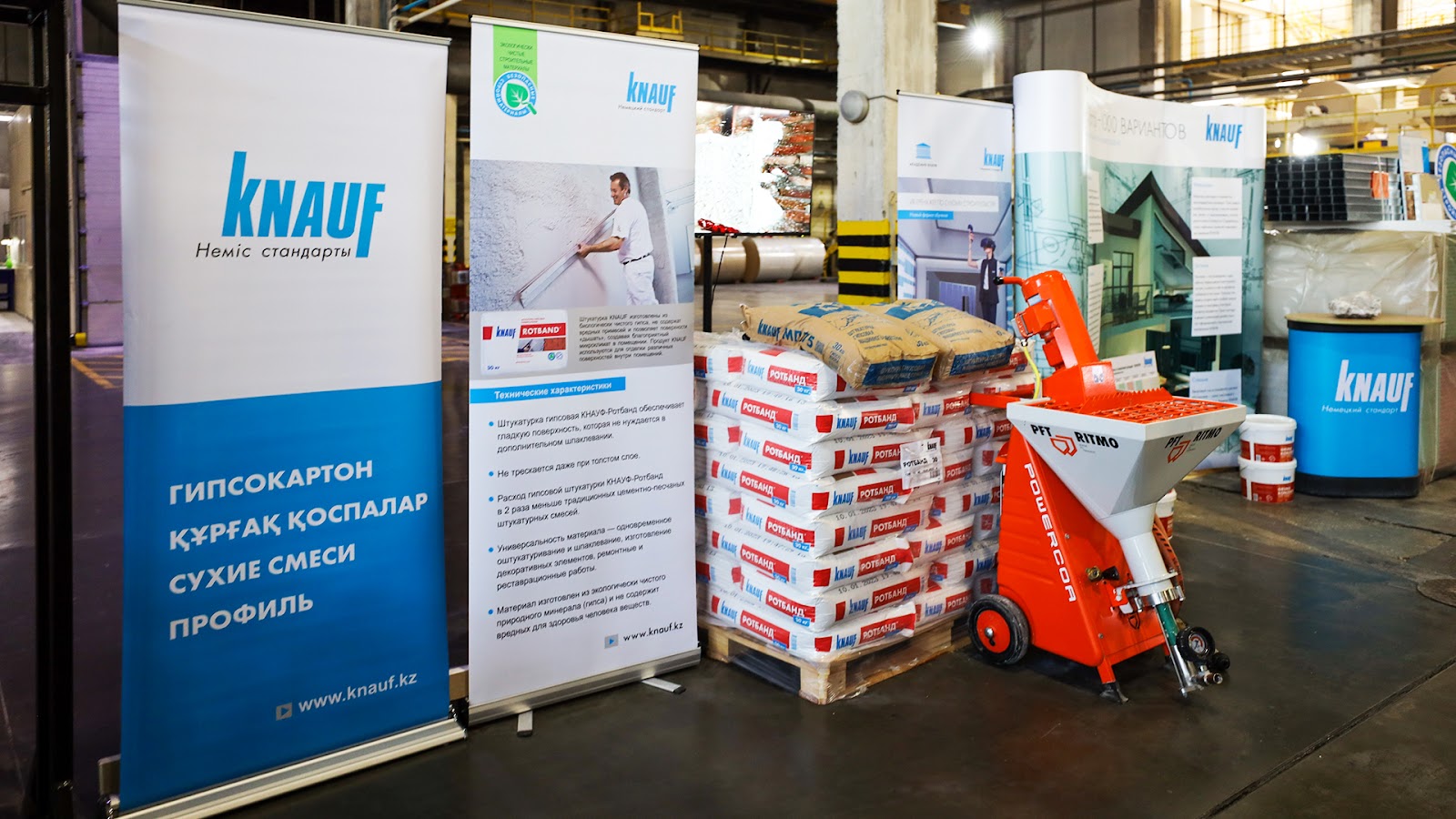 Production is currently running at 100% capacity. The plant's products are supplied to the domestic market and to six neighbouring countries: Afghanistan, Kyrgyzstan, Russia, Tajikistan, Turkmenistan and Uzbekistan. In 2022, more than 30% of the total production was exported.

Alikhan Smailov noted that the government actively supports the creation of high-tech enterprises in the construction industry, which makes it possible to increase import substitution. 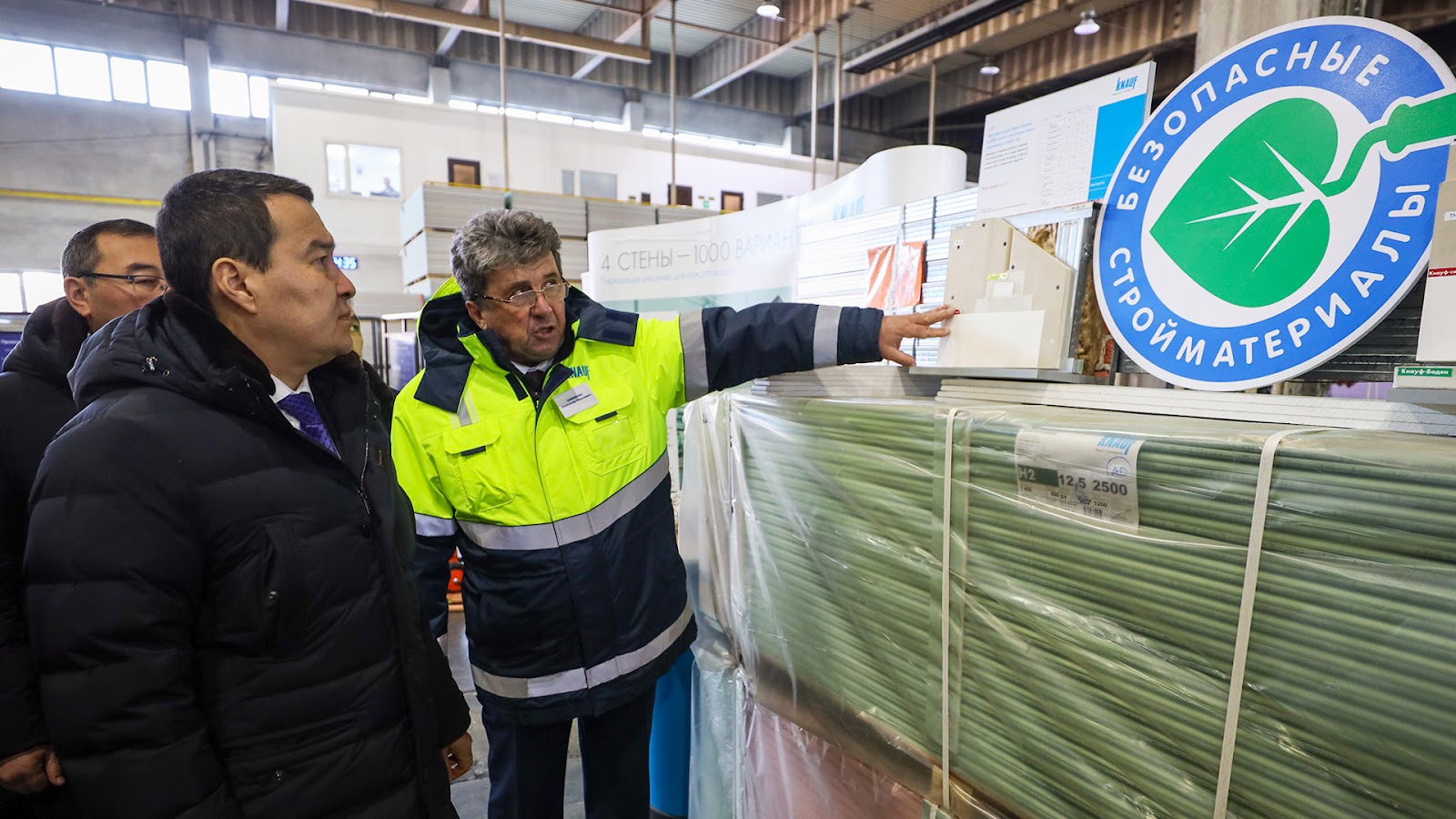 "Implementation of such projects involving foreign investment is an indicator of the reliability of the state in terms of support for investors. The regional Akimat needs to continue creating favourable conditions for launching new industrial projects," he said.