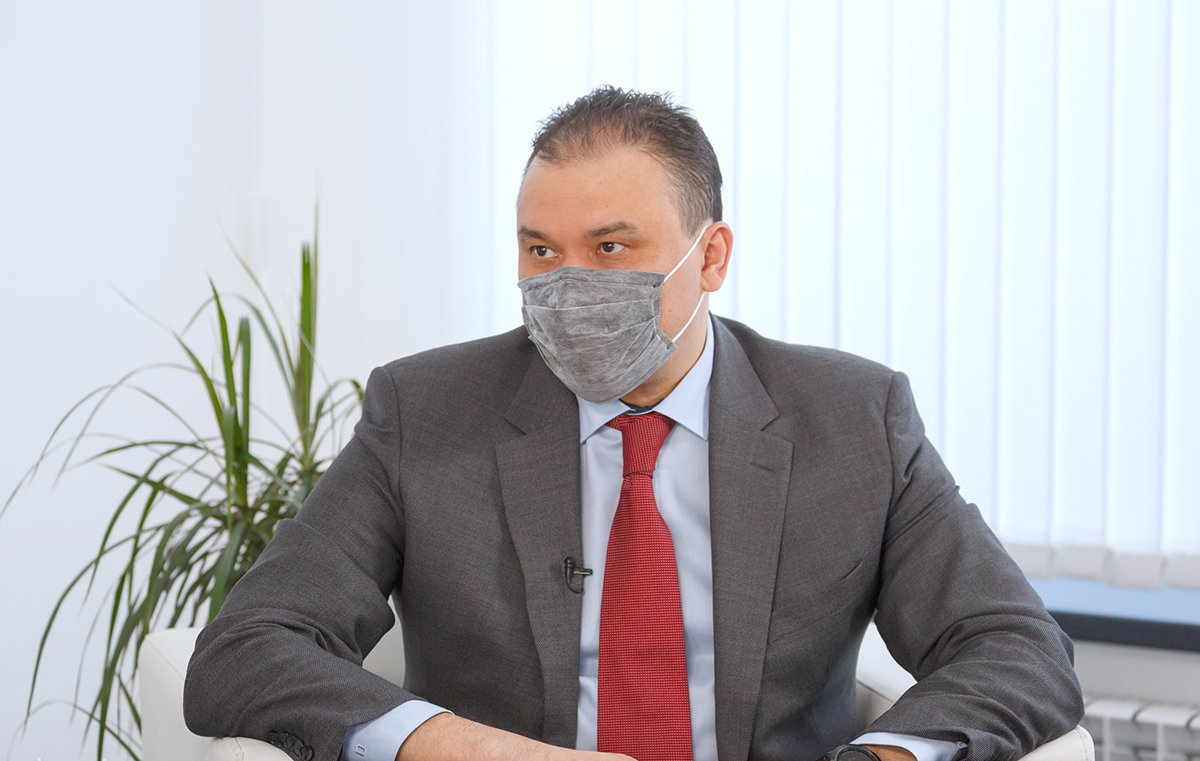 At the beginning of the pandemic, no country was ready for sharp surges in drug consumption, including Kazakhstan. The drug procurement, supply and distribution system had a planned approach. But last year there was a forced reboot of the system. Chair of the Board of SK-Pharmacy Yerkhat Iskaliyev explained the changes in more detail.

First of all, the changes concerned the issue of logistics, the drug counting system was also revised. So, for example, if earlier it took up to 2 weeks to transport products, now it is possible to deliver a medicine to any part of the country within a day. In the matter related to the storage of goods, a cross-docking system is now used.

To solve the problem of the shortage of medicines, it was decided to create a two-month stock. A forecast of two-month consumption was made and 44 positions of the most scarce drugs were identified. This stock is currently held in four hubs. By the way, the approach to such dispersed storage allows for the most efficient distribution of the necessary drugs in the regions.

“Thus, the system now works more harmoniously: as soon as there is overconsumption, we give the goods day after day and make out the next purchase. This allowed us to respond today within half a day to any need,” said Yerkhat Iskaliyev, chair of the board of SK-Pharmacy.

Speaking about the production of vaccines against coronavirus infection, E. Iskaliev noted the work of the Karaganda Pharmaceutical Complex, which is currently producing the Sputnik V.

“Many experts noted a fairly quick response and production establishment. Today it is the only vaccine collector, not in any country. In its own way, this is also a breakthrough. The question is that we have a stable quota, which was signed for 2 million doses. Part of the volume was from Russia, now the main one comes from KFK,’’ said the chair of the board of SK-Pharmacy.

Also, Kazakhstan is now preparing to release its own vaccine. By attracting large investors Big Pharma to the development of pharmaceutical clusters, Kazakhstan is fighting for the fact that they have come to the domestic market.

One of the reasons for this is the consolidation of contracts in SK-Pharmacy.

It is also important to consider what conditions Kazakhstan can offer in terms of exemption from foreign exchange risks. Negotiations are underway with companies such as Roche, Pfizer.

“We are separately considering the issue of country programs that they provide - Novartis. A very important question here is what will be the consumption from our side. Second, what drug trends they are proposing. We must understand that, for example, Russia itself is a big competitor. And in Russia the market is at least 10 times larger. But we have other advantages - we can do some things faster,” he added.