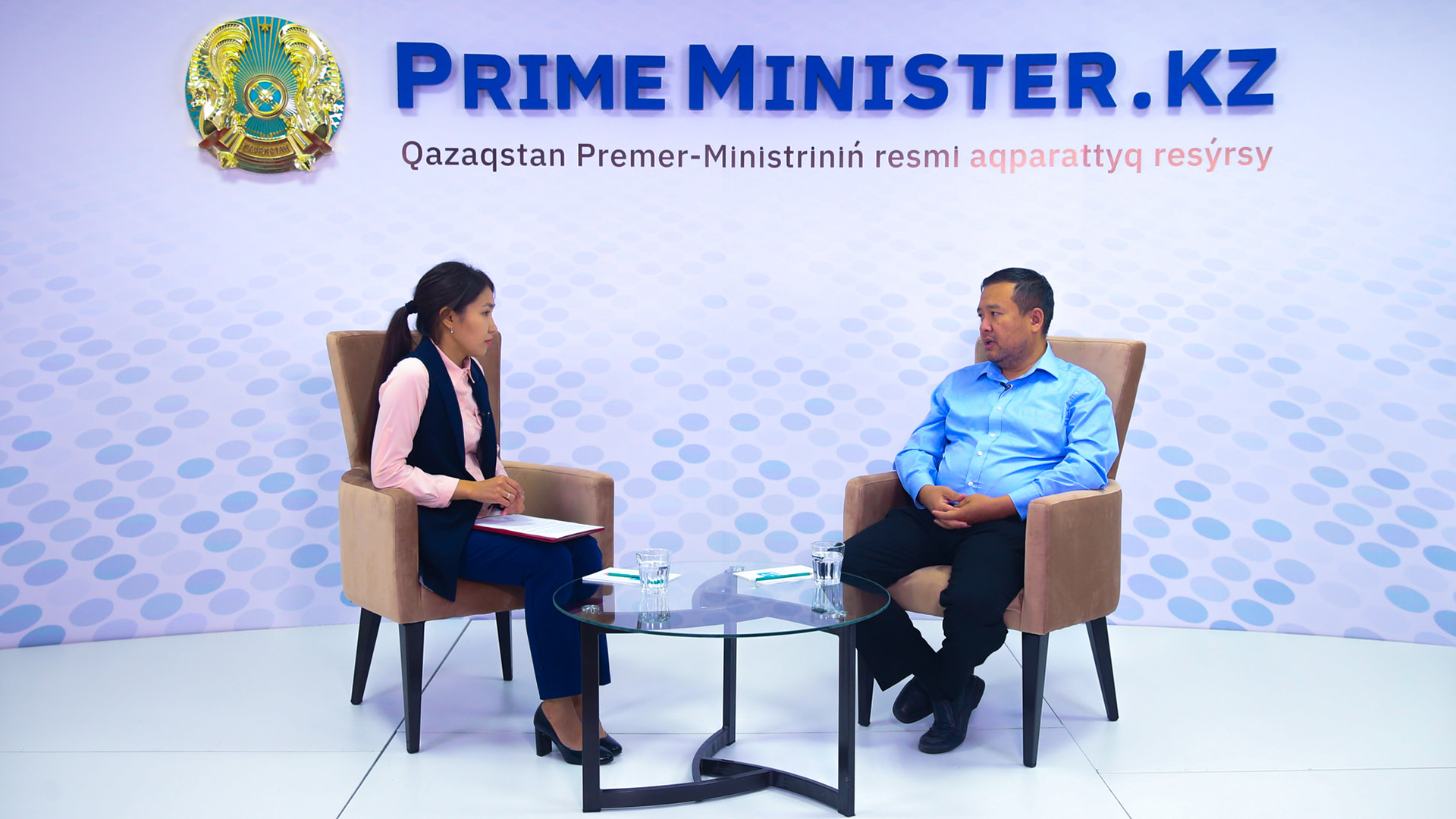 President Kassym-Jomart Tokayev in his address to the people “Constructive Public Dialogue – the Basis of Stability and Prosperity of Kazakhstan” called deep reforms of the judicial and law enforcement systems a key factor in strengthening the protection of citizens' rights and their security, and instructed to implement a number of serious measures to improve the quality of court decisions.

Currently, Kazakhstan is continuing the process of forming an effective legal environment, improvement is required not only by laws, but also the procedures for their development and adoption. Particular attention in this process is paid to the active participation of the population in public discussions of draft laws. For example, according to the experience of Great Britain, it is proposed to introduce new stages of the “green” and “white” books into the legislative process.

It is proposed to improve the procedures for evaluating bills and existing laws, to review the procedure for conducting scientific legal examination of bills, to establish at the legislative level the practice of a "transition period" in relation to norms imposing additional obligations on citizens and business, and much more.

Yerlan Buzurbayev, an expert on the Draft Law "On Amendments and Additions to Some Legislative Acts of the Republic of Kazakhstan on Improving Rulemaking," spoke about what is being done in this direction in an interview with PrimeMinister.kz.

— Yerlan Marklenovich, the issue of the quality of adopted laws always remains relevant. Rulemaking is improved every year. Please tell us about measures taken to improve and improve the quality of laws.

— The government is constantly working to improve the quality of laws. I am an expert involved in the institutional strengthening of the justice sector, which is being implemented jointly with the World Bank. The goal of this reform is to involve a wide range of citizens in the process of dialogue with the Government in the development of draft normative legal acts, to improve the quality of rulemaking, and to introduce international best practices. For these purposes, a certain analytical work was carried out, the world experience was studied.

About 9 developed countries were analyzed on the subject of how law-making practice was built in them. It was compared with Kazakhstan: to what extent similar approaches are being implemented in our country. In principle, as the analysis showed, in Kazakhstan a rather large amount of international experience is used, methods for forecasting the consequences of the introduced regulation are used, and there are mechanisms and procedures for consultations with various target groups. To a greater extent, we now have as a target group for such consultations business associations, as Atameken National Chamber of Entrepreneurs. We have interactive platforms for discussion with citizens in the format of the Internet portal Open NPA.

Unfortunately, the quality of legislation requires its improvement. We still see how often the legislation changes, often the same rules can be amended several times during the year, which in principle affects the final subjects of regulation. Such changes can be characterized as instability of legislative regulation. In this regard, the reform, which is now underway, provides for a whole complex, not only of legislative drafting, but also of an organizational nature.

What is currently under development in this direction?

Firstly, it is planned to introduce a wider practice of street discussion. That is, to involve citizens and target groups in relation to whom specific regulation is applied. In the process of discussing this regulation, it is still at the design stage, that is, not when the draft legislative act has already been drafted, but when the legislative act is only being considered, that is, when the legislation should discuss problems with citizens. To do this, it is proposed to introduce the so-called “green books,” based on the experience of Great Britain, which provide for raising the issue for public discussion with society in order to develop the most correct, high-quality regulation.

The Green Book tool provides for a range of public events. This is a debate, a public hearing, and receiving written feedback. That is, this is the problem of legal regulation, drawn up in a certain document, laid out in the public domain, discussed with the target groups involved. Directly to those entities on which this regulation assumes its distribution.

The second point is that the procedures and mechanisms for public discussion are being reviewed, i.e., the procedures are simplified, citizens' access is improved, dialogue platforms are built according to a common logic, that is, in particular, the regulation of ways to notify target groups of upcoming discussions is provided. It is planned to change the form itself from a discussion of legal texts to a discussion in a more accessible language of the stated problems. It provides for maintaining and regulating methods of public open discussion with the participation of the media.

In addition, it provides for the automation of rulemaking processes, automation of feedback, search automation, determination of the significance of the problems of legal regulation. That is, the Ministry of Justice is currently developing an E-legislation information system that provides for this functionality.

(As of Oct. 17, 2019, the information system has already been developed. This project is being piloted, that is, government agencies are already starting to work on it).

— Yes, of course, corruption is formed, including with the participation of legislation. I agree with that. Indeed, when the wording of the legislation is unclear and involves an ambiguity in its interpretation, this is also an occasion for corruption. As you know, earlier in Kazakhstan there was such an institution called the Anti-corruption Expertise. Unfortunately, this institution has discredited itself to a certain extent. In particular, a great emphasis was placed towards the formalism of examination. In fact, the assessment of real corruption risks was not carried out at all, how many discretionary powers were sought in regulatory legal acts. As a result, this examination did not give the expected result and was abolished. Today this issue is being returned, it is proposed to return the Anti-corruption Expertise, but so that it is not the Ministry of Justice that is involved in this examination, but a specialized Anti-corruption Agency.

We expect that the procedures for conducting this examination will be reviewed, its effectiveness will be increased towards a real assessment of corruption risks. In principle, this can be done. If we are talking about developed countries, then they have the principles of smart regulation, which include, among other things, the principles of “smart” regulation. These approaches can be partially taken and used for Kazakhstan, taking into account our specifics. Therefore, I think that the newly created Agency will be able to deliver and organize this work well if it succeeds in moving away from formalism towards a qualitative examination.

— What other measures are envisaged by the Ministry of Justice to improve legislative work?

— We build the institutional environment, combine all the rulemaking procedures into a single, logically connected sequential process. Today there is a certain fragmentation of these processes. There is a certain departmental competition of draft regulatory legal acts. We tried to smooth out these issues by building in a single process according to a single logic. A single legal act has been developed that will regulate the entire procedure, where government agencies and any interested entity can familiarize themselves with this procedure at any stage and understand how it is carried out. It will not be necessary to look for this information in different laws and regulations of the sub-legislative level.

In addition, the role of the Interdepartmental Commission on Legislative Activities under the Government, whose working body is the Ministry of Justice, is being reviewed and strengthened. The issues of automation of the rulemaking procedures at all its stages, from the stage of planning legislative activities to the stage of evaluating the effectiveness after the adoption of laws, are being worked out. We tried to cover the entire life cycle of legislative regulation with reforms.

In addition to the above, a better forecasting of the consequences of the introduced regulation is being introduced into the practice of developing and planning legislative activities.

We assume that this approach will improve the quality of the analytical component of the development of draft laws, which will subsequently affect the quality of legislative regulation. On the other hand, by increasing the transparency of the activities of state bodies, access to a wide range of target groups is ensured, the procedures for this access are simplified, which should also affect the fact that, having received high-quality feedback, the state will be able to adopt better regulation in the long run.

— Thanks for the detailed clarification!