Kazakhstan will timely fulfill its obligations under COP26 — Askar Mamin 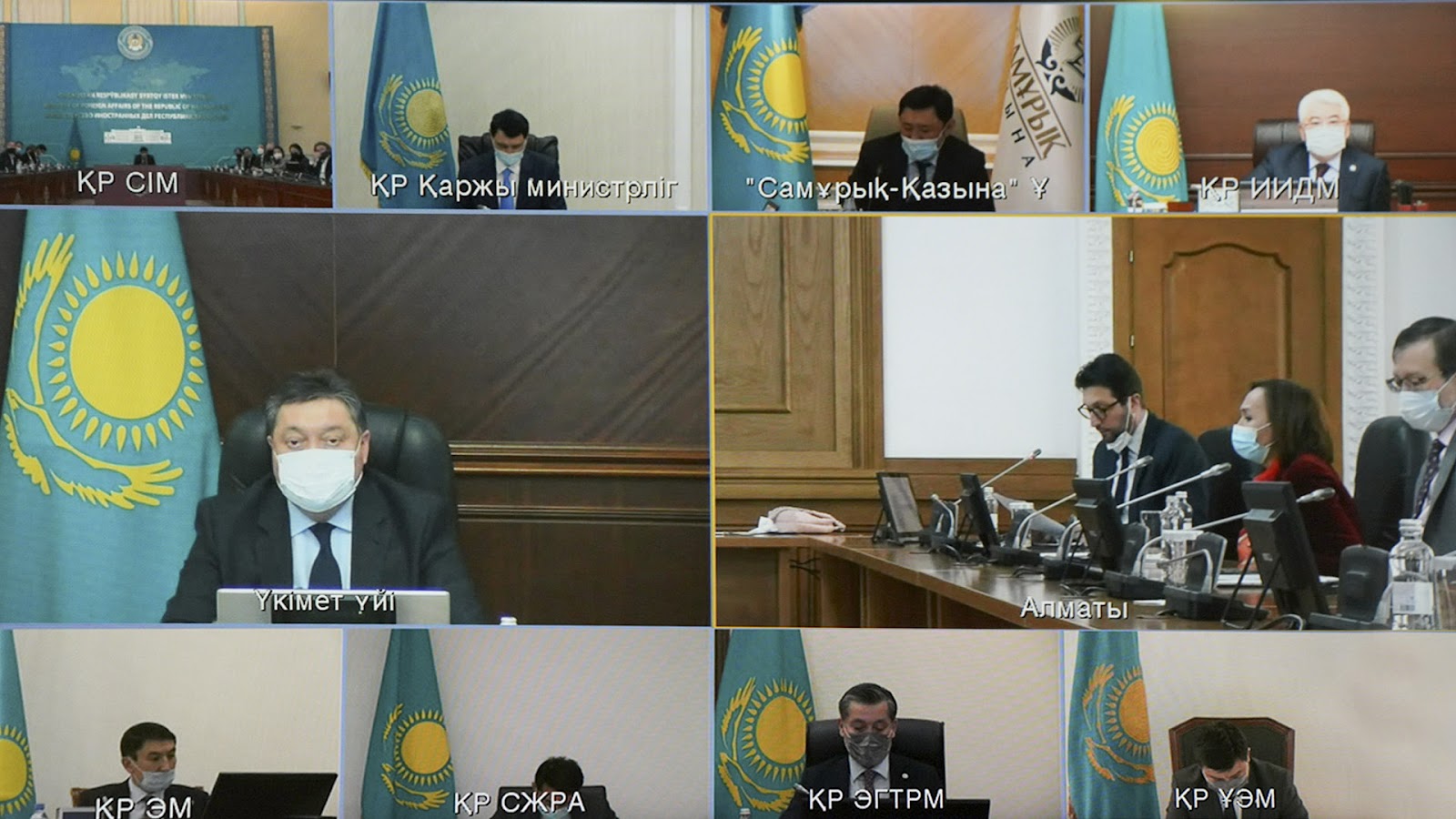 At the meeting of the Council for Improving Investment Climate chaired by the Prime Minister Askar Mamin, issues of developing renewable energy sources and the transition to a low-carbon economy as part of the implementation of Kazakhstan's commitments following the COP26 global climate change summit were discussed.

Organizational, legislative and financial aspects of the process of decarbonization of the economy, the practical implementation of Kazakhstan's updated nationally determined contribution to reduce emissions (NDC), optimization of the energy balance and further increase in investment in the development of renewable energy sources and the green economy in general were discussed.

The Head of Government noted that at the Summit of World Leaders of the UN Framework Convention on Climate Change (COP26) in Glasgow, Scotland, Kazakhstan announced its goal to increase the volume of energy from renewable sources by 5 times from 3% to 15% by 2030, to increase the absorption potential by planting over 2 billion trees, and ensuring that Kazakhstan is carbon neutral by 2060.

The Prime Minister stressed that Kazakhstan has taken a number of measures to improve the investment environment in order to attract foreign capital and advanced technologies to the development of alternative energy.

Over the next four years, it is planned to commission more than 60 new renewable energy projects with a total capacity of 2,400 MW and an investment volume of more than $2.5 billion.

Askar Mamin noted that the signing on Dec. 1, 2021, in Dubai, of the agreements on strategic cooperation between Samruk-Kazyna JSC and the sovereign fund Abu Dhabi Developmental Holding Company (ADQ), as well as investment documents for the construction of solar and wind power plants in Kazakhstan with a total capacity of 4 GW will further enhance investment growth, modernization of the energy sector and development of the renewable energy sources.

“In general, by 2030 Kazakhstan plans to commission more than 180 renewable energy projects with a total capacity of 9 GW. There is no doubt that our country will timely fulfill all its obligations within the framework of COP26,” Mamin said.