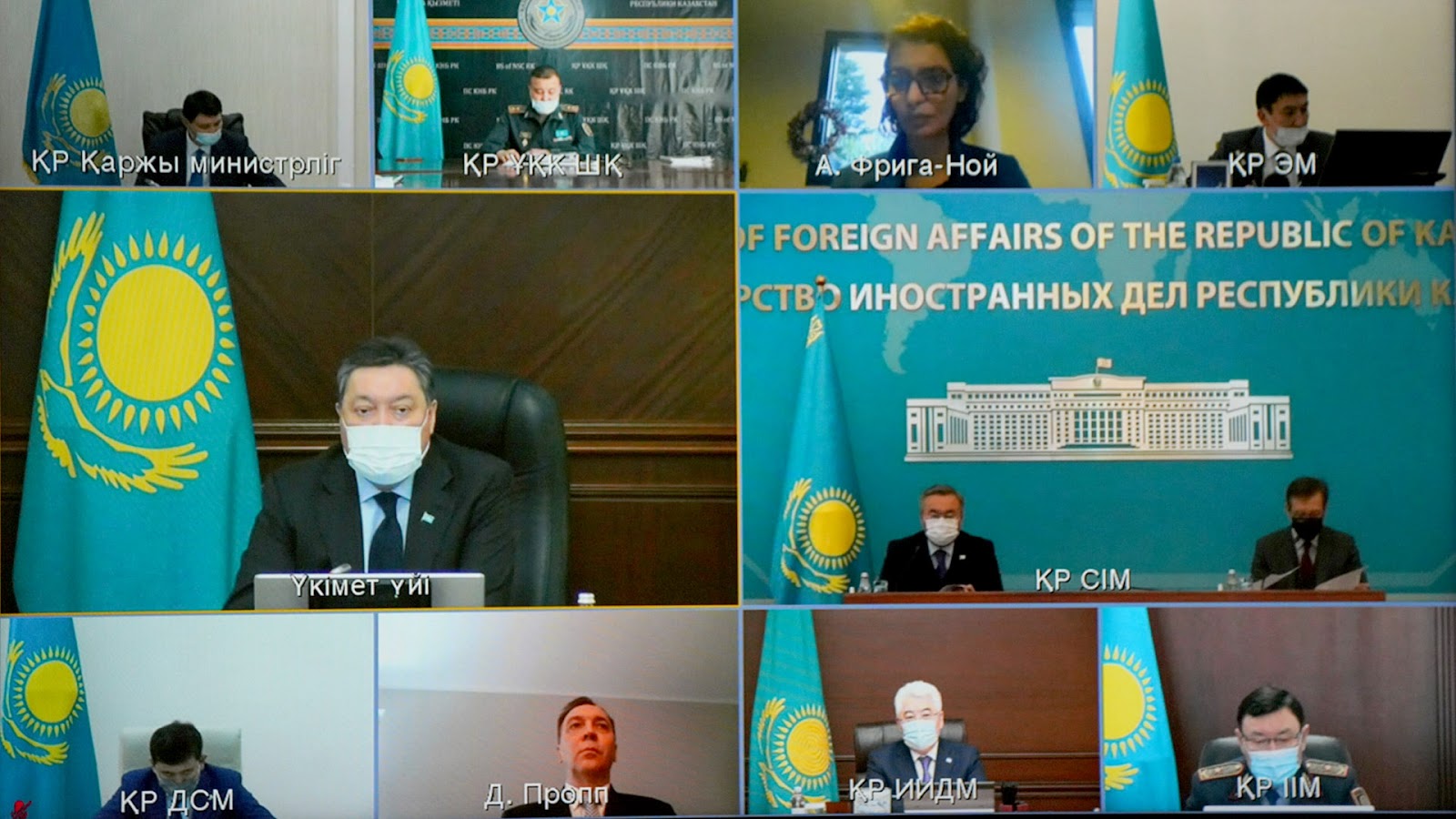 Prime Minister Askar Mamin chaired an interim meeting of the Council of Foreign Investors under the President of the Republic of Kazakhstan. The Chair of the Board of Kazakhstan Foreign Investors Council Association, Managing Partner for EY Kazakhstan and Central Asia Erlan Dosymbekov, Head of Total Energies Kazakhstan Ahlem Friga-Noy, representative of KNAUF in Kazakhstan Dimitri Propp, managing partner of KPMG in Kazakhstan and Central Asia Saken Zhumashev reported on the activities of the joint working groups of FII on the implementation of investment policy, energy, ecology and oil and gas industry, labor legislation, human capital development and attracting foreign labor, digitalization.

The meeting participants discussed topical issues of the investment policy of the Republic of Kazakhstan in the context of the transformation of the global economic agenda and the reorientation of its focus on post-pandemic recovery.

The Prime Minister noted that Kazakhstan was able to successfully overcome the economic consequences of COVID-19. According to the results of 11 months of this year, the economy not only returned to growth, but also exceeded pre-pandemic production figures. For January-November of this year GDP growth was 3.8%.

Against the background of active economic recovery, there is an increase in the inflow of foreign direct investment. In the first half of 2021, the volume of FDI in the Kazakh economy increased by more than 30%.

The largest increase in foreign investment is noted in such industries as information and communications (9.4 times), accommodation and food services (66.1%), manufacturing (57.2%).

Most international financial institutions expect Kazakhstan's economy to grow by up to 4% in 2021 and up to 4.5% in 2022.

The Head of Government named increasing the industrial potential of the economy, promoting integrated integration into global markets, developing agricultural potential, digitalization, improving the quality and accessibility of infrastructure as priority strategic directions of the post-crisis recovery.

The Prime Minister emphasized that over the past year, the proposals of the Council of Foreign Investors under the President of the Republic of Kazakhstan were supported to eliminate the discriminatory approach in calculating the fine for emissions from gas flaring, as well as to optimize the threshold for bringing businesses to criminal liability for tax violations.

Together with Foreign Investors Council, a new investment instrument was developed — an improved model contract in the field of subsoil use, an Interdepartmental front office was created for operational interaction with foreign investors in the oil and gas industry on the principle of one window, a permanent working group on digitalization was formed.