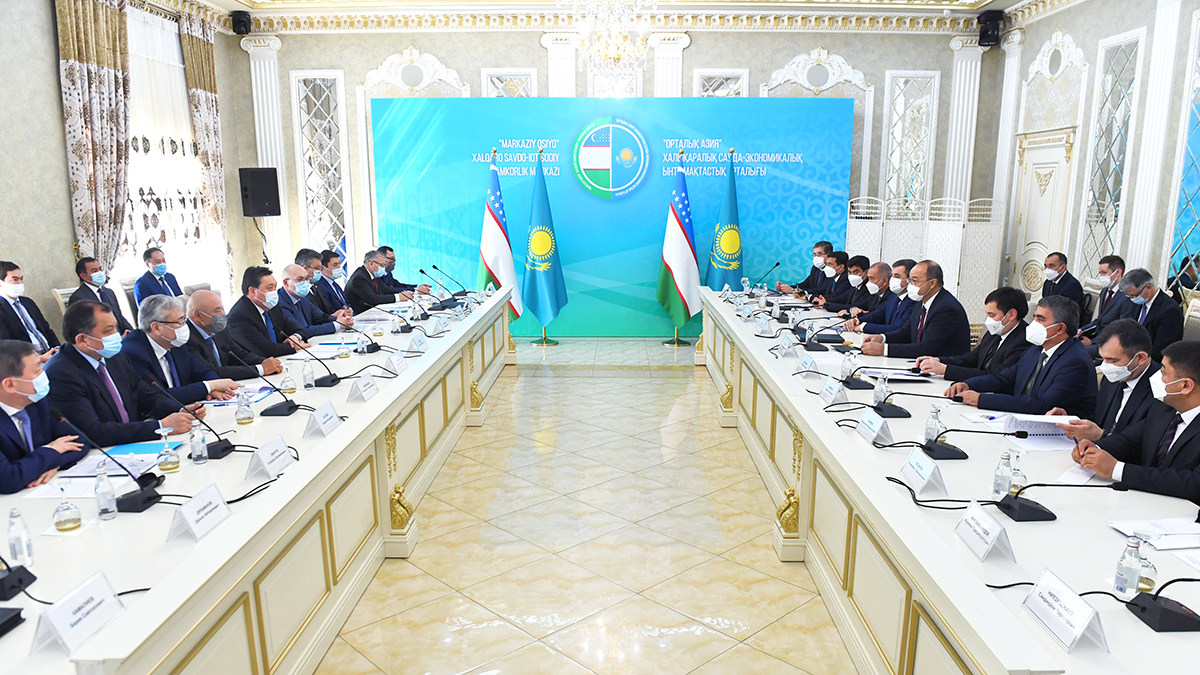 Today, near the Zhibek Zholy checkpoint on the Kazakh-Uzbek border, the Prime Minister Minister of Kazakhstan Askar Mamin and Prime Minister of Uzbekistan Abdulla Aripov held talks and took part in the ceremony of laying a capsule at the construction site of the International Center for Trade and Economic Cooperation (ICTEC) "Central Asia".

Particular attention is paid to the implementation of joint projects in the automotive industry, processing of agricultural products, as well as the construction of a high-speed railway Turkestan - Shymkent - Tashkent.

As a result of the negotiations, Mamin and Aripov signed an action plan for organizing the activities of ICTEC "Central Asia", as well as a protocol on joint actions for the development of railway transport. 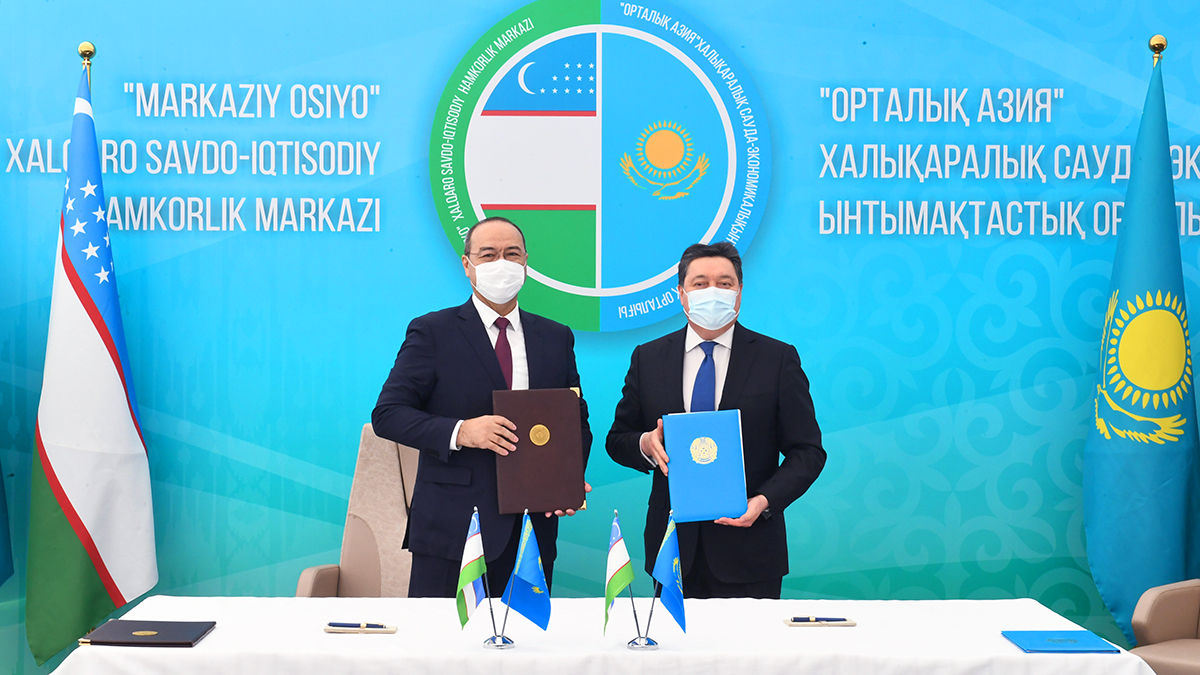 ICTEC "Central Asia" will be located in the area of ​​Zhibek Zholy checkpoint (Kazakhstan) and Gisht Kuprik (Uzbekistan). The total area of ​​the Center will be 400 hectares, the throughput capacity is 35 thousand people and 5 thousand trucks per day in both directions.

The center is intended to become a large industrial, trade and logistics platform for the implementation of joint investment projects of Kazakhstan and Uzbekistan. The most promising areas of industrial cooperation are the manufacturing sector, agro-industrial complex and light industry. 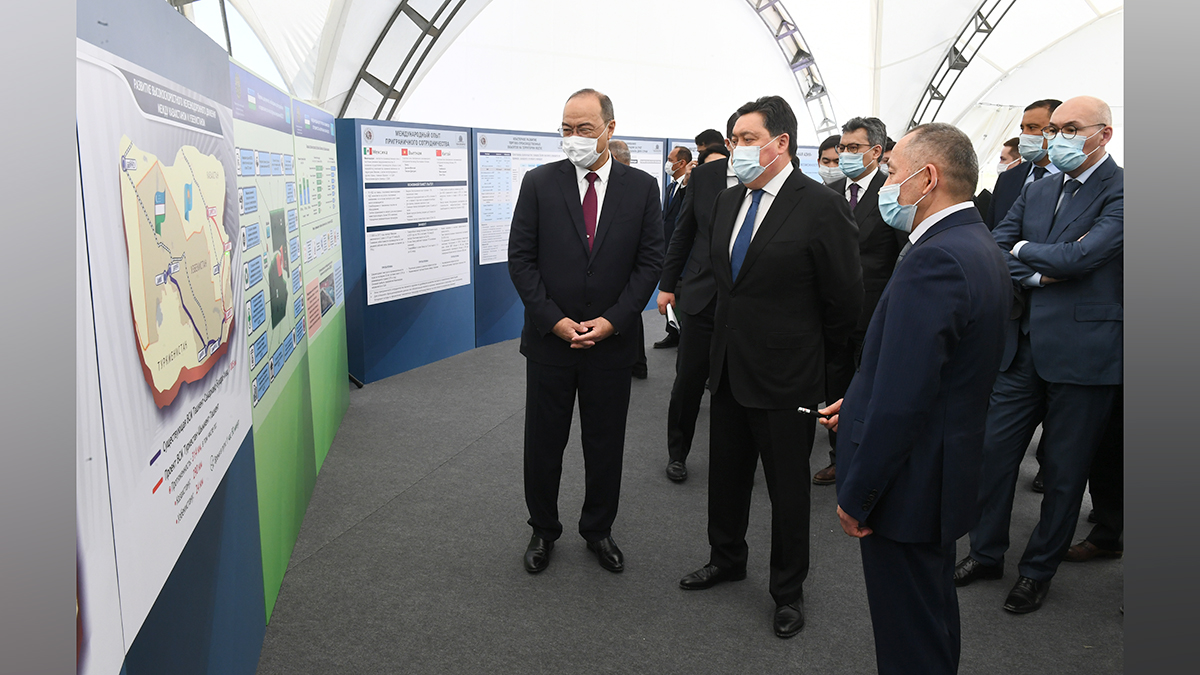 “The governments of Kazakhstan and Uzbekistan are working on the task of bringing the level of mutual trade to $10 billion. The project launched today will serve to achieve this goal and further strengthen the comprehensive strategic cooperation of the two states,” Mamin said.

The Kazakh side expressed interest in creating a single commodity distribution system between Kazakhstan and Uzbekistan by opening three wholesale distribution centers in the Surkhandarya and Fergana regions of Uzbekistan with a total investment of $22.5 million and a transshipment capacity of 67 thousand tons per year. 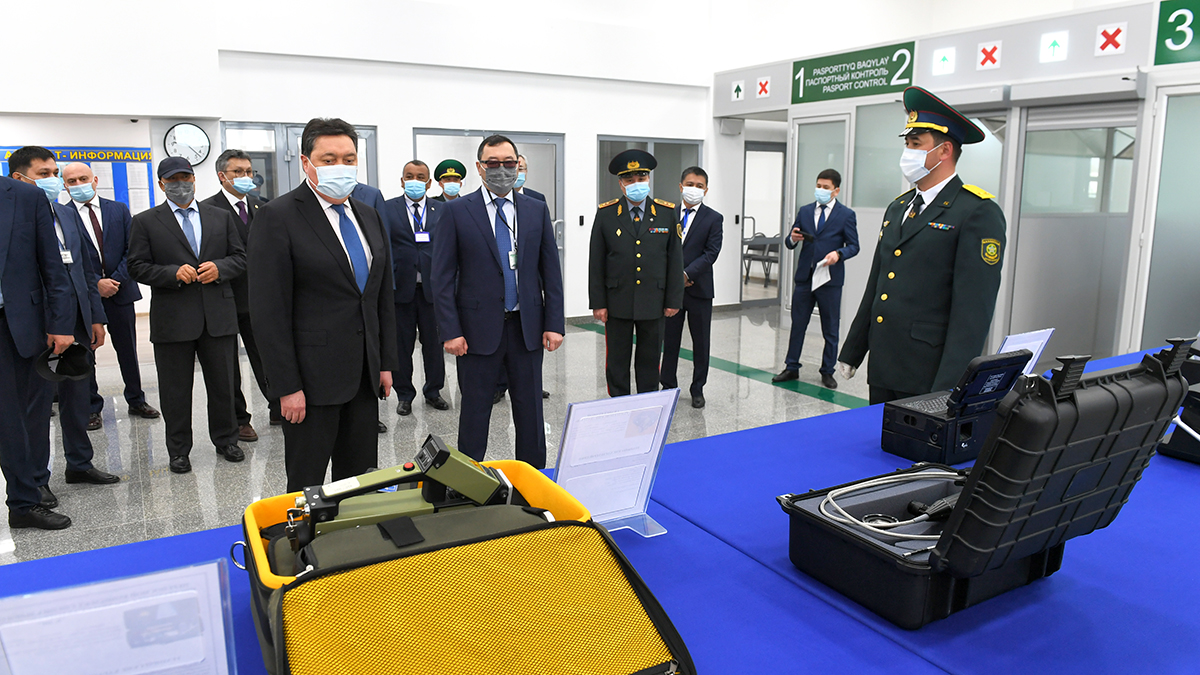 As part of the working trip, the Prime Minister of the Republic of Kazakhstan visited the modernized Konysbayev checkpoint on the Kazakh-Uzbek border. After the reconstruction carried out from July 2019 to December 2020, the area of ​​its building increased by 2 times to 6 hectares, the number of traffic lanes – from 2 to 6, the number of passport control booths – from 6 to 16, modern inspection systems were installed. As a result of the measures taken, the throughput of the checkpoint increased more than 6 times from 150 to 1 thousand vehicles per day in both directions, the transit time was reduced by 2 times from 60 minutes up to 25 min.