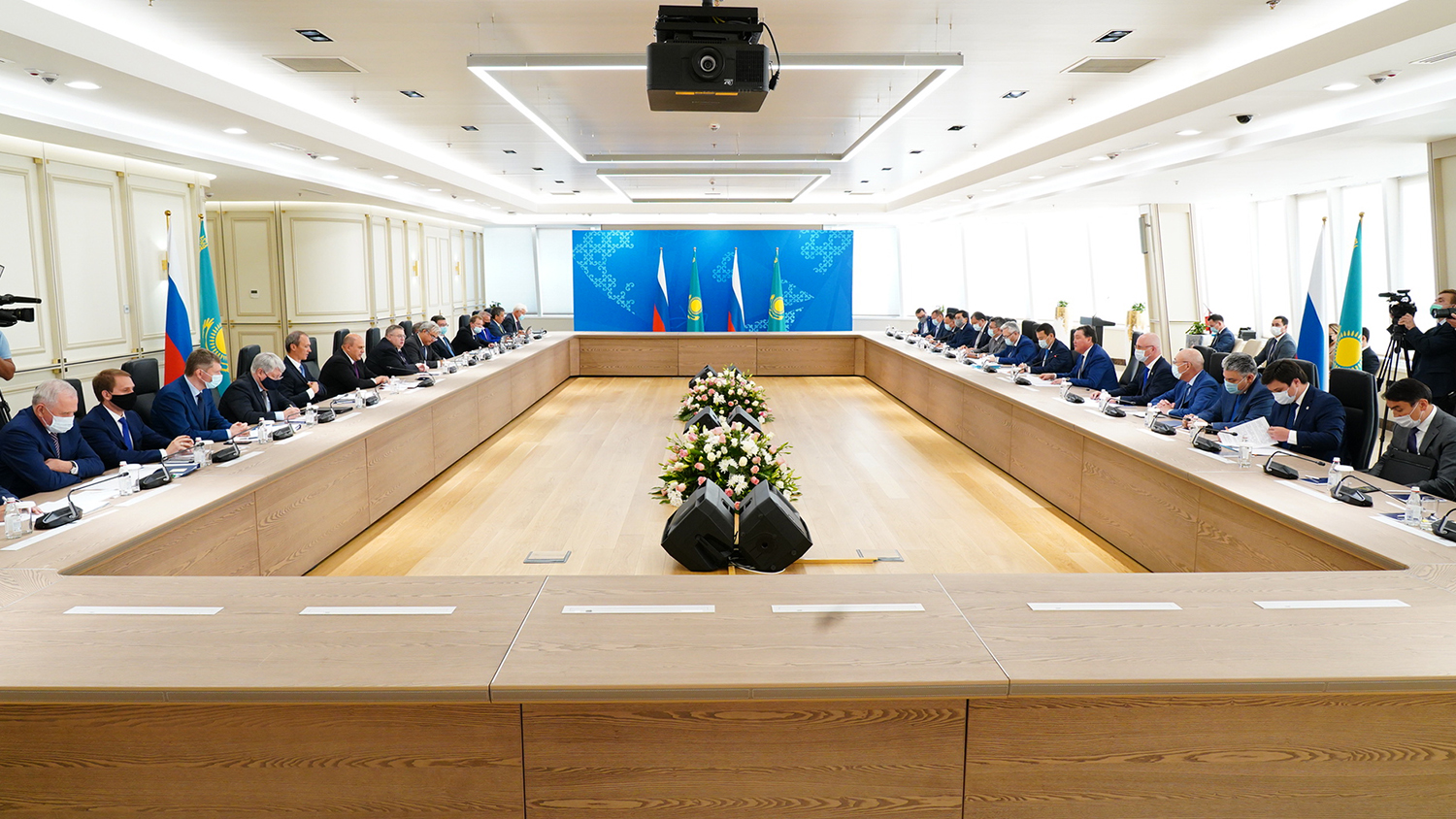 The parties discussed issues of further building up cooperation in the trade and economic sphere, industrial cooperation, transport and logistics, energy and other industries. 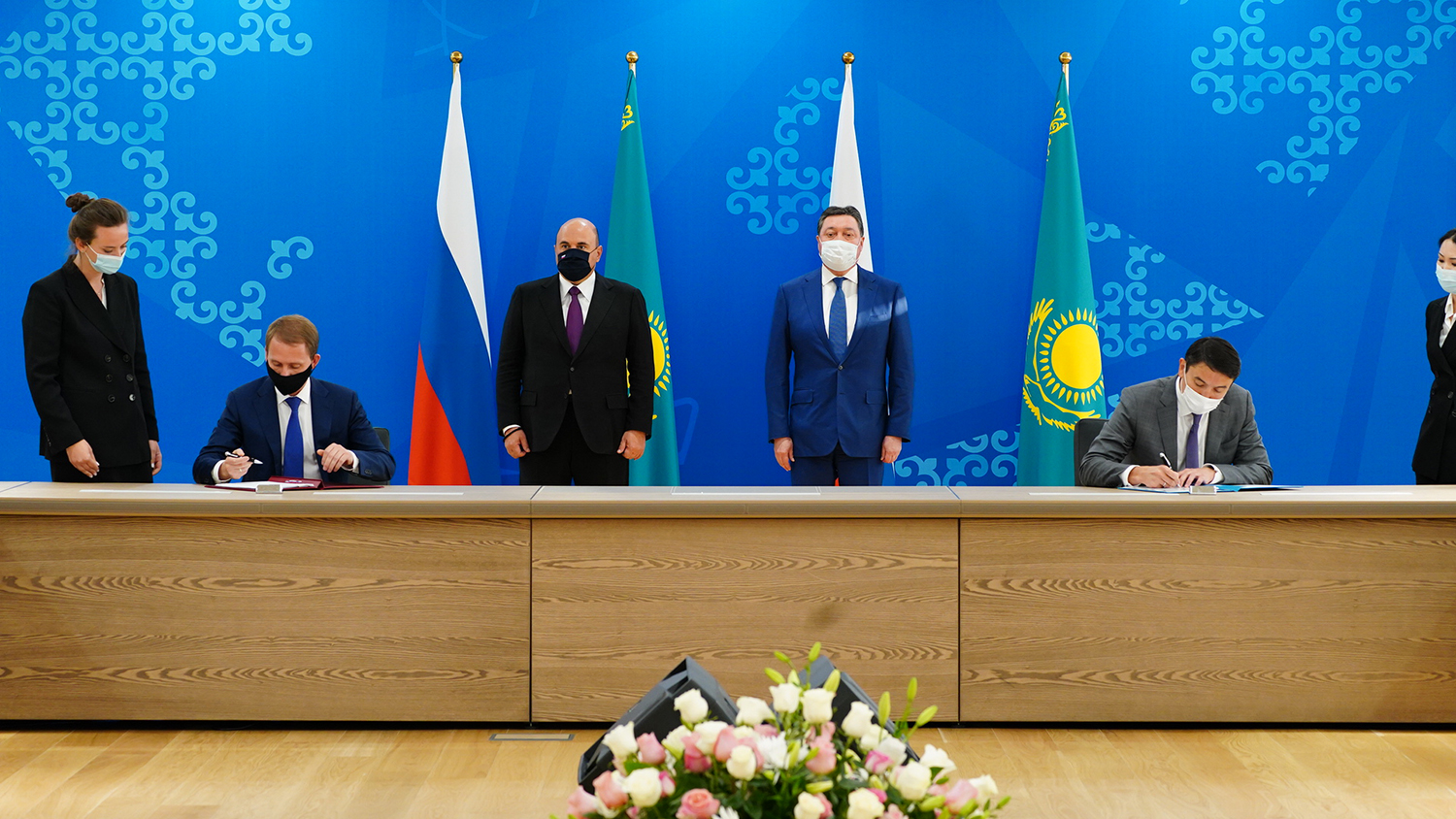 Topical issues of interaction in the format of the Eurasian Economic Union were considered.

Russia is a key trade and economic partner of Kazakhstan. This year, the dynamics of trade and economic cooperation between the countries is gradually recovering. For January-June of this year bilateral trade amounted to $10.7 billion, which is 27% higher than in the same period in 2020. If the current dynamics persist, the volume of trade between the two countries this year may exceed $23 billion. 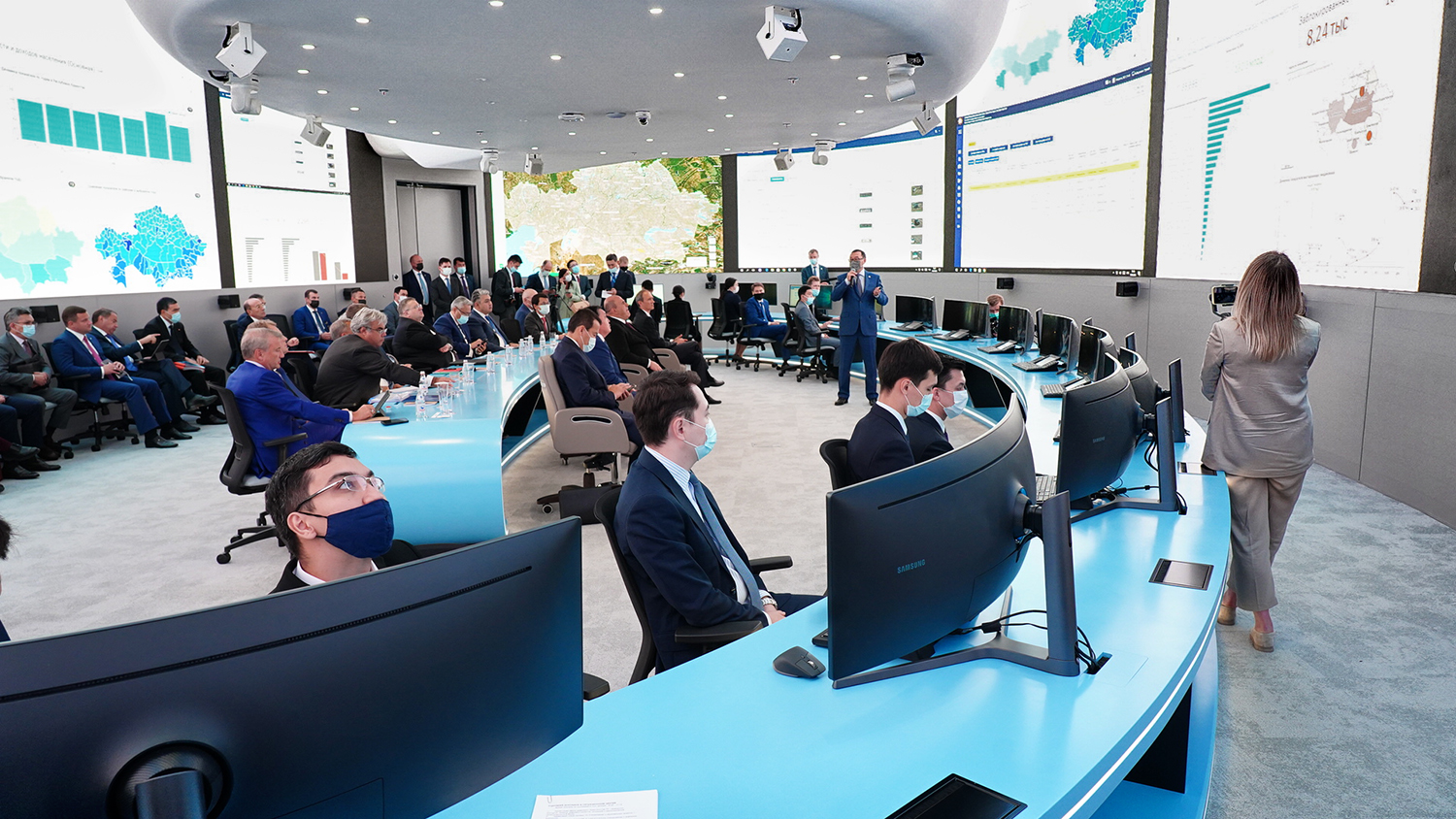 There are 7,791 enterprises with Russian participation and 3,325 joint Kazakh-Russian enterprises. Russian companies are among the five key investors in terms of the amount of funds invested in the economy of the Republic of Kazakhstan. Over the past 10 years, Russia has invested about $ 12.6 billion in Kazakhstan. The investment portfolio of Russian companies is represented in almost every industry.

At the stage of implementation and development, there are 30 joint large projects in the field of industrial cooperation, trade, construction industry, pharmaceutical, petrochemical and light industries totaling $5.3 billion. 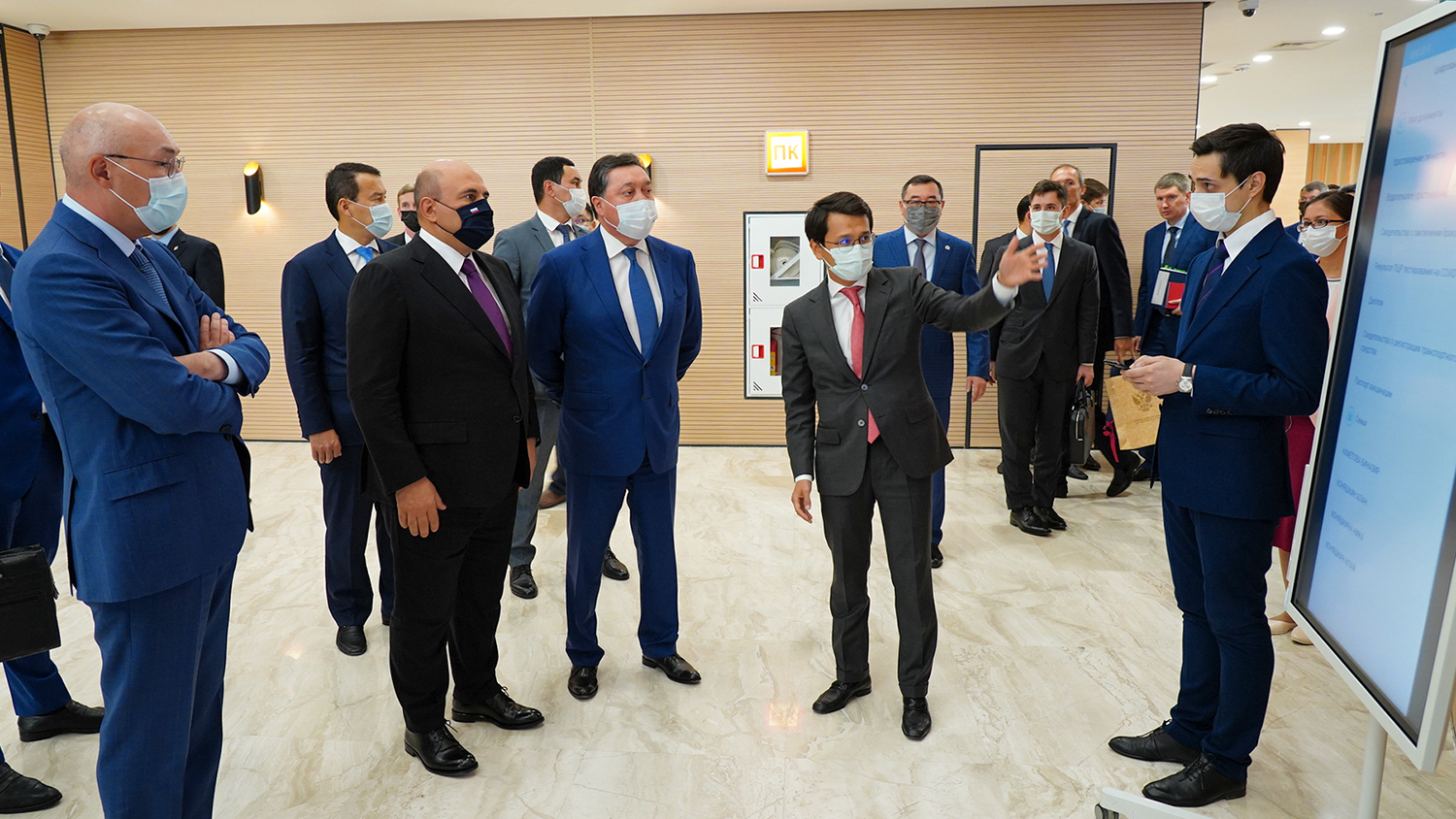 For example, a plant for tire production is under construction jointly with Tatneft, a plant for the production of cast iron and gearboxes of the main drives of driving axles is built together with KAMAZ, etc.

For 6 months of this year, only 406.5 thousand TEUs were transported through Kazakhstan and Russia in the directions of Central Asia, Europe, the Far East, which is 48% more than in the same period of 2020. The volume of container traffic through the territory of Kazakhstan amounted to 326.2 thousand TEU (+ 58%). 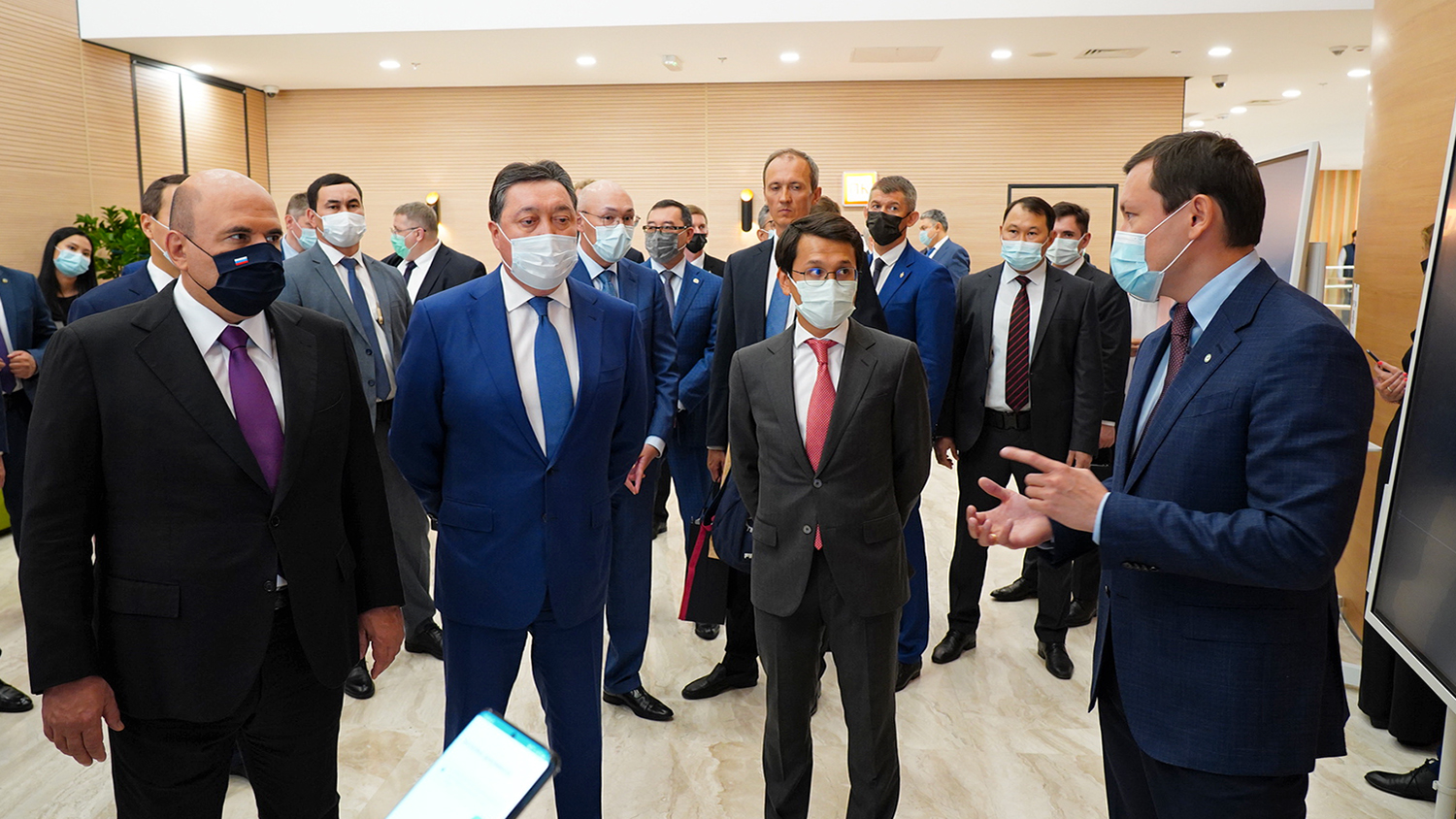 Following the negotiations, in the presence of the heads of the Governments of the two countries, the following series of documents was signed:

- an intergovernmental agreement on the specifics of carrying out economic activities in the border area when mining copper (copper-gold) ores at the Vostochno-Tarutin (Republic of Kazakhstan), Tarutin (Russian Federation) deposits;

- an action plan for cooperation between the AIFC and the Republic of Tatarstan;

- a memorandum of cooperation on sustainable development strategies between the Agency for Strategic Planning and Reforms of the Republic of Kazakhstan, the AIFC, the Skolkovo Moscow School of Management;

- a roadmap for enhancing the transition to the transportation of goods and wagons with the participation of JSC Russian Railways and JSC NC KTZh / LLP KTZh-GP using paperless technology;

- a memorandum of cooperation between JS NC KTZh and JSC Russian Railways in the field of organizing the transportation of agricultural products by rail.

The Prime Minister Askar Mamin and the Prime Minister of the Russian Federation Mikhail Mishustin got acquainted with the work of the Digital Office of the Government of Kazakhstan, ongoing projects in the field of digitalization of public services to the population and business entities, as well as the activities of the AIFC.