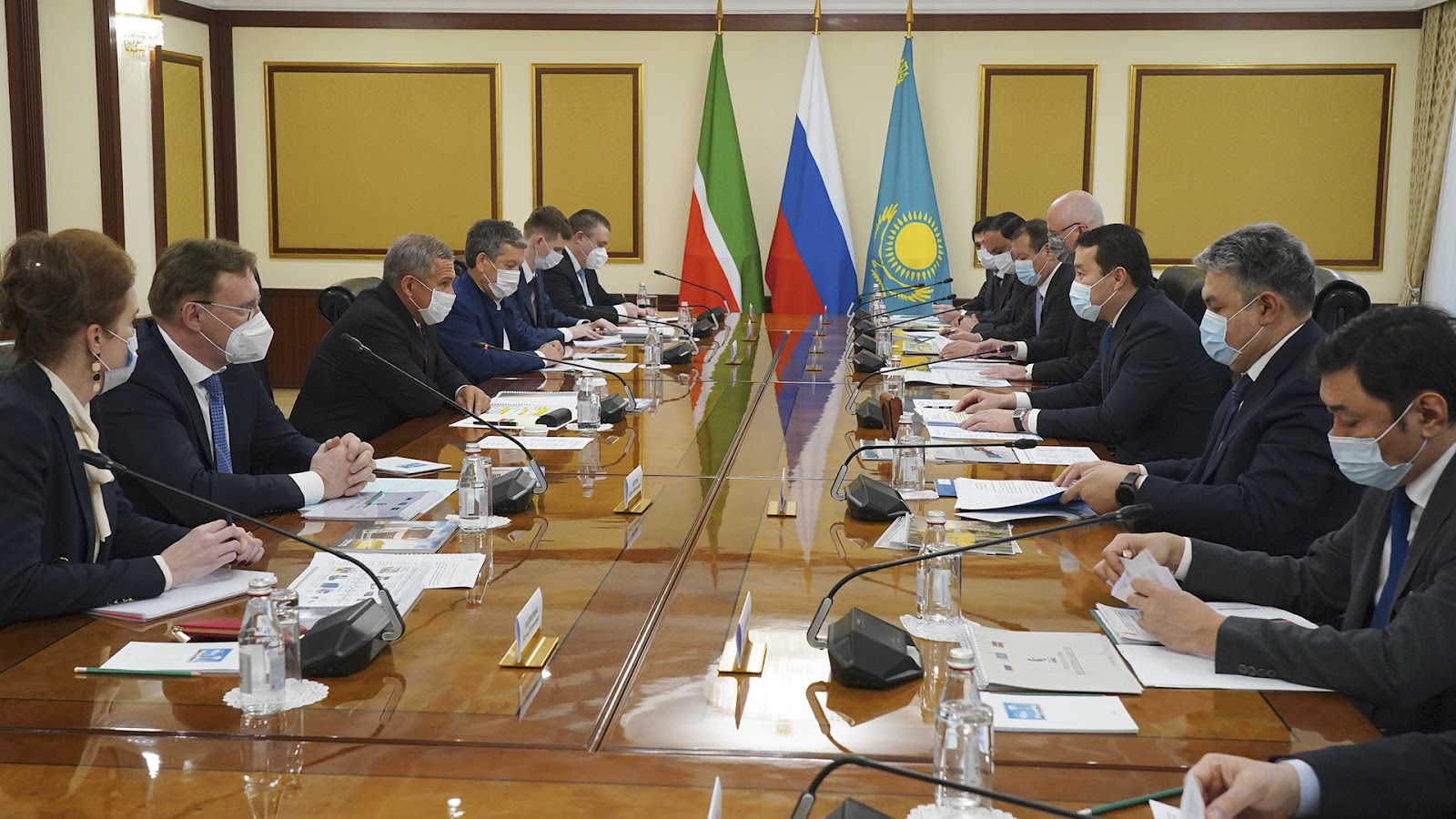 Prime Minister of the Republic of Kazakhstan Alikhan Smailov met with President of Tatarstan Rustam Minnikhanov, who arrived in Kazakhstan on a working visit.

Rustam Minnikhanov expressed deep condolences to the families of those killed as a result of the aggression of destructive forces, as well as support for the people of Kazakhstan at such a difficult moment for the country.

Issues of bilateral cooperation in trade, economic, agricultural, petrochemical, industry and other sectors were discussed.

Particular attention was paid to the implementation of joint projects in mechanical engineering: the construction of a tire production plant in the city of Saran, Karaganda region with a capacity of 3.5 million multi-purpose tires annually, subsequently bringing up to 9 million tires per year (the launch is scheduled for 2022), the construction of plants for production of cast iron and drive axle gearboxes in Kostanay (commissioning is scheduled for 2023-2024).

The prospects for the implementation of joint projects to increase the localization of the production of drive axle beams, as well as the creation of KAMAZ engineering research center in the Republic of Kazakhstan, were considered.

A project for the production of butadiene rubbers in the Atyrau region, used in the modification of bitumen, the manufacture of adhesives, glues, rubbers and environmentally friendly tires, is at an active stage. The cost of the project is about $1 billion, the implementation period is 2021-2025, the production capacity is 186 thousand tons of butadiene rubber per year.

Kazakhstan is one of the leading foreign partners of Tatarstan. Bilateral trade turnover for 11 months of 2021 amounted to $423.3 million. In the coming years, the parties intend to bring this figure to $1 billion.