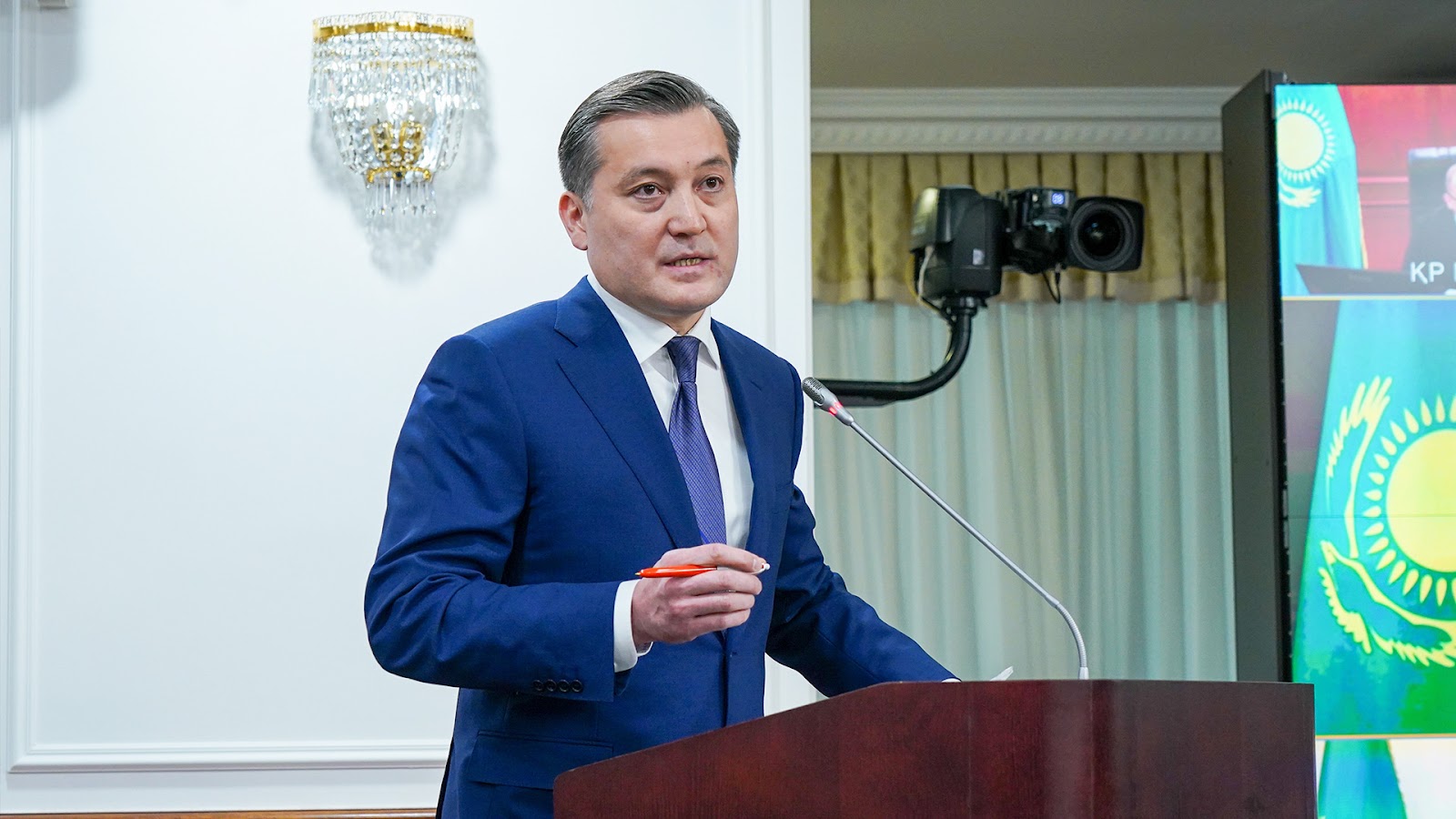 At the Government session chaired by the Prime Minister of the Republic of Kazakhstan, Alikhan Smailov, the issues of water resources use in the agroindustrial complex were considered. The Ministers of Ecology, Geology and Natural Resources Serikkali Brekeshev, Agriculture Yerbol Karashukeyev, Akims of Kyzylorda region Nurlybek Nalibayev, Zhambyl region Nurzhigitov and Turkestan region Darkhan Satybaldy reported on this topic.

This year, despite the continuing low-water cycle in major river basins, especially in southern regions, the growing season was stable, according to Minister of Ecology, Geology and Natural Resources Serikkali Brekeshev.

"According to preliminary data this year, about 11.6 km3 of the total water withdrawal is for regular irrigation. Of which 97% or 11.3 km3 falls on five southern regions. That's Almaty, Zhambyl, Turkestan, Kyzylorda and Zhetysu regions, with a total irrigated area of 1.61 million ha or 73% of the country's total," Brekeshev said.

In order to ensure a stable vegetation period in these regions, preparatory work was begun in November 2021. In this regard, a special Work Plan was approved, within which internal and external activities have been implemented, including the following.

Second. Repair and rehabilitation work on the interstate canals in the transboundary river basins.

Within the framework of cooperation with neighbouring countries, the following work has been carried out.

Thus, the issue of water supply through the Dostyk canal in summer months in the volume of 330 million m3 was solved with the Kyrgyz side within the framework of commodity exchange and supply of electric power on a commercial basis. In addition, experts of the parties visited the interstate water management facilities in the Shu and Talas river basins. An agreement was reached with the Tajik side to let the volume of water discharged from Toktogul through the Bakhri Tojik reservoir. The terms of release of the Bakhri Tojik reservoir have also been agreed. In Dushanbe, a trilateral protocol (Tajikistan, Uzbekistan and Kazakhstan) fixed these conditions.

In addition, the forecast operation mode of the Naryn-Syrdarya reservoir cascade was agreed, according to which the inflow to the Shardara reservoir was expected to be 3.9 billion m3. At the end of the growing season, the inflow was 4 billion m3 of water.

For the Shu and Talas River basins, water delivery schedules were signed and approved with the Kyrgyz side in April 2022. In particular, for the Talas River for 500 million m3 and for the Shu River for 220 million m3. There was no acute water shortage in inland water sources. Water was supplied according to the submitted requests in full volume.

It should also be noted that based on hydrological forecasts, a difficult water situation was expected in the transboundary Syrdarya river basin. However, due to the measures taken and climatic conditions, the water situation has stabilized.

Thus, the Syrdarya river channel was recharged before the beginning of mass vegetation, irrigated lands were recharged, lakes systems and hayfields were filled up.

Within the framework of internal activities the Ministry has carried out the following works:

First. Repair and rehabilitation of 5,322 culverts in transboundary river basins were carried out.

Second. Reconstruction and mechanical cleaning of 1,512 km of main and inter-farm canals was implemented. This allowed reducing water losses by more than 450 million m3.

Third. To reuse collector-drainage water for irrigation, 67 pumping stations have been purchased.

Fourth. In order to transmit information promptly, gauging stations have been automated on 89 canals.

"It should be also noted that these gauging stations are currently working in test mode. Each sensor transmits real-time information on water level and discharges to the control center. Thanks to this we are able to quickly obtain the necessary information to determine water discharge on the canals," Brekeshev said.

The akimats have carried out the following work in the southern regions.

In order to reduce water shortages in Almaty, Zhambyl, Kyzylorda and Turkestan regions and Zhetysu region, they have reduced water-intensive crops. At the same time, water rotation and irrigation priorities have been organized in order to save water.

Overall, 1,030 km of canals were mechanically cleaned and water-saving technologies were applied to 107,000 ha.

In addition, funds in the amount of 3.6 billion tenge were allocated for Kyzylorda region from the Government's reserve to purchase pumping units and carry out repairs and drilling of wells. In general, thanks to the measures taken in advance, the growing season in the southern regions passed without losses.

As of today, a special Plan has been approved to prepare for the growing season of 2023 and initial works have started.

At the same time, since January 2023, together with the Ministry of Agriculture and regional akimats it is planned to carry out appropriate explanatory work among farmers. In this regard, it is necessary to carry out the following work:

First, provincial akimats should coordinate actions of water supply organizations with farmers on provision of their irrigation water, observance of irrigation technologies, on application of irrigation sequence and reuse of collector-drainage water;

Second, the Ministry of Agriculture should continue work on state support for introduction of water-saving technologies on irrigated lands and strengthen monitoring of reclamation state of irrigated lands.

For its part, the Ministry of Ecology, Geology and Natural Resources will continue cooperation with neighbouring countries on transboundary rivers, as well as repair and reconstruction on all canals. 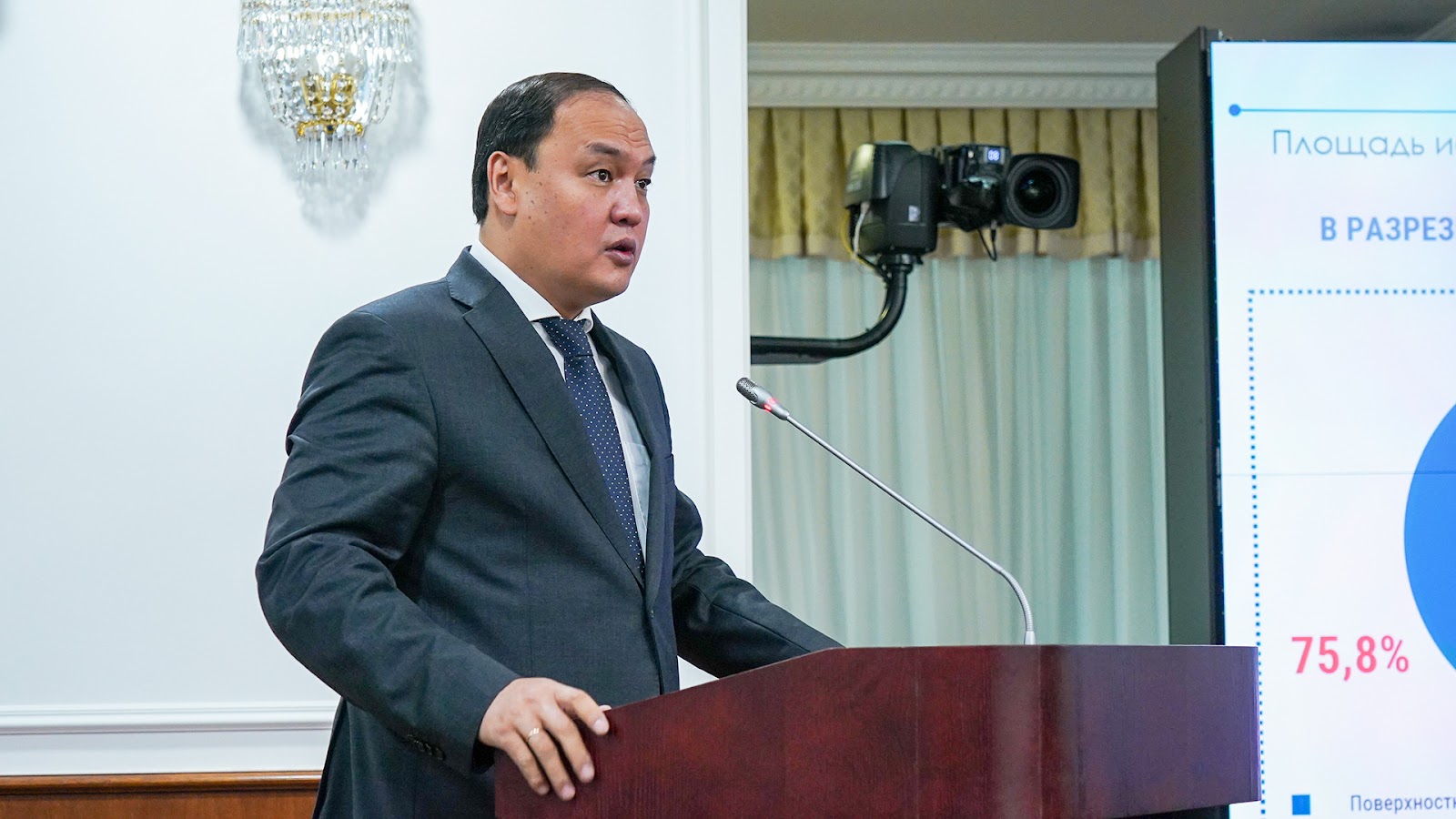 In his turn, the Minister of Agriculture Yerbol Karashukeyev said that thanks to measures taken by the Government together with akimats as well as to favourable weather conditions it was possible to grow and harvest crops from irrigated lands in the planned volume without significant losses. One of the important tasks is the rational use of irrigation water on irrigated land.

In terms of crops, irrigated land is cultivated with cereals, oilseeds, fodder crops, vegetables and melons, cotton, potatoes, rice, sugar beet. The main share is taken by rain-fed crops such as wheat and barley, as well as monocultures such as cotton and rice.

In this regard, region akimats should intensify work on transition to highly profitable crops and water-saving irrigation technologies.

According to the minister, in the last few years there has been an acute water shortage in Kyzylorda region, and the flow of the Syrdarya River has dropped several times. The condition of the existing collector-drainage systems has deteriorated, resulting in increased soil salinisation and the withdrawal of land from agricultural use.

In this regard, the Ministry of Agriculture together with the akimat of Kyzylorda region studies the possibility of introducing mechanized irrigation (experience of USA and Brazil) in rice production, optimization of crop rotation, improvement of seed material.  In case of possibility to use such technologies in conditions of soil and climatic peculiarities of the region, it is possible to reduce water consumption.

However, business forecasts for raw cotton prices did not materialise. Global cotton prices have fallen due to lower demand from importers.

"In order to resolve this issue, it is proposed to take measures aimed at solving the problems of sales, namely to determine the forecasted area of sowing based on the possibilities of its further sale, the forecast of water availability in the region, as well as the development of domestic processing of cotton fibre, including the involvement of foreign companies," Karashukeyev said.

The Ministry of Agriculture and the Turkestan region Akimat are working on those issues.

As part of the National Agribusiness Development Project, this year under the plan to introduce water-saving technologies on 265 hectares, the actual performance of the plan is expected at 279 hectares (plan fulfilled by 105%).

A significant incentive for introduction of such technologies is the program on subsidizing 50% of costs incurred for purchase of modern irrigation systems, as well as for supplying all necessary infrastructure.

Under the programme, more than 400 agribusinesses were subsidised in 2022 at a cost of 11.6 billion tenge.

In order to improve the competence of farmers and disseminate knowledge in modern irrigation technologies, a training programme is being implemented through point-to-point consultations, seminars and the production of training videos.

In order to cover all irrigated lands of the republic with ameliorative monitoring, the structure of hydrogeological and ameliorative service has been optimized this year. In the framework of the republican budget for 2023-2025 financial means are provided for its material and technical equipment.

According to data of soil-reclamation research, saline lands with different degrees of salinization amounted to about 855 thousand ha, including 130 thousand ha with high degree of salinization. The main areas of such lands are located in Kyzylorda, Turkestan, Almaty, Zhambyl regions and Zhetisu region.

In order to improve meliorative state akimats of regions and water management organizations are recommended to provide proper operation of irrigation and collector-drainage systems, observance of norms and terms of leaching and irrigation as well as application of zoned and optimal elements of irrigation technique.

Based on the above-mentioned, in order to maximize the potential of irrigated lands it is necessary:

The Ministry of Agriculture together with the provincial akimats:

To the Ministry of Ecology, Geology and Natural Resources:

According to Zhambyl region Akim Nurzhan Nurzhigitov, according to the Road Map of Irrigated Lands Rehabilitation by 2025 it is planned to provide 124 thousand ha with water.

Besides, in the nearest two years repair works on 306 water objects will be carried out, 55 thousand ha will be put into operation.

"The total volume of groundwater in the region is 1.7 billion m3, including 4.4 million m3 renewable per day. In a 120-day growing season, 535 million m3 of water can be used for irrigation. In areas with water shortages, we plan to drill 646 wells," Nurzhigitov said.

To date, 84 new wells have been drilled in the region, and 3.2 thousand hectares of land are covered by water supply.

Water-saving technologies have been brought to 51,000 hectares.

In this regard, he said, 6 new water reservoirs were planned to be built to solve the water shortage problem.

Next year Andas-1,2,3 water reservoirs will be constructed through the Ministry of Ecology, Geology and Natural Resources of the Republic of Kazakhstan.

Besides, design and estimate documentation is being developed for construction of new reservoirs "Rgaiti", "Kalguty" and "Akmola", construction of which will start in 2023.

According to the head of the region, in case of construction of these reservoirs 43,5 thousand hectares of irrigated land will be provided with water.

"As a result of the work done during the growing season, depending on the demand of farmers, water was distributed correctly and supplied unhindered. Water from the transboundary rivers Chu, Talas was received according to the schedule agreed with the Kyrgyz Republic. In the current year, water accumulation in water bodies was carried out according to the schedule. On average 90% of water was collected in 9 large reservoirs located in the region for the growing season," Nurzhigitov reported.