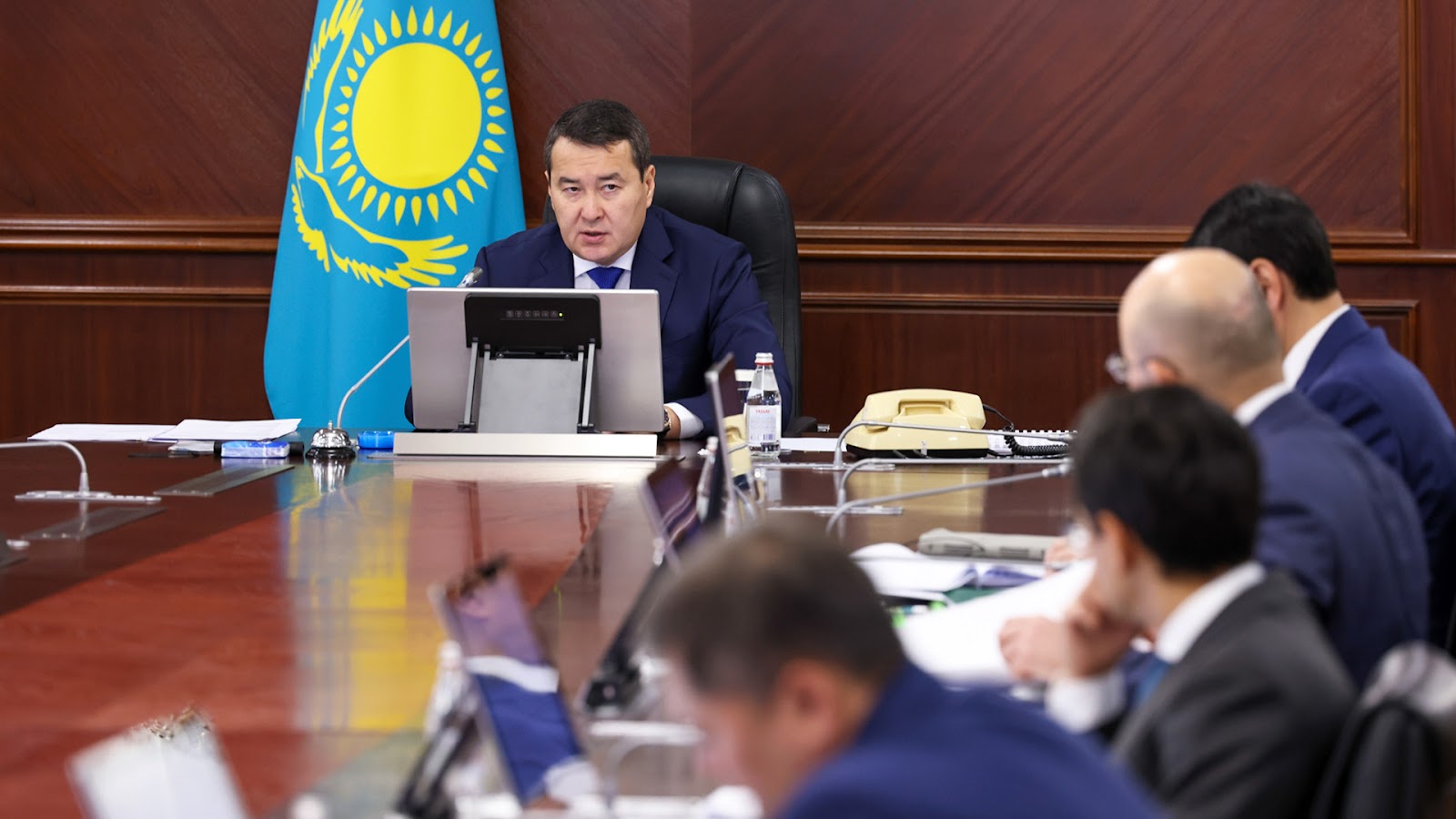 The progress of implementation of the Technological breakthrough through digitalization, science and innovation National Project was considered at the Government session chaired by the Prime Minister of the Republic of Kazakhstan, Alikhan Smailov.

Bagdat Mussin, the Minister of Digital Development, Innovation and Aerospace Industry, said that within the framework of the National project, reengineering of 175 business processes of state services was carried out using new methods, which resulted in reduced paper consumption and the level of bureaucracy in general. Full reengineering of all 5 thousand business processes will be carried out till 2025. Conversion of public services into electronic format is carried out according to the plan, for today their share has reached 94%.

Also, the possibility of obtaining nine public services through video service without visiting the State Corporation Government for Citizens has been realized. By the end of the year their number will be brought to 44. At the same time the modernization of the NJSC State Corporation Government for Citizens is carried out according to the plan: 8 new front offices are already serving the population, 115 population service centers will be modernized till 2024.

Based on Kaznedra single platform minerals.gov.kz was launched today in the test mode. Even now 1.5 thousand e-reports are available for subsoil users in their personal accounts displayed on the interactive map. It is possible to apply for the relevant license for subsoil exploration and carry out electronic correspondence with the authorized state body via the platform. 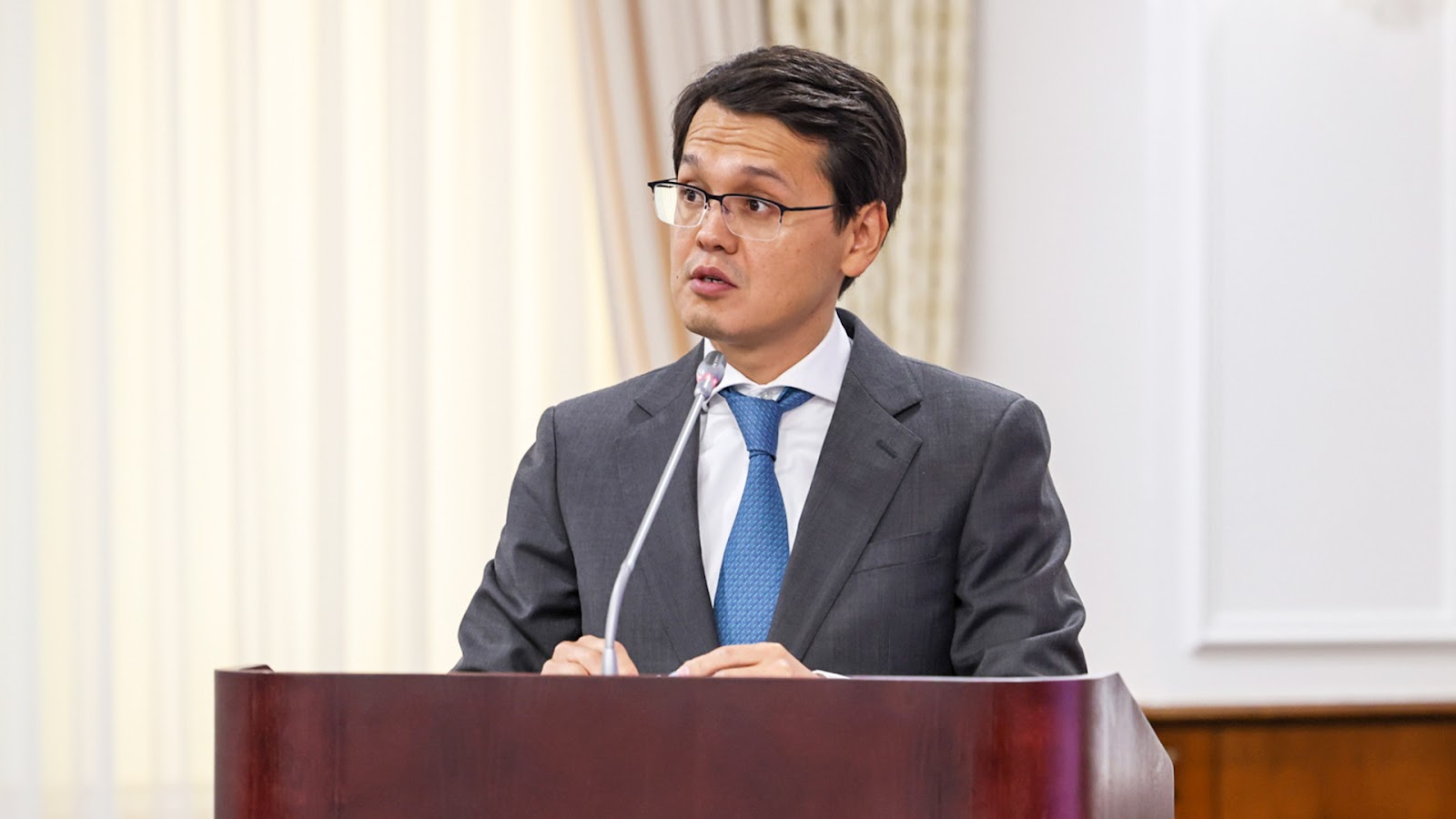 As part of the digitalization of the areas of construction and transport on the eQurylys platform  is the process of controlling the construction of 92 national highways.

In the agricultural sector, a new subsidy system has been launched since July 1, 2022. It has all the information necessary for farmers on state support measures, which will allow them to reduce costs by 30% and red tape with documents in general.

In the sphere of fuel and energy complex an information system of oil and gas condensate accounting was put into operation, to which all gas stations are connected. Now information about sales and stocks of fuel and other raw materials will be available online.

One of the most important projects in the digitalization of education is the digitization of the textbook portfolio. 97% of the existing 670 printed textbooks have been digitized. 100% digitization will be achieved by the end of the year.

Sayasat Nurbek, the Minister of Science and Higher Education, spoke about the work being done within the National Project to increase the competitiveness of the scientific ecosystem.

Having heard the speakers, the Prime Minister noted that the implementation of the National project should increase the share of GDP in IT-sphere to 5% and the share of private co-financing of applied research at least 50%. In addition, it implements a pool of projects that make it easier to get social support.

"One of them is the recently launched Digital Family Card pilot project. It allowed to cover more than 480 thousand families who are potential recipients of targeted social assistance, as well as about 100 thousand citizens who receive pension payments and allowances. It is planned to put the project into operation by the end of this year," Alikhan Smailov said.

Also, he said, it is planned to launch a Social Wallet system, as well as the Kaznedra platform, which will allow investors to monitor the data bank of minerals in real time.

Prime Minister stressed that the Government faces major challenges to improve the results of scientific research and its application in various sectors of the economy, to move away from the practice of research for a research's sake.

In this regard, added Alikhan Smailov, in recent years significant changes have been introduced in the legislation on science and its funding has almost doubled.

"We need an effective return on investment. Domestic industry, the scientific community, universities and business need to establish closer ties. Scientific advances must be implemented into production and bring practical benefits to the population. The Ministry of Science needs to pay special attention to this," Alikhan Smailov emphasized.

At the same time the Prime Minister noted that in a number of areas the previously outlined plans and indicators had not been fulfilled. For example, the development of a unified eHealth ecosystem for continuous monitoring of patient health and proactive delivery of medical services has not been carried out in a timely manner. In addition, there are questions about the implementation of the Digital Agroenterprise and Digital Quarry projects. The automation and centralization of the state cadastre of land and real estate has not been completed.

"And in general, there is a problem with the quality of Internet provision. Not to mention remote settlements, even in our major cities the Internet signal does not match the quality. There are many complaints from the population. Even digital platforms and information systems are of no use if the quality of the Internet is poor. The Ministry of Digital Development needs to keep this problem under special control," Alikhan Smailov said.

He also added that in the sphere of digitalization, more active coordination of all interested state bodies and organizations is needed.

In conclusion, Alikhan Smailov ordered to take systematic measures to reduce the number of failures of information systems, to ensure the effective work of Digital Family Card and Social Wallet projects by the end of this year, and also to launch the Kaznedra platform by the end of 2023.

In addition, for broad involvement of private investment in scientific and technical development of the country Prime Minister instructed to work out the issues of inclusion in the list of priority investment projects the creation of new research centers and laboratories.