Measures to provide irrigation water to farmers considered by Government 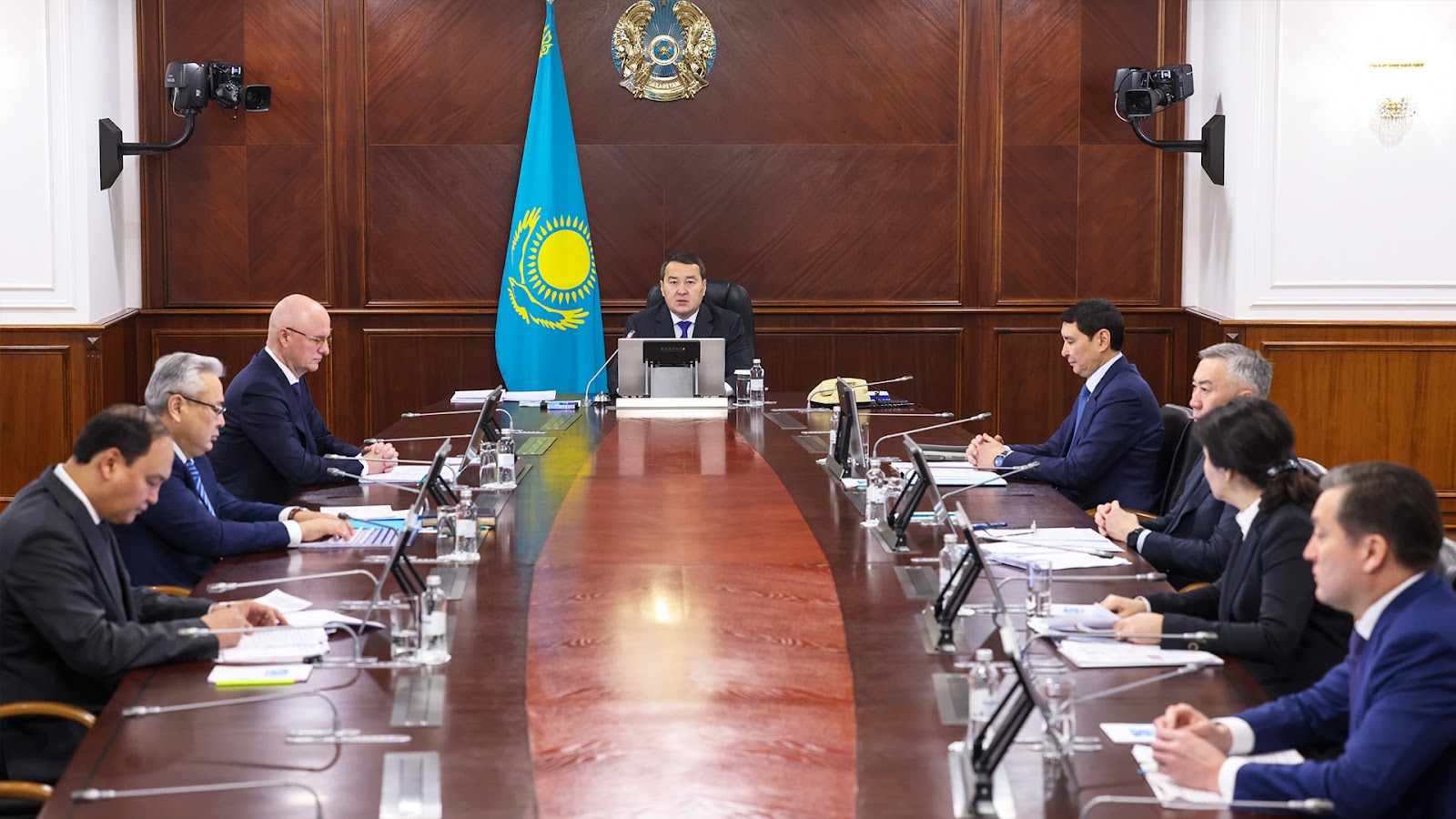 At the Government session chaired by Prime Minister Alikhan Smailov the objectives on water resources use in the agricultural sector were considered.

As Minister of Ecology, Geology and Natural Resources Serikkali Brekeshev reported, this year about 11.6 km3 of water was allocated for regular irrigation, 97% of which went to five southern regions Almaty, Zhambyl, Turkestan, Kyzylorda and Zhetysu, with total irrigation area 1.61 million ha (73% of the country).

During the reporting period, 5,322 drainage intakes in transboundary river basins were repaired; 1,512 kilometers of main and inter-farm canals were reconstructed and mechanically cleaned; 67 pumping systems were purchased to reuse collector-drainage water for irrigation; and water-saving technologies were applied on 107,000 ha.

As of today, a special plan has been approved for preparation for the growing season of 2023, within the framework of which the preliminary works have already begun.

Prime Minister stressed that providing agriculture with necessary water directly affects the food security of the country, since more than half of water consumption falls on the agricultural sector.

Nevertheless, meeting the needs of the agro-industrial sector is becoming more and more complicated year by year, due to the increasing water shortage. According to Alikhan Smailov, a number of factors influence this: dependence on incoming water from the territory of neighbouring countries, the continuing cycle of low water in the region, the high level of water loss on irrigation canals, as well as the insufficient use of water-saving technologies.

"Despite this, as a result of the measures taken, this year's growing season was stable. Additional water discharges from reservoirs of neighboring states were provided. Necessary technical works were carried out at water supply facilities. It is important to continue relevant work and approve plans for the next vegetation period," Alikhan Smailov said.

The Prime Minister said that it is necessary to constantly improve the intergovernmental agreements on transboundary waters, enhance the repair and restoration of canals and reservoirs, encourage the introduction of water-saving technologies on irrigated lands and digital water accounting in general.

"In particular, it is necessary to expand the use of sprinkler and drip irrigation equipment for growing water-intensive crops. Water reuse technologies through collector-drainage systems should also be actively applied," Alikhan Smailov stressed.

In conclusion, he also added that coordination of water supply organizations is required for a more efficient water supply in the regions.