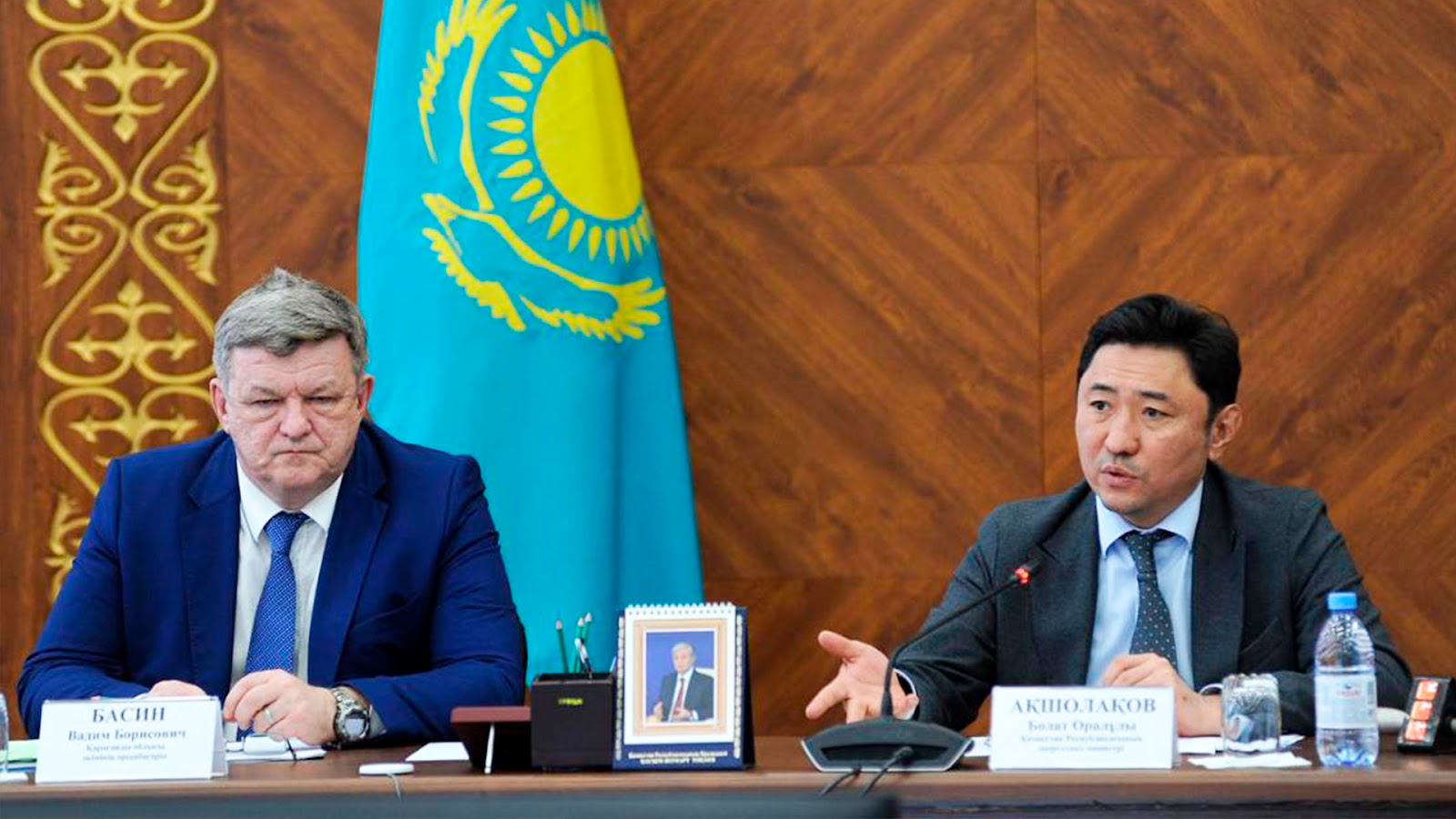 The Minister of Energy of Kazakhstan visited the Karaganda region on September 17 and reported to the population. First of all, the Minister reported on the current state of the fuel and energy complex of the region.

According to Bolat Akchulakov, the current activities of the Ministry of Energy are focused on such strategic areas as oil and gas and energy industries. Besides, the Ministry pursues the state policy in the main spheres of life of the population on implementation of the gas infrastructure, power supply, heat supply and provision of the population with oil products and liquefied petroleum gas.

"As for petroleum products in July this year, the order of the Ministry preserved the retail sales of AI-80, 92-93, as well as the state regulation of the maximum prices for diesel fuel. At the same time, pricing of AI-95 is transferred to a competitive environment, which is determined by the market, as the production of gasoline AI-95 and above requires a large consumption of expensive imported additives and high-octane components, the price of which will correlate with oil prices and exchange rates," the Minister Akchulakov said.

In addition, the following measures are taken on behalf of the Head of State to reform the market of fuel and lubricants:

This measure has a high margin, and it is planned to implement by excluding unproductive intermediaries from the market, which do not have oil depots on the property right and do not participate in the distribution of fuels and lubricants in remote regions and socially important enterprises.

The second measure. An order was issued to extend the ban on the export of petroleum products by trucks until the end of this year.

The third measure. Preventing a shortage of diesel fuel by developing differentiated prices.

Currently, the Ministry of Energy has adopted an order providing for differentiation of prices for diesel fuel.

According to him, you can not bypass the issue of diesel fuel supply to agricultural producers for the fall field work.

According to the Minister of Energy of the Republic of Kazakhstan, today more than 423 thousand tons of diesel fuel at a price of 222 thousand tg (184 tg/litre) has been allocated from the refineries to agricultural producers of the country for timely and regular autumn field work, which is on average 15-25% below the retail prices depending on the region.

Of these, 83 thousand tons of diesel fuel is provided for Karaganda region. Currently, shipment of diesel fuel to agricultural producers is on schedule.

The following measures to reform the diesel fuel supply market for agricultural producers are also being worked out:

Gasification of the Karaganda Region currently envisages implementation of 24 start-up complexes at the cost of 76 billion tenge.

In turn, gasification of Karaganda city consists of 16 start-up complexes costing 65.2 billion tenge, the implementation of which, according to the feasibility study, will gasify about 30 thousand houses. For today one starting complex is put in operation as a result of which 235 subscribers got technical conditions and 135 got access to natural gas.

The gasification of Temirtau consists of 8 start-up complexes which realization, according to a feasibility study, will allow to gasify 9,128 houses. For today one start-up complex is put into operation as a result of which 180 subscribers got technical conditions, 119 got access to natural gas.

The aforementioned networks were transferred to the trust management of KazTransGas Aimak JSC for the 1st start-up complex.

According to the Head of the Department, the Karaganda Region will receive 6.6 billion tenge from the national budget in 2022 for the implementation of 3 projects for the construction of gas networks from the automated station to the cities of Karaganda and Temirtau. Also as part of the formation of the national budget for 2023-2025 for the continuation of 2 projects provided 13.9 billion tg.

"The Ministry of Energy has decided to approve a marginal wholesale price of 33,600 tg per ton to partially reimburse the costs to the plants-producers. This measure will ensure a fair distribution of income between producers and sellers of liquefied petroleum gas, as well as encourage plants to produce liquefied petroleum gas," the Minister said.

In addition, the Agency for Protection and Development of Competition preserved state regulation of prices and approved the maximum retail prices for liquefied gas for Karaganda region. By the end of this year, 1 liter is 70 tg.

"I would like to note that the Ministry of Energy is taking measures to re-engineer the mechanism of distribution of liquefied petroleum gas in the regions, ensuring long-term price stability and preventing speculative price increases," the head of the Ministry said.

On July 20 this year, amendments were made to the standard rules of exchange trading, which allow avoiding a sharp increase in prices during trading on the exchange.

According to the Minister of Energy, the installed electric capacity of power plants of Karaganda Region is 2,319 MW, and the available electric capacity is 1,921 MW. The main sources of energy in the region: Karaganda TPP-3, TPP-2 JSC Arcelor Mittal Temirtau, "The main power distribution station Topar.

During the working trip B. Akchulakov together with the management visited these facilities. 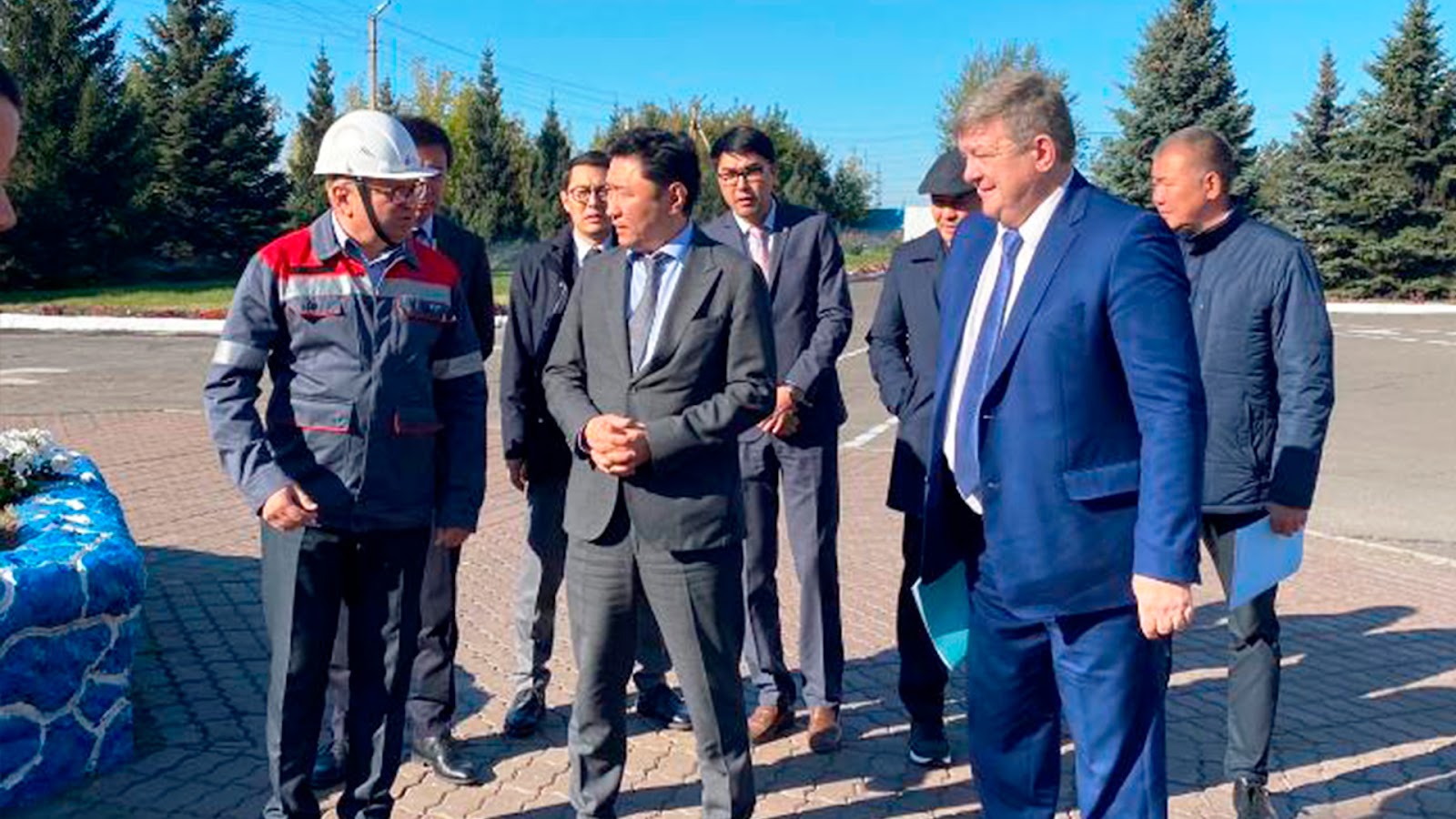 "According to the results of 8 months of this year in the Karaganda region produced 7.3 billion kW / h of electricity, I want to note that there is a positive balance of consumption," the Minister said.

Main sources of heat supply of the region are CHP-3 and CHP-2, total installed capacity of which is 2,4 thousand Gcal/hour, and available capacity - 1,8 thousand Gcal/hour. The average depreciation of the CHP-3 is 65.1%, while the CHP-2 - 78.6%.

The head of the Ministry of Energy also informed on preparations for the heating season of 2022-2023.

According to him, the preparation for the upcoming heating season in the Karaganda region is going in the normal mode. In general, the main and auxiliary equipment of 7 power sources and 685 local heat sources, 569 substations, 2,116 km of utility networks, 1,126 social facilities and 5,598 residential buildings will be prepared for the autumn and winter season.

"As of today, measures to prepare for the heating season have been implemented by an average of 93.3%. According to the plan, this figure was 90%," Akchulakov reported.

According to him, repair of the main equipment at the power sources continues during the year in accordance with the repair schedule. In addition, the region is actively developing energy production with the use of renewable energy technologies.