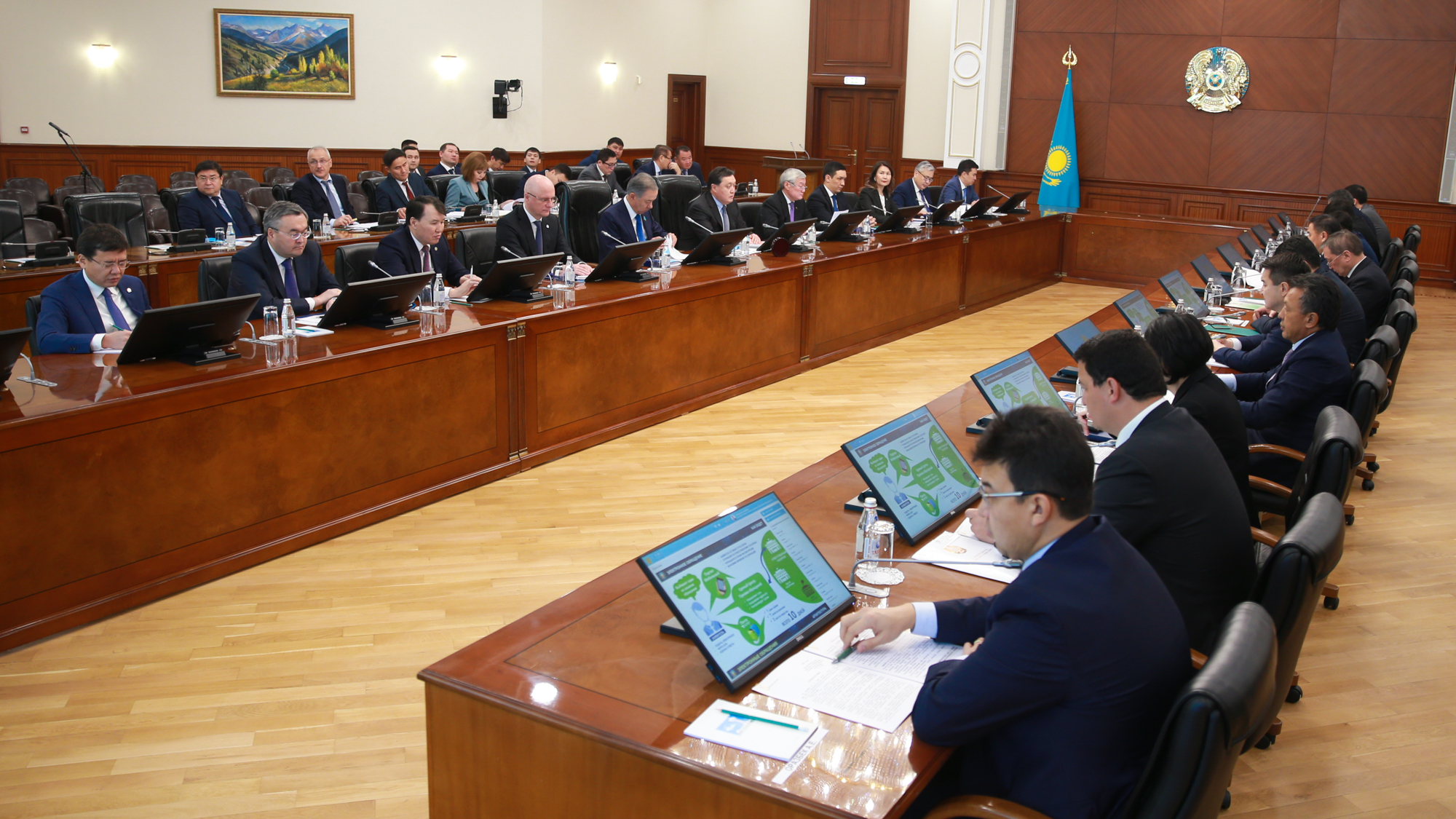 At a meeting of the National Commission for Modernization chaired by Prime Minister Askar Mamin and attended by the Chairman of the Majilis of the Parliament Nurlan Nigmatulin, issues of the realization of the National Plan of Measures for the Implementation of the President’s Address dated Sep. 2, 2019, were considered.

“The work of the National Commission for Modernization is under special control of Elbasy Nursultan Nazarbayev. President Kassym-Jomart Tokayev in his Address instructed to resume the Commission. At the last meeting, we developed the Commission’s work plan for 2019-2020, which has so far been agreed with the President,” Mamin said.

The Committee on Legal Statistics and Special Accounts of the Prosecutor General’s Office is working on the creation of the “E-Application” IT system, which is planned to be launched in pilot mode from 2020. The project provides for the creation of a unified database of applicants (using IIN and BIN), in which the entire history of their appeals to the subjects will be synchronized. At the same time, a service will be introduced to assess the quality of consideration of applications.

Regarding the issue of improving and increasing the transparency of tariff setting and protecting consumer rights in the field of rail transportation, Vice Minister of Industry and Infrastructure Development Amaniyaz Yerzhanov reported on the development of a corresponding bill. In particular, it provides for the establishment of a transparent system for subsidizing passenger traffic, as well as the exclusion of the use of hidden transit schemes and the protection of the rights of consumers of access road services.

The Commission also considered measures to prevent excessive debt of citizens to financial institutions, to improve mechanisms for providing state targeted social assistance, a pension system and other issues.

“The Head of State in his Address emphasized that effective public dialogue and prompt response to the needs of people are the main priorities in the activities of state bodies. Taking into account today's discussion, it is necessary to take specific measures for the high-quality implementation of the tasks set for us,” Mamin said.