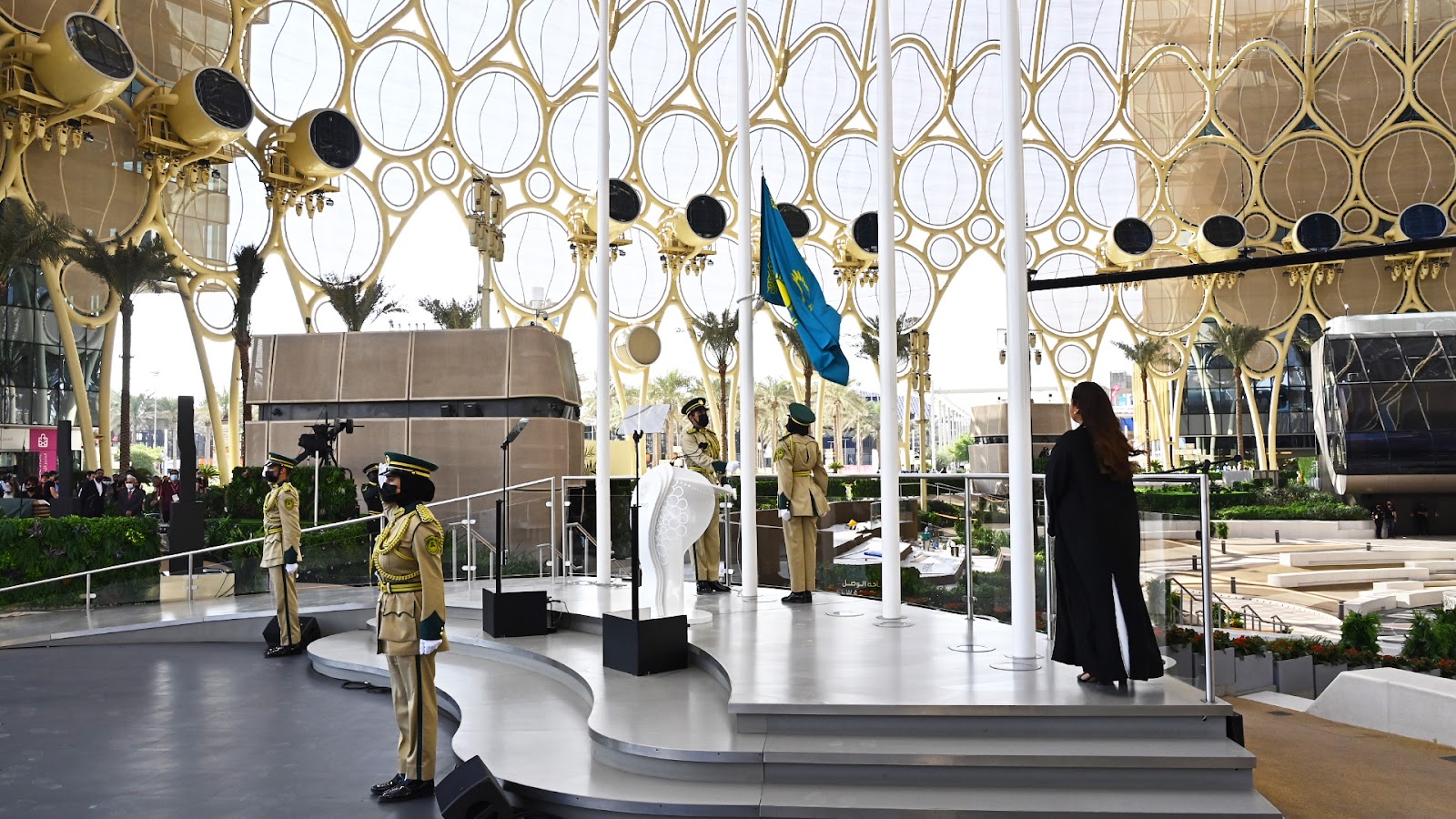 Prime Minister of Kazakhstan Askar Mamin paid an official visit to the United Arab Emirates, where he took part in the events within the framework of the National Day of Kazakhstan at the EXPO 2020 Dubai.

The ceremony of raising the national flag of the Republic of Kazakhstan was held at the central square of EXPO Al Wasl Plaza in the presence of the Prime Minister of Kazakhstan Askar Mamin and the Minister of Tolerance and Coexistence and Commissioner-General of Expo 2020 Dubai, Sheikh Nahyan bin Mubarak Al Nahyan. 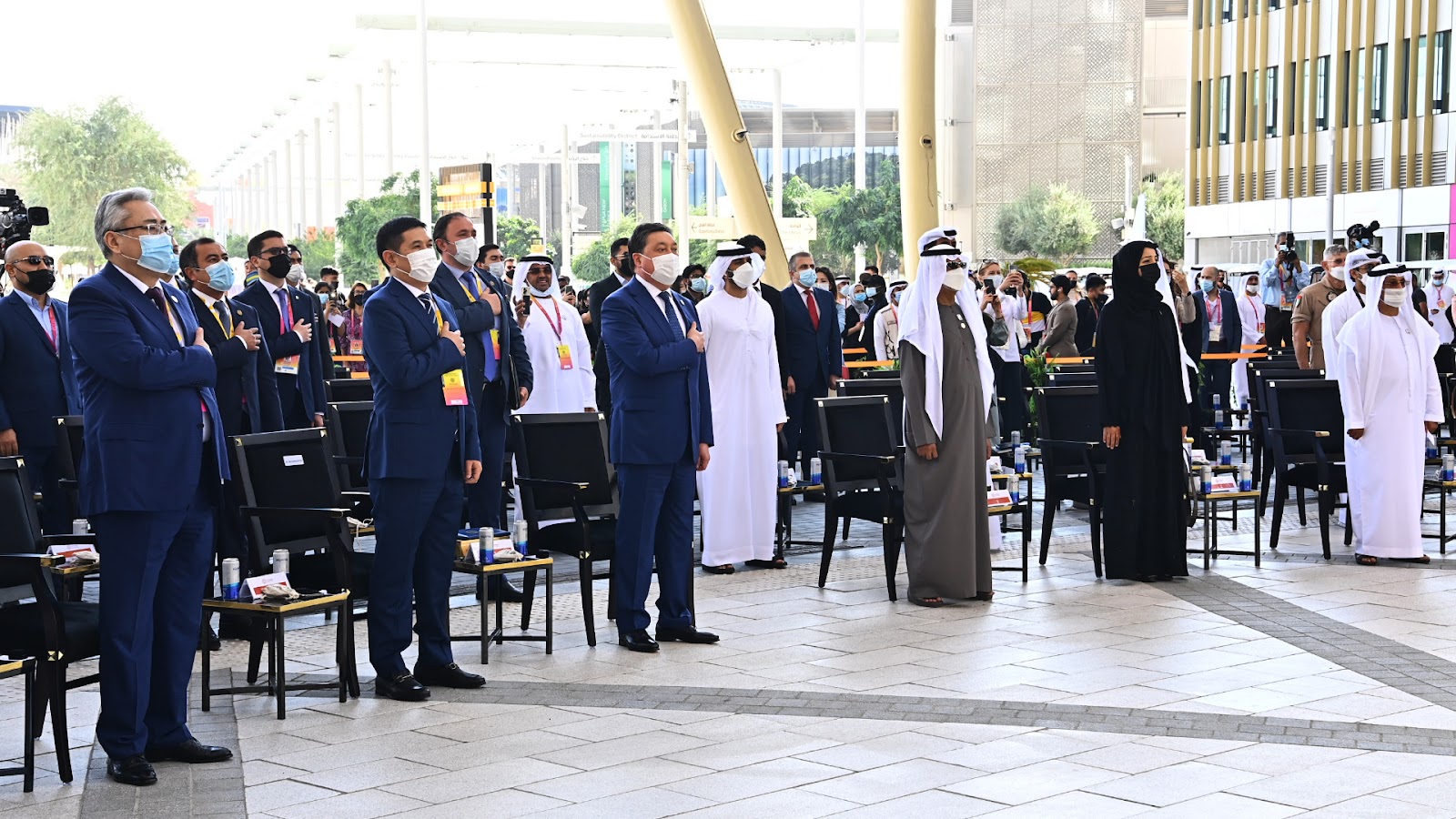 The Head of Government took part in the Kazakhstan Trade and Investment Forum, which brought together about 100 people — representatives of government agencies, business circles, national holdings and development institutions of the Republic of Kazakhstan and the United Arab Emirates.

“To date, relations between Kazakhstan and the United Arab Emirates have reached a qualitatively new level. Since 1991, the UAE has invested over $4 billion in the economy of the Republic of Kazakhstan. More than 250 companies with the participation of the UAE capital operate in Kazakhstan. Despite the persisting risks in the global economy, cooperation between our countries continues to strengthen,” Mamin said in his speech at the plenary session of the forum. 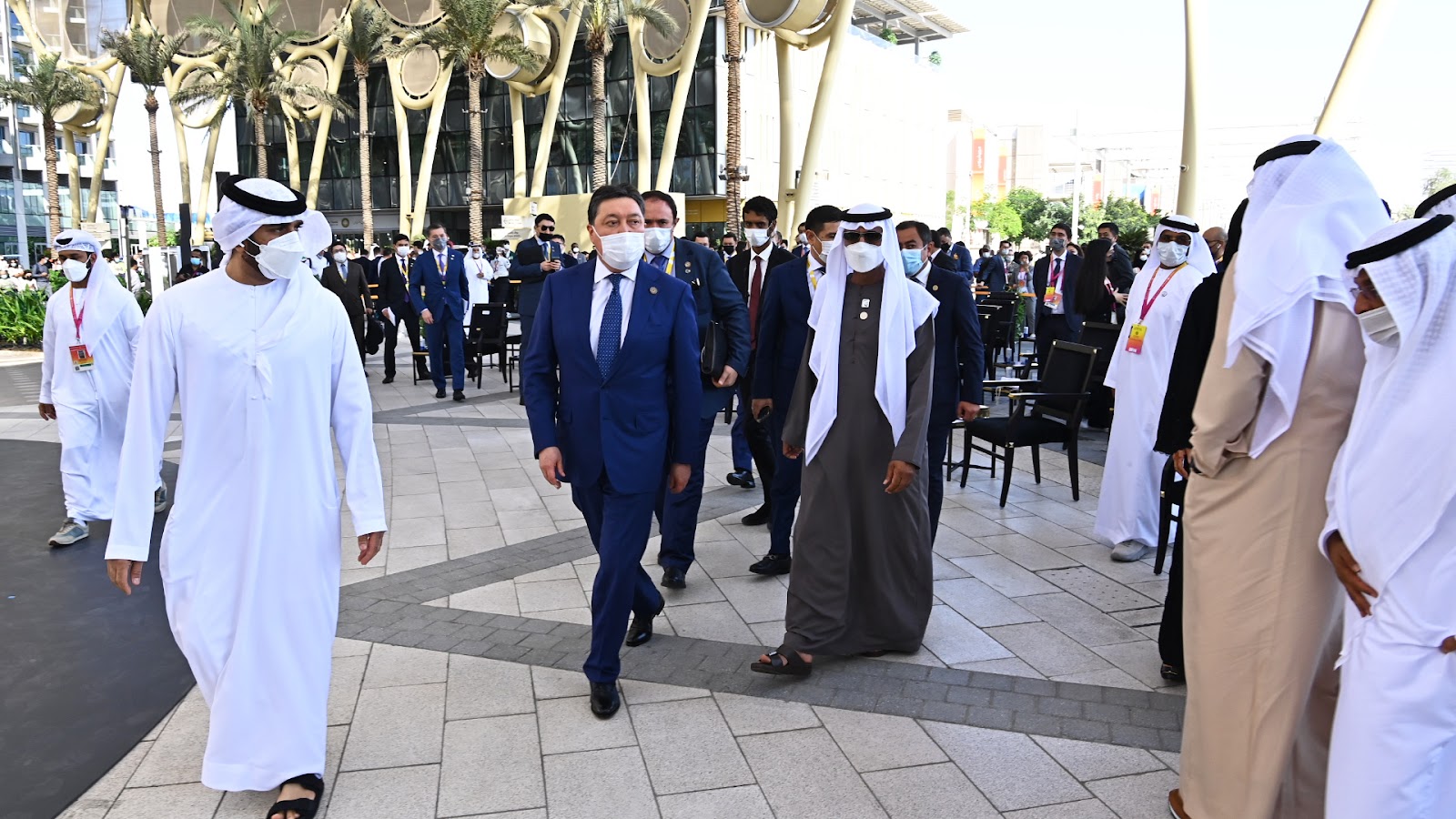 The Head of Government noted that the signing of the intergovernmental agreement on the establishment of a long-term strategic partnership for the development of projects in priority sectors of the economy in October of this year was a landmark event in bilateral relations. The document is aimed at implementing projects in the energy, agro-industrial, transport and logistics, pharmaceutical and financial sectors of the national economy of the Republic of Kazakhstan with a total investment of more than $6 billion. 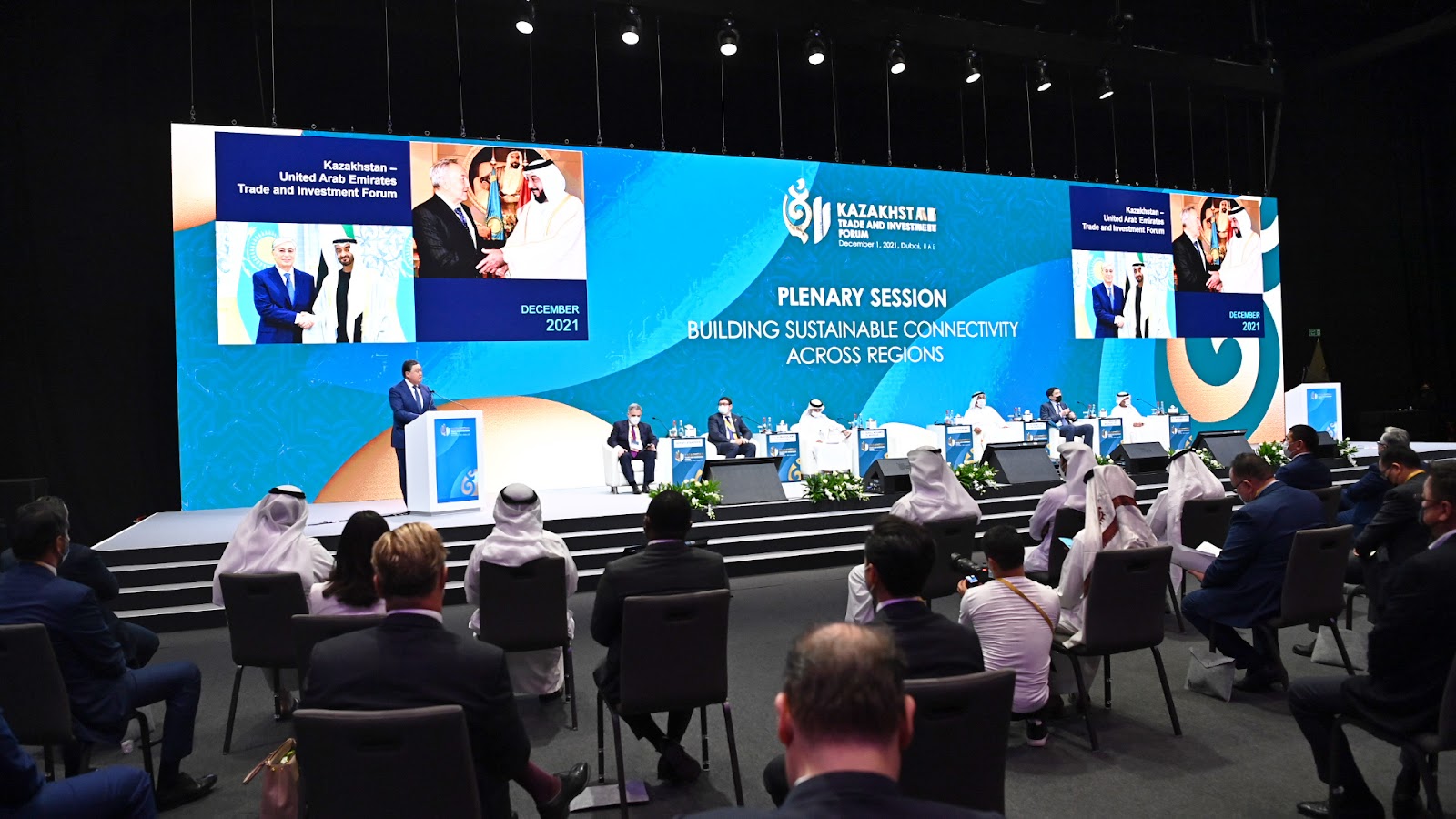 Following the forum, an agreement on strategic cooperation was signed between Samruk-Kazyna JSC and the sovereign fund Abu Dhabi Developmental Holding Company, as well as investment documents for the construction of solar and wind power plants in the Republic of Kazakhstan with a total capacity of 4 GW. 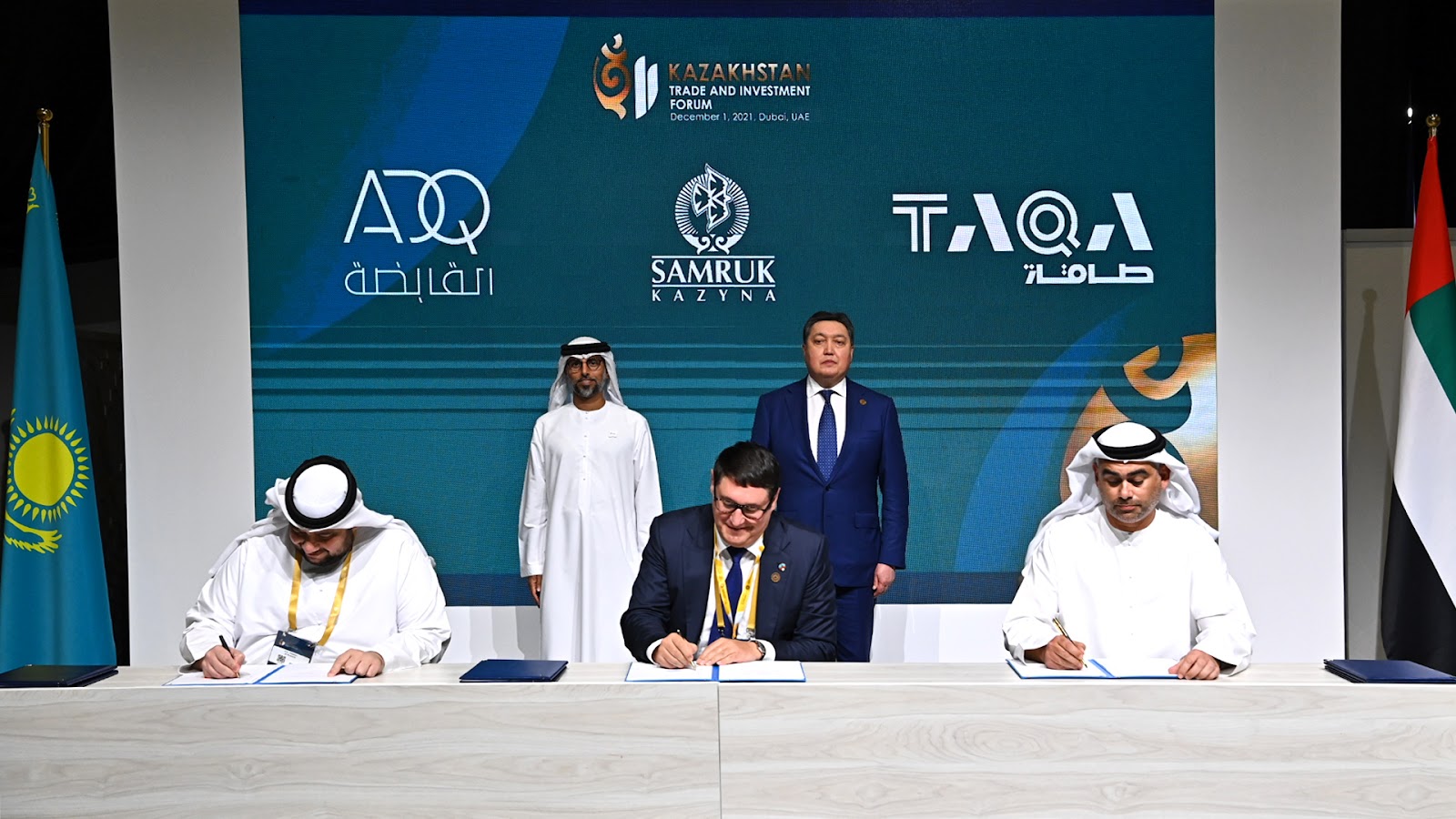 Currently, Emirati companies are involved in the implementation of 11 large investment projects in Kazakhstan with a total value of over $3.5 billion. During his visit to Dubai, Prime Minister Askar Mamin got acquainted with the digital exhibition of JSC QazTrade Center for the Development of Trade Policy, visited the thematic pavilions of the EXPO 2020 Dubai exhibition, and held negotiations with the leadership of leading companies in the UAE. 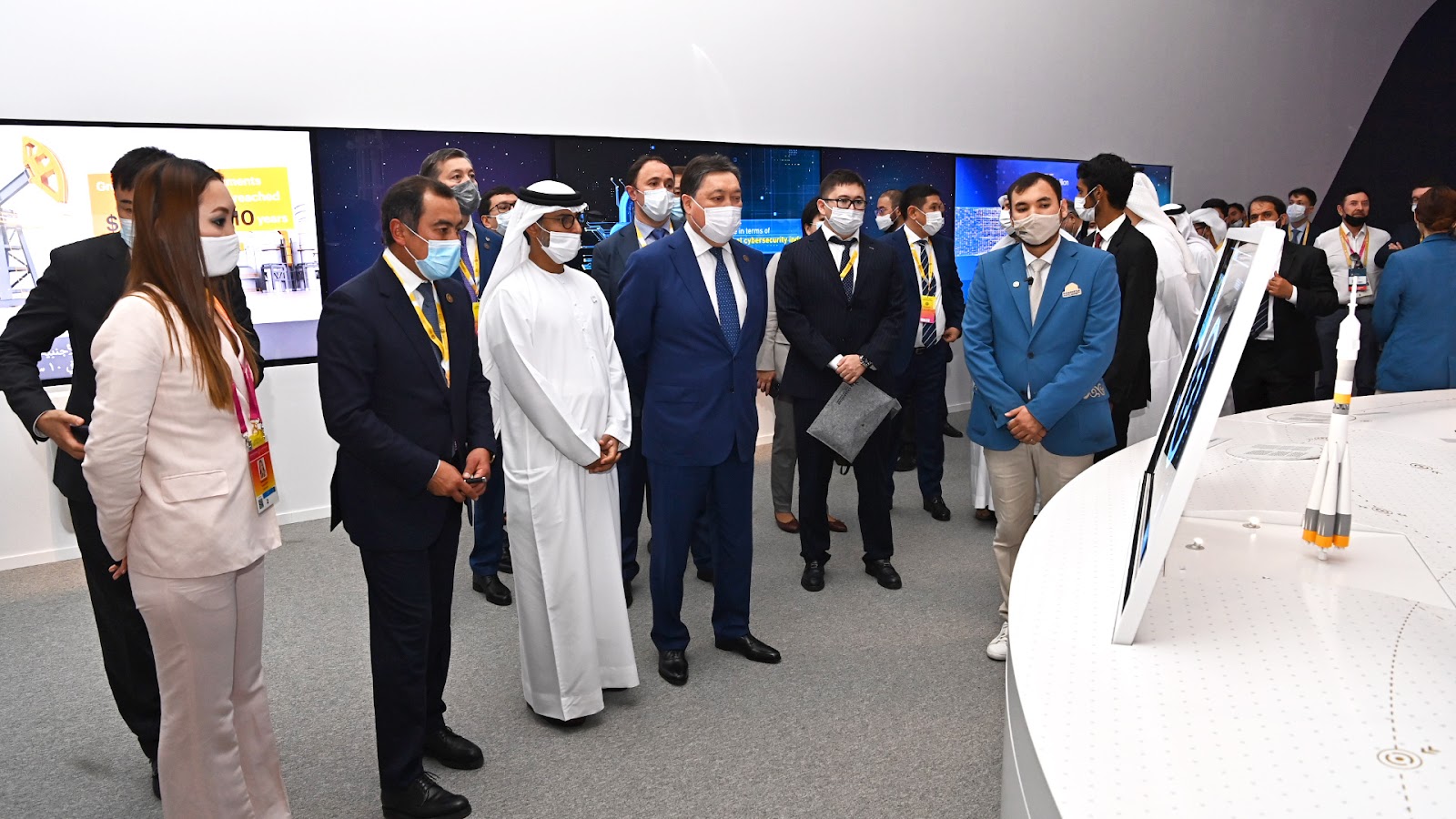 At the celebration of the National Day of Kazakhstan, a concert was held for the guests of the world exhibition on the territory of the Expo with the participation of the Otyrar Sazy Academic Folk-Ethnographic Orchestra named after Tlendiev, the opera singer Maria Mudryak, the Astana Ballet collective and other artists of Kazakhstan.