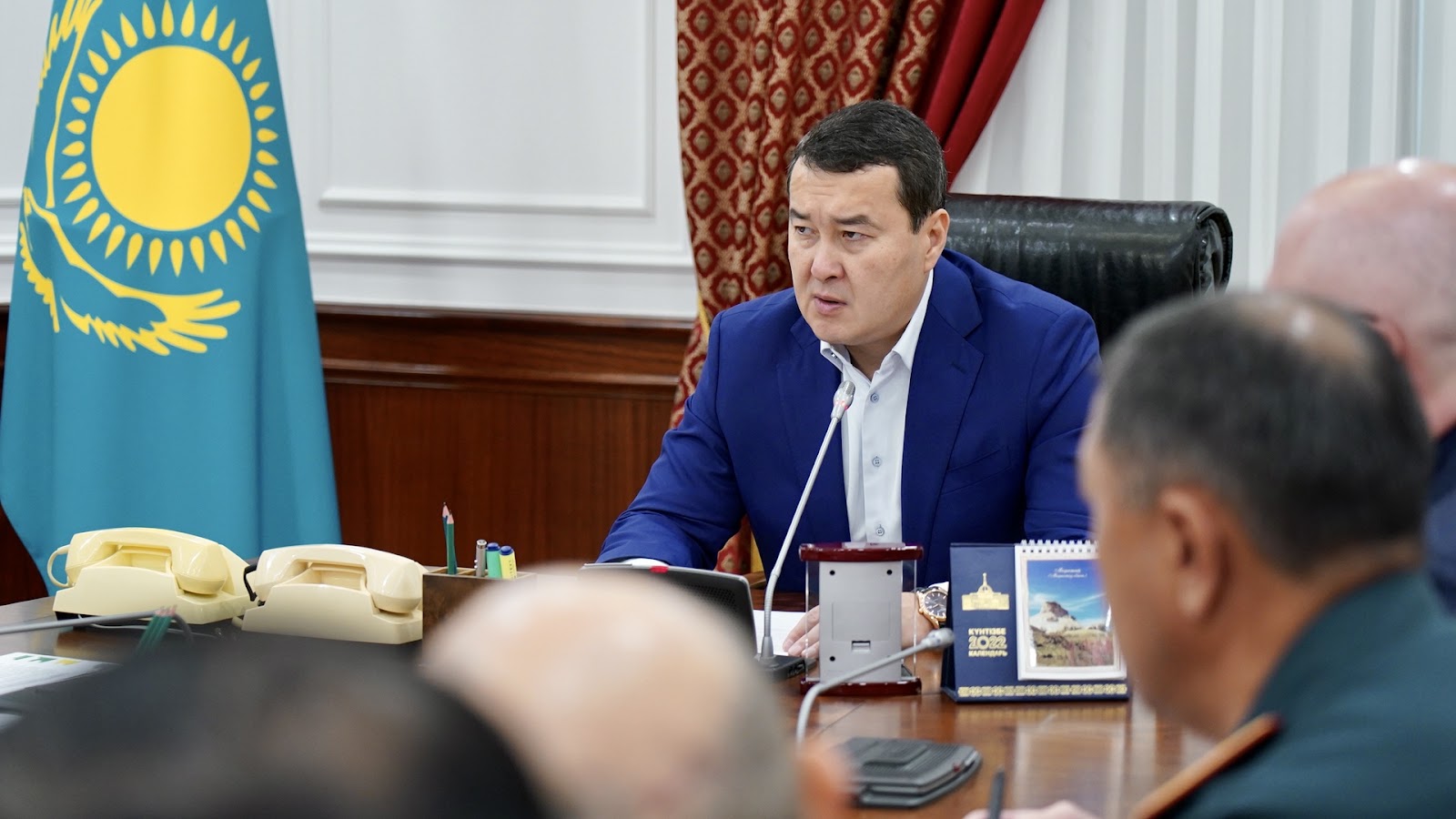 The Prime Minister of Kazakhstan, Alikhan Smailov, held an operational session on the elimination of the consequences of massive natural fires in Kostanay region.

First Vice Minister for Emergency Situations Ibragim Kulshimbaev reported that in connection with the difficult meteorological situation, including high air temperatures above 36 degrees, there was a difficult fire situation in Kostanay region, especially in the forest areas. Fires covered 43 thousand hectares of forests.

At present, 1,841 people were evacuated and placed in safe places and provided with hot meals. A hotline was opened and the work of psychologists was organized. Ten people were injured and one was killed.

Fire has destroyed and damaged 108 buildings. Fire fighting was attended by over 600 people and about 100 vehicles. Helicopters are involved. Operational headquarters is working, the Head of the Ministry for Emergency Situations of Kazakhstan is on the site.

The Prime Minister instructed the Ministries for Emergency Situations, Industry and Infrastructural Development, Agriculture, Finance and the Akimat of Kostanay region to assess the damage caused to the population and agricultural lands.

The Ministries of Finance and National Economy were instructed to prepare a draft decree on allocation of funds from the reserve of the Government to compensate for damage caused by fires.

At the same time, Alikhan Smailov instructed to immediately begin work on the construction of new houses for citizens who have lost their homes.

"We need to work quickly to have time to complete the construction as soon as possible. This issue is under the personal control of the President," Alikhan Smailov said.

In addition, the Ministry of Industry and Infrastructure Development was instructed to restore transportation links in the affected areas of the Kostanay region and ensure the uninterrupted operation of all engineering and infrastructure facilities.

The Ministry of Agriculture together with the regional Akimat were instructed to assist the affected farmers and owners of private farms in case of need.