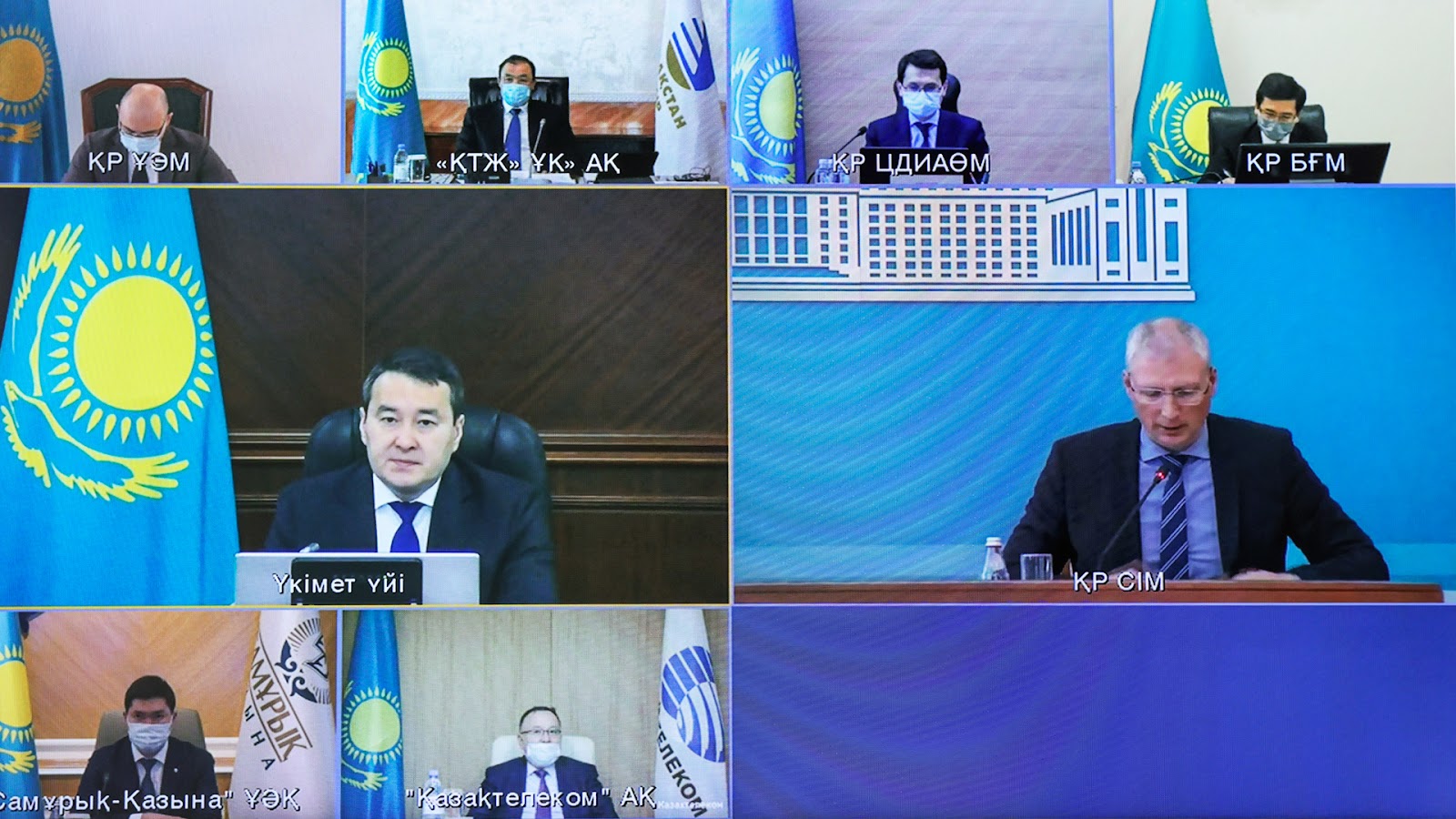 The ninth meeting of the Kazakhstan-EU dialogue platform was held in Nur-Sultan.

The event chaired by the Prime Minister of the Republic of Kazakhstan Alikhan Smailov was attended by ministers, ambassadors of foreign states in Kazakhstan and representatives of a number of companies. The participants of the meeting spoke on the development of cooperation between the European Union, member states and business structures of the EU with the Republic of Kazakhstan in the context of the current situation in the world.

The Ambassador of the European Union to the Republic of Kazakhstan, Kestutis Jankauskas, in his speech noted that “in all areas of interconnectedness, we call for the sustainability of investments from an environmental, social, economic and financial point of view. Sustainable connectivity will be a top priority in our cooperation programs.” 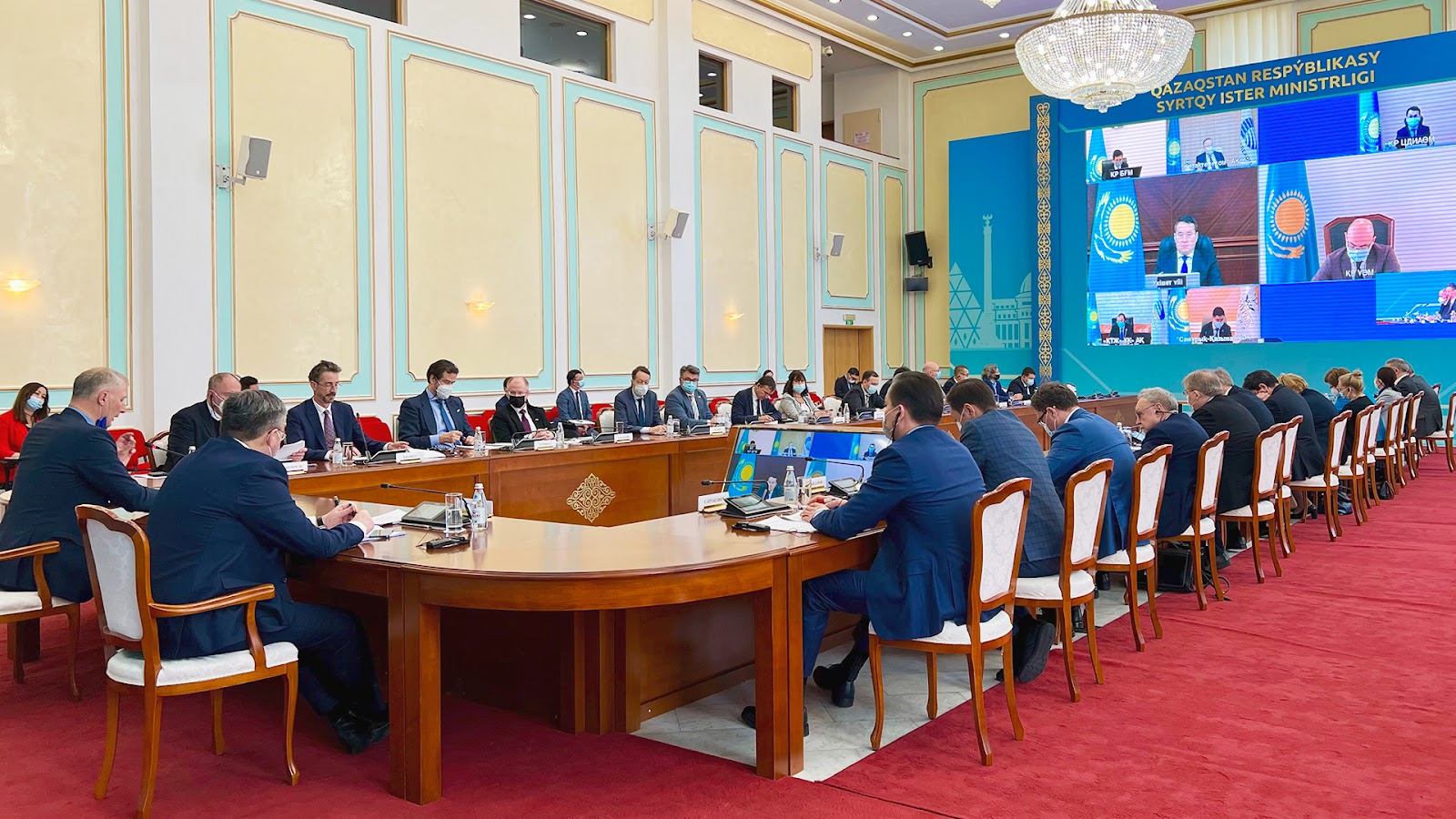 Ambassador of the French Republic to Kazakhstan Didier Canesse presented a report: "Green hydrogen for a clean and efficient railway sector in Kazakhstan", in which he recalled that "Kazakhstan is the ninth largest country in the world with a large railway network of 16,000 km."

Didier Caness noted that “The continued growth of rail freight transport raises the question of the means available to decarbonize it as much as possible. From this point of view, the recent assessments of President Tokayev, according to which the development of a "green hydrogen industrial cluster" is a "priority", are relevant.

The Ambassador confirmed the readiness of French and European companies to deepen cooperation with Kazakhstan in this area, and also said that this will allow Kazakhstan to fully use the potential of the railway sector, providing opportunities for green transition with the help of new technologies and to be a leading country in construction Green Silk Road.

The topic of developing the transit potential and modernizing the railways of Kazakhstan was also supported by the Ambassador of the Kingdom of Spain in Kazakhstan, Jorge Urbiola:

“Kazakhstan now has a unique opportunity to become one of the largest regional transit hubs,” he said.

In addition, within the framework of the ninth meeting of the Kazakhstan-European Union dialogue platform, speeches were heard by representatives of foreign companies: companies, including DB Engineering & Consulting GmbH, on the possibilities of expanding cooperation with JS NC KTZ; VEON/KaR-Tel on the prospects for mobile communications in Kazakhstan and cyber security issues.

At the end of the meeting, the Prime Minister of the Republic of Kazakhstan Alikhan Smailov noted that at the end of 2021, there was a significant increase in the volume of mutual trade between Kazakhstan and the countries of the European Union up to $28.9 billion, which is 21.4% higher than in 2020.

“We are open to considering new proposals and are ready to work ahead of the curve in the current geopolitical situation. We need to continue our joint work to achieve strategic goals, especially in the face of new challenges that require the development of new approaches and cooperation,” summed up Smailov.