Birgemiz Public Fund announces the Board of Trustees 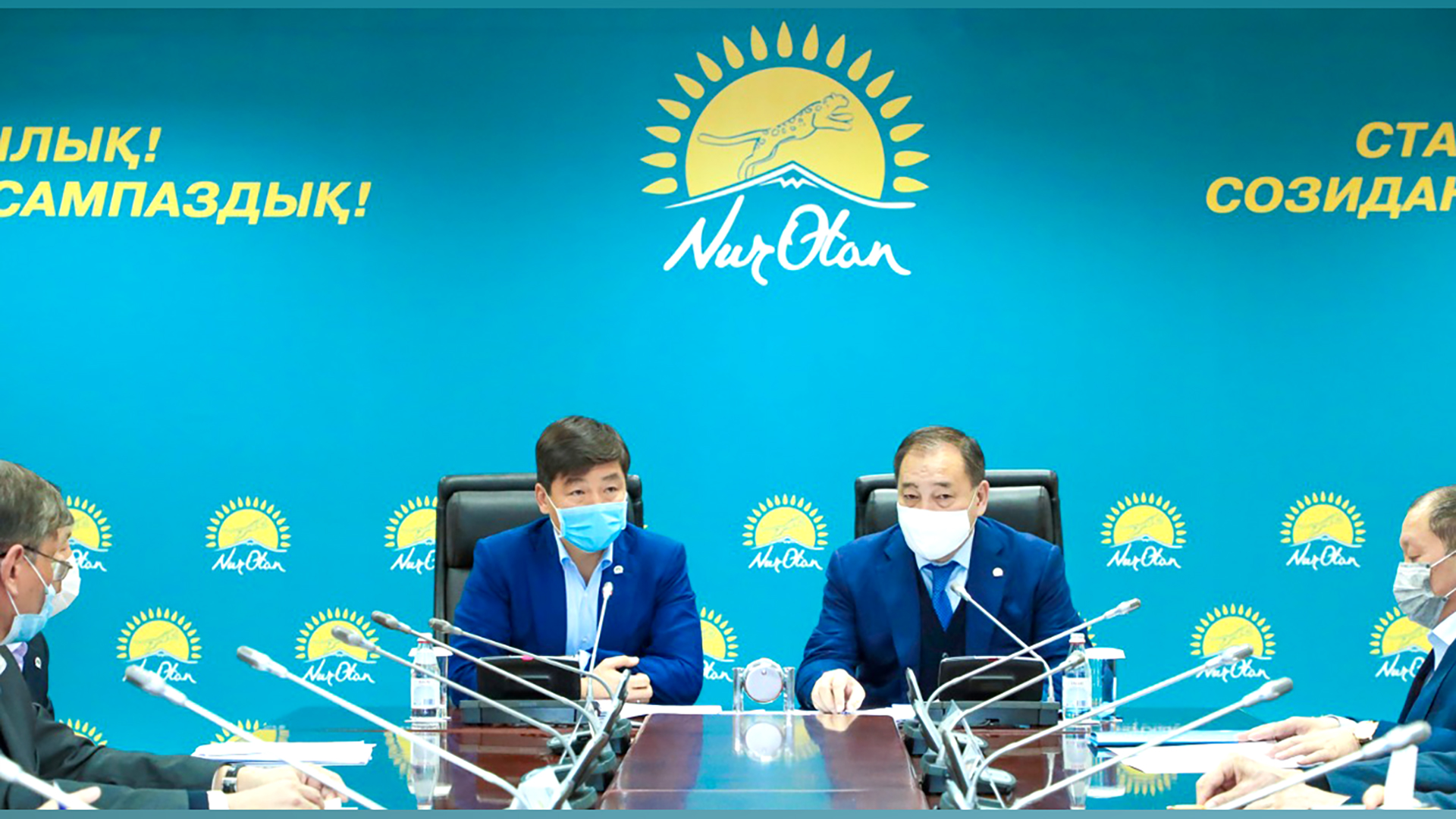 During the meeting, the composition of the Board of Trustees was announced, which included well-known public and state figures, representatives of civil society and youth.

Deputy Prime Minister Yeraly Tugzhanov became the chair of the General Meeting of the Founders, the supreme governing body of the fund.

The founders are the public entities Organization of Veterans (headed by Baktykozha Izmukhambetov), ​​and Peace through Spirituality (headed by Saule Mukhashova).

Ruslan Sakeev, Chair of the Board of the Birgemiz Foundation, noted that the Fund needs all-round assistance from the Nur Otan party, since this public association has its branches in each region, has the necessary material and technical base and a wide volunteer network of the Jas Otan youth wing.

“We are holding the first meeting within the walls of the Nur Otan party, because we want to rely on its capabilities. Funds continue to flow into the fund with the support of Elbasy, but for effective work with a large number of people we need infrastructure, huge organizational experience, people who only a lot have a significant amount of today,” said Ruslan Sakeev.

In the newly created public fund, today, representatives of big business in the country have already accumulated over $40 million, which, by decision of the board of trustees, will be aimed at targeted assistance to citizens from socially vulnerable sectors of the population. Work has begun on identifying types of assistance and categories of recipients.

In turn, Bauyrzhan Baibek, on behalf of the board of trustees of the foundation, thanked the businessmen who responded to the appeal of Elbasy and expressed confidence that any crises could be overcome by joint efforts of Kazakhstan people.

“On behalf of Elbasy, Nur Otan Leader Nursultan Nazarbayev, we will provide all our organizational and media resources for the effective operation of the fund free of charge,” Bauyrzhan Baibek assured.

It should be noted that within the framework of the republican campaign “Biz Birgemiz!” announced by the Head of State Kassym-Jomart Tokayev through the party projects Kedergisis Keleshek, Baqytty Otbasy and Ardagerlerdi Ardaqtayyq, the provision of social assistance to various groups of the population began even before the creation of the fund.

So, on behalf of Elbasy, the Nur Otan party allocated 150 million tenge to provide targeted assistance to single elderly people, people with disabilities and low-income large families in the capital and Almaty, where quarantine is declared. Another 200 million tenge to counteract the spread of coronavirus infection was also sent from the Foundation of the First President by the decision of Elbasy.

Today, Jas Otan volunteers and party activists on a non-contact basis provide socially vulnerable categories of the population with antiseptic and hygienic products and essential products. In just four days, social assistance has already been provided to about 7 thousand families across the country in the amount of 130 million tenge.