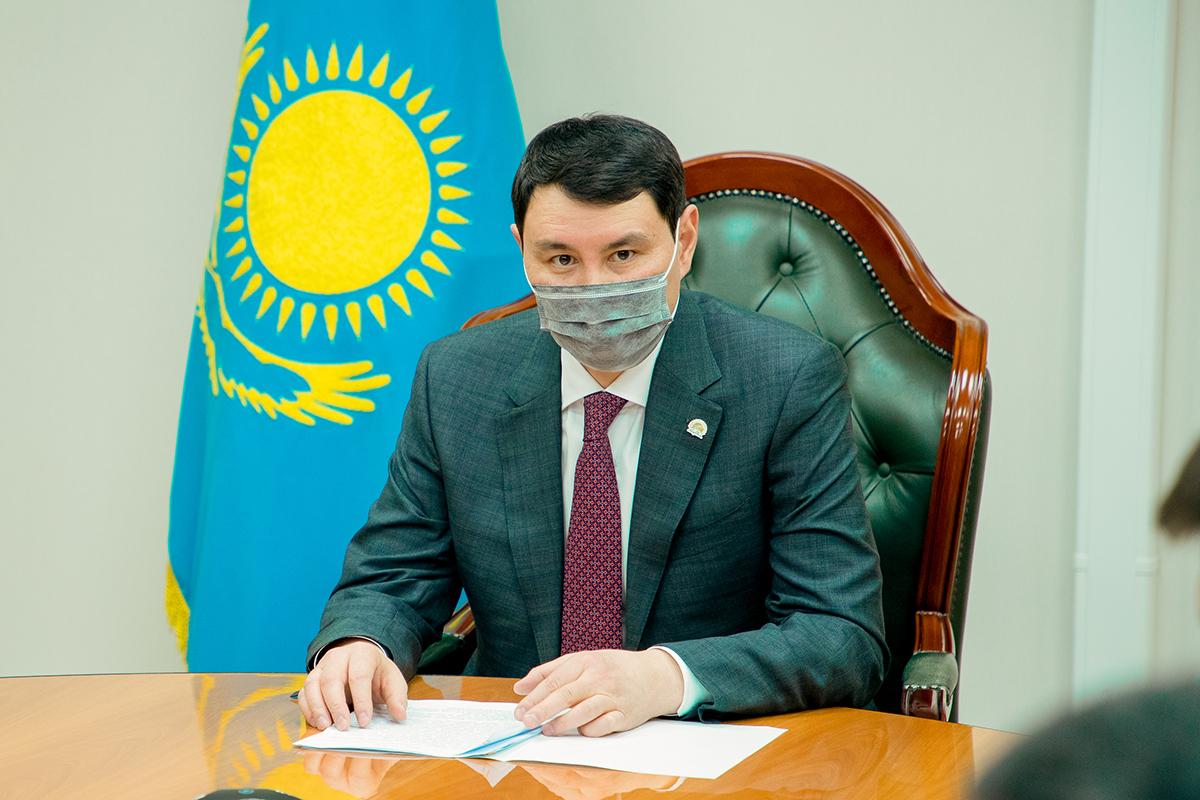 The main tax defaults are attributable to import VAT, CIT, ECD on crude oil and MET. The plan for VAT on imports was not fulfilled due to a decrease in the trade turnover of the Republic of Kazakhstan with third countries compared to the 1st half of 2020 by 1.7% or by $593 million.

“Nevertheless, the plan was exceeded for VAT on TVPs due to an increase in sales turnover by 1.6 times. At the same time, the obligations to the business on VAT refunds are fulfilled in a timely manner, although the refund amount increased by 8.3%. The overfulfillment of the plan for non-tax revenues was mainly ensured by fines, penalties, sanctions and penalties imposed by government agencies,” Zhamaubayev said.

Local budget revenues were executed by 116.8% and amounted to 2 trillion 191 billion tenge. The plan was exceeded by 315 billion tenge, of which taxes — by 264 billion tenge. In all regions, income targets have been exceeded.

State budget expenditures were executed by 99.3%, republican — by 99.8%, local budgets — by 98.7%. Compared to the same period last year, the percentage of execution at all levels of budgets is higher.

On the republican budget, expenditures were made in the amount of 8.6 trillion tenge. Non-fulfillment amounted to 17 billion tenge, of which 5 billion tenge is savings. 12 billion tenge has not been disbursed.

According to the Minister of Finance, the largest amounts of non-utilization were formed in the ministries of labor and social protection of the population, health care, finance, emergency situations and ecology, geology and natural resources. The main reasons for failure to master: late submission of contracts for registration to the Treasury authorities, long-term approval of payment documents, untimely submission of acts of completion and invoices, lengthy competitive procedures, litigation.

“For 7 months of this year, cameral control covered 583 thousand public procurement procedures worth more than 4.9 trillion tenge. Based on the results of inspections, violations were found in 17 thousand procedures. The objects of the state audit executed 16.5 thousand notifications on the elimination of violations,” said the head of the Ministry of Finance.

1,978 audit activities were carried out. The audit covered 1 trillion 340 billion tenge of budgetary funds. Financial violations in the amount of 139 billion tenge were established. Violations for 90 billion tenge were eliminated by restoring the supply of goods, providing services and performing work, reimbursing to the budget and reflecting on accounting.

To improve and increase the efficiency of the audit objects, 1,775 recommendations for the management of state assets were given.

Comprehensive Privatization Plan for 2021-2025 implementation of 733 objects is provided. During the reporting period, 78 objects were sold and transferred to trust management with the right of subsequent redemption in the amount of 25 billion tenge. 70 objects are on sale, 5 objects are for liquidation, 520 objects are to be sold.