According to results for 5 months of 2021, economic growth rate amounted to 1.6% 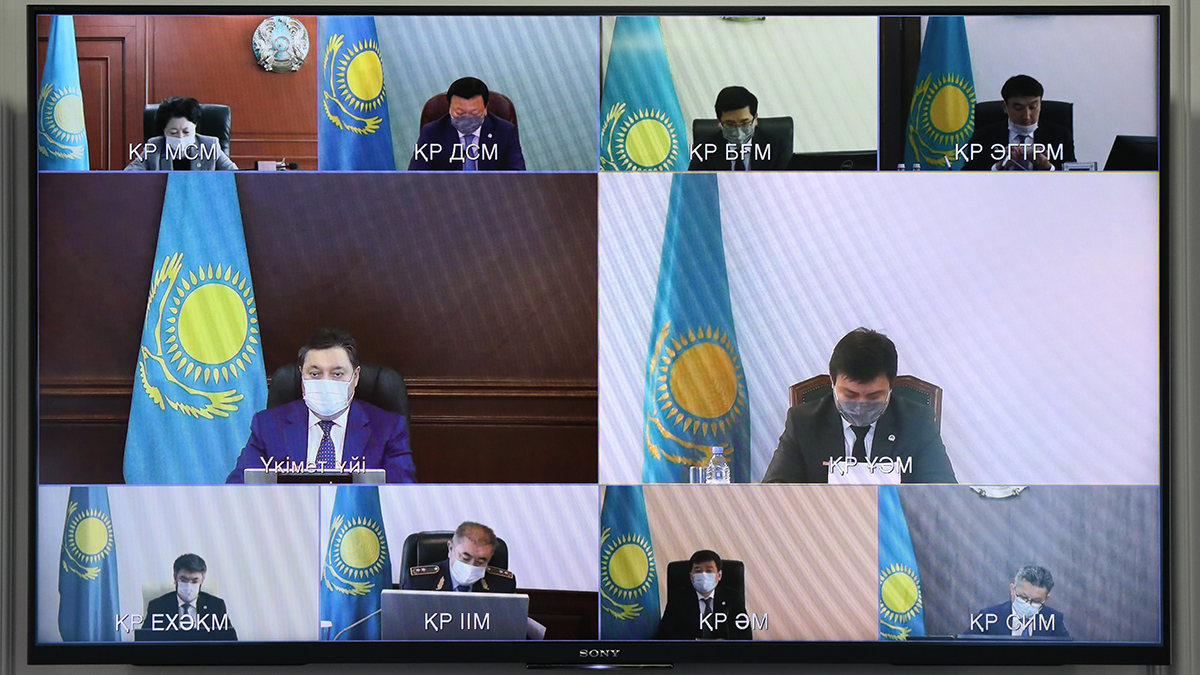 At the government session chaired by the Prime Minister Askar Mamin, the results of the country's socio-economic development and the execution of the republican budget for January-May 2021 were considered.

The economy of Kazakhstan is showing positive growth. For 5 months of this year growth amounted to 1.6% over the corresponding period last year.

The main drivers were the manufacturing industry (7.2%), mechanical engineering (21.1%), incl. the automotive industry (26.4%) and the production of other vehicles, including locomotives and wagons (54.9%).

High growth rates were achieved in the construction sector (11.3%) and housing commissioning (12.5% ​​or 4.6 million square meters).

The growth of investments in fixed assets amounted to 25.5%, excluding mining.

According to the results of January-May 2021, Mangystau region and Shymkent city ensured the growth of socio-economic development in all 7 main macro-indicators, Akmola, Aktobe, Almaty, Zhambyl, Karaganda, Pavlodar and Turkistan regions — in 6 indicators, Atyrau, East Kazakhstan, Kostanay, Kyzylorda, North Kazakhstan regions, the cities of Nur-Sultan and Almaty — in 5 indicators. The lowest indicators were achieved in the West Kazakhstan region.

The Head of Government instructed the regional akimats, together with government agencies, to take effective measures to stabilize prices for socially significant food products, stimulate food production and saturate the domestic market with them.

The Agency for the Protection and Development of Competition, together with the regional akimats, was instructed to promptly suppress the facts of an unjustified rise in prices for socially significant food products.

The Prime Minister stressed the need for ministries and akimats to take appropriate measures to implement the tasks set by the Head of State Kassym-Jomart Tokayev to achieve the planned indicators of growth of the national economy.