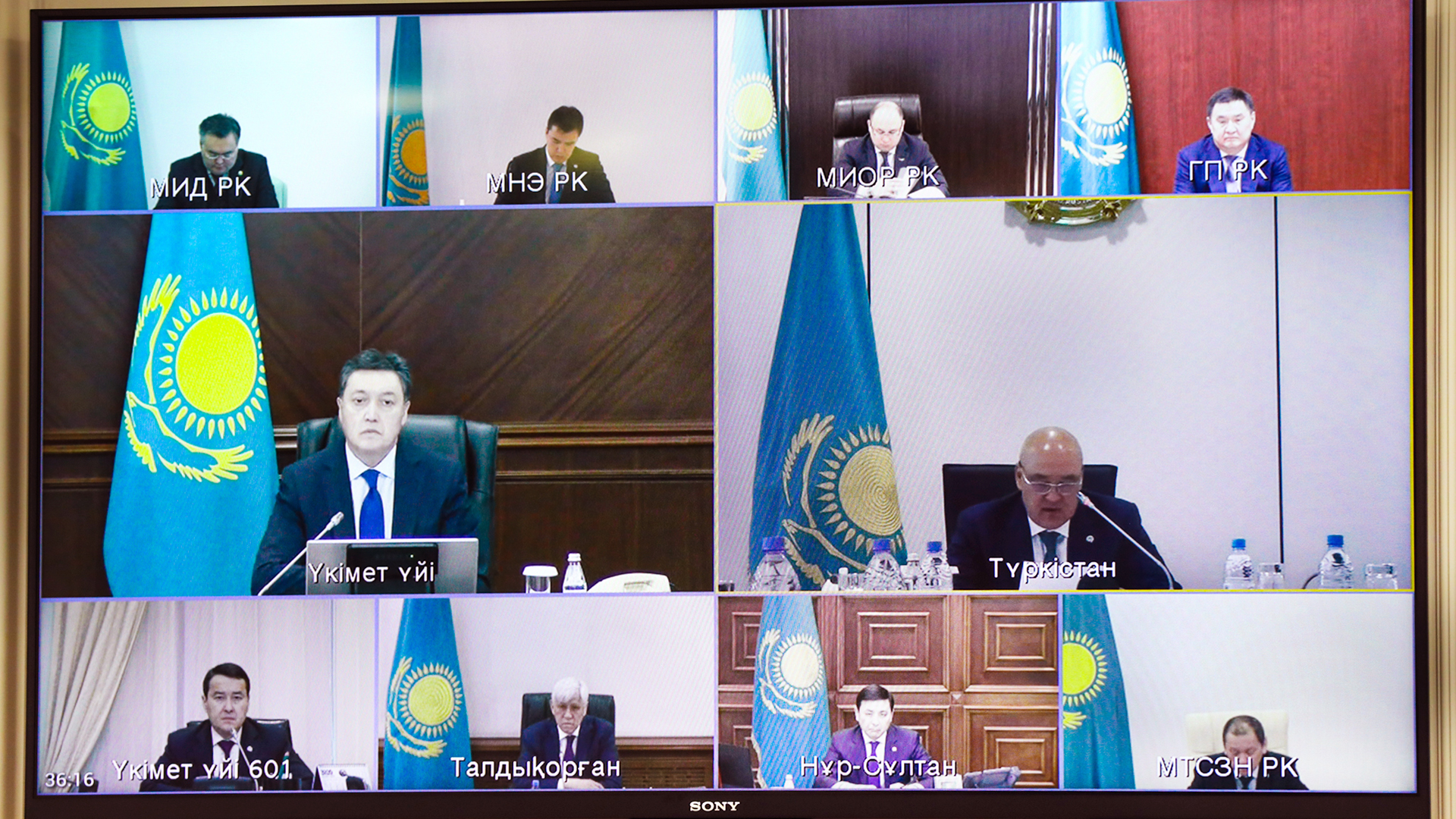 At the Government conference call chaired by Prime Minister Askar Mamin, the adjusted forecast of the country's socio-economic development for 2020-2024 and the republican budget for 2020, as well as the additional package of anti-crisis measures taken in the framework of the implementation of the President Kassym-Jomart Tokayev’s instructions given March 31, 2020, were considered.

Presentations were made by Minister of National Economy Ruslan Dalenov, First Deputy Prime Minister – Minister of Finance Alikhan Smailov, Minister of Labor and Social Protection of the Population Birzhan Nurymbetov. Akims of Nur-Sultan Altai Kulginov, Almaty and Turkistan regions — Amandyk Batalov and Umirzak Shukeyev reported on the situation in the regions and measures to support employment there.

The Head of Government emphasized that providing employment is a priority. Funding for the new Employment Roadmap increased to $1 trillion tenge, which will create more than 240 thousand new jobs, which include not only temporary employment for the period of project implementation, but also the creation of permanent jobs.

“The implementation of the Employment Roadmap should be the key to modernizing the infrastructure and creating productive assets that will form the foundation for future development,” said Mamin.

The prime minister noted the adoption of tax incentives in order to support entrepreneurs in various sectors of the economy, including trade, catering, hospitality and tourism, as well as other industries from the services sector. Exemption and reduction of rates are provided for various periods and cover more than 700 thousand business entities.

The circle of recipients of social benefits will expand, including self-employed people who have lost their jobs, as well as some groups of socially vulnerable segments of the population. About 3 million Kazakhstanis will receive support in the amount of 42,500 tenge.

Free grocery sets for large families and the unemployed are provided on a regular basis. This measure will cover more than 800 thousand people.

The Head of Government instructed the akims of the regions, together with related state bodies, to ensure the timely and effective implementation of the new Employment Roadmap, the payment of all types of social support.

“All the instructions of the Head of State will be provided with the necessary financing and executed in due time,” said Mamin.