Government will extend restrictive measures to Aug. 2, 2020, and make social payments of 42,500 tenge for loss of income 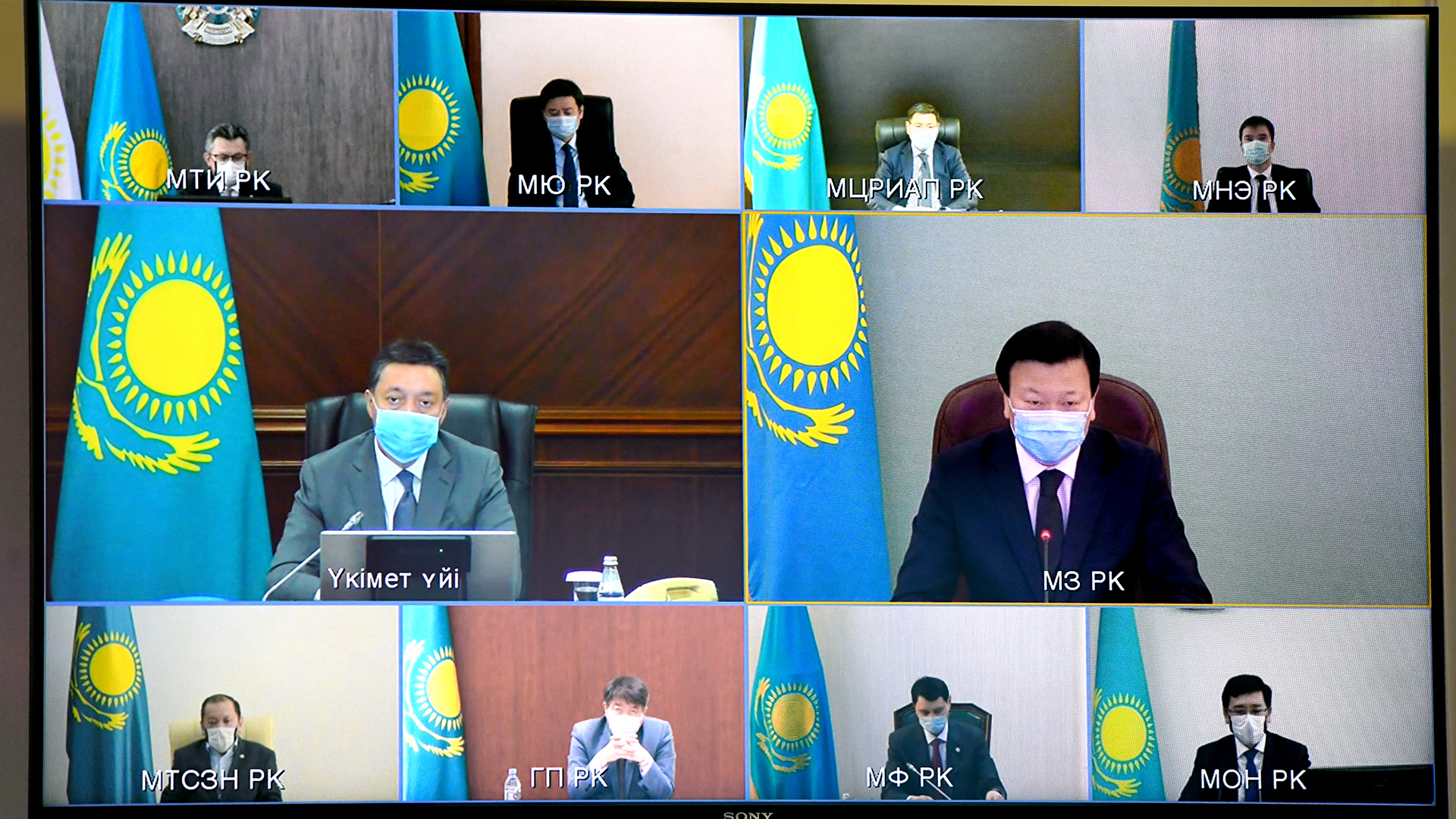 “Now it is the second week of strict restrictive quarantine measures. The incidence rate is stabilizing. At the proposal of the Ministry of Healthcare, to further stabilize the epidemiological situation, we decided to extend restrictive measures in the country for another 2 weeks from July 20 to Aug. 2,” the head of government said, urging the population to strictly comply with quarantine requirements and instructing the central state bodies and akimats to implement all measures for continued quarantine compliance.

Mamin emphasized that the necessary supply of drugs is available and is constantly replenished. At the same time, all measures should be ensured for their clear distribution in pharmacy chains and hospitals. In order to stabilize the epidemiological situation, 102 and 56 highly qualified specialists were additionally sent to Atyrau and Mangystau regions, respectively.

“On behalf of the Head of State, we decide to make social payments for loss of income in the amount of the minimum wage — 42,500 tenge — for one month for the period of restrictive measures. Payment will be made on the basis of applications from employers, individual entrepreneurs and self-employed, whose activities were limited by strengthening quarantine measures,” Mamin said.

The head of government instructed, as during the state of emergency, to provide financial assistance for foodstuffs to certain categories of the population (more than 1 million people), to proactively assign targeted social assistance for the 3rd quarter of 2020 based on the available data (about 128 thousand families), and also automatically extend for three months the period of disability, the re-examination of which falls during the quarantine period (about 30 thousand people).

The ministries of education, digitalization and Akimats, on the basis of proposals from the Ministry of Healthcare, have been instructed to provide training for distance learning in secondary education organizations from Sep. 1, 2020, in the first quarter of the new school year. At the same time, if necessary, and the presence of written statements by parents of primary school students — to ensure the possibility of in-person classes with strict observance of sanitary and epidemiological standards.

The prime minister instructed to develop an additional action plan to support business and the public in the event of a worsening socio-economic situation. At the same time, the need for the efficient spending of budget funds and the conduct of a monetary policy to keep inflation in the range of 8-8.5% was noted.

The ministry of industry, together with akimats and Atameken NCE, was instructed to increase the share of local content in the procurement of goods and construction work, as well as expand the implementation of projects in the manufacturing sector.

“Until the end of this week, I am instructing the Ministry of Agriculture to introduce a draft decision on the creation of a Land Reform Commission. The commission should develop concrete proposals for the further use of land resources,” said Mamin.

The head of government instructed the First Deputy Prime Minister Alikhan Smailov to work out urgent issues of socio-economic development of the Kyzylorda region and to introduce draft decisions in two weeks.

Akimats together with the Ministry of Labor and Social Protection of the Population were instructed to ensure the effective implementation of the Employment Roadmap program and increase the number of permanent jobs created.

The prime minister emphasized that all the tasks set by the Head of State should be clearly implemented.

“Each leader is personally responsible for their implementation,” said Mamin.