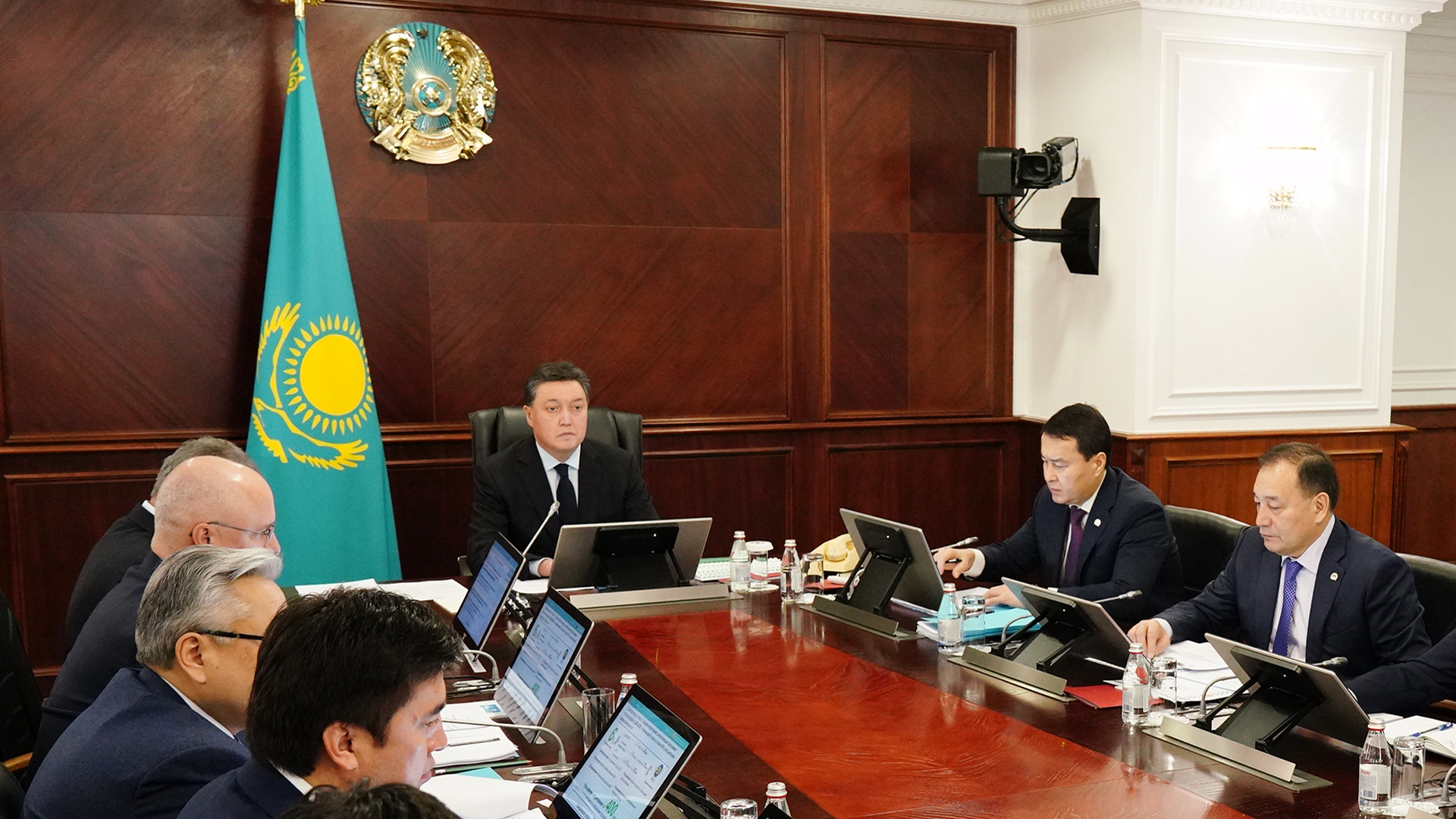 At the Government session chaired by Prime Minister Askar Mamin, measures to support entrepreneurship and domestic production were considered.

The package of measures to support Kazakhstani business was presented by the Minister of National Economy Ruslan Dalenov, proposals for stimulating the agro-industrial complex — by the Minister of Agriculture Saparkhan Omarov, Minister of Labor and Social Protection of the Population Birzhan Nurymbetov reported on the promotion of employment, new mechanisms for providing state support to entrepreneurs through the development institutions of JSC Baiterek National Management Holding were explained by Chair of the Holding Aidar Arifkhanov, the impact of the economic situation on business and developed by the Project Office under the Government of Kazakhstan anti-crisis measures — by Chair of Atameken NCE Ablay Myrzakhmetov, prevention of the growth of the debt burden of the population and business — by Chair of the Agency of Kazakhstan for Regulation and Development of the Financial Market Madina Abylkassymova, measures of JSC Samruk-Kazyna Sovereign Wealth Fund — by Chair of the Fund Akhmetzhan Yessimov.

In particular, lending and the list of priority goods under the Economy of Simple Things program will be expanded up to 1 trillion tenge; under the state program Business Roadmap-2025, the upper threshold of the loan will be increased and industry restrictions will be lifted, the mechanism for issuing guarantees for business loans will be simplified.

Large trade facilities, cinemas, theaters, exhibitions, sports facilities will be exempted from property tax for legal entities and individual entrepreneurs for a period of one year, interest on one quarter will be suspended, tax reporting for the third quarter will be postponed. Individual entrepreneurs working in the generally established mode will be exempted from taxes.

“On behalf of the Head of State Kassym-Jomart Tokayev, the Government will take unprecedented measures to support small, medium and large enterprises. These measures are primarily aimed at maintaining current employment and creating new jobs through stimulating business activity of entrepreneurs and citizens,” said Mamin.

300 billion tenge will be allocated for the implementation of the Employment Roadmap, which provides for the repair of infrastructure, social facilities and local roads with the involvement of Kazakhstani citizens.

Banks will not charge fines and penalties for late payments arising from borrowers during the imposition of a state of emergency.

“All banks need to grant a respite to business representatives whose financial situation have worsened,” said Mamin.

The Head of Government instructed to prepare draft decisions on introducing new forms of support for entrepreneurs in state sector programs within three days.

“In implementing the Decrees of the Head of State, we take a set of decisions to determine special procedures for establishing tax rates for certain categories of taxpayers, the formation and execution of the budget, and special procedures for public procurement. In general, new measures to support entrepreneurship and domestic production will create more than 200 thousand new jobs,” Mamin said.