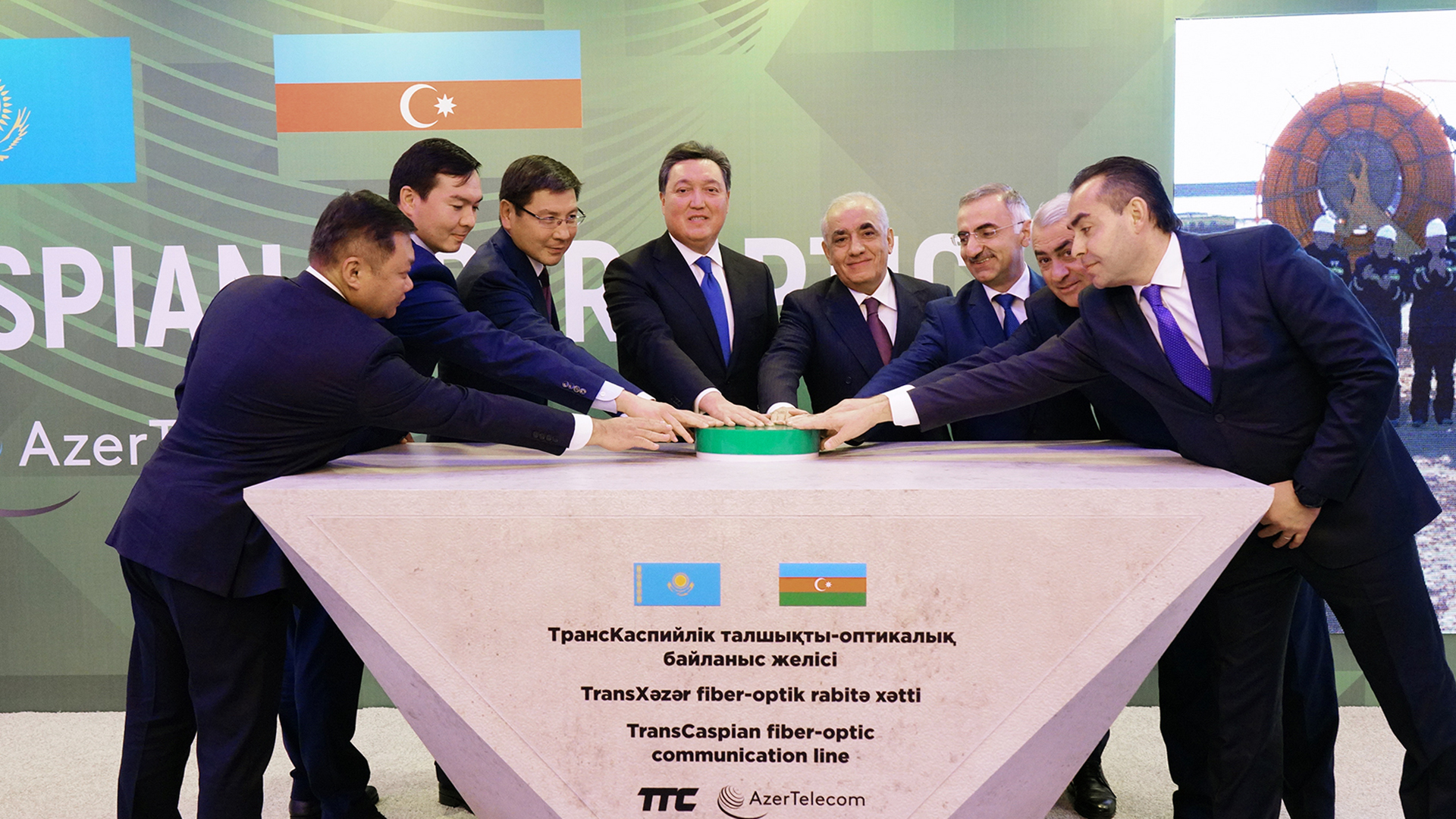 Prime Minister of Kazakhstan Askar Mamin and Prime Minister of Azerbaijan Ali Asadov attended the ceremony of launching the construction of the TransCaspian Fiber Optic in Aktau. The fiber-optic communication line between the two countries will be laid along the bottom of the Caspian Sea.

The project is transcontinental and will create a digital telecommunications corridor between Europe and Asia. The cable with a length of about 380-400 km along the bottom of the Caspian Sea will be laid by Transtelecom JSC, KazTransCom and the Azerbaijani telecom operator AzerTelecom. The cable will be put into operation by the end of 2021, it will allow the transmission of data with a capacity of at least 4-6 terabits / s.

“Azerbaijan is a strategic partner of Kazakhstan. The principles of friendship and mutually beneficial cooperation were laid down by the First President – Elbasy Nursultan Nazarbayev, the National Leader of the Azerbaijani people Heydar Aliyev and subsequently the President of the Republic of Azerbaijan Ilham Aliyev. President of Kazakhstan Kassym-Jomart Tokayev, continuing the foreign policy of Elbasy, attaches particular importance to the development and deepening of bilateral relations with Azerbaijan,” Mamin said.

The head of government of Kazakhstan emphasized that the joint TransCaspian Fiber Optic project will allow to reach a higher level of development of a high-speed and secure data transmission infrastructure, enter the number of leading Europe-Asia trunk routes and take its rightful place in world data transit. 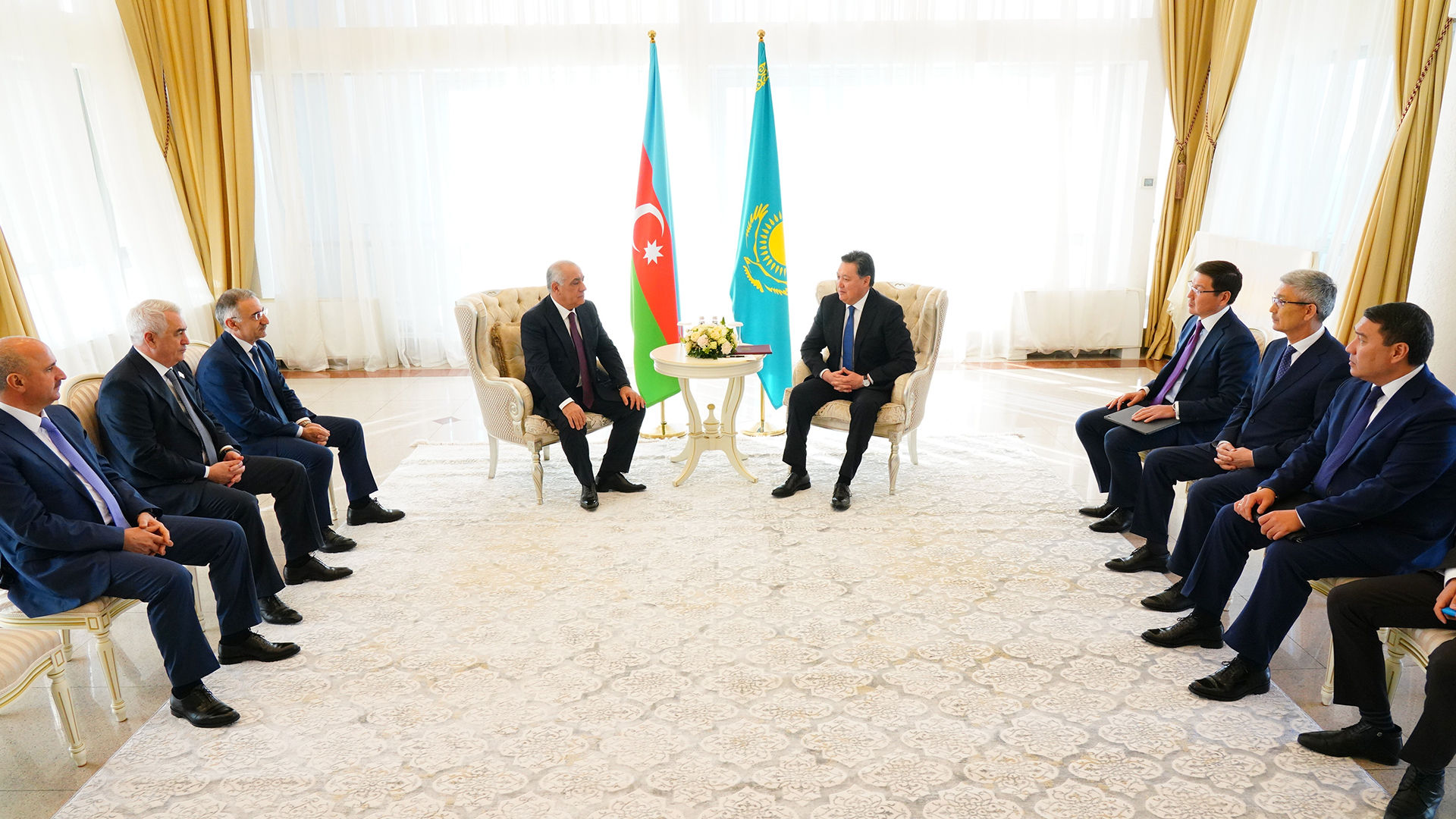 Mamin and Asadov discussed the state and prospects of cooperation between the two countries in trade, economic, investment, transport and logistics, agriculture, space and cultural and humanitarian spheres.

As part of a working trip to Mangystau region, Prime Minister Askar Mamin attended a capsule laying ceremony at the construction site of a methanol and olefin plant. The project is being implemented by Singapore-based WestGasOil, with an investment of $1.8 billion. The plant’s capacity is 300 thousand tons of methanol and 600 thousand tons of olefins per year. For the construction period, 4,000 jobs will be created, after commissioning in 2023, the company’s staff will be 650 people. 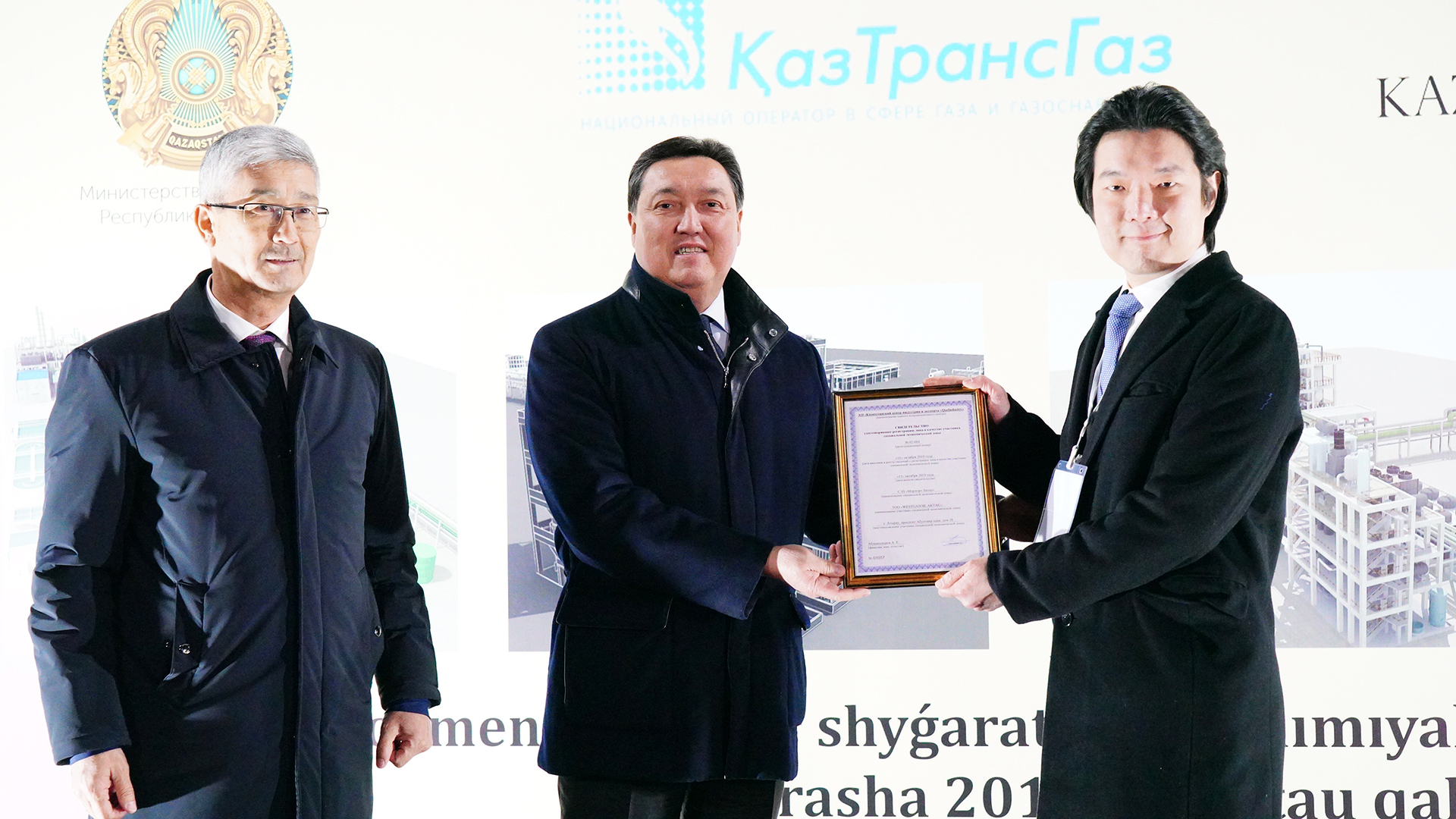 The head of government also inspected the construction of the multi-functional and tourist complex Aktau Resort Hotel, as well as the work of KazAzot, Mangystau Oil Refining enterprises and the Maga-Bread bakery. 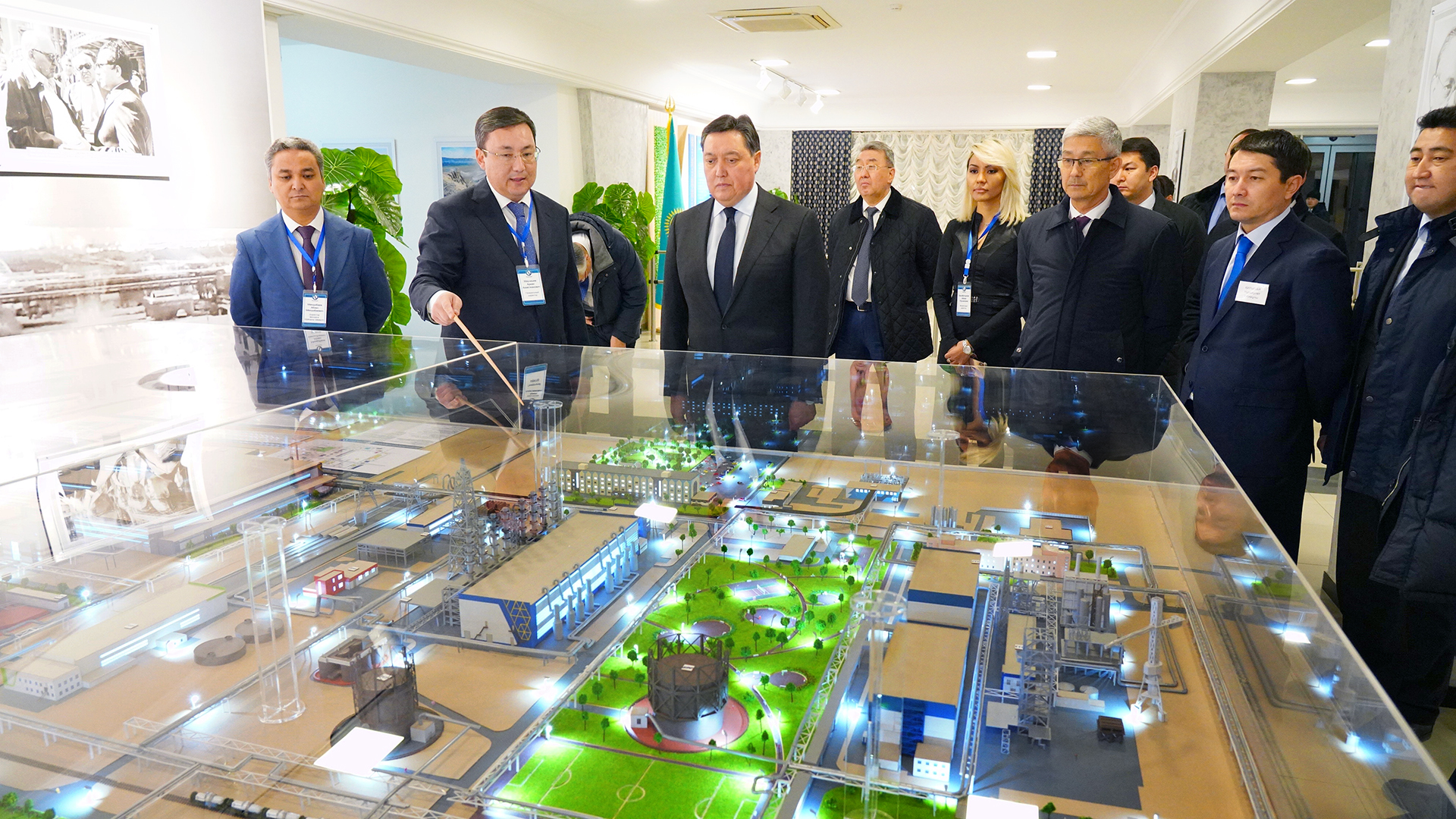 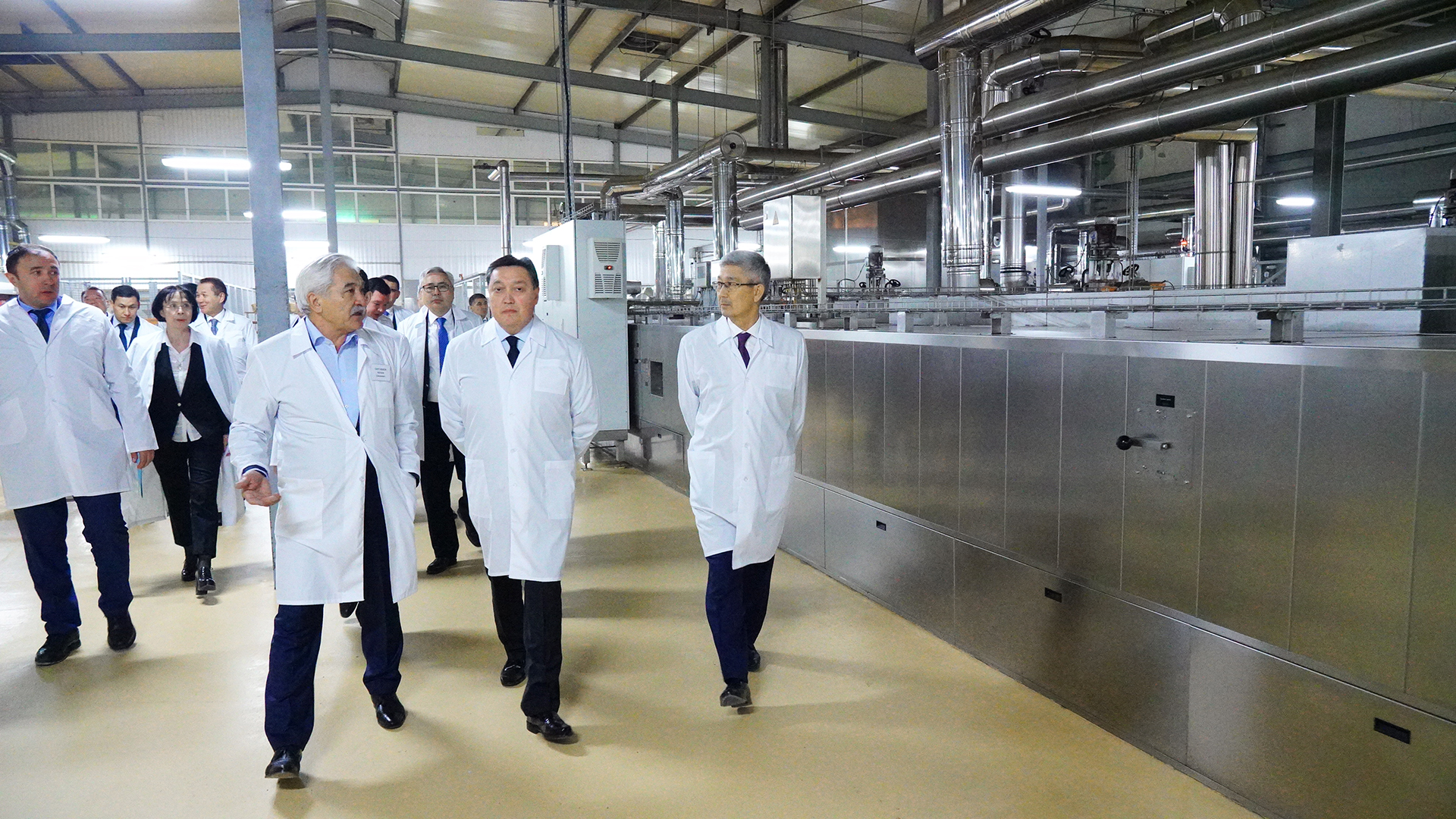 Mamin visited the Kekilbayev Cultural Center, where he examined the museum and memorial of the national writer of Kazakhstan.