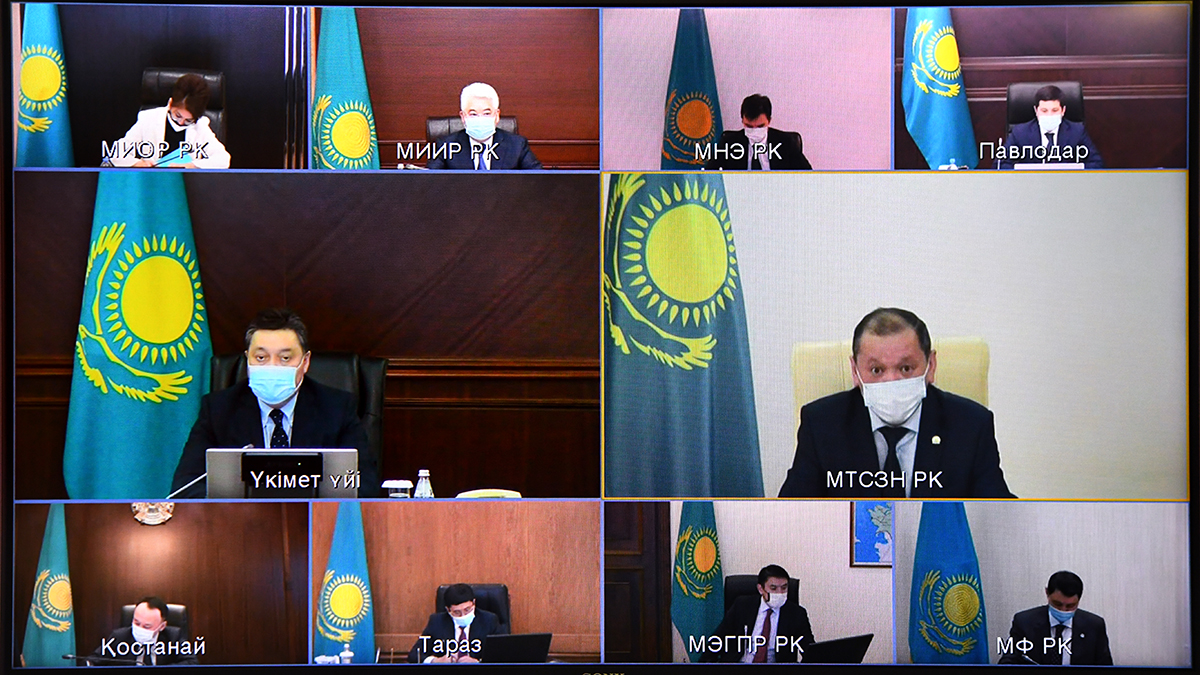 At a government session chaired by Prime Minister Askar Mamin, the implementation of the Employment Roadmap was reviewed.

The reports were made by the Minister of Labor and Social Protection of the Population Birzhan Nurymbetov, akims of the East Kazakhstan region Daniyal Akhmetov and the Kyzylorda region — Gulshara Abdykalikova.

“The implementation of the anti-crisis measures taken this year helped to maintain productive employment of the population. The employment roadmap helps many Kazakhstanis to get and keep work and income, has a significant socio-economic effect,” Mamin said.

As part of the Employment Roadmap, 6,600 objects of social, communal and transport infrastructure are being built. After the completion of projects in related industries, about 100 thousand jobs will be created. About 90% of the goods, works and services required for the implementation of the Roadmap projects were purchased from domestic producers. About 19 thousand business entities received orders for 488 billion tenge, at least 114 thousand jobs were saved.

The prime minister noted the good dynamics of the implementation of measures to support employment in Atyrau, East Kazakhstan, Zhambyl, Kyzylorda regions, the cities of Nur-Sultan and Shymkent.

The head of government instructed akimats to step up work to achieve the planned targets of the Roadmap.

The Ministry of Labor and Social Protection of the Population, together with interested state bodies and akimats, was instructed to update the Employment Roadmap for the next year by the end of this year with an emphasis on creating permanent jobs. At the same time, taking into account the completion of many projects, it was noted the need to provide employment assistance measures for the released program participants.

The Ministry of National Economy, together with interested state bodies and akimats, was instructed to update the indicators of all state programs for job creation by the end of this year, introduce an appropriate statistical accounting system, and develop and approve Regional maps of job creation.