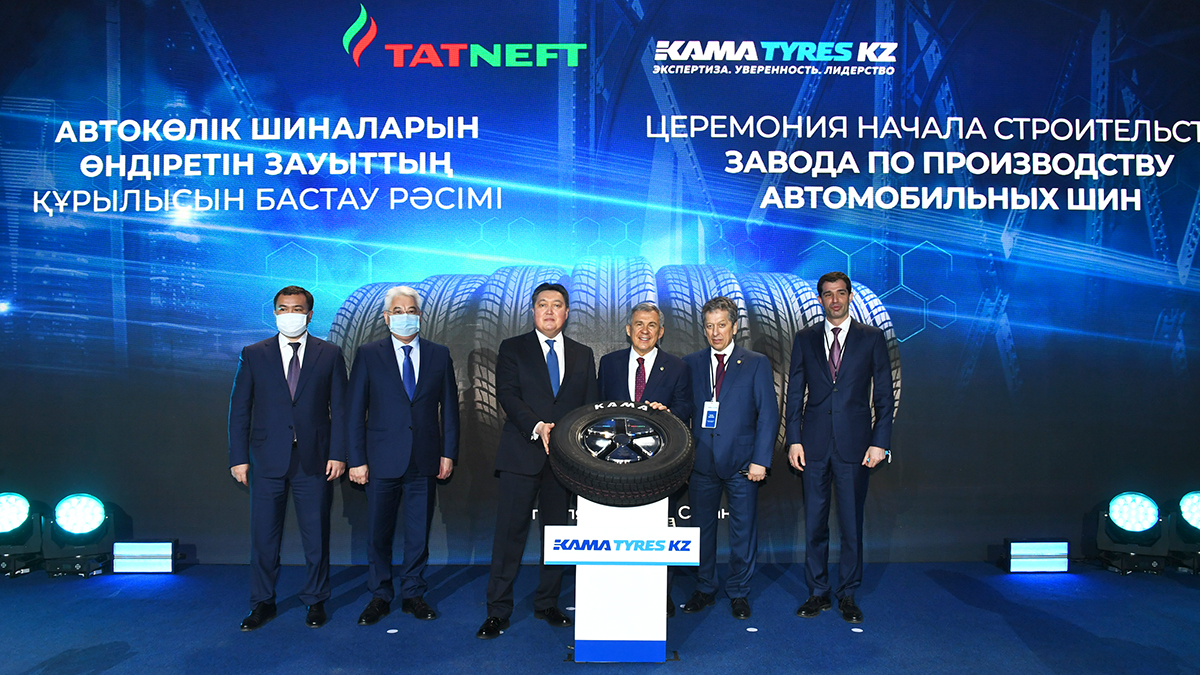 Prime Minister of the Republic of Kazakhstan Askar Mamin and President of Tatarstan Rustam Minnikhanov launched the construction of a tire plant in the city of Saran, Karaganda region.

The project will be implemented by KamaTyresKZ LLP, a joint venture of JSC AllurGroup and PJSC Tatneft. The production capacity of the plant at the first stage will be 3.5 million multi-purpose tires annually, with subsequent increase to 9 million tires a year.

The plant will increase the level of localization of automobile production in the Republic of Kazakhstan and ensure import substitution of tires. At the same time, 40% of the products are planned to be exported. The project is scheduled for completion by the end of 2022. The total investment will amount to 125 billion tenge. 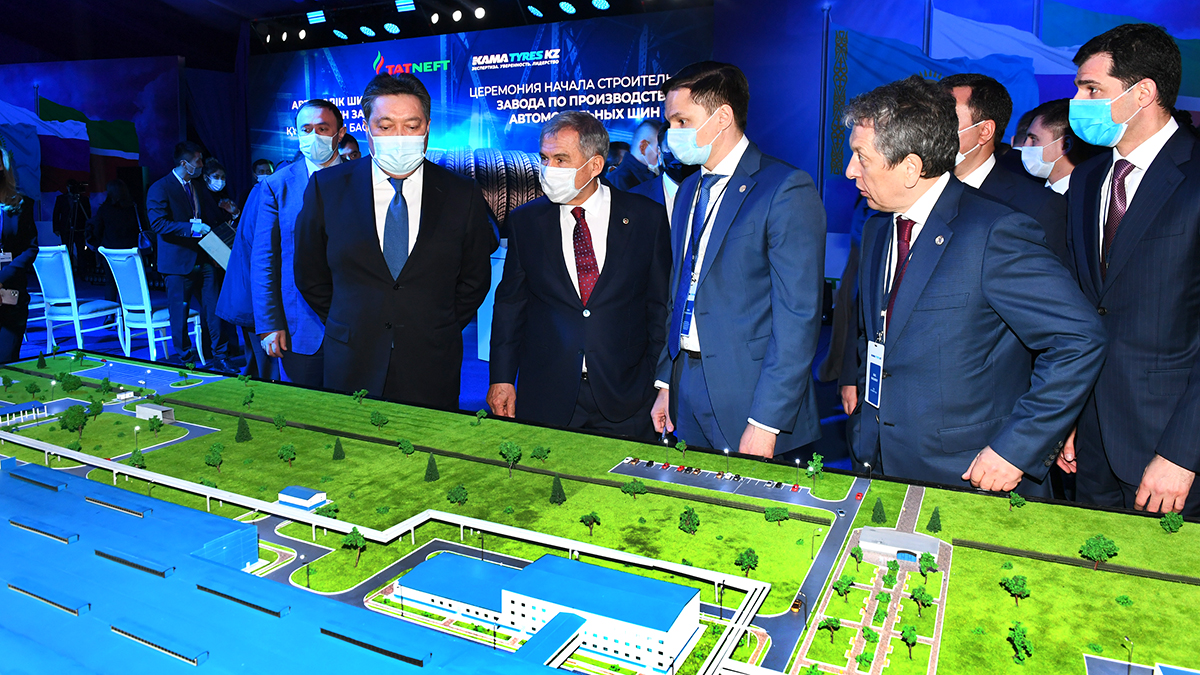 The plant will create over 1,100 new highly qualified jobs. The personnel of the enterprise has already begun to undergo training at the tire enterprises of PJSC TATNEFT.

The head of government stressed that the project for the construction of a tire plant testifies to the concrete practical expansion of industrial cooperation between Kazakhstan and Russia.

“The construction of a tire plant in Saran will have a multiplier effect on the economy of the Karaganda region and, in general, Kazakhstan, increasing its competitiveness and creating new highly qualified jobs. The plant will become one of the largest in the region, its products will have a high export potential,” Mamin said.

President of Tatarstan Rustam Minnikhanov noted in his speech that Kazakhstan is one of the leading foreign partners of Tatarstan. In 2020, despite the pandemic, the trade turnover increased by 14% and exceeded $630 million. 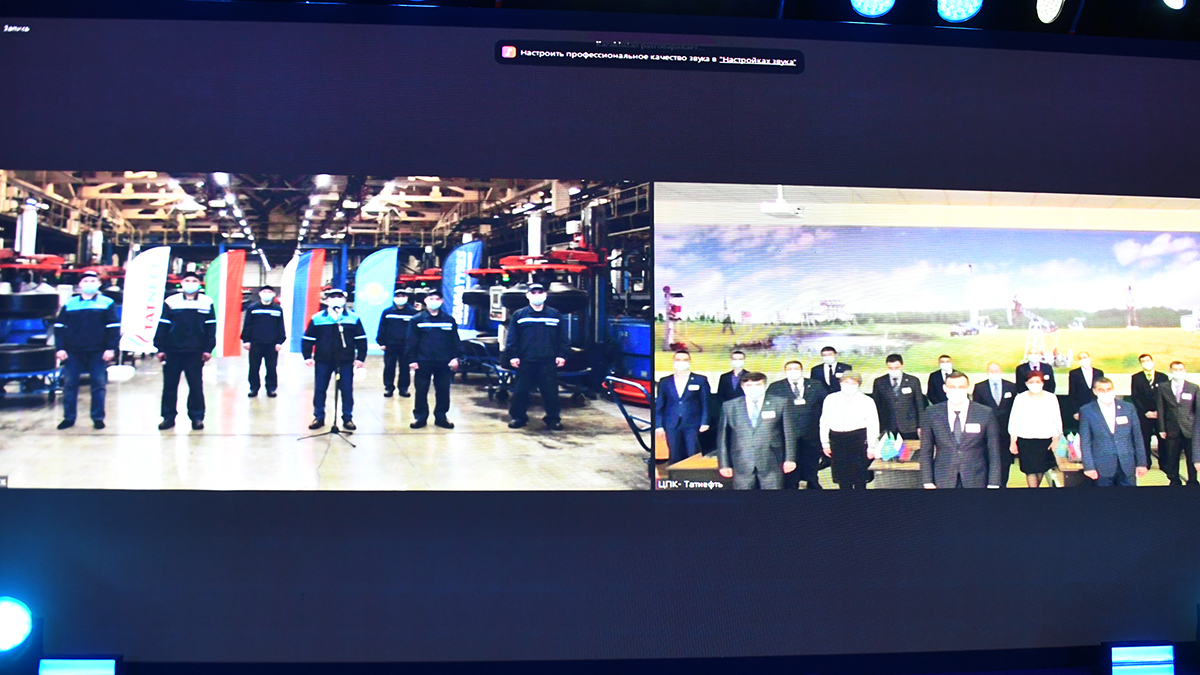 “I am sure that the construction and launch of a tire plant will become an important element of a set of measures to ensure the intensive socio-economic development of Kazakhstan, and will also serve to further expand Tatarstan-Kazakhstan cooperation by the blessing of strengthening relations between the Russian Federation and the Republic of Kazakhstan,” he said.

Akim of the Karaganda region Zhenis Kassymbek, Minister of Industry and Infrastructure Development Beibut Atamkulov, General Director of PJSC Tatneft Nail Maganov, Chair of the Board of Directors of JSC Group of Companies Allur Andrey Lavrentiev and Director of KamaTyresKZ LLP Alexander Smyshlyaev attended the ceremony of pouring concrete for the construction of the tire plant on the territory of an industrial zone.

In the presence of the Prime Minister of the Republic of Kazakhstan Askar Mamin and the President of Tatarstan Rustam Minnikhanov, JSC NC KazMunayGas and PJSC Tatneft signed an agreement on the basic terms of cooperation on the project for the production of butadiene rubbers used in bitumen modification, production of adhesives, glues, rubbers and environmentally friendly tires. The project implementation period is 2021-2025, the production capacity is 186 thousand tons of butadiene rubbers and 170 thousand tons of isobutane per year. 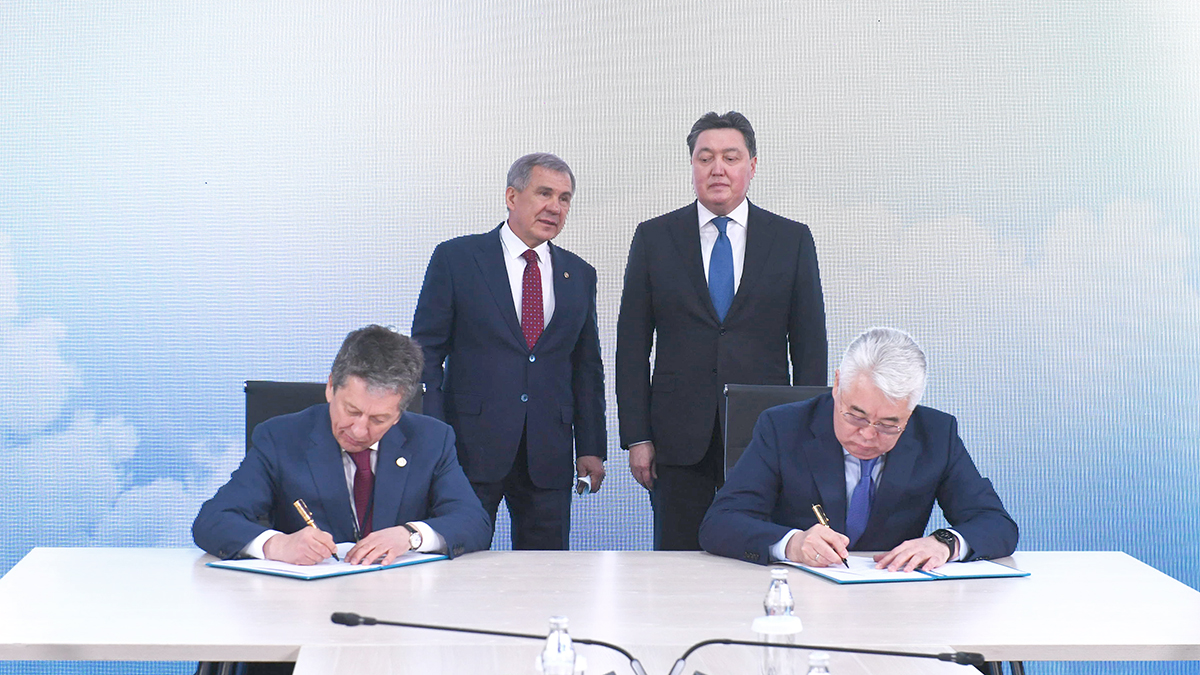 In addition, an agreement on the intention to build a bitumen plant in Kazakhstan was signed between the Ministry of Industry and Infrastructure Development of the Republic of Kazakhstan and PJSC TATNEFT. 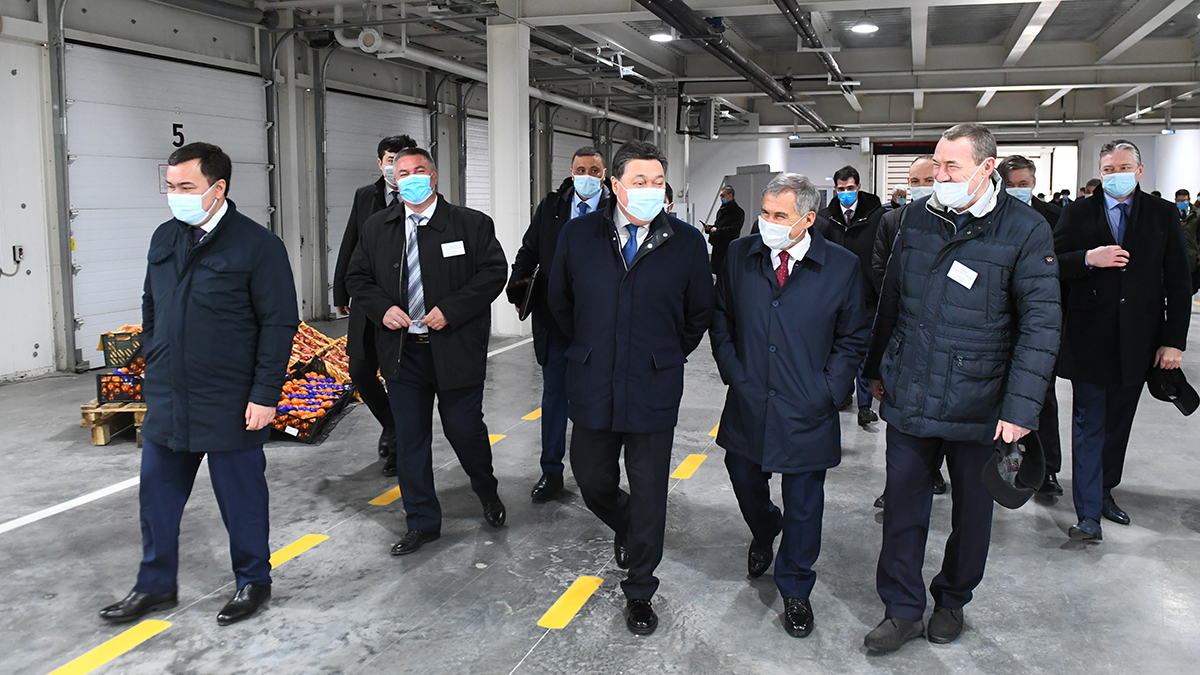 As part of a working trip to the Karaganda region, the Head of the Government of Kazakhstan and the President of Tatarstan also got acquainted with the work of the largest wholesale distribution center in Kazakhstan, Global City, which connects the flows of trade in agricultural products in the North-South direction.