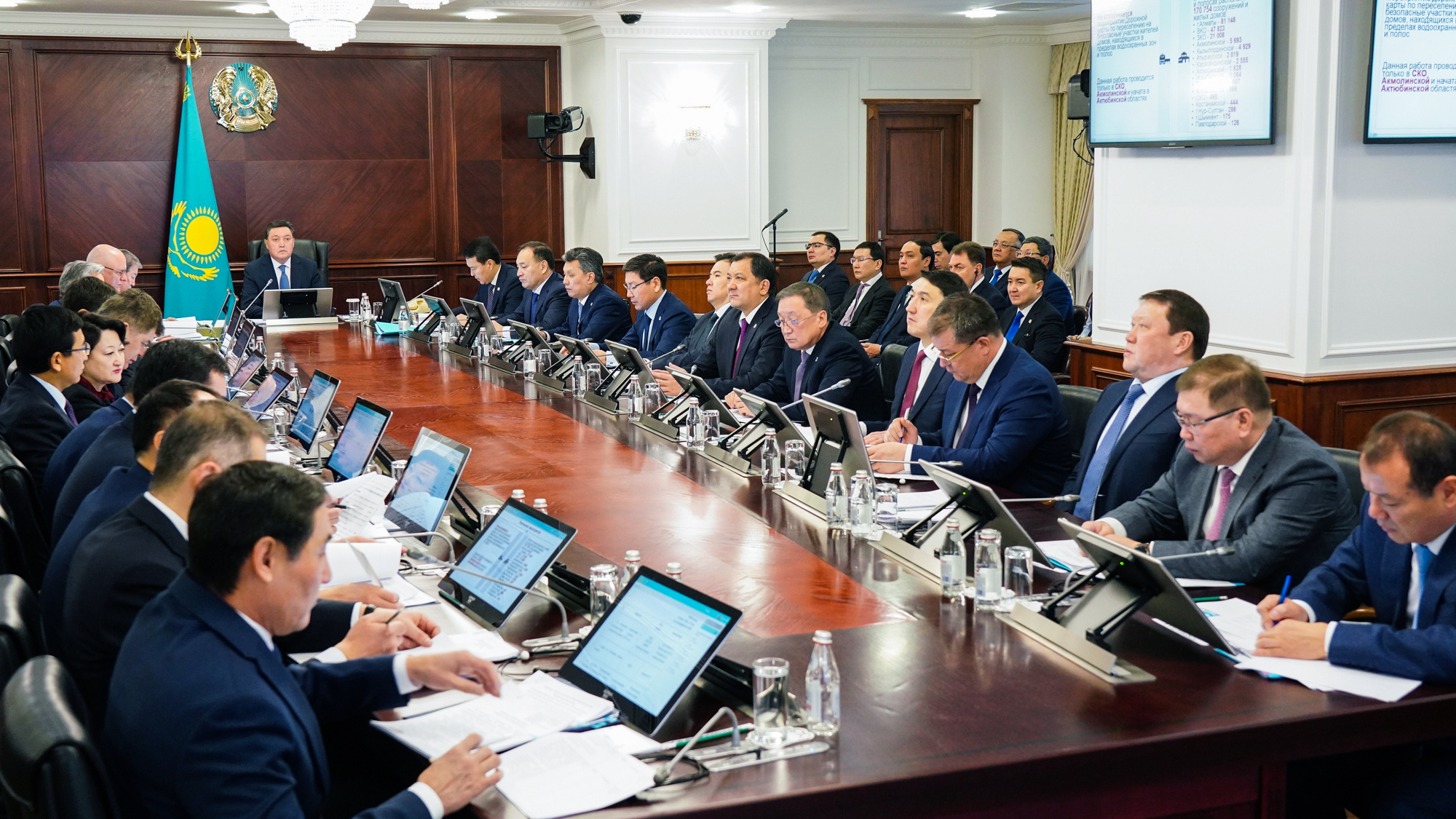 At the government session chaired by Prime Minister Askar Mamin, the state’s preparedness for the upcoming flood period was examined.

In order to prepare for the flood period of the current year, in the fall of 2019, the regions carried out work on the construction and repair of 163 km of protective dams, shore protection, dredging, straightening 330 km of riverbeds of flood hazardous rivers, the construction of 116 km of drainage canals, and the clearing of 2,006 km of canals, irrigation ditches and 10,314 culverts under car and railway bridges.

To prevent and eliminate the consequences of floods, reserves of 13.5 thousand tons of fuel and lubricants, 152.6 thousand tons of inert materials, 840 thousand bag containers and 47 tons of explosives were prepared, more than 8.8 million cubic meters were removed from settlements. m of snow. 1,707 reception centers for the evacuated population were prepared, evacuation routes were updated, a group of forces and means of the Ministry of Internal Affairs was formed with a total number of 9 thousand people and 1,730 technical equipment pieces. Training and public awareness is being provided.

The constant monitoring is carried out on 464 hazardous sections of roads, 66 bridges and 852 culverts, where 883 pieces of road maintenance equipment are provided. Daily patrolling of roads and road structures is carried out.

“According to forecasts, a very large amount of snow is expected to melt in the central, northern, eastern part of the republic. Therefore, from today, all akims take personal control of the situation. To mobilize all necessary means and equipment for the removal of snow, including from rural settlements. To ensure the clearing of riverbeds, drains, storm sewers, the construction of temporary earthen ramparts and dams. The relevant services of the Ministry of Internal Affairs and the Ministry of Ecology will also establish clear monitoring and control,” Mamin said.

The head of government instructed the Ministry of Industry and Infrastructure Development to organize round-the-clock monitoring of the prevention of overflows on republican highways and railway lines, to ensure that flood waters pass through culverts.

“Based on the forecast data, the Ministry of Ecology will determine the safe filling volumes of the reservoirs and ensure constant monitoring of their filling. If necessary, take measures for early emptying of reservoirs,” said Mamin.

The prime minister instructed the Ministry of Internal Affairs, together with interested state bodies and regional akimats, to create the appropriate headquarters, to ensure the full readiness of forces and means, including public warning systems, for possible emergency situations.