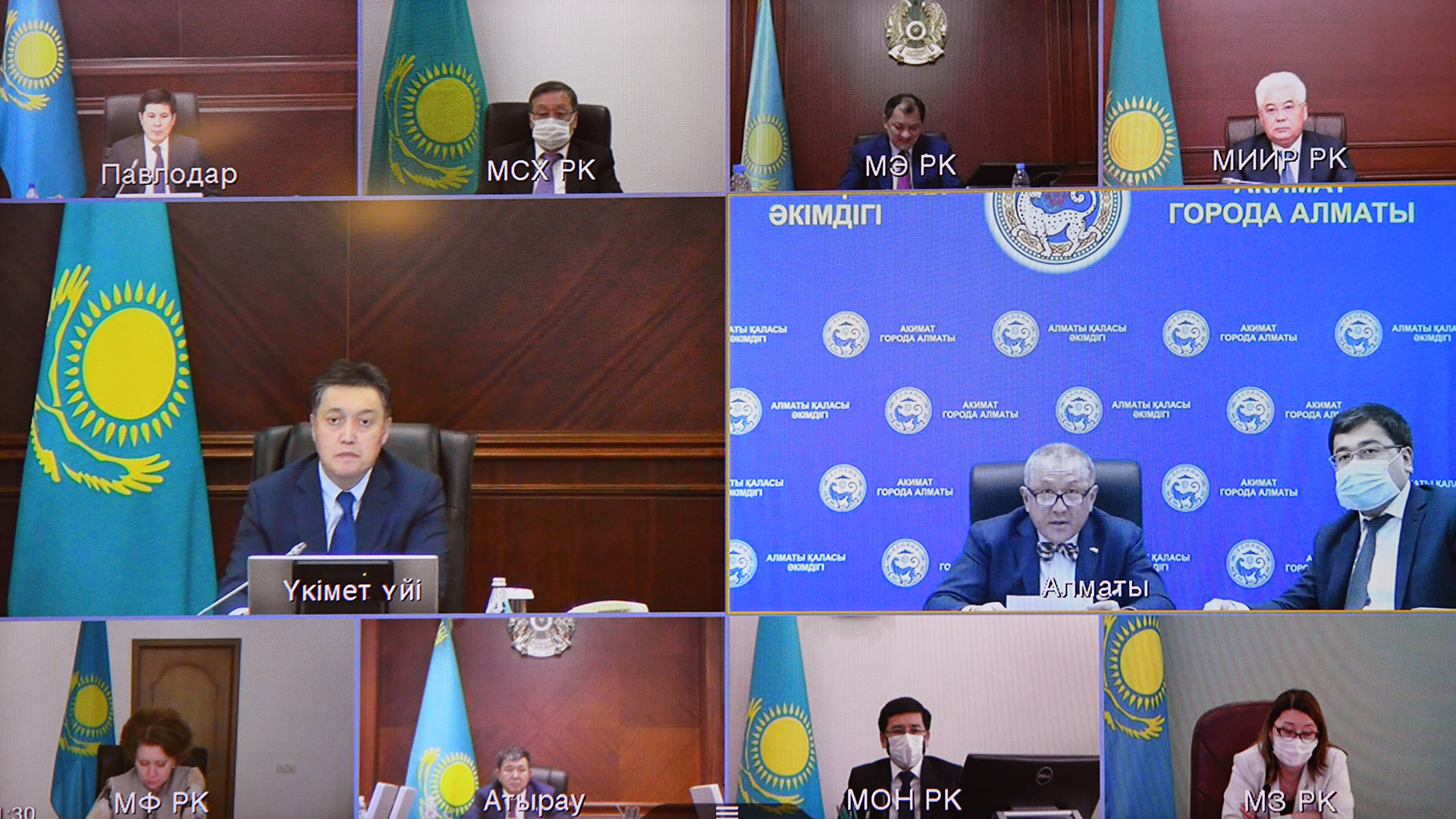 At the government conference call chaired by Prime Minister Askar Mamin, the development of mechanical engineering in Kazakhstan was considered.

Minister of Industry and Infrastructure Development Beibut Atamkulov reported on the development of the industry, Minister of Energy Nurlan Nogayev spoke on engineering in the oil and gas industry, and Akim of the Karaganda region Zhenis Kassymbek and Kostanay region Arkhimed Mukhambetov reported on industry development in the regions. Chair of the Union of Mechanical Engineers of Kazakhstan Meiram Pshembayev and representatives of business — President of Astana Group Nurlan Smagulov, General Director of LLP KARLSCKRONA LC AB Ualikhan Akhmetov and Director of KazRostEngineering Ltd. Daryn Imanmusaev also spoke during the session.

Engineering is the main driver of the manufacturing industry of the Republic of Kazakhstan, ensuring its consistent growth. According to the results of 5 months of this year, despite the economic downturn, in the machine-building industry, the production volume amounted to 535 billion tenge, which is 18.5% higher than last year.

Currently, about 3 thousand enterprises in the engineering industry are operating in Kazakhstan, which have mastered the production of a wide range of products — from components and spare parts to the assembly of high-precision equipment, thereby meeting the needs of basic sectors of the economy, such as oil and gas, metallurgy and agriculture. The level of localization depending on sectors of the industry ranges from 35% to 95%.

The Head of Government noted the importance of increasing local content in engineering.

“This is very important given that the service life of 70% of the country's fleet is significantly exceeded. Its updating will allow loading the capacities of domestic enterprises, creating new jobs, ensuring safety at the workplace and roads, improving the environment in the country,” Mamin said.

The prime minister noted that according to the decision of the Supreme Eurasian Economic Council, it is necessary to ensure that the level of localization of motor vehicle production is at least 50%. In this regard, it is necessary to take control of the fulfillment of obligations by car manufacturers.

The prime minister instructed the Ministry of Industry and Infrastructure Development to increase localization, production volumes and expand exports of engineering products, as well as jointly with the Ministry of Agriculture, to develop concrete proposals for a month to update the fleet of agricultural machinery.

The prime minister instructed the ministries of energy and industry to prepare proposals for attracting oil and gas equipment companies, expanding the access of domestic engineering enterprises to the procurement of large oil and gas operators, as well as comprehensive measures to remove systemic barriers in the industry.

The head of government instructed to study the possibility of providing new support measures for domestic exporters of competitive high-tech products, as well as within the framework of the execution of the order of the President of Kazakhstan Kassym-Jomart Tokayev, by July 1, 2020, to create the Industrial Development Fund.