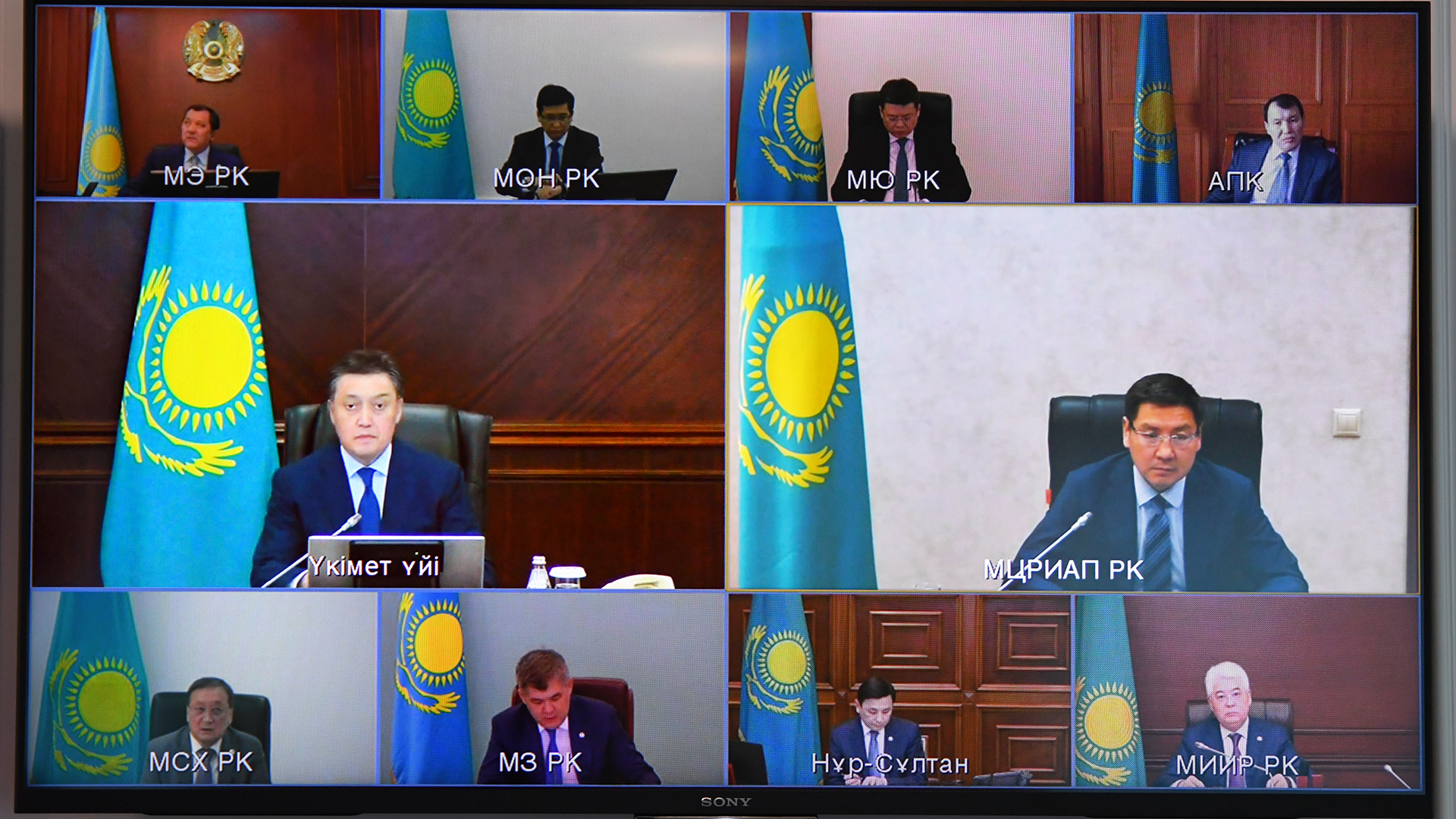 Prime Minister Askar Mamin held a meeting of the Commission under the President of the Republic of Kazakhstan on Digitalization. The course of the implementation of the Smart Bridge project, the digitalization of local executive bodies and land relations were discussed.

Minister of Digital Development, Innovation and Aerospace Industry Askar Zhumagaliyev made a report on the work being done in all these areas, Akim of Nur-Sultan Altai Kulginov addressed the implementation of the smart city concept, and Minister of Agriculture Saparkhan Omarov and Chair of the Government for Citizens State Corporation Assemgul Baltasheva spoke about the digitalization of land relations.

The implementation of the Smart Bridge project to create a single integrated platform for public and private sector information systems began in January 2020.

To date, 175 legal entities have been authorized (35 state bodies, 12 second-tier banks, 15 national companies, 113 representatives of the private sector), 336 services have been published, 290 applications for connection have been sent.

To ensure the uniformity of digitalization in the regions, the Reference Standard of Smart Cities of the Republic of Kazakhstan has been updated, covering 11 areas of life. According to the new concept, all services and public services should be transferred to one window of the e-government portal.

As part of the creation of a national database of land resources and real estate, work is underway to form an information system for the Unified State Real Estate Cadastre.

At the same time, a bill is being developed to optimize and simplify the procedures for obtaining land, providing for amendments to the Land, Civil Codes and a number of laws. New approaches based on digital technologies will make it possible to digitize and reduce the number of public services in the field of land relations from 15 to 7, reduce the actual time for granting land rights from 1 year to 20 days, and exclude the state certificate and land management project, as well as the land commission.

The prime minister instructed to work out the issues of transferring all public services to the public and business online with the completion of work in the third quarter of 2020, as well as timely and effective implementation of integration work at the central and local levels.

“Existing electronic platforms, such as the health passport, labor exchange, public transport payment system, and provision with utility meters, should be applied everywhere in the regions,” Mamin said, instructing regional akimats to take the necessary measures to implement the reference standard in a high-quality manner, taking as a model the experience of Nur Sultan and Akkol.

The head of government instructed the ministries of agriculture, digital development and akimats to work out a draft of necessary amendments to land legislation by the end of the third quarter and introduce it to the government.

“Everything should be worked out in detail at the central and local levels with the involvement of the public,” said Mamin.

The Ministry of Digital Development, Innovation and the Aerospace Industry, as part of the execution of the head of state’s order to reformat the concept of e-government and update the state program Digital Kazakhstan, was instructed to submit approaches to the government agreed with state bodies and akimats within two weeks.