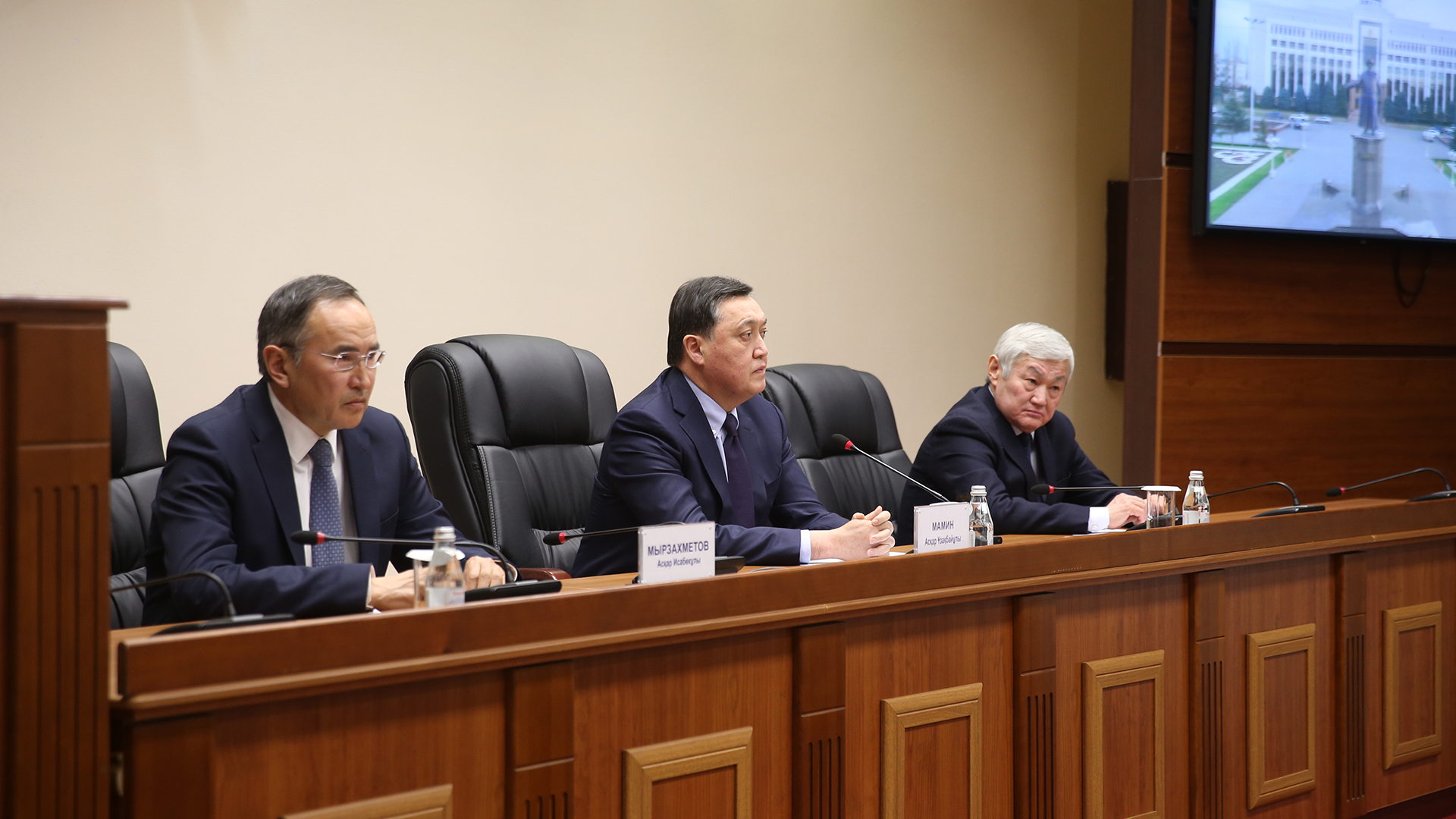 Head of Government Askar Mamin attended an extraordinary session of the Maslikhat of the Zhambyl region, where the candidacy of Berdibek Saparbayev proposed by the Head of State Kassym-Jomart Tokayev for the post of akim of the region was supported unanimously.

At the meeting with the activists of Zhambyl region, Mamin noted Askar Myrzakhmetov’s contribution to the development of the region and thanked for the work done as the head of the region.

Introducing the new akim, the prime minister noted the great experience of his work in senior positions at the regional and republican levels.

“The first President – Elbasy Nursultan Abishevich Nazarbayev and the Head of State Kassym-Jomart Kemelevich Tokayev pay special attention to the development of the Zhambyl region. Currently, the leadership of the region is facing ambitious tasks. First of all, it is necessary to pay special attention to ideological work and strengthening interethnic harmony, improving the socio-economic situation and the quality of life of the population,” said Mamin. 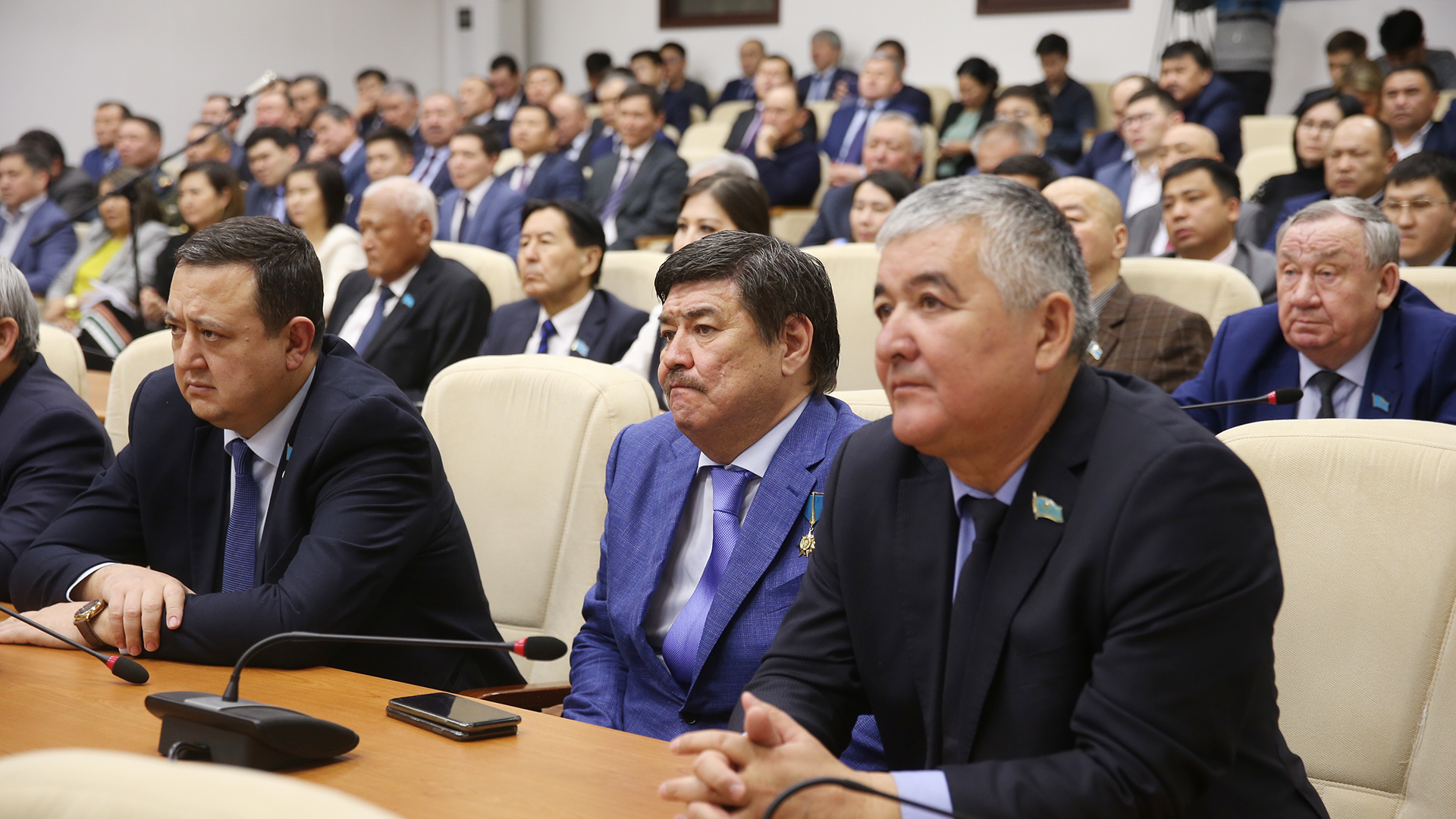 The head of government emphasized the importance of solving the problems of ensuring sustainable economic development, attracting investments, creating new jobs, improving the quality of life and increasing population incomes.

“I’m sure that the experience of leadership and knowledge will allow Berdibek Mashbekovich, together with the region’s activists and maslikhat’s deputies, to provide a high-quality solution to the tasks set by the Head of State,” Mamin emphasized.

The secretaries of the regional and city maslikhats Baglan Karasholakov and Batyrbek Kulekeev, the rector of the Taraz Innovation and Humanitarian University Yerbolat Saurikov and the general director of Kazphosphate LLP Mukash Iskandirov spoke at the meeting expressing support for the candidacy proposed by the Head of State and wished successful and fruitful work to the new akim of Zhambyl region. 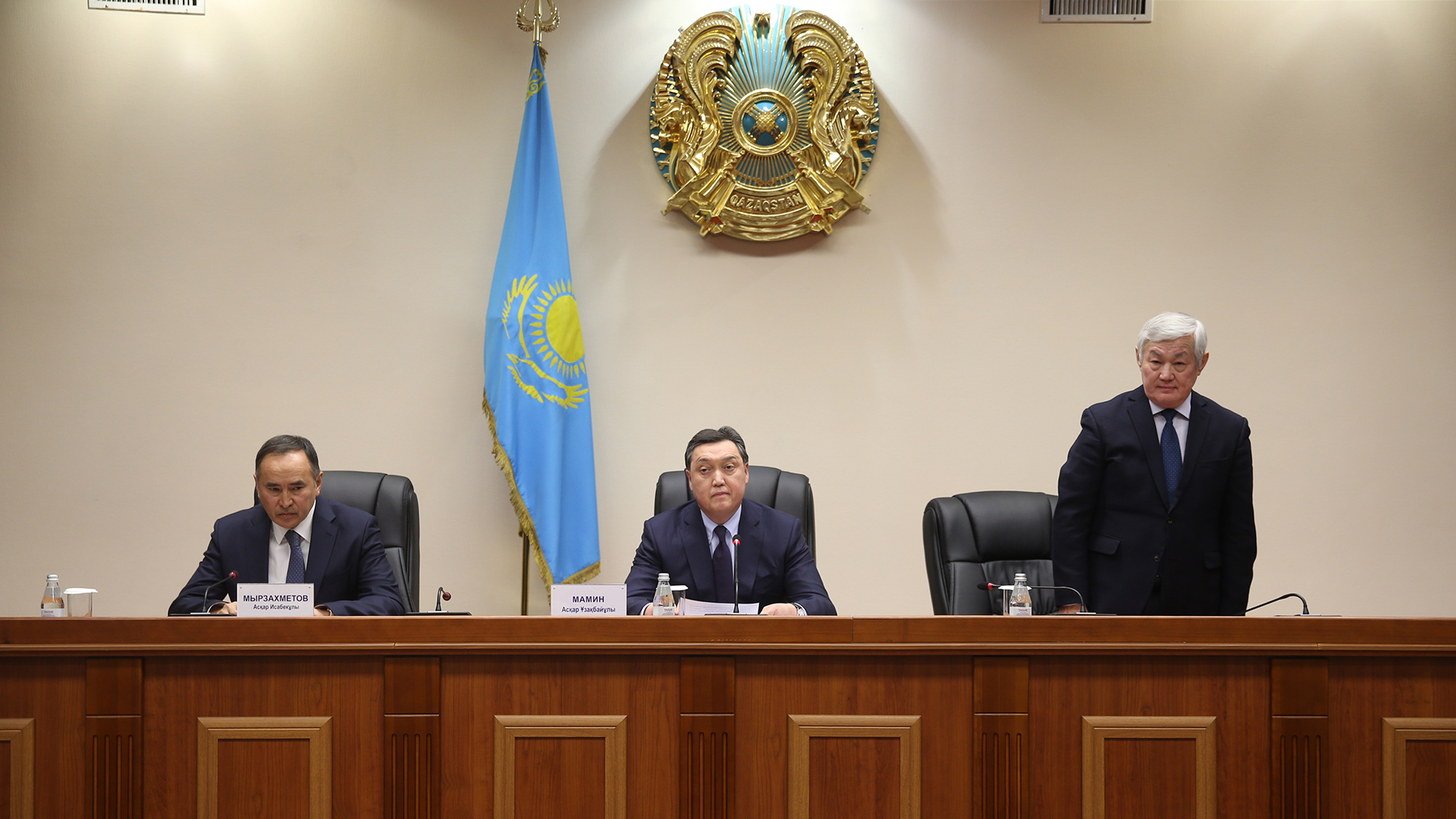 Berdibek Saparbayev was born in 1953 in the Kyzylorda region. He began his career in 1969 as a worker of the Zadarinsky state farm. In 1977, he graduated from the Alma-Ata Institute of National Economy with a degree in economics. After graduation, he worked as an economist at the Republican Department of Gostrudsberkass.

At different times, Berdibek Saparbayev worked as the head of the President’s Office, Cabinet of Ministers, the Ministry of Finance of the Kazakh SSR, the Agency and the Customs Control Committee of the Republic of Kazakhstan, and the Ministry of Finance. He has been akim of Kyzylorda, South Kazakhstan, East Kazakhstan, Aktobe regions, vice minister of economy and budget planning, minister of labor and social protection of the population. Since August 2019, he has served as deputy prime minister of the Republic of Kazakhstan.