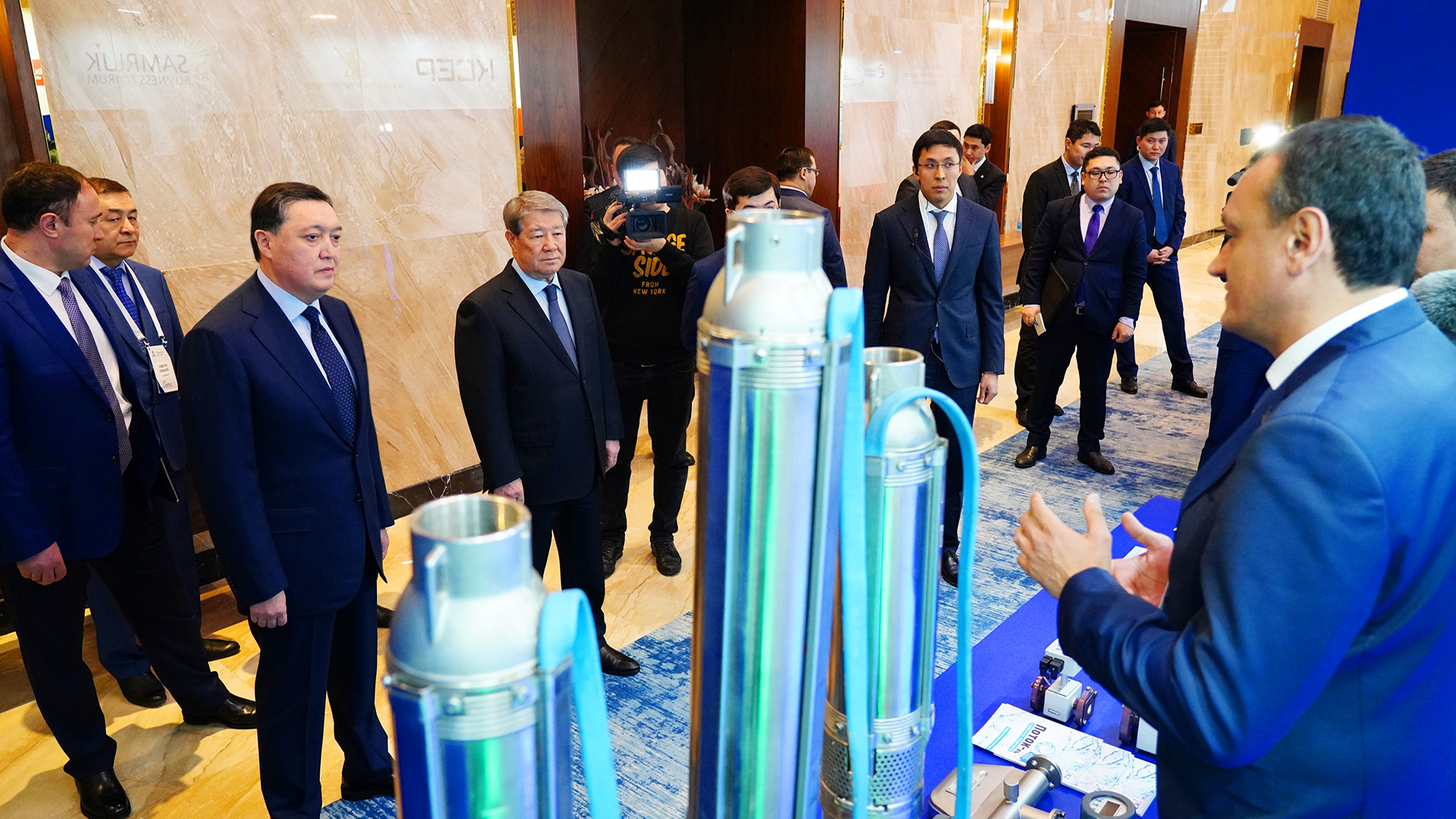 Prime Minister of Kazakhstan Askar Mamin took part in the plenary session of the Samruk Business Forum dedicated to the topic of supporting domestic producers.

“The first President of Kazakhstan – Elbasy Nursultan Abishevich Nazarbayev pays great attention to providing the domestic market with domestic products and the development of the economy of simple things. The Head of State Kassym-Jomart Kemelevich Tokayev gave the Government specific tasks for the development and support of domestic producers,” Mamin said.

The head of government noted that the annual procurement reaches more than 4 trillion tenge; it is important to effectively use this financing in the interests of developing domestic production.

“Samruk-Kazyna Fund has high potential for nurturing small and medium-sized businesses. Almost every subsidiary of the Fund is an anchor, and often a city-forming enterprise for its region,” Mamin said.

A mechanism for off-take contracts and long-term contracts has been created and is successfully functioning as an effective driver in the development of domestic production and import substitution. To date, 27 off-take contracts for the creation of new industries have been approved, the amount of investments for which will exceed 215 billion tenge, about 2 thousand jobs will be created. The Government, together with the National Bank, is working to recognize second-tier banks as such pledges, which will facilitate access to financing for these projects.

“Samruk-Kazyna Fund has defined a pool of more than 1,350 commodity items, which should become the new wave for business initiatives on import substitution. Today, 180 operating enterprises have expressed great interest in the development and implementation of investment projects,” said Mamin.

The prime minister emphasized the need for careful elaboration of projects, as well as the willingness of business to take counter obligations in the form of creating new jobs, increasing localization and production of quality products. 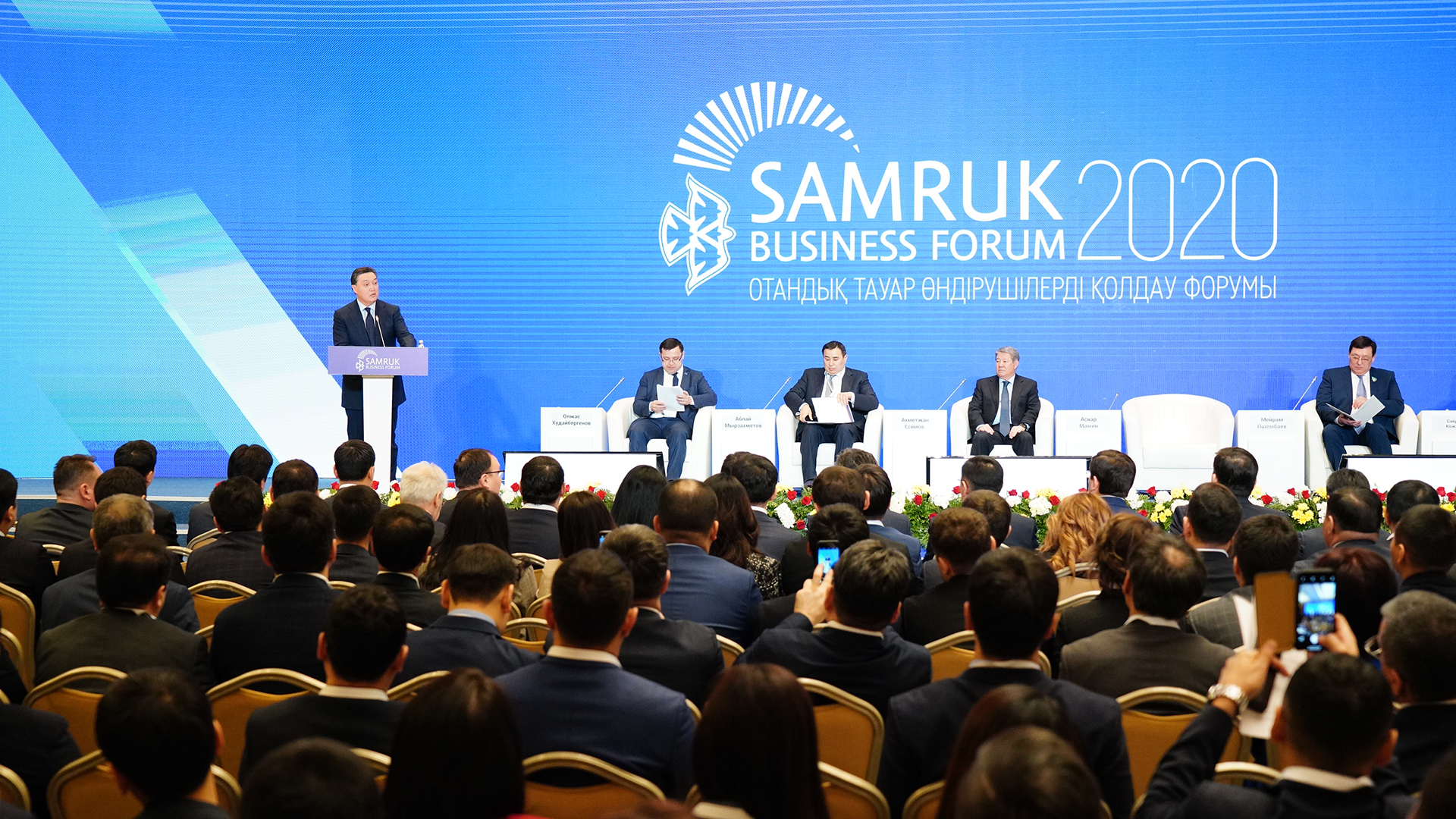 Mamin noted the work begun by Samruk-Kazyna on the development of single-industry towns as part of the procurement of the backbone companies of the Fund.

“For example, in the city of Zhanaozen alone, within the framework of this initiative, purchases amounting to 230 billion tenge are planned. This will give an additional impetus to the economic development of the region,” said the head of government.

Mamin emphasized that the Samruk-Kazyna Foundation is actively involved in the implementation of the Economy of Simple Things Program. At the same time, he noted the importance of using domestic building materials and equipment in the procurement of construction and installation works.

“The successful experience of Samruk-Kazyna should become an example and be extended to all regulated procurements, including government bodies, quasi-state companies and subsoil users. Their total volume is much larger and is estimated at about 15 trillion tenge,” Mamin emphasized.

The prime minister got acquainted with the exhibition of domestic products in the areas of digital technologies, engineering, chemical, furniture, textile, footwear, industry, equipment for the electric power industry and the oil and gas industry, as well as the potential for further development of import substitution.

The event was attended by about 900 people — the Chair of JSC SWF Samruk-Kazyna Akhmetzhan Yessimov, Chair of NCE Atameken Ablay Myrzakhmetov, members of the Government, heads of national companies and representatives of Kazakhstani business.

Within the framework of the forum, off-take agreements were concluded between the Samruk-Kazyna Fund, its subsidiaries and domestic producers for a total of about 35 billion tenge, and the award ceremony of leading domestic companies took place in the nominations Best Service Company, Reliable Supplier and others.