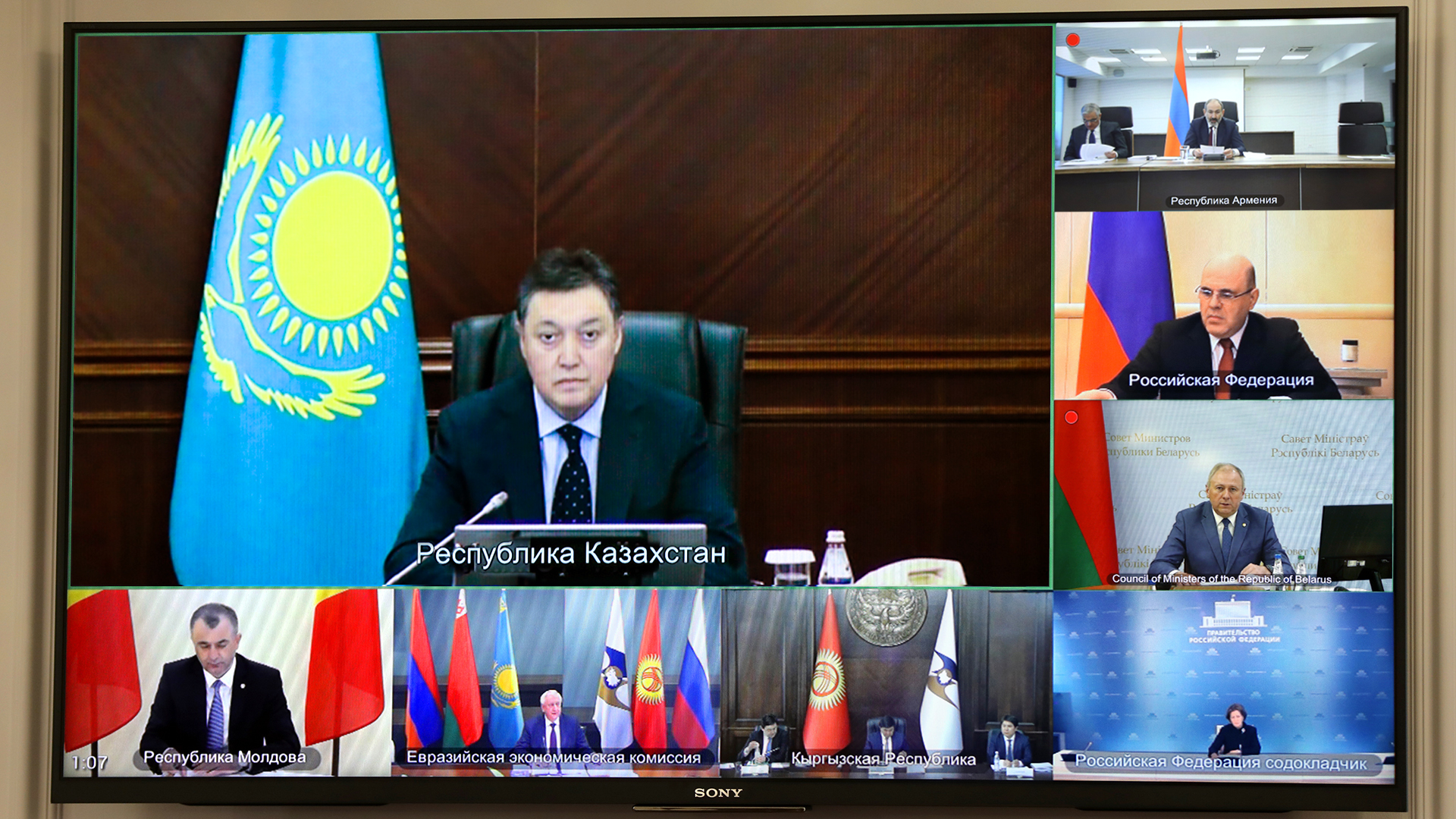 The Head of the Government of Kazakhstan spoke about measures taken by Kazakhstan to combat the spread of COVID-19, stabilize the economy and support the population and business. He emphasized the need for further anti-crisis measures not only at the level of national economies, but also within the framework of the entire Eurasian Economic Union.

The Head of Government pointed out the importance of regionalizing production processes on the basis of existing and potential competitive advantages of the economies of the EAEU member states, developing joint approaches to attract production assets displaced from Southeast Asia, China and other regions, forming links with new sales markets, and actively forming favorable conditions for the dynamic development of digital technologies and artificial intelligence.

“The long-term stability of the EAEU is directly dependent on the stability of trade processes. In this regard, we need to reconsider approaches to regional trade, taking into account the priority of goods and services created within the framework of the union,” Mamin said.

The prime minister emphasized the need to strengthen joint work to systematize and subsequently remove all existing barriers to mutual trade.

“The current economic crisis is not only a challenge to our economies, but also an opportunity. Joint work within the EAEU will not only mitigate the effects of the crisis, but also create conditions for the formation of fundamental factors for long-term growth and the development of competitiveness of the value created within the EAEU,” Mamin said.

The meeting was also attended by Prime Ministers of the Russian Federation Mikhail Mishustin, Belarus – Sergey Rumas, Moldova – Ion Chicu, Kyrgyzstan – Muhammedkaly Abylgaziev, the Republic of Armenia – Nikol Pashinyan and Chair of the Board of the Eurasian Economic Commission Mikhail Myasnikovich.

The meeting participants reviewed the progress in preparing the draft Strategic Directions for the Development of Eurasian Economic Integration until 2025, improving the mechanisms for applying special protective, anti-dumping and countervailing measures, the development of electronic commerce, accelerated integration of national information systems and other issues.

The parties agreed to simplify the procedure for exporting perishable products from Kazakhstan to the territory of the EAEU member states by introducing a system of certificate of origin for serial production. This measure will minimize the time and material costs of obtaining documents confirming the origin of Kazakhstani goods. A certificate of origin of “serial” products may be issued once in respect of homogeneous, mass-produced products for a period of 6 months.

As a result of the meeting, decisions, instructions and orders were adopted, including the EAEU measures to ensure economic stability in the context of the COVID-19 pandemic.

The document provides for increased interaction between the authorized bodies in the field of sanitary and epidemiological welfare of the population, the creation of a green corridor for the import of socially important goods by temporarily zeroing import customs duties and simplifying customs procedures, introducing uniform time restrictions on the export of critical goods to third countries, promotion of digitalization of trade and cashless payments, joint activities to create antiviral drugs and vaccines, organize their mass production and other measures.