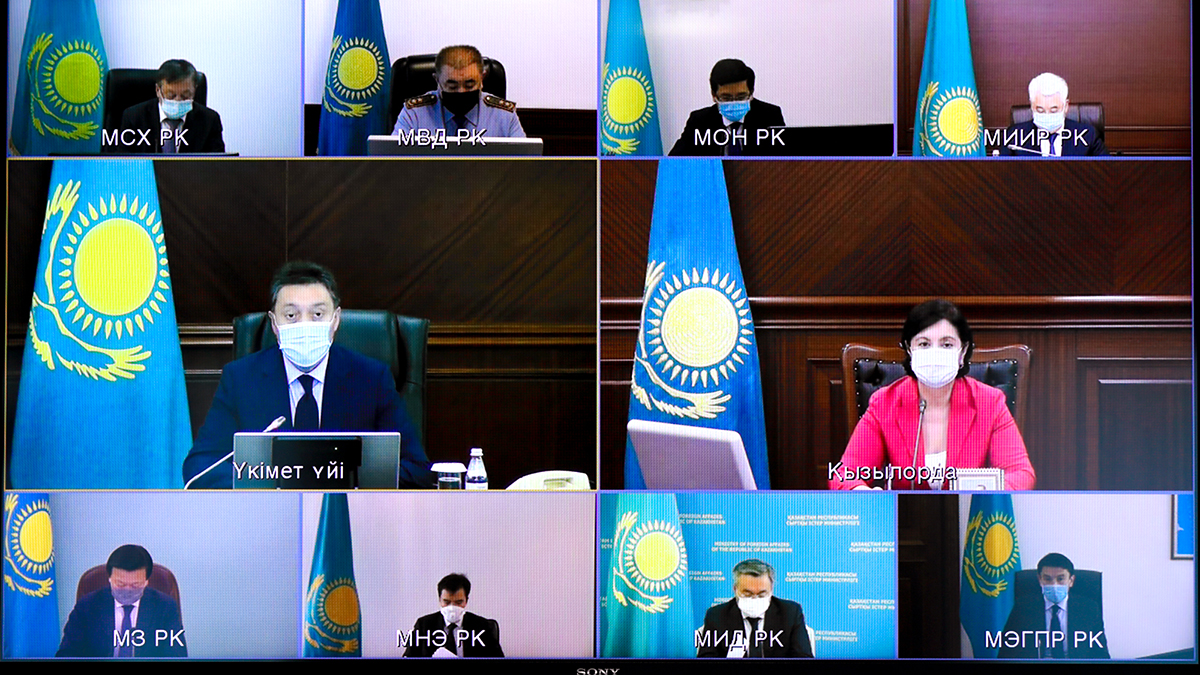 Prime Minister Askar Mamin held a meeting on the development of the Kyzylorda region.

First Deputy Prime Minister Alikhan Smailov and Akim of Kyzylorda region Gulshara Abdykalikova reported on the work carried out by the central state bodies and the akimat of the Kyzylorda region to develop proposals for solving urgent problems of the socio-economic development of the region. Minister of National Economy Ruslan Dalenov, Minister of Industry and Infrastructure Development Beibut Atamkulov, Minister of Healthcare Alexey Tsoy and heads of other central state bodies made comments during the discussions.

The working group on the development of the Kyzylorda region supported 79 projects for 100 billion tenge. This year, it is planned to finance 42 projects in the region for 15.6 billion tenge. The list of projects includes the beginning of the reconstruction of the Kyzylorda hydroelectric complex, the development of water supply and power supply systems in the cities of Kyzylorda, Aralsk and Terenozek, provision of state grants to young entrepreneurs and an increase in microcrediting within the framework of Business Roadmap 2025, continued construction of a new main street in Kyzylorda, etc.

Ministry of Education and Science, within the framework of providing computer equipment to students from families belonging to socially vulnerable segments of the population, at the expense of the Government's reserve, plans to purchase computer equipment (computers, laptops, tablets and modems) for 34.7 thousand students of the region.

In 2021, it is planned to start the implementation of 32 projects, including the development of water supply systems for the settlements of Akbasty, Tokabay, Abay, Toretam, Zhankozha batyr, Maidakol and the city of Baikonyr, the modernization of the Kokaral dam, the Kumisketken and Karakuzyak reservoirs, as well as the improvement of irrigation systems, construction gas pipeline and intra-block gas networks in Zhalagash settlement, construction of housing and corresponding engineering and communication infrastructure, including five 50-apartment residential buildings in Baikonur, etc.

It is expected that these measures will give a tangible socio-economic effect for the development of the region, including an increase in investments in fixed assets and the creation of new jobs.