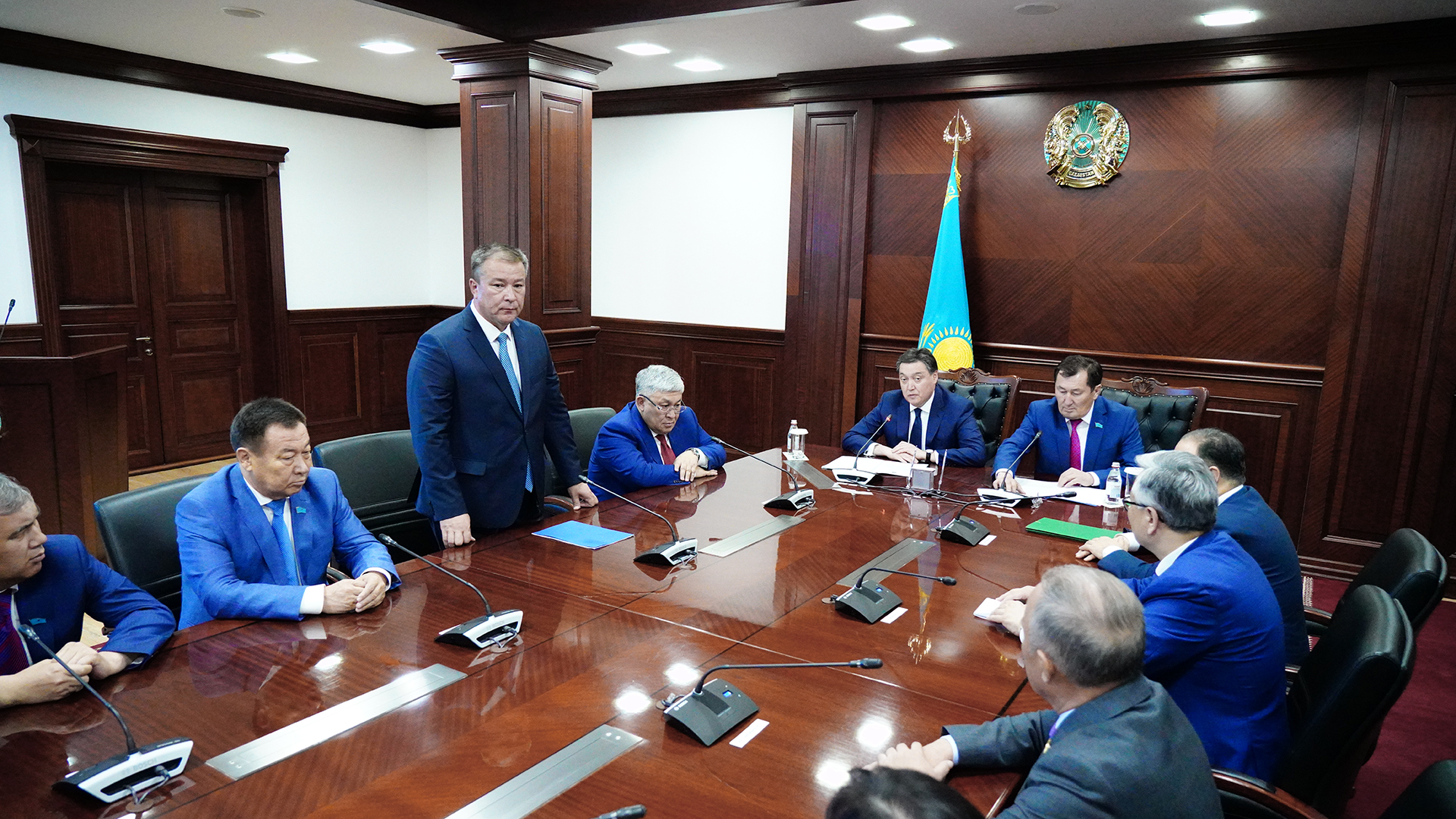 Prime Minister Askar Mamin on behalf of the Head of State took part in an extraordinary meeting of the maslikhat of the Kyzylorda region, during which he read out a letter from the President Kassym-Jomart Tokayev proposing to appoint Kuanyshbek Iskakov to the post of regional akim.

According to the voting results, Maslikhat deputies unanimously supported the candidature proposed by the president.

At the meeting with the activists of the Kyzylorda region, the head of the Government thanked the previous akim, Krymbek Kusherbayev, for the great work done to develop the region and wished success in the new position – the head of the Presidential Administration.

“Krymbek Kusherbayev headed the Kyzylorda region for 6 years, made a significant contribution to the socio-economic development of the region. During this time, large infrastructure and industrial projects were implemented. Effective measures have been taken to develop the social sphere,” said Askar Mamin.

Askar Mamin noted that the Kyzylorda region faces the task of implementing the initiatives of the First President – Elbasy Nursultan Nazarbayev to improve the quality of life of the population and fulfill the instructions of the Head of State Kasym-Jomart Tokayev to ensure stable economic growth by realizing the existing potential. The new akim, together with the region’s activists and maslikhat deputies, have been instructed to make all the necessary efforts.