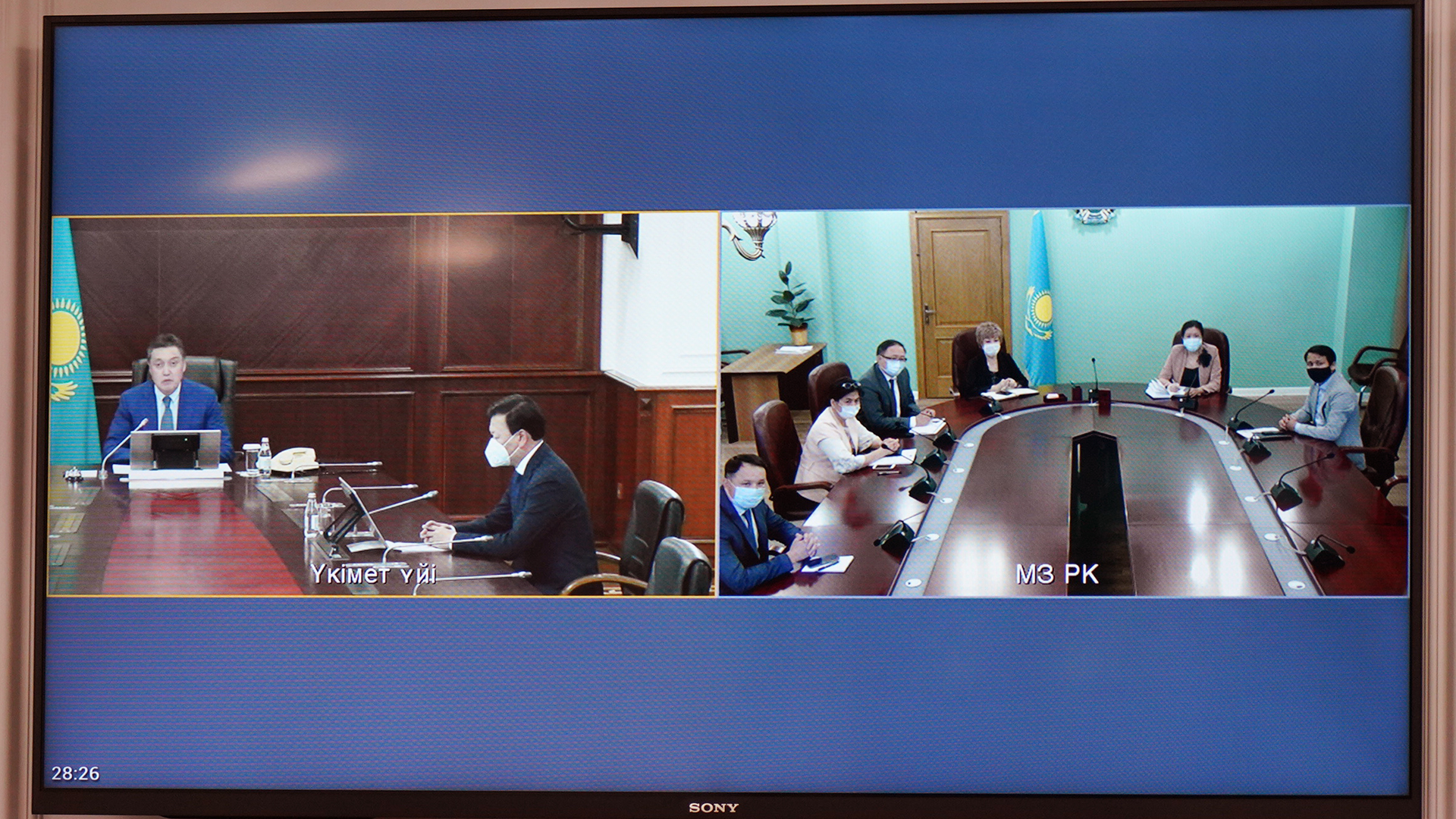 Askar Mamin emphasized the importance of solving the tasks facing the healthcare system and protecting public health amid the fight against the coronavirus pandemic.

The former Minister of Healthcare Yelzhan Birtanov had been relieved of his post by the Head of State according to a submitted application for health reasons. In his letter of resignation, Birtanov noted that due to his illness and the need for additional treatment, the full management of the healthcare industry, especially in the face of complicating epidemiological conditions, had become difficult. He emphasized that the post of the minister of healthcare requires daily systematic work, constant tight control and prompt response and management of all structures of the ministry.

Alexey Vladimirovich Tsoy was born April 2, 1977, in the South Kazakhstan region. He graduated from South Kazakhstan State Medical Academy, graduate school of the Kazakhstan State Medical Academy, Daneker Institute of International Law and International Business, and the Higher School of Corporate Management of the Russian Presidential Academy of National Economy and Public Administration. He completed an internship at Stanford University (USA), as well as in Singapore, Moscow, Germany, Great Britain and others. Doctor of Business Administration, Ph.D.

Since February 2019, he headed the Medical Center of the Office of the President of the Republic of Kazakhstan; on June 22, he was appointed first vice minister of healthcare.