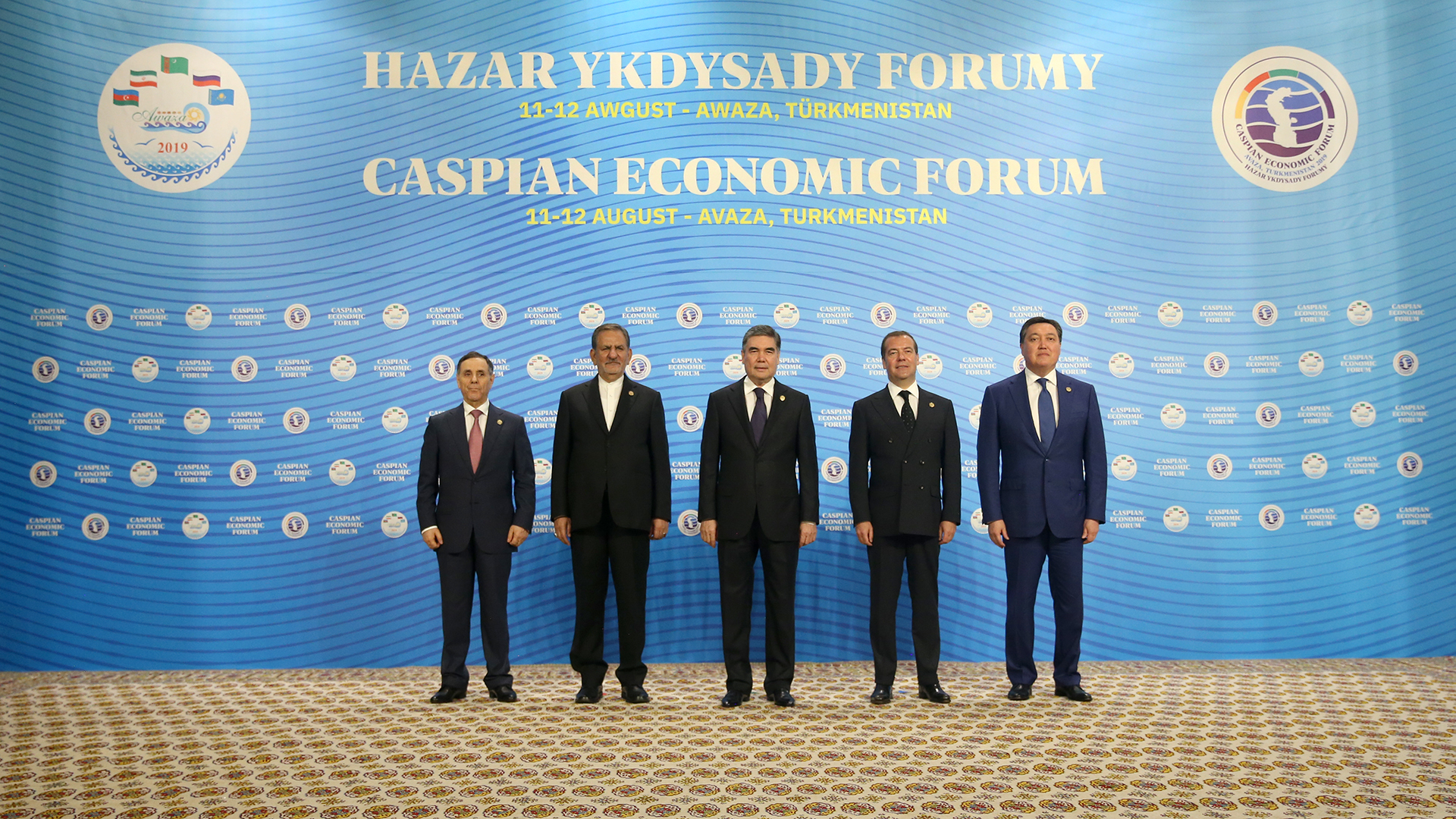 Prime Minister Askar Mamin paid a working visit to Turkmenbashi to participate in the I Caspian Economic Forum.

The plenary session of the forum was attended by President of Turkmenistan Gurbanguly Berdimuhamedov, Chairman of the Government of Russia Dmitry Medvedev, Prime Minister of Azerbaijan Novruz Mammadov, First Vice President of Iran Eshaq Jahangiri, as well as the prime ministers of Uzbekistan Abdulla Aripov and Bulgaria – Boyko Borisov. 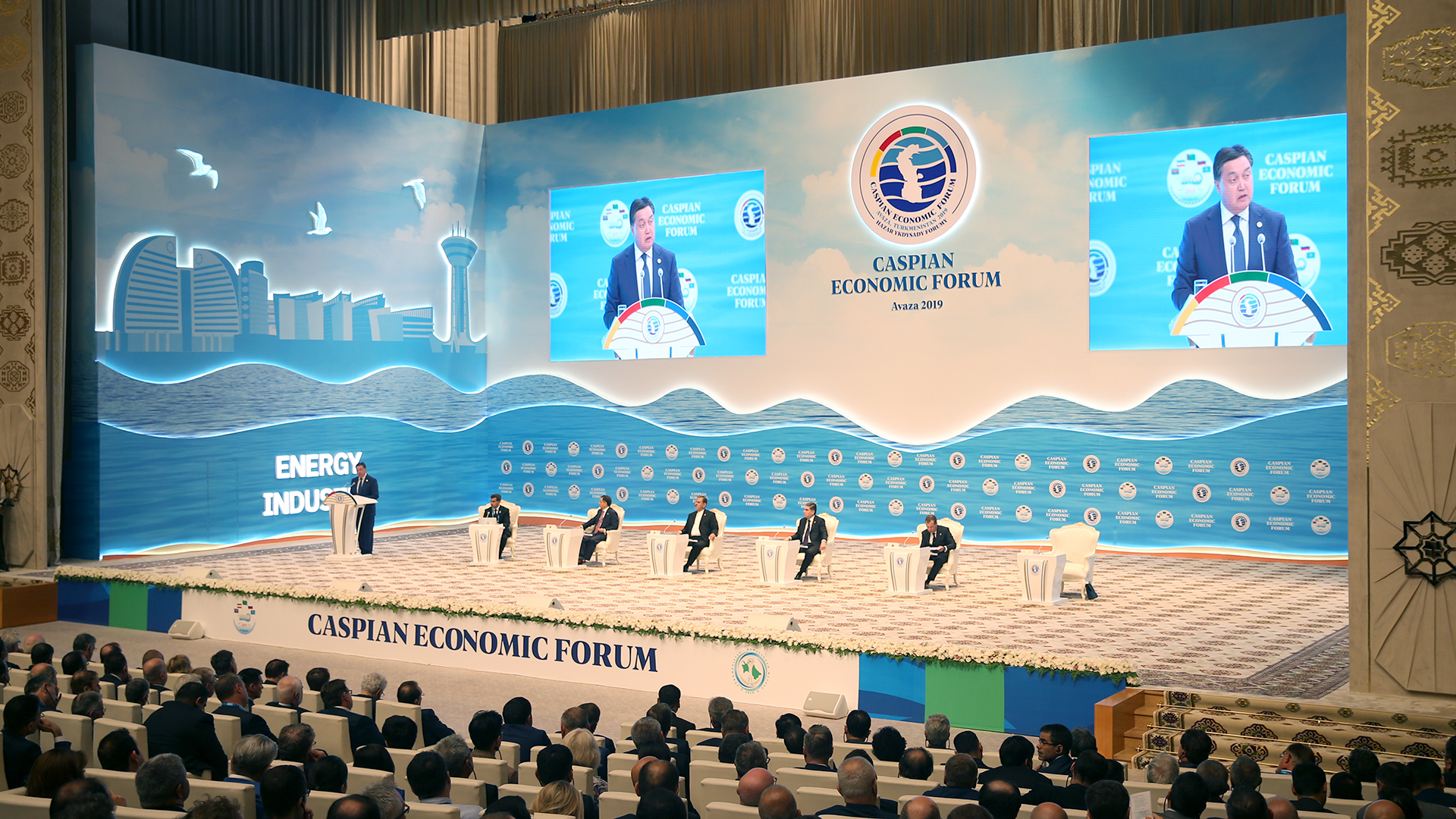 Within the framework of the forum, a working meeting was held between Prime Minister of Kazakhstan Askar Mamin and President of Turkmenistan Gurbanguly Berdimuhamedov, during which issues of further development of trade and economic cooperation between the two countries were discussed. In the first half of 2019, trade between Kazakhstan and Turkmenistan amounted to $68 million, which is 2.2 times higher than in the same period last year. The parties emphasized the importance of deepening cooperation between the border regions and noted the great potential for expanding bilateral cooperation in the fields of engineering, chemical industry, metallurgy, agriculture, tourism, transport, and gas. 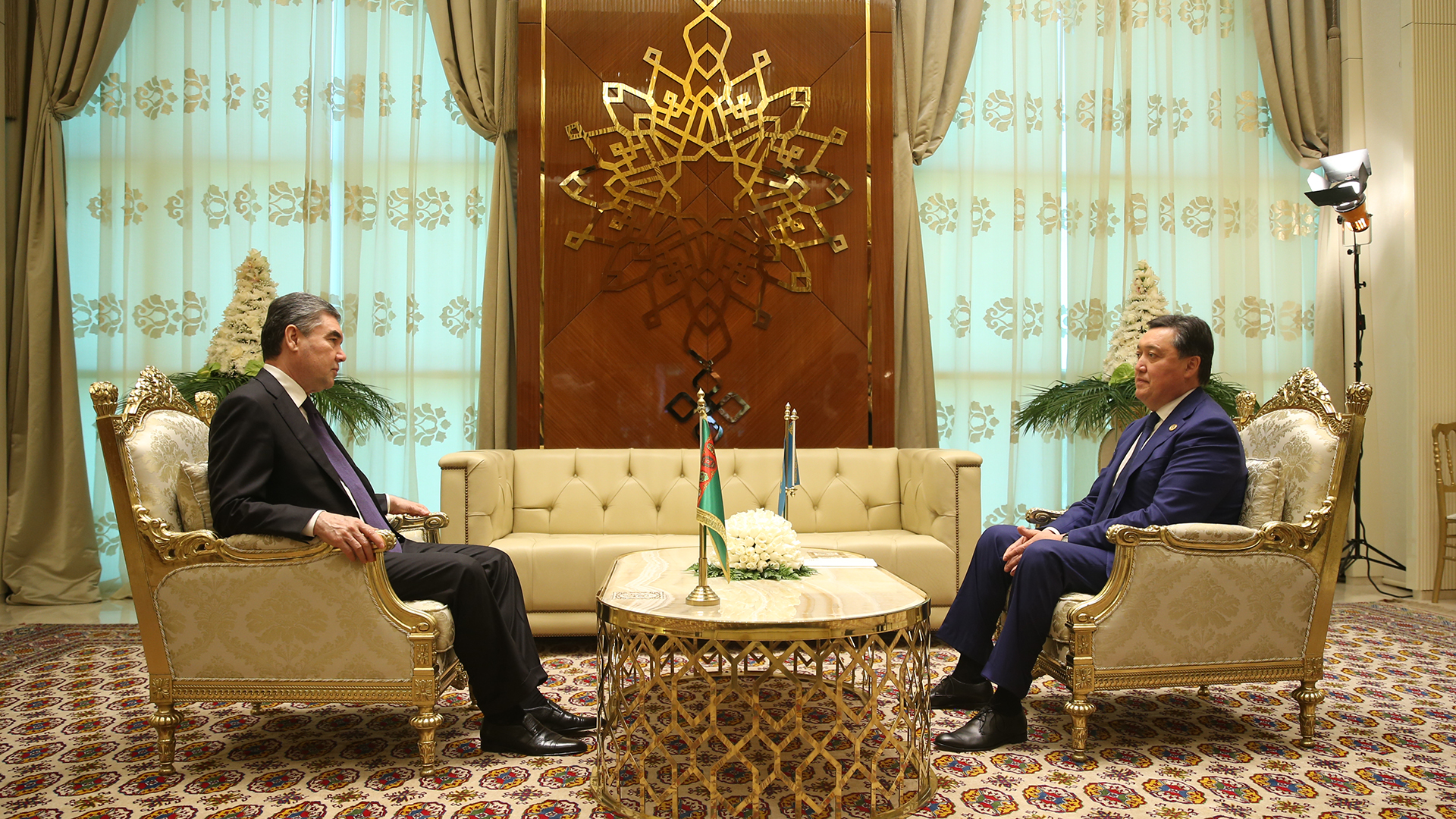 In his speech, Prime Minister Askar Mamin emphasized that holding an economic forum is the implementation of the agreements of the heads of the Caspian states reached at the Aktau Summit on Aug. 12, 2018. During the Aktau summit, chaired by the First President of Kazakhstan – Elbasy Nursultan Nazarbayev, the historic Convention on the legal status of the Caspian Sea was signed.

Improving the effectiveness of interaction in the Caspian Sea will have a positive impact on the development of the coastal regions of Kazakhstan, transport and energy infrastructure, preservation of the ecological balance and biodiversity, which is fully consistent with the guidelines of the President of Kazakhstan Kassym-Jomart Tokayev on the development of cooperation of the Caspian states.

The head of the Kazakh Government noted the need to create favorable conditions for attracting investment in the countries of the region, including using the capabilities of the Astana International Financial Center and existing agreements on free trade zones. 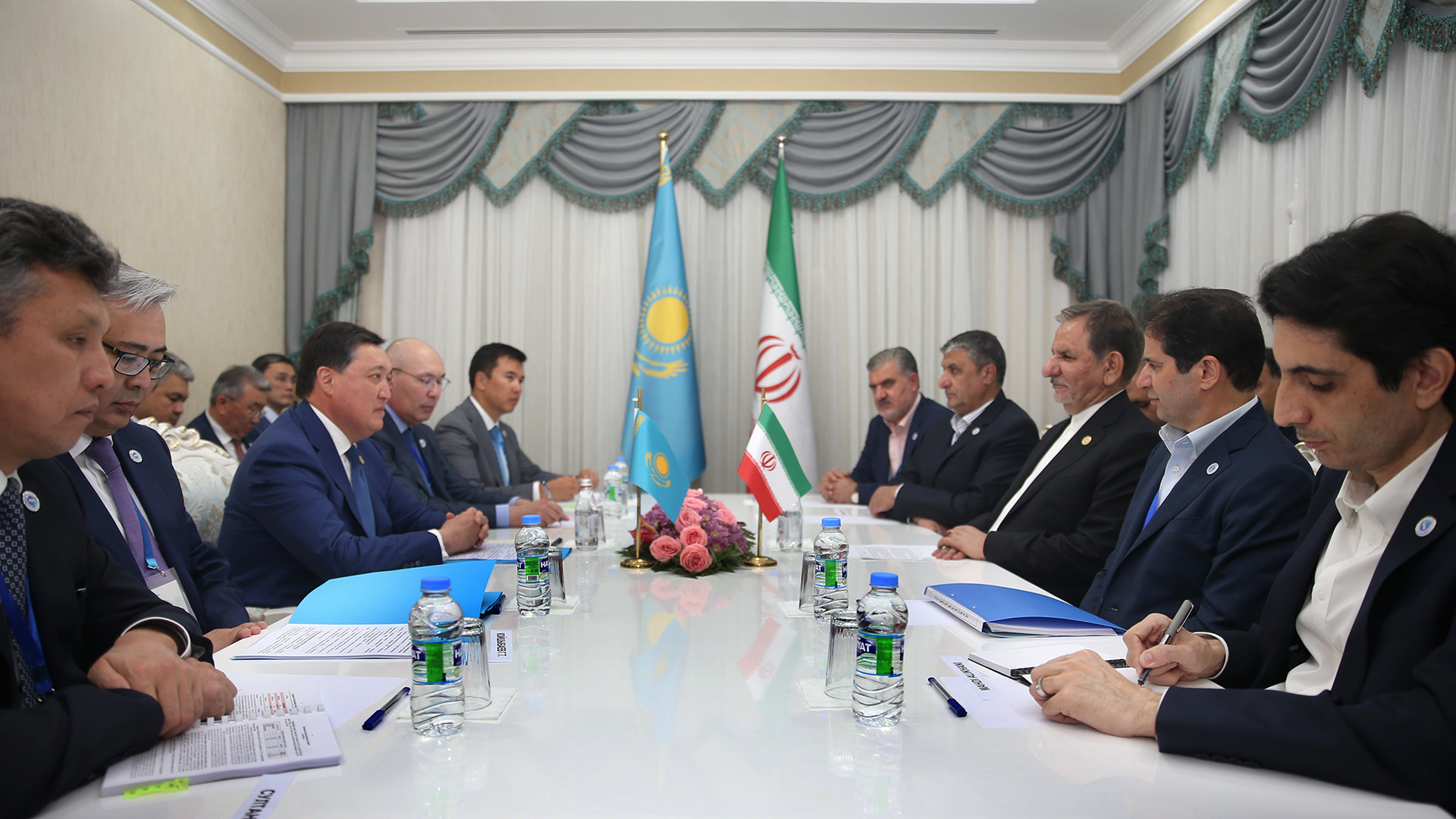 Askar Mamin made suggestions on improving the functional complementarity of transport systems and improving the efficiency of multimodal transportation. The prospects for tourism development in the Caspian were also identified. Caspian resorts can potentially host several million tourists annually.

The Kazakhstani side focused on the need to strengthen work to preserve the ecosystem of the Caspian Sea. The International Center for Green Technologies and Investment Projects, established in Kazakhstan, could become a successful platform for introducing clean technologies.

The Head of the Kazakh Government Askar Mamin also held talks with the First Vice President of the Islamic Republic of Iran Eshaq Jahangiri, during which current issues of bilateral trade and economic cooperation were discussed. 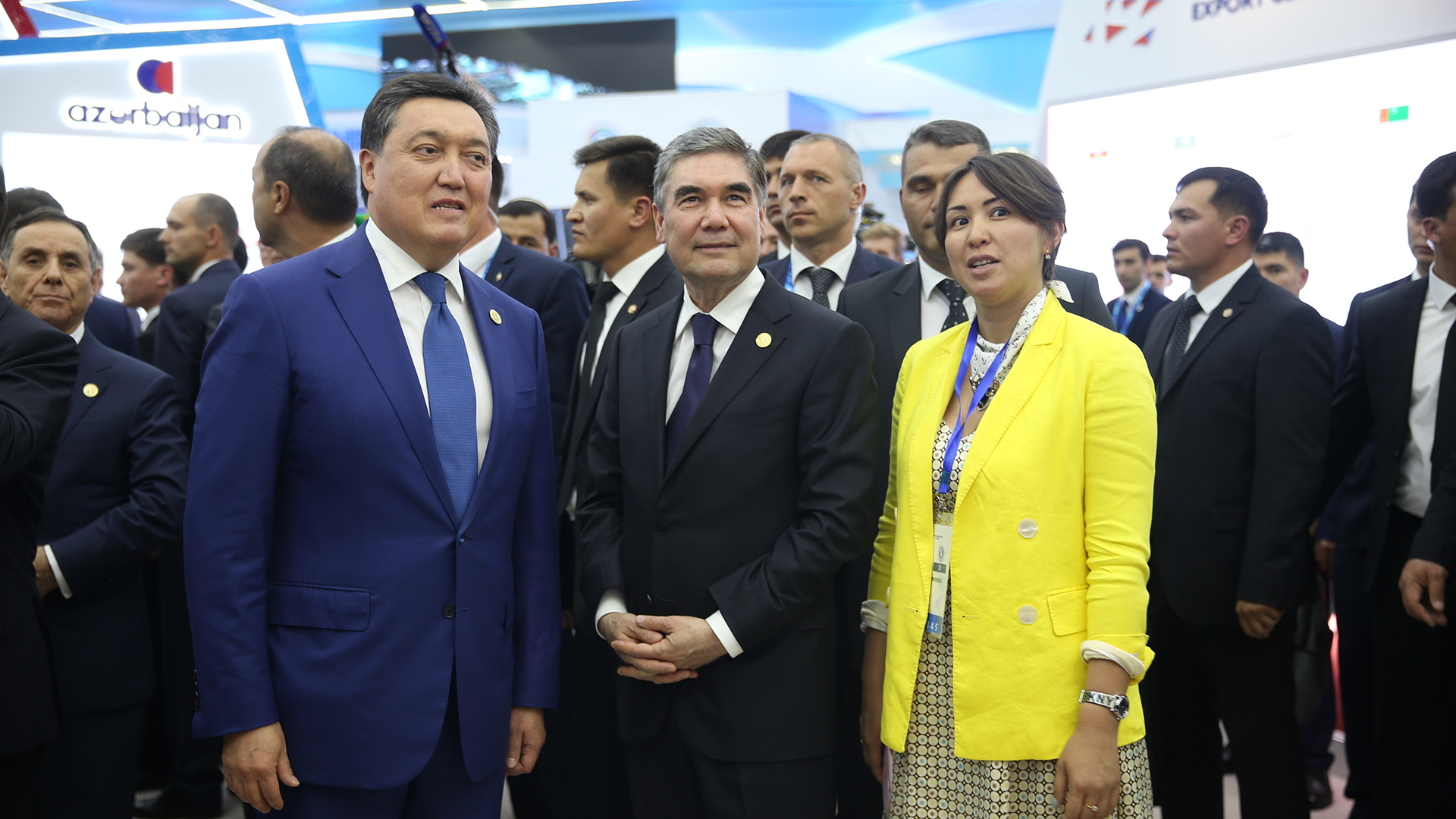 In the afternoon, Askar Mamin visited the International Caspian Exhibition of Innovative Technologies in the seaport of Turkmenbashi.