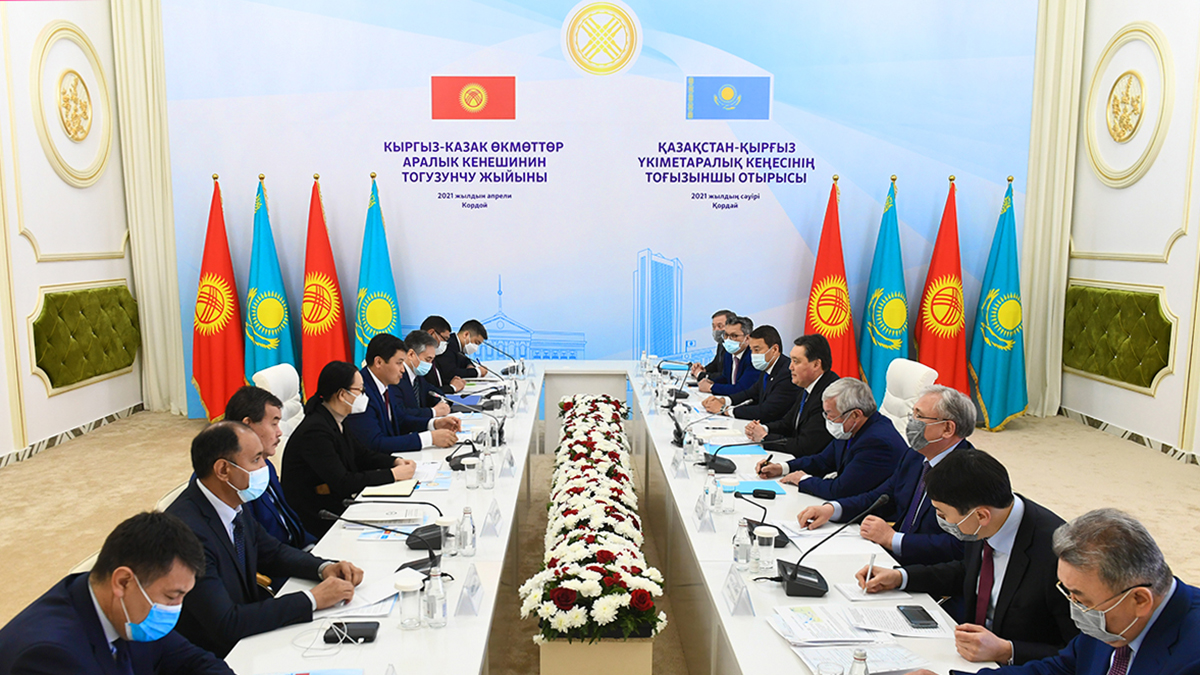 Prime Minister of Kazakhstan Askar Mamin and Prime Minister of Kyrgyzstan Ulukbek Maripov held the IX meeting of the Intergovernmental Council and took part in the opening ceremony of the Korday - Ak Zhol modernized checkpoint on the state border of the two countries.

At the meeting of the Intergovernmental Council, topical issues of cooperation in trade and economic, investment, agricultural, water and energy, transit and transport, tourism, space and IT spheres, industrial cooperation, as well as in the field of education, culture, health care, social protection of the population and labor migration, environmental protection, interregional and cross-border cooperation, interaction within the EAEU and other integration associations were considered.

The parties discussed the prospects for creating a joint Center for Cross-Border Trade Alatau at the checkpoint Karasu - Ak Tilek. On the basis of the Center, it is planned to place modern warehouses for fruit and vegetable products, as well as certification bodies, sanitary and phytosanitary control, which will contribute to the development of cooperation in the processing of agricultural products. It is planned to create an industrial zone at the CTT site for the development of industrial cooperation between the Republic of Kazakhstan and the Kyrgyz Republic.

|The issue of construction of wholesale distribution centers in the Chui and Issyk-Kul regions of Kyrgyzstan with a total investment of $25 million and a transshipment capacity of 26 thousand tons per year was considered.

Prospects for the development of cooperation in the field of agriculture, the modernization of the Besagash - Kichi Kapka checkpoint and other crossings on the Kazakh-Kyrgyz border, the Forum of interregional cooperation of the two countries, the conclusion of an intergovernmental agreement on the procedure for crossing the state border by organized tourist groups along mountain routes, etc. were discussed.

The Head of the Government of Kazakhstan emphasized the importance of building up investment cooperation between the two countries within the EAEU through the implementation of large-scale end-to-end integration projects aimed at strengthening cross-border ties in infrastructure, transport, industrial cooperation, as well as strengthening food security.

Mamin also focused on the need to create a green corridor for the passage of goods between the two countries by expanding the practice of using navigation seals and online exchange of information from fiscal authorities.

On behalf of the Head of State Kassym-Jomart Tokayev, Kazakhstan will soon provide humanitarian aid to Kyrgyzstan in the form of 10 thousand tons of wheat flour and 1,000 tons of highly productive seeds of winter wheat.

As a result of the negotiations, the protocol of the 9th meeting of the Kazakh-Kyrgyz Intergovernmental Council was signed, as well as a memorandum of cooperation between the FEZ ICBC Khorgos and the FEZ Naryn of the Kyrgyz Republic. 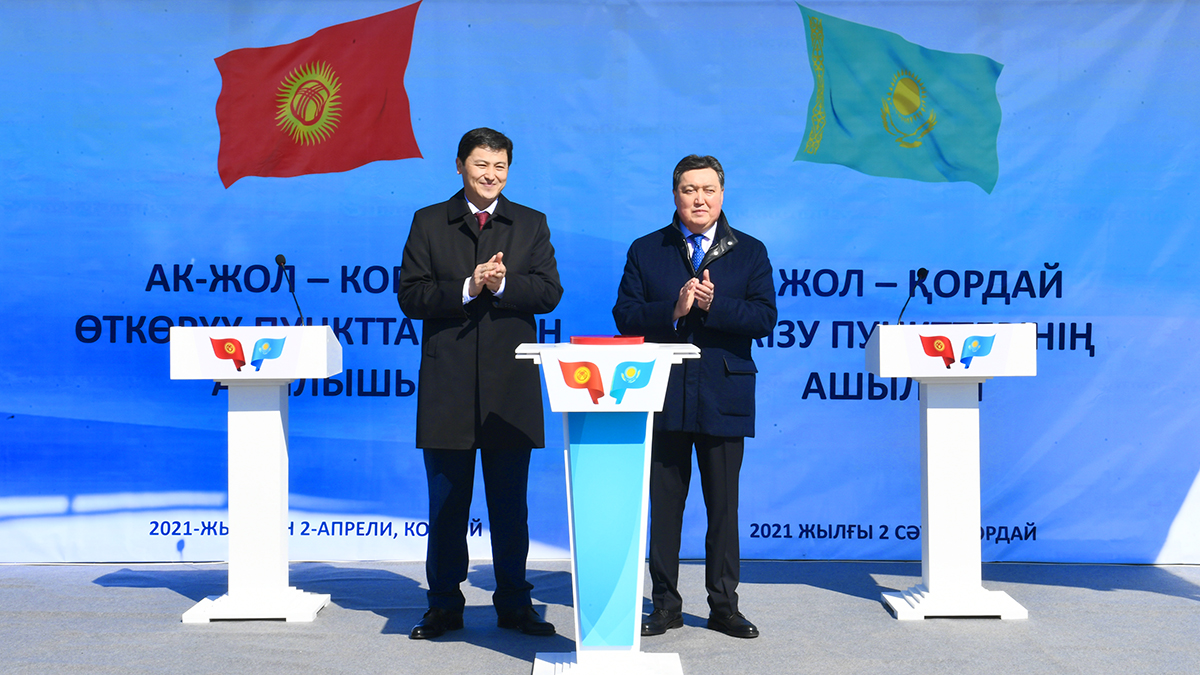 The Heads of Government took part in the opening ceremony of the modernized checkpoint Korday (RK) - Ak Zhol (KR). 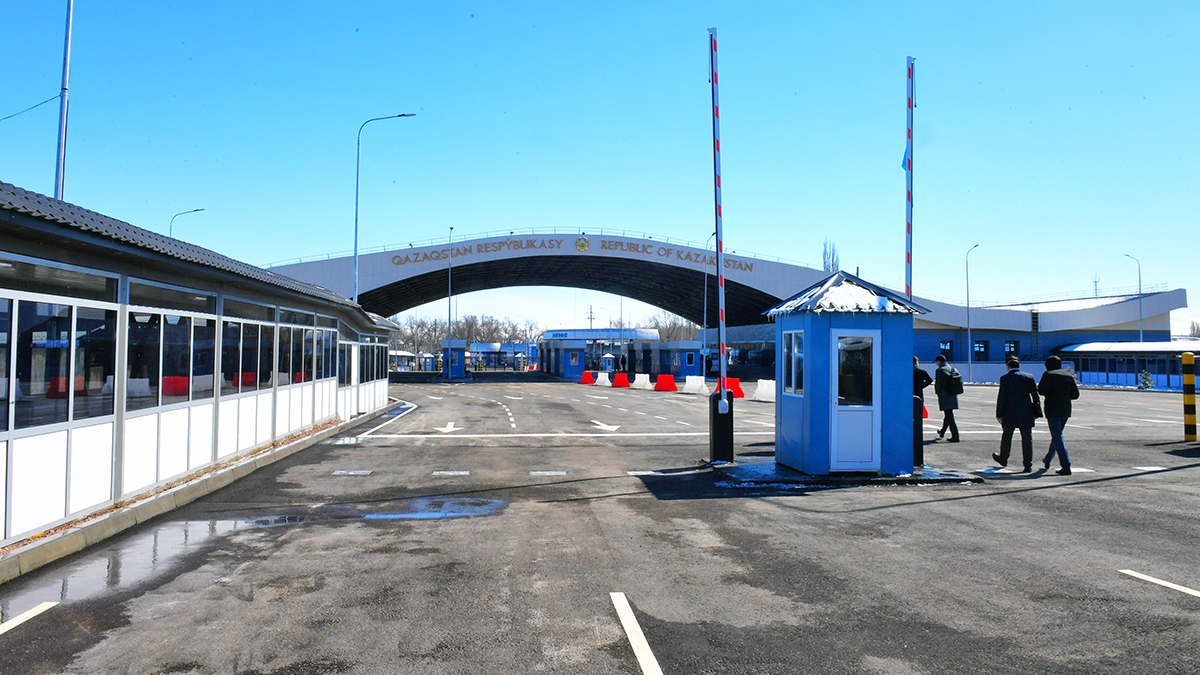 After the reconstruction carried out in 2020-2021, the building area of ​​the checkpoint was increased by 3.5 times to 4.9 thousand square meters, the number of traffic lanes – from 2 to 8, the number of passport control booths – from 13 to 34, modern inspection – inspection complexes. As a result of the measures taken, the throughput of the checkpoint increased from 1,000 to 2,500 vehicles and from 6,000 to 25,000 people per day, which will have a multiplier effect on the development of trade and economic cooperation between the Republic of Kazakhstan and the Kyrgyz Republic.