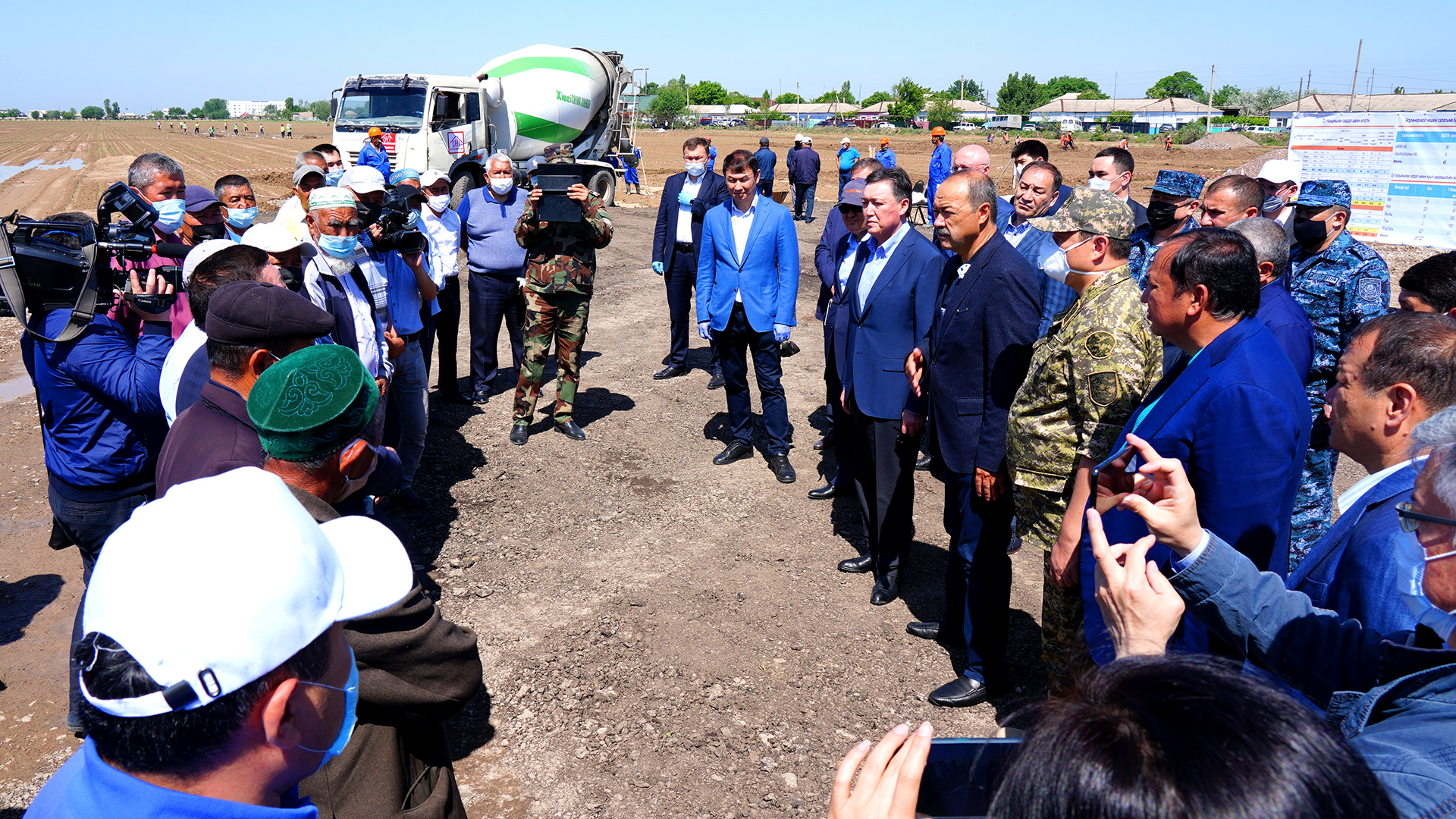 The heads of government inspected the flooded territories of the Maktaaral district and visited the villages of Nurlyzhol, Orgebas and Firdausi of the Zhanazhol rural district, where they got acquainted with the ongoing work to eliminate the consequences of the flood. 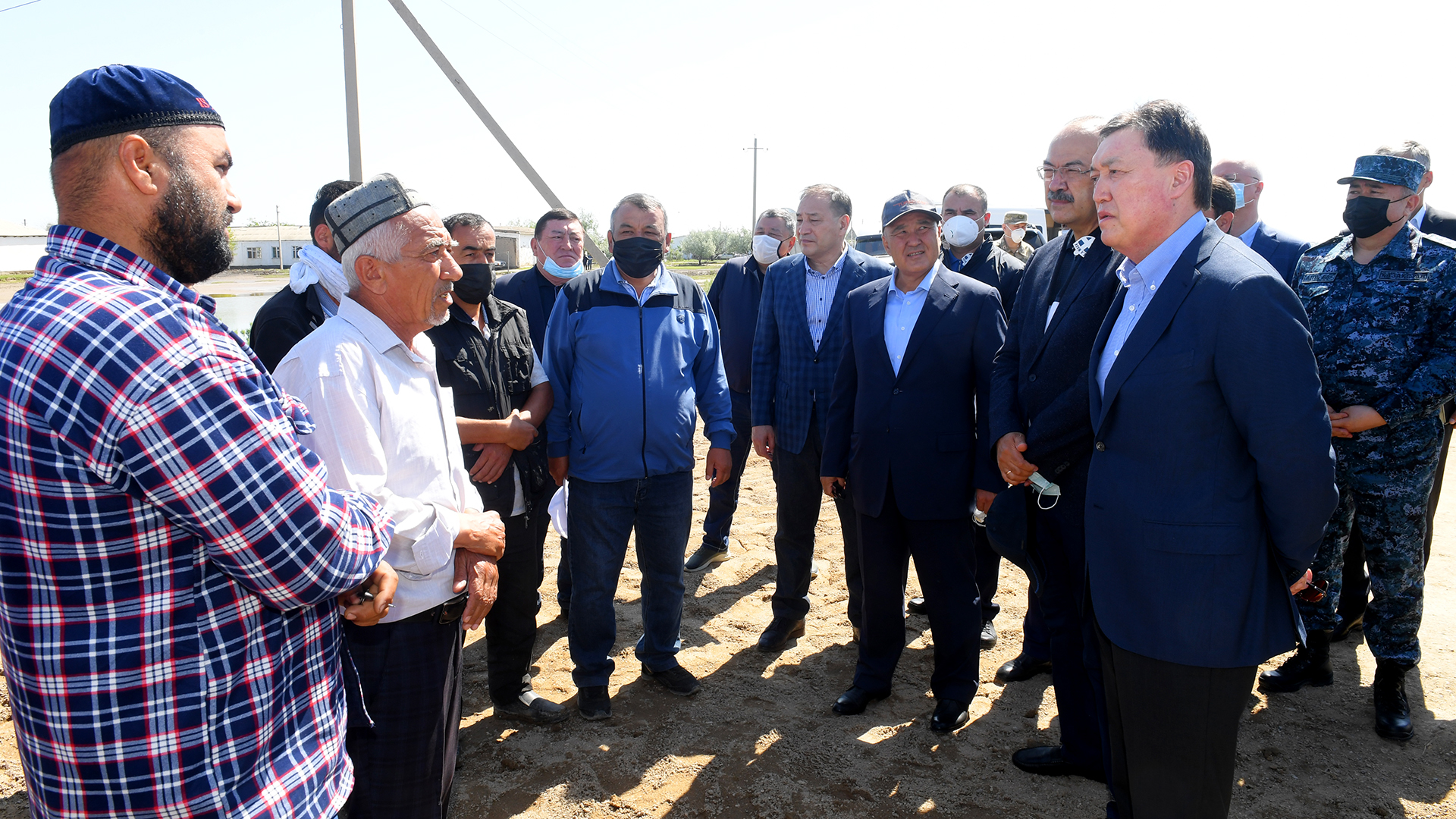 More than 1,300 people and 220 pieces of equipment were involved in emergency rescue and emergency operations, including over 200 specialists and about 100 fire engines, excavators, tractors, water pumps and other technical equipment from Uzbekistan. 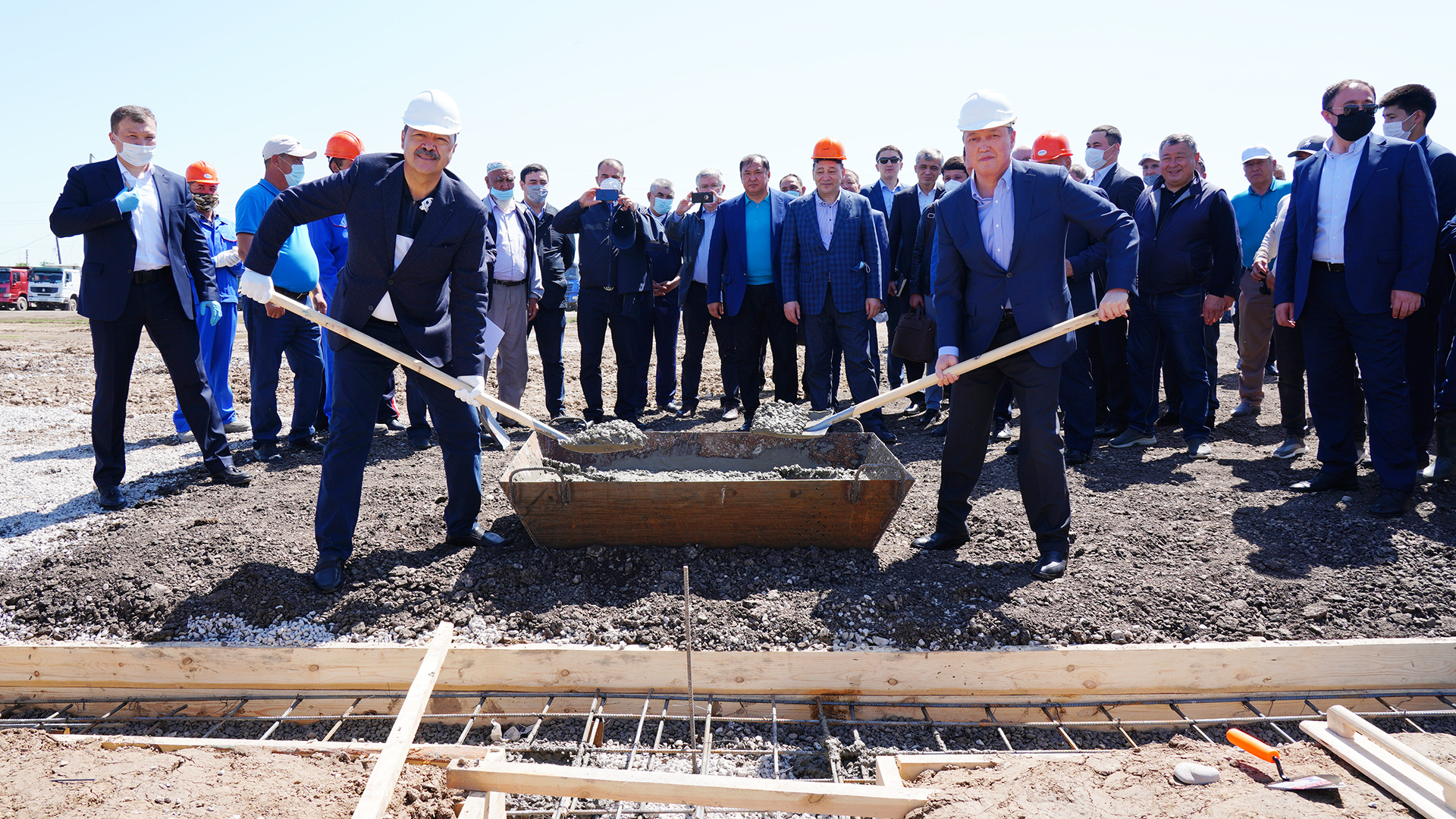 In the administrative center of Maktaaral district – Myrzakent village – the prime ministers of Kazakhstan and Uzbekistan familiarized themselves with the plan for the construction of a new microdistrict, met with local residents and took part in the groundbreaking ceremony for the first residential buildings. 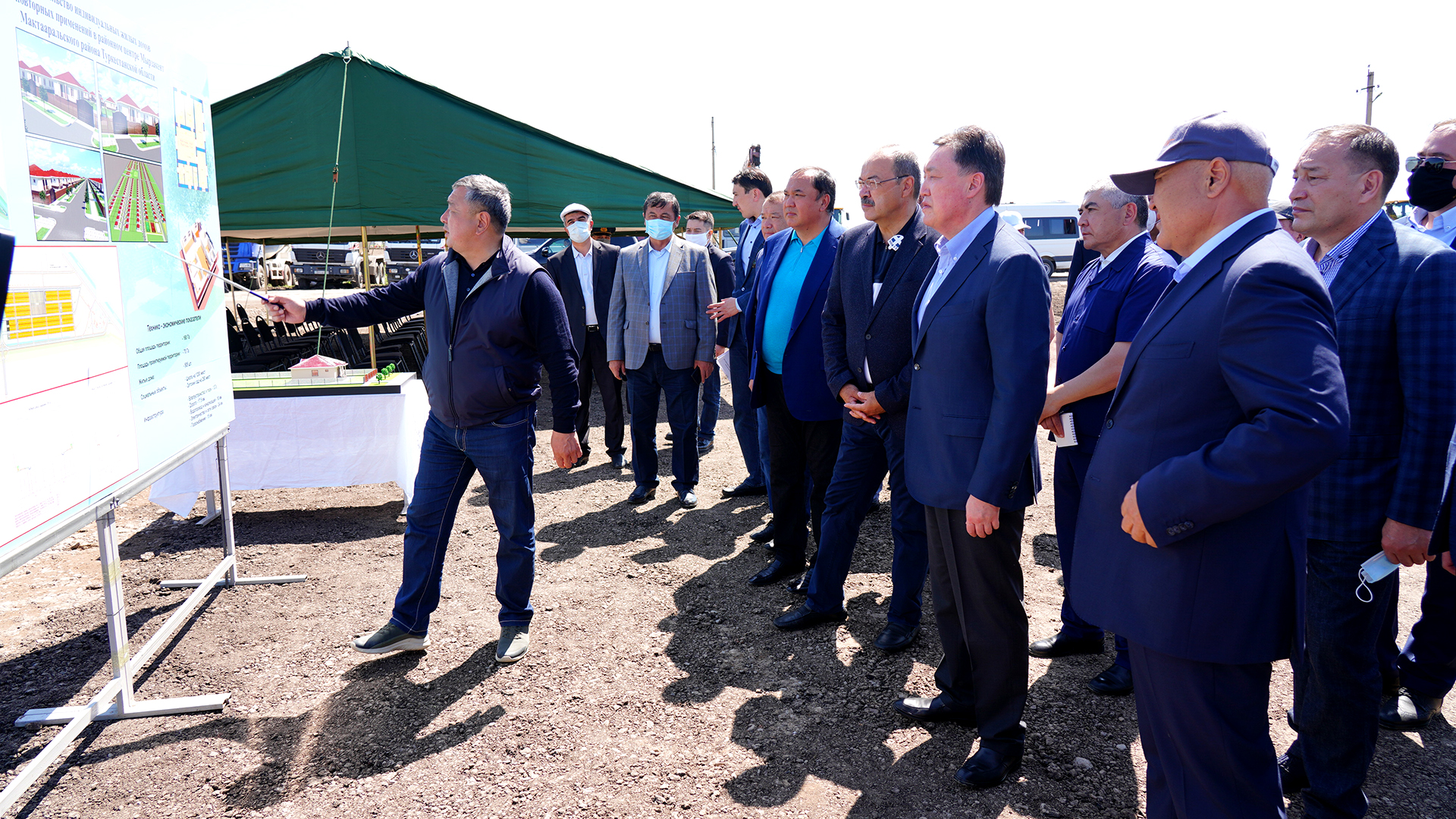 In total, in Myrzakent settlement, it is planned to build individual residential houses, a school, a kindergarten and feldsher points for 500 families of the settlements of Zhenis, Zhanaturmys and Dostyk affected by the flood. Construction will be carried out jointly by experts of of Kazakhstan and Uzbekistan. 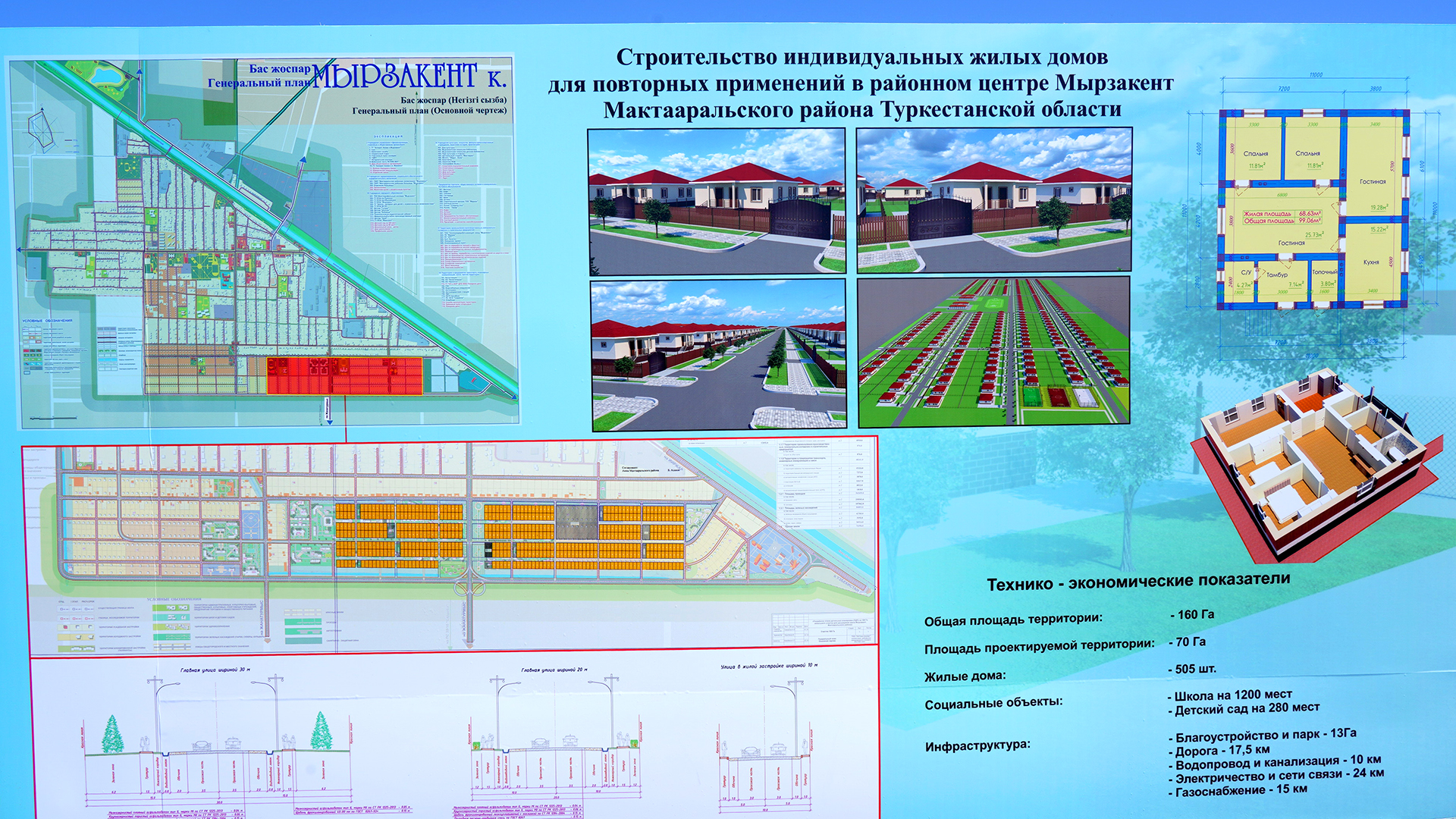 Mamin and Aripov inspected the progress of restoration of the destroyed houses in the village of Firdausi and held a meeting with local residents.

The prime minister of the Republic of Kazakhstan noted that, on behalf of the Head of State, residents of the Maktaaral district of the Turkistan region affected by flooding will be fully provided with new or renovated housing. Each of them will receive 100 thousand tenge from the republican budget. At the same time, representatives of business circles are also providing sponsorship to victims.