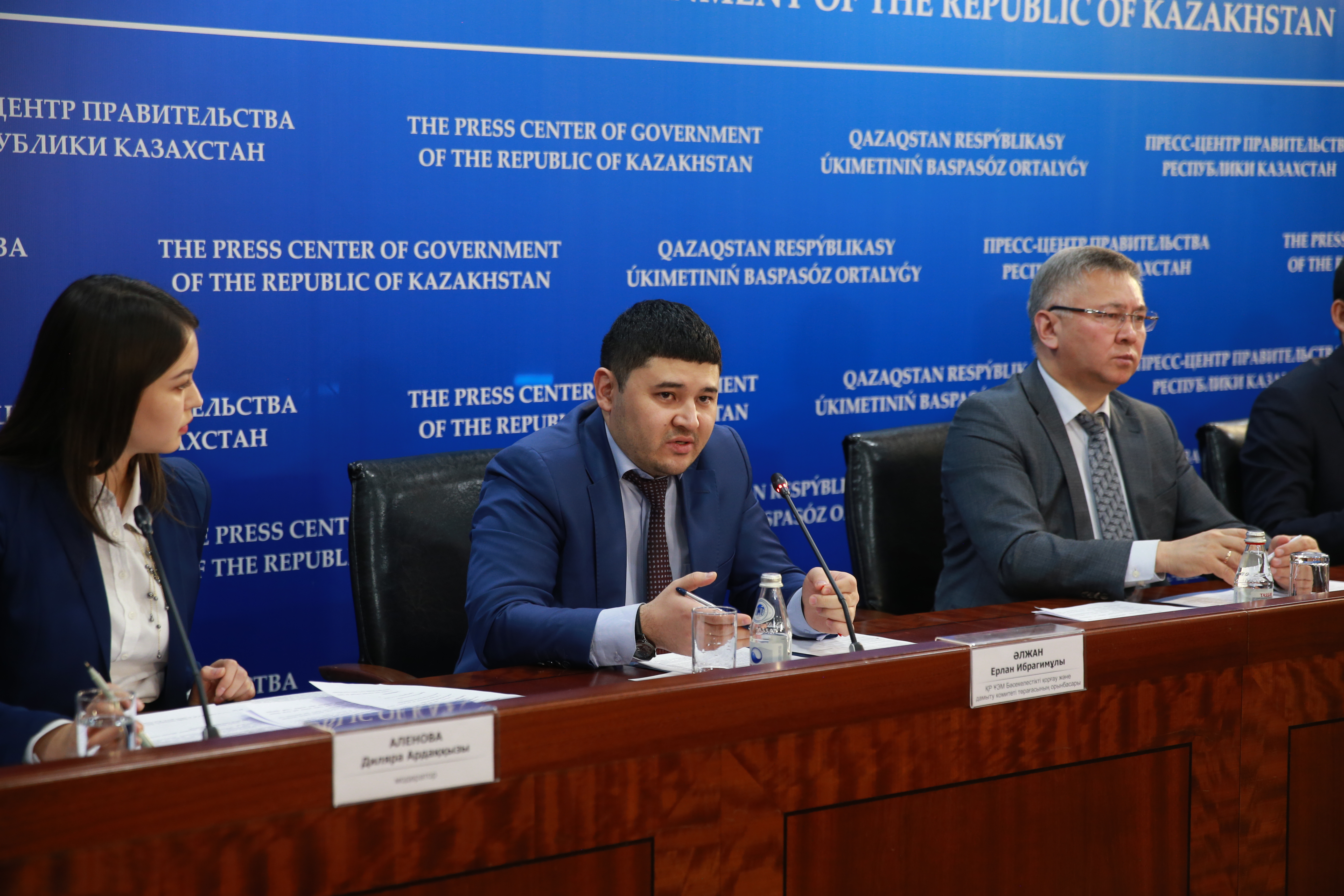 Today at a press conference in the Government, Deputy Chairman of the Committee for the Protection and Development of Competition of the Ministry of National Economy Yerlan Alzhan identified the main causes of price collusion in the coal market and told about measures taken to resolve this issue.

Collusion of coal mining companies and affiliated traders at exchange trading is, in the opinion of the antimonopoly authority, the main reason for high coal prices. Currently, the Committee, in accordance with the order of the Head of State to take urgent measures on the fact of rising coal prices, has sent a request to commodity exchanges for providing information on exchange transactions from Jan. 1, 2019, to the present.

“It is necessary to identify which exchange transactions have been carried out, questions of the validity of price increases, pricing policy, dynamics will be considered, respectively, if any facts are revealed, the Committee will take antimonopoly response measures,” Alzhan said.

Each year, the antimonopoly authority holds coal market entities liable for price collusion. So, in 2017-2018, 50 entities were brought to administrative responsibility, the amount of the fine amounted to about 358 million tenge. 21 investigations were conducted in relation to three coal mining companies and 96 wholesale and retail suppliers, in which in 12 cases the facts of antitrust violation were confirmed.

“Coal prices are not regulated by the state, the price is determined independently by market entities. As for the conspiracy to increase the price of coal, the main reason for the coal market is its high concentration. Four major suppliers are Shubarkol Komir JSC — 28%, Karazhyra JSC — 25%, Maykuben West LLP — 25%, Bogatyr Komir LLP — 11%. In total, 16 coal mining companies sell municipal coal,” Alzhan said.

In turn, Chairman of the Committee for Industrial Development and Industrial Safety Kanat Baitov noted that the collusions arise in the coal market due to the lack of a clear coal supply schedule.