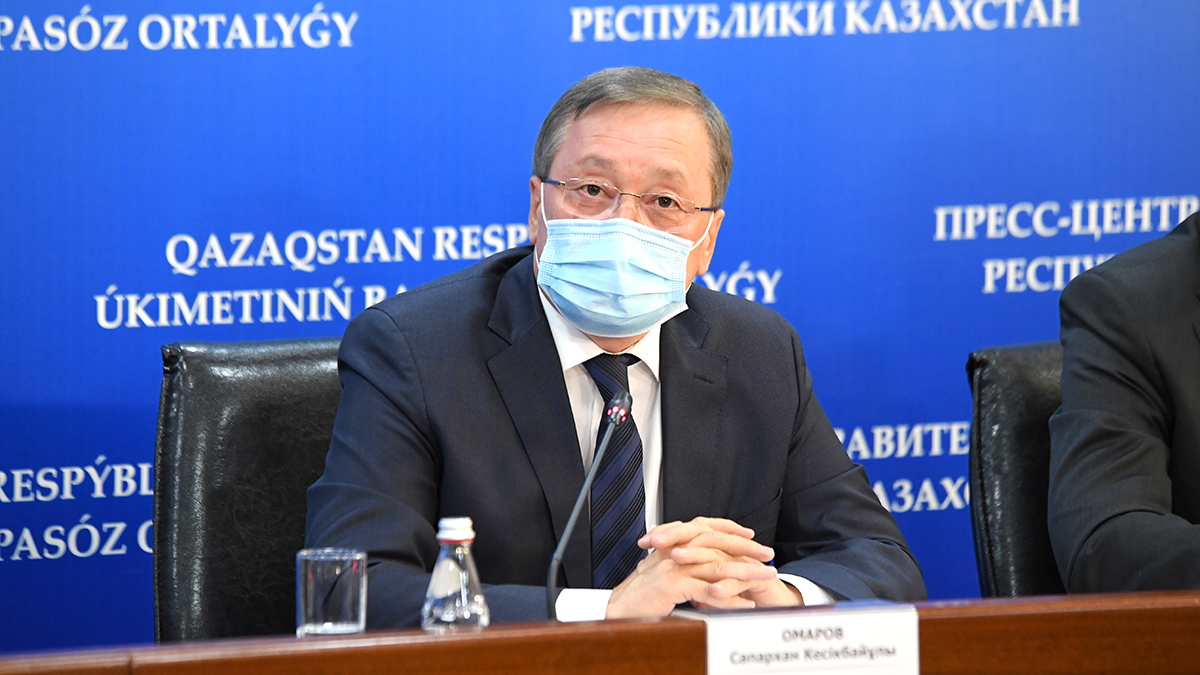 Minister of Agriculture Saparkhan Omarov spoke about the measures taken in the agro-industrial complex of the country, within the framework of the Address of the Head of State to the people of Kazakhstan dated Sep 1, 2020, during a briefing at the government's press center.

According to the minister, the expected volume of gross grain harvest in 2020 is about 18 million tons, which will fully meet the domestic demand of the country. To date, the harvesting of grain crops has been completed in the Zhambyl region, in the Turkistan and West Kazakhstan regions — at the completion stage.

At the same time, the export potential for the 2020-2021 marketing year will be about 7 million tons, taking into account flour, while, depending on the volume and quality of the new crop, it is possible to increase the export volume to 7.5-8 million tons. At the same time, this year's export strategy will not differ from last year's and will be characterized by the preservation of dominant positions in traditional markets (Central Asian countries (Uzbekistan, Tajikistan, Kyrgyzstan, Turkmenistan), Afghanistan and Iran). Also, it is necessary to maintain, within the framework of the agreements reached, the rate of export in a promising direction — to China.

At the end of 2019, the export of agricultural products to 67 countries of the world amounted to 14.4 million tons worth $3.2 billion, incl. negotiations are underway to agree on veterinary and phytosanitary quarantine requirements for agricultural products with China, the EU, the countries of the Persian Gulf, Iran, Japan, and India. Negotiations are underway with the European Union to agree on veterinary requirements for the supply of Kazakhstani honey, meat and dairy products (currently fish and fish products are exported to the EU).

Thanks to digitalization, the terms for the provision of land plots will be significantly reduced, for example, the total term for the direct provision of a land plot will be reduced from 1 year to 30 days. In turn, land plots for commercial purposes will be provided at tenders (tenders, auctions) through the electronic trading platform of the Ministry of Finance (state register). Anyone can choose a land plot from the state by participating in an auction by selecting it on a public map. This will reduce the term of provision from 3 months to 10 days.

“We have a lot of plans for digitalization in the agro-industrial complex, but I will outline three main issues. The first is the digitalization of land relations. After the adoption of the bill, all lands will be issued in electronic format. The main task is to exclude the human factor, bureaucracy and corruption, and also to reduce the time for consideration of applications. The second is the traceability of agricultural products and the third is the issue of electronic trade in agricultural products,” the minister noted.

It should be noted that the digitalization of the work of grain elevators would ensure the transparency of their activities and prevent possible facts of theft and damage of grain. Today, according to the available information, about 40 elevators in the republic are technologically equipped with such elements as systems for automatic cleaning, drying of grain, electronic scales, and pest control systems are also being installed. The system of automatic storage accounting is being actively introduced.

“The work to increase the transparency of the activities of grain receiving enterprises in the country is being actively carried out. For more than 2 years, the country has had electronic grain receipts, which were introduced against the registration of grain at elevators. This work will be continued. Now about 10 IT companies are developing their programs, we will choose from them. Here it is necessary to understand that this digitalization of grain-receiving enterprises will be borne by these additional financial costs, therefore it is necessary to discuss this with the business,” summed up Omarov.