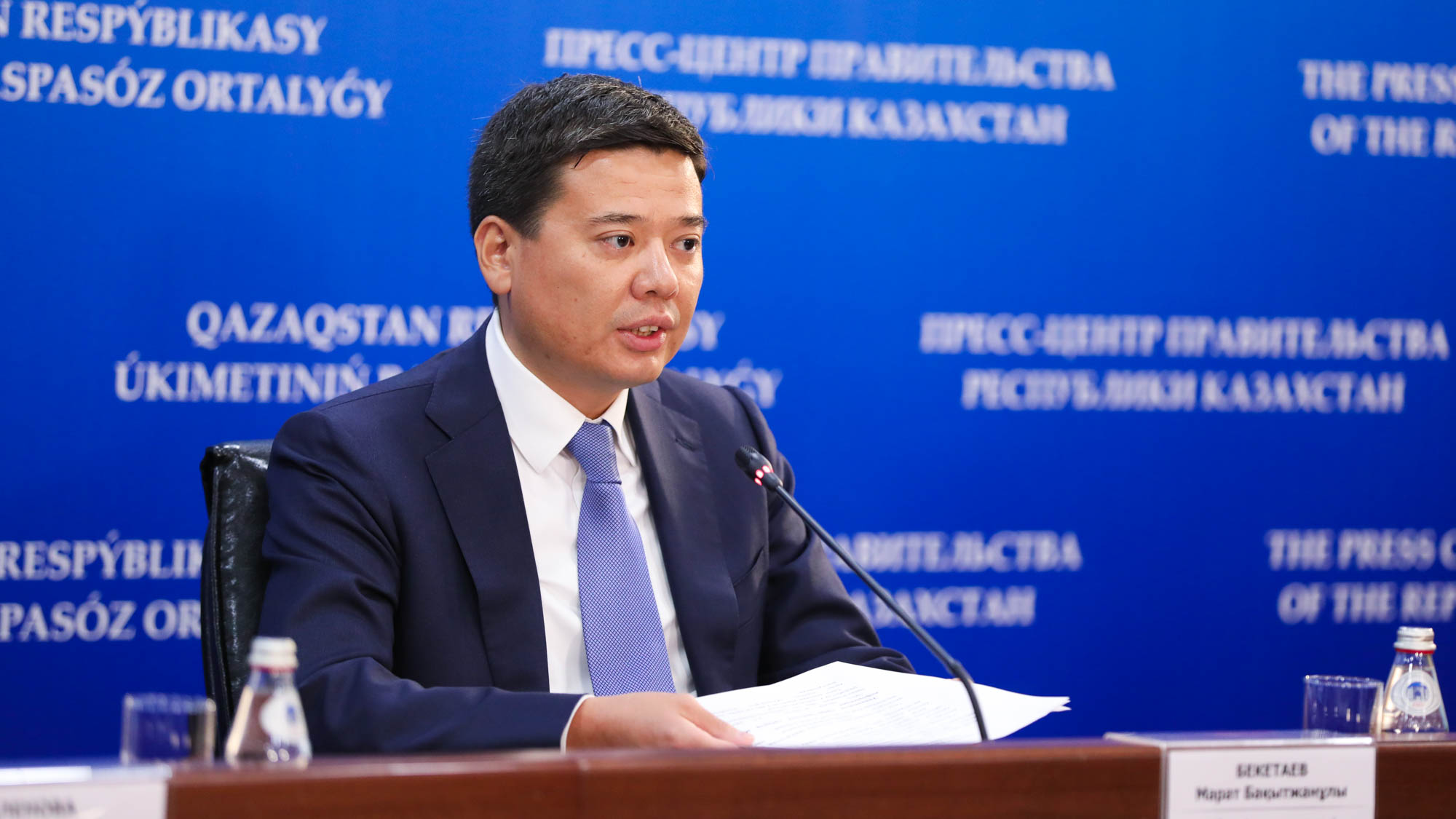 During the press conference in the Government, Minister of Justice Marat Beketayev spoke about measures to improve the development and adoption of laws.

According to Beketayev, there are currently 340 independent laws in force in Kazakhstan, including 21 codes. The process of forming an effective legal environment is continuing, not only laws require improvement, but also the procedures for their development and adoption.

“The legal environment should be competitive and attractive both for the population and for business, including foreign investors. The stability of legislation is an important criterion for investors when choosing a country for investment. Investors should know that our laws are stable, and the procedure for developing and adopting them is in line with the best foreign practices,” the minister of justice said.

Moreover, the population, as Beketayev noted, should actively participate in public discussions of draft laws and express their position on proposed initiatives.

“In this regard, we have studied international experience in the development, public discussion and adoption of laws, as well as analyzed the problematic issues of domestic lawmaking. Based on the results of the work, a package of legislative amendments has been prepared on improving norm-setting,” said the minister.

First. According to the experience of Great Britain, it is proposed to introduce new stages of the “Green” and “White” Books into the legislative process.

According to the minister, these documents are used to hear, stimulate discussion and take into account public opinion in order to resolve existing issues.

“The Green Book refers to a government publication, a preliminary report that details specific issues, and then indicates possible lines of action from a policy and legislative perspective. The Green Book is carefully discussed with the public and with target groups — stakeholders whose interests are affected by the upcoming changes,” Beketayev explained.

The terms of discussion of the Green Book are not set; it may take a couple of months, six months and a year. It all depends on the nature of the issue. However, foreign practice shows that three months is the minimum period necessary for productive consultations.

The Green Book will be a tool to stimulate discussion, and perhaps the first step to amend the law,” said the minister.

According to Beketayev, White books will be issued by state bodies as an official statement of the policy of the upcoming regulation, they contain specific proposals for legislative changes or adoption of new laws.

White books will be subject to discussion at a meeting of the Interdepartmental Commission on Legislative Activities. The White Books approved by this commission will become the basis for the development of bills,” the minister said.

It is worth noting that the Green and White Books accompany the bill at all stages of the legislative process, up to and including signing by the President, and are mandatory applications after the adoption of the law.

Second. It is proposed to improve the procedures for evaluating bills and existing laws.

For this, as Beketayev said, at the stage of the White Book, the developer body determines specific indicators that it intends to achieve after the implementation of the proposed legislative changes.

Third. It is proposed to review the procedure for conducting scientific legal examination of bills.

“The current procedure for conducting scientific examination of draft laws does not fully utilize the existing scientific potential. It is proposed not to be limited to the scientific resources of one organization, but to create conditions for the participation of all scientific experts in the country with relevant knowledge,” said the minister.

Fourth. It is proposed to establish at the legislative level the practice of a "transition period" in relation to norms imposing additional obligations on citizens and business.

Inadequate explanatory work and the public’s unpreparedness for the upcoming changes within the framework of the adopted laws lead to a situation where the norms of the new laws may not be correctly understood.

Fifth. It is proposed to strengthen the mechanisms for informing and providing clarifications to the public and business about upcoming legislative changes. For this, a program of information support will be attached to each bill and adopted law.

Sixth. It is proposed to introduce elements of artificial intelligence in the rulemaking process, as well as analytical tools for working with large amounts of data.

According to Beketayev, this work is being carried out within the framework of the E-Zannama information system. Work is underway to connect participants in the legislative process to this system, and issues of integration with other systems are being worked out in parallel.

Concluding his speech, the Minister of Justice noted that these approaches were supported by state bodies, and recommendations from the public and the business community were received on them. Currently, the bill is under consideration by the Government of the Republic of Kazakhstan.