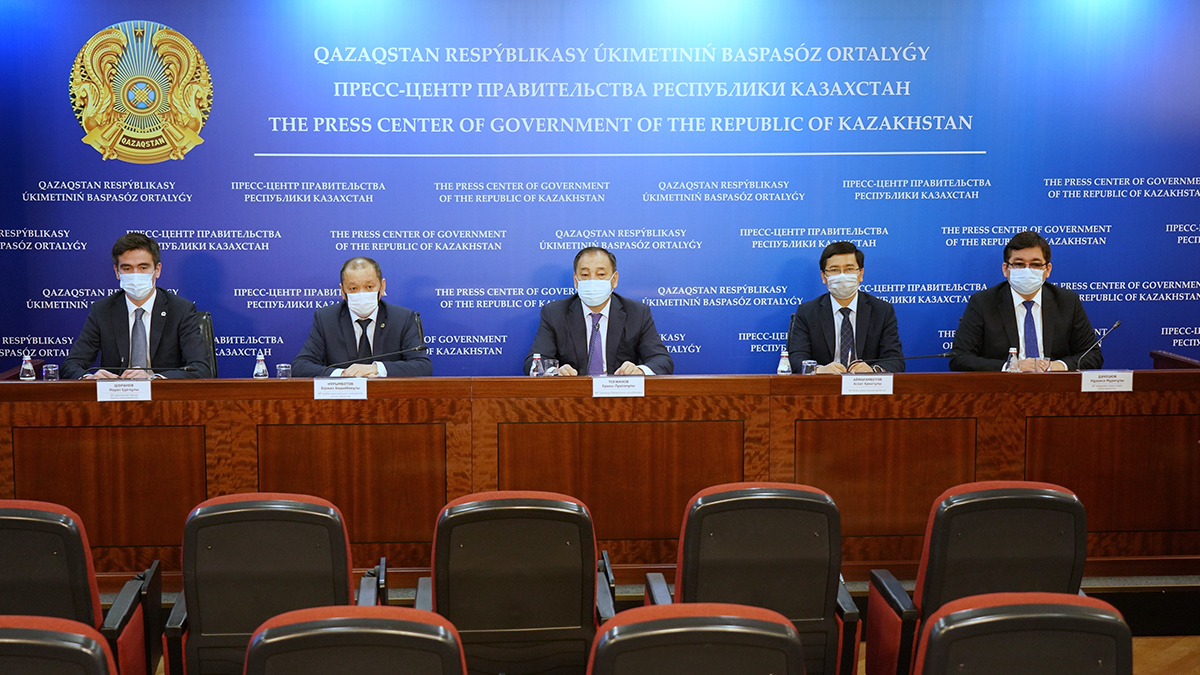 Vice Minister of Culture and Sports Nurkisa Daueshov, during the briefing at the government’s press center, spoke about the planned measures to implement the Address from the President to the people of Kazakhstan dated Sep. 1, 2020.

The Head of State Kassym-Jomart Tokayev, in his Address to the people "Kazakhstan in a New Reality: Time for Action" paid special attention to the development of mass sports. It is noted that in conditions of a shortage of financial resources, it makes no sense to support professional sports clubs entirely at the state expense. The priority is given to the opening of sports clubs in the regions and the development of the sports and creative potential of children.

"To solve this problem, measures will be implemented within the framework of the Comprehensive Plan for the Development of Physical Culture and Mass Sports for 2020-2025, which will include the opening of free sports clubs in educational institutions, the creation of school and student sports leagues, and the provision of schools with sports equipment and equipment,’’ Daueshov explained.

Today, more than 5 million people are systematically engaged in physical culture and sports in the republic, which is 30.6% of the country's population.

According to the Comprehensive Plan, it is planned to bring the coverage of people involved in physical culture and sports to 7.5 million people or 45% by 2025.

The president stressed the importance of channeling the energy of children in the right direction. For this, with a view to the creative potential of children and youth, it is planned to open Centers of National Crafts in the regions, where representatives of the younger generation will comprehend the basics of creativity and handicraft, popularize folk applied art, and revive national cultural identification.

“Today one of such complexes is the Shakhristan Center in the Zhambyl region. In addition, it is planned to open a handicraft center on the basis of the complex of the International University of Tourism and Hospitality in the city of Turkestan. After studying the experience of functioning of these centers, further work will be carried out to expand the network of handicraft centers in the regions of the country,” Daueshov said.

According to the same principle of mass involvement of children in creativity, the creation of creative hobby groups in cultural organizations of the republican and local levels will be initiated. This will ensure the employment of children, and will also facilitate the identification of talents in children at an early stage for their further development. It is also planned to involve the adult population to ensure their leisure by creating the necessary conditions for active interaction in cultural and art organizations.

For these purposes, first of all, the Ministry of Culture and Sports will initiate amendments to the current legislation to endow cultural organizations with such a right.

Also in the Address, attention is paid to improving the welfare of teachers and from Jan. 1, 2021, it is instructed to increase their salaries by 25%. Corresponding work is already underway in this direction of the Ministry of Culture and Sports. So, from Jan. 1, 2020, the salary of employees of specialized schools and colleges in the field of culture and sports will increase annually by 25% until 2023.

At the same time, a draft law on the development of mass sports is being considered in the Majilis of the Parliament of the Republic of Kazakhstan, within the framework of which the issue of introducing an additional payment in the amount of 100% of the base official salary to teachers of state educational organizations for conducting extracurricular sports is being considered.

“I would like to note that the ministry will take all measures to implement the strategic course outlined by the Head of State in the Address,” Daueshov said in conclusion.