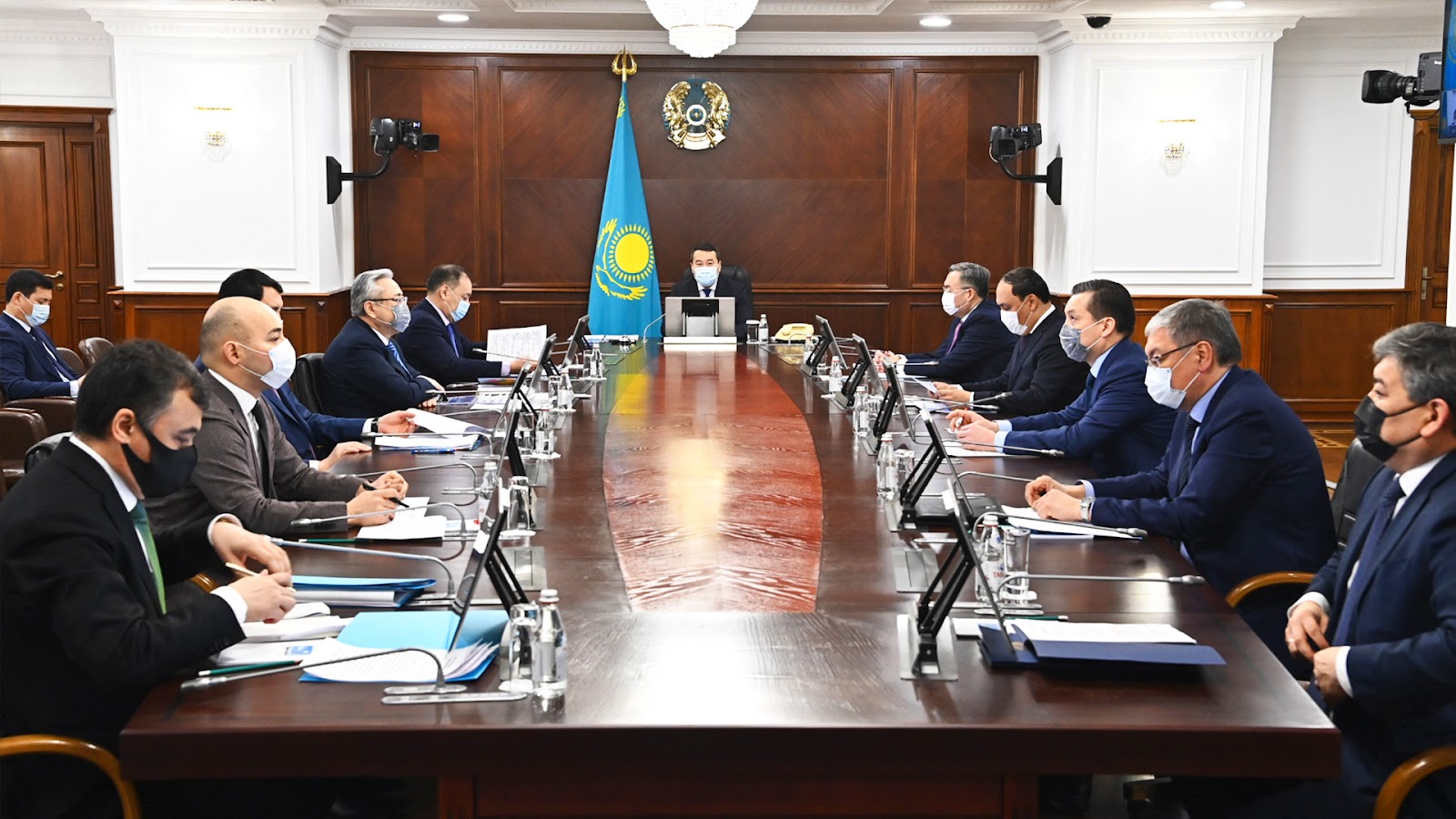 March 18, 2022, an extraordinary meeting of the Government of the Republic of Kazakhstan was held on the operational implementation of the instructions of the Head of State, voiced by him in the Address to the people.

The Prime Minister of the Republic of Kazakhstan Alikhan Smailov focused on the fact that the political reforms presented by the President are a new historical period in strengthening state building and a vivid example of the implementation of the concept of the Hearing State.

During the extraordinary meeting, the heads of state ministries and departments reported on the current and operational situation in the country and industries.

The Minister of Agriculture of the Republic of Kazakhstan Yerbol Karashukeyev reported that the department, together with the regions, had begun rechecking the readiness of agricultural machinery, stocks of seeds and fertilizers. According to him, the readiness of equipment for spring field work is 95%, but by the beginning of the work it will be brought to 100%.

According to the minister, the shipment of cheaper diesel fuel to the regions has already begun, in general, 400 thousand tons have been allocated for spring field work, which is 20 thousand tons more than in 2021, at a price 12-15% lower than the market price. 2.3 million tons of seeds were covered, or 100% of the plan.

The Minister of Ecology, Geology and Natural Resources Serikkali Brekeshev, in turn, specified that, together with the akimats of the regions, all necessary measures have been taken to provide farmers with water for the spring field campaign. According to the minister, the situation with the accumulation of water in the Toktogul reservoir is gradually normalizing, and an agreement has been reached with Kyrgyzstan to receive additional volumes of water at the peak of the growing season.

First Vice Minister of Trade and Integration Yerlan Battakov said that the country has 1.3 million tons of food stocks, which is “sufficient to meet the needs of the population”:

“Taking into account the stabilization funds, the total amount of funding for the purchase of socially significant food products will be increased up to 140 billion tenge," the vice minister specified.

Finance Minister Yerulan Zhamaubayev said that "In accordance with the instructions of the Head of State, the Accounts Committee will be transformed into the Supreme Audit Chamber." He also said that in order to simplify procurement, a norm is provided for the purchase of goods, works and services up to 3,000 times the MCI from a single source through the direct conclusion of a public procurement agreement.

In his speech, the Minister of National Economy of the Republic of Kazakhstan Alibek Kuantyrov briefly said that the department would work in three main areas:

“In order to expand the powers of maslikhats, the functions of distributing BNU funds will be assigned to them,” he specified.

Minister of Information and Social Development Askar Umarov reported that, in pursuance of the instructions of the President, the work of the department will be aimed at developing a competitive environment for the media, which will exercise civil control.

According to Umarov, taking into account the demands of society and the interests of the state, a new law on the media will be revised:

“The process will be carried out on the basis of a broad public and expert discussion,” the minister said. “Thus, all topical issues that arouse the interest of the journalistic community in the current legislation will be taken into account.”

The Minister of Information of the Republic of Kazakhstan also added that his department, taking into account the requirements of the time, as part of the implementation of the concept of the Hearing State, will develop new approaches to state information work. 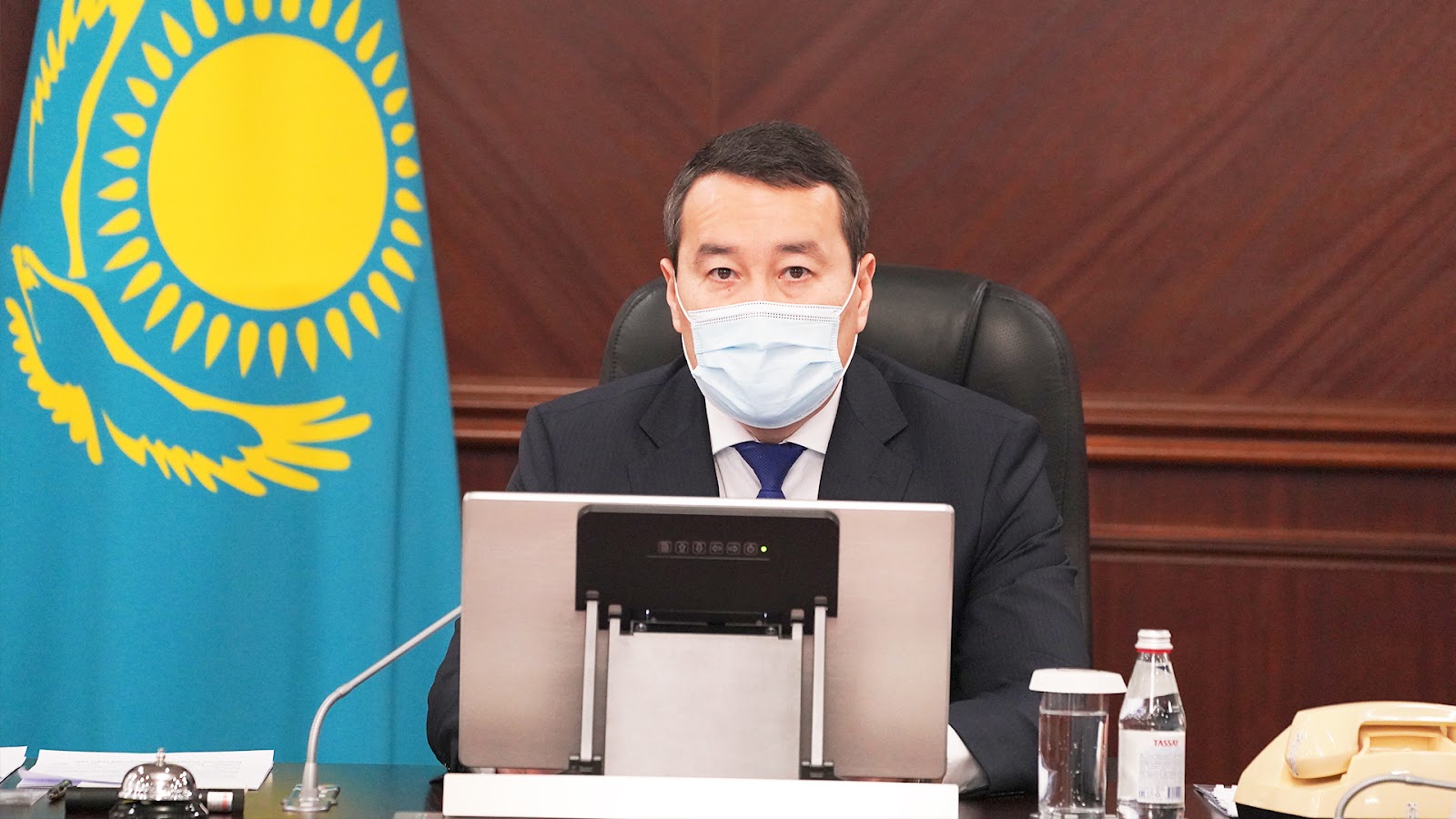 After listening to the reports, the Prime Minister of the Republic of Kazakhstan instructed the Ministry of National Economy, together with the National Bank and responsible state bodies, to submit the Anti-Crisis Plan to the Government by March 25, 2022.

“The head of state instructed to promptly implement a package of anti-crisis measures,” said Smailov. “Anti-crisis measures are aimed at supporting the economy, strengthening control over inflation, stabilizing the foreign exchange market, creating new jobs, as well as developing entrepreneurship.”

Also, the authorized state bodies were instructed to immediately begin the development and discussion of all bills necessary to ensure the reforms proposed by the Head of State.

“The Head of State set before us large-scale tasks for the progressive development of our state, increasing the stability and competitiveness of the economy, improving the quality of life and well-being of the people,” the Prime Minister of the Republic of Kazakhstan said. “Now is not the time to relax. It is we who are responsible for the effectiveness of the implementation of the reforms outlined by the Head of State. We have to justify the trust of society.”