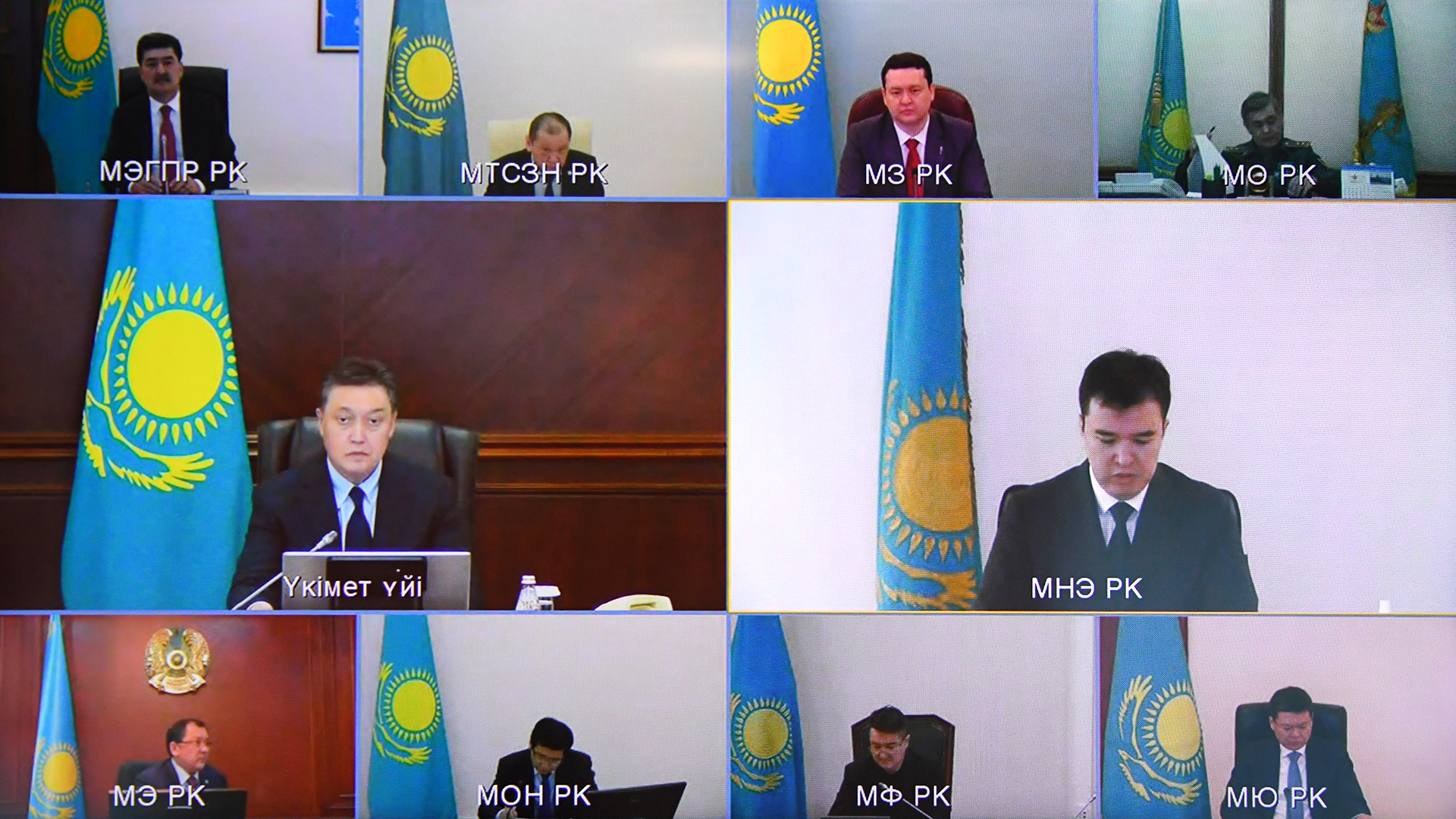 At the government conference call chaired by Prime Minister Askar Mamin, the results of the country's socio-economic development and the implementation of the republican budget for January-April 2020 were considered.

Minister of National Economy Ruslan Dalenov, Chair of the National Bank Erbolat Dossaev, First Deputy Prime Minister – Minister of Finance Alikhan Smailov, Minister of Industry and Infrastructure Development Beibut Atamkulov, Minister of Trade and Integration Bakhyt Sultanov, and Minister of Energy Nurlan Nogayev reported on the state of the economy, the banking sector, the implementation of the republican budget and the development of industries.

The head of government noted that in connection with the lifting of the state of emergency and the easing of quarantine measures, the services sector should begin to recover. This will be facilitated by all measures of state support through tax incentives, providing concessional lending, supporting domestic production through guaranteed sales of domestic goods.

Measures to stimulate business activity, ensure employment and maintain incomes of the population were discussed by the Government together with NCE Atameken and industry associations. Based on the developed measures, on behalf of the Head of the State, a Comprehensive Plan has been formed to restore economic growth by the end of 2020, which will be considered at the next Government session.

The prime minister instructed to take concrete measures to restore the services sector.

“In general, the priority task for the coming period will be the formation of a new economic structure based on increasing its self-sufficiency, a competitive non-resource sector, high-quality investments and integration into regional and global value chains,” summarized Mamin.