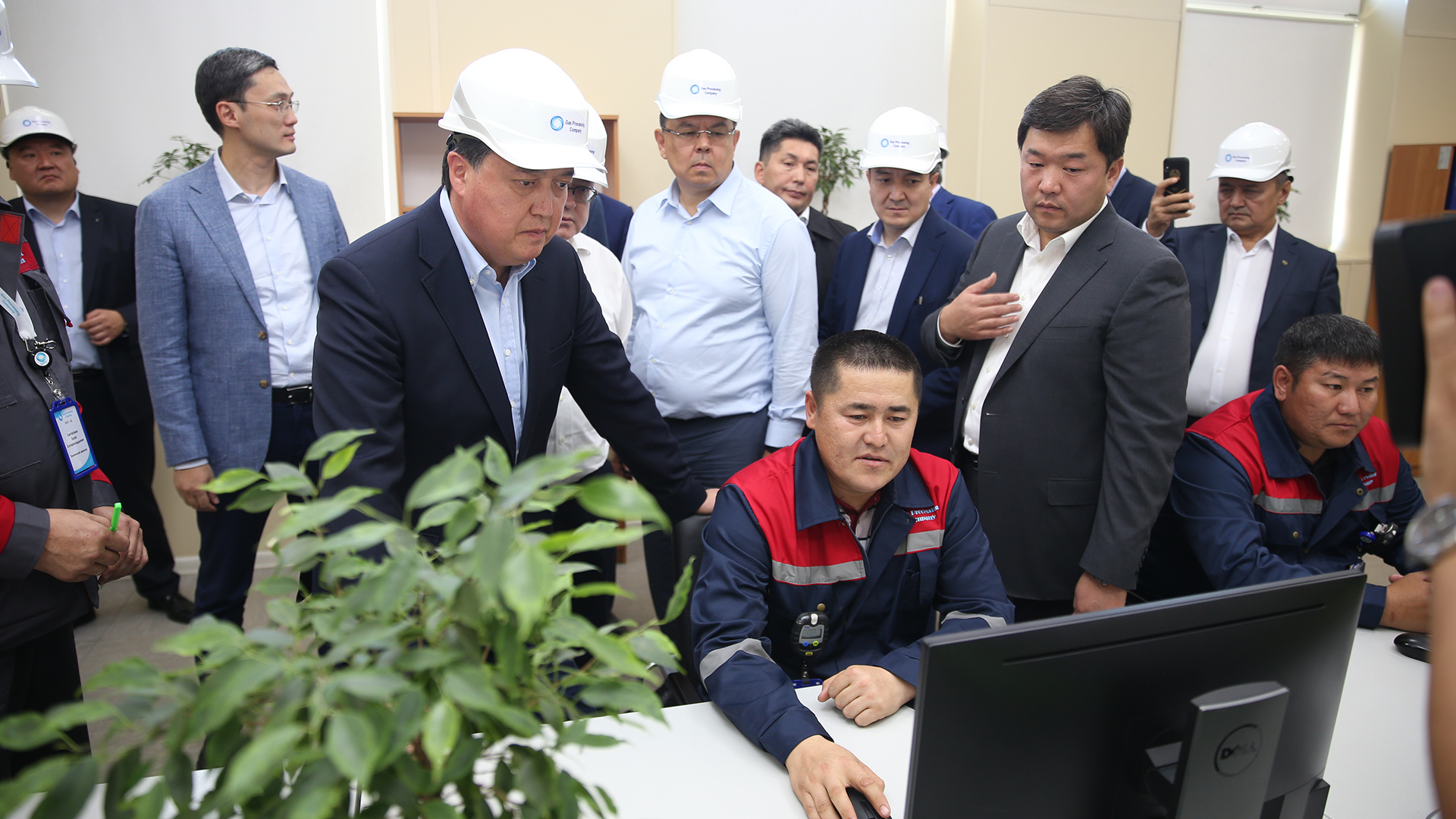 The Prime Minister of Kazakhstan Askar Mamin paid a working visit to one of the leading industrial regions of Kazakhstan – the Aktobe region.

Within the framework of the trip, the head of Government considered the implementation of the State Program of Industrial and Innovative Development initiated by the First President – Elbasy Nursultan Nazarbayev, and the progress of execution of the Head of State Kassym-Jomart Tokayev’s orders on the development of regional economies. 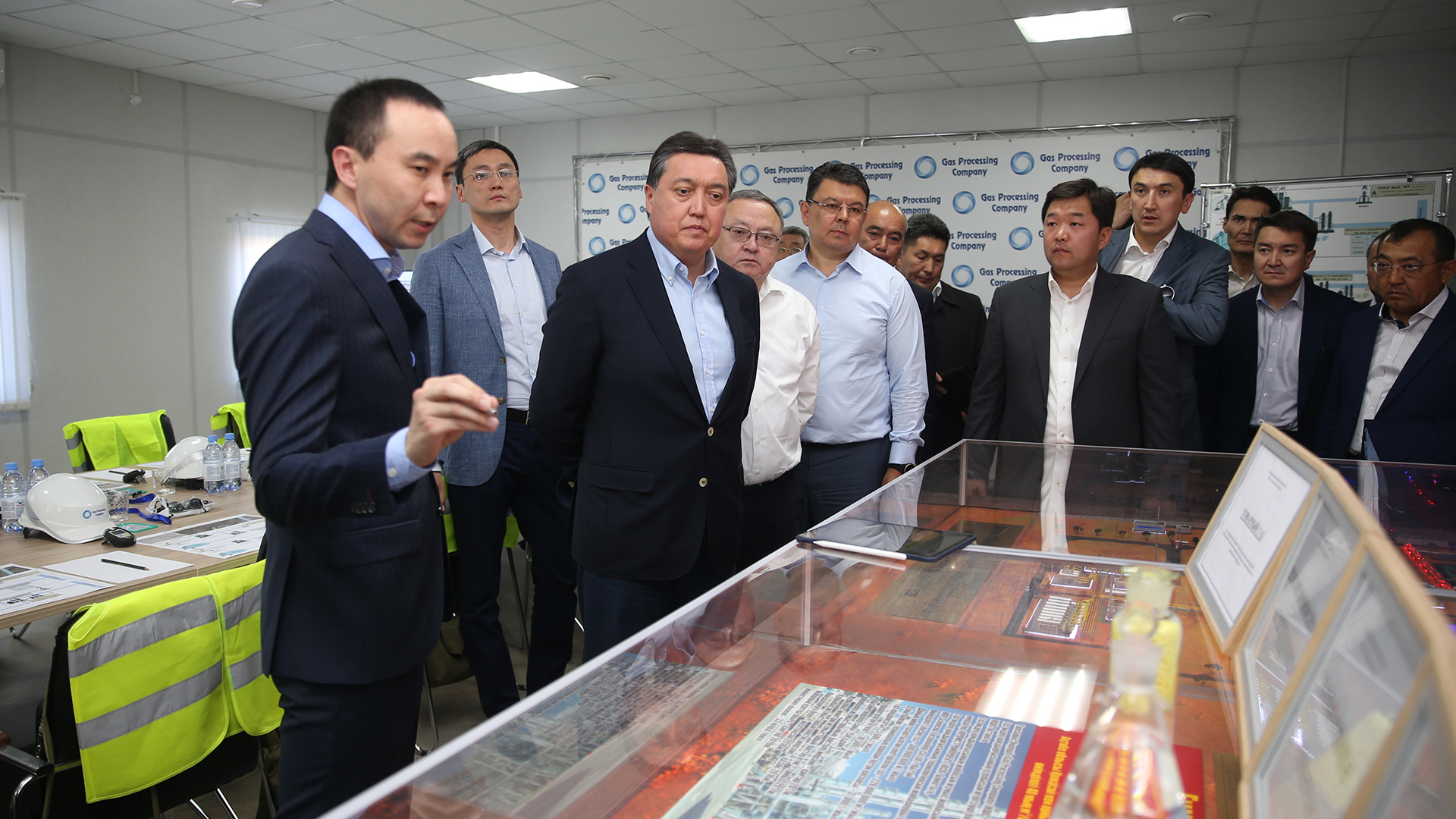 In the regional center, the prime minister visited the Aktobe ferroalloy plant, a branch of Kazchrome TNC JSC, the world's largest enterprise in the quality of chrome ore and the second largest in terms of production and supply of alloys. The plant in Aktobe has annual production capacity of about 440 thousand tons. Askar Mamin inspected the process of enrichment and production of metal. A mining and processing complex was also visited at the Voskhod deposit in Khromtau with a capacity of 1 million tons of ore per year.

The prime minister was informed that since the beginning of 2019, the volume of industrial production in the Aktobe region has increased by 4.9%, exceeding 1 trillion tenge, including the chromium ore production, which grew by 5.7%.

In the Baiganin and Mugalzhar districts, the head of Government familiarized himself with the operation of gas processing enterprises, in particular, visited Gas Processing Company LLP, Zhanazhol Gas Processing Plant SNPS-Aktobemunaigas JSC. Attention was paid to the process of technological modernization of factories and the introduction of modern digital solutions. 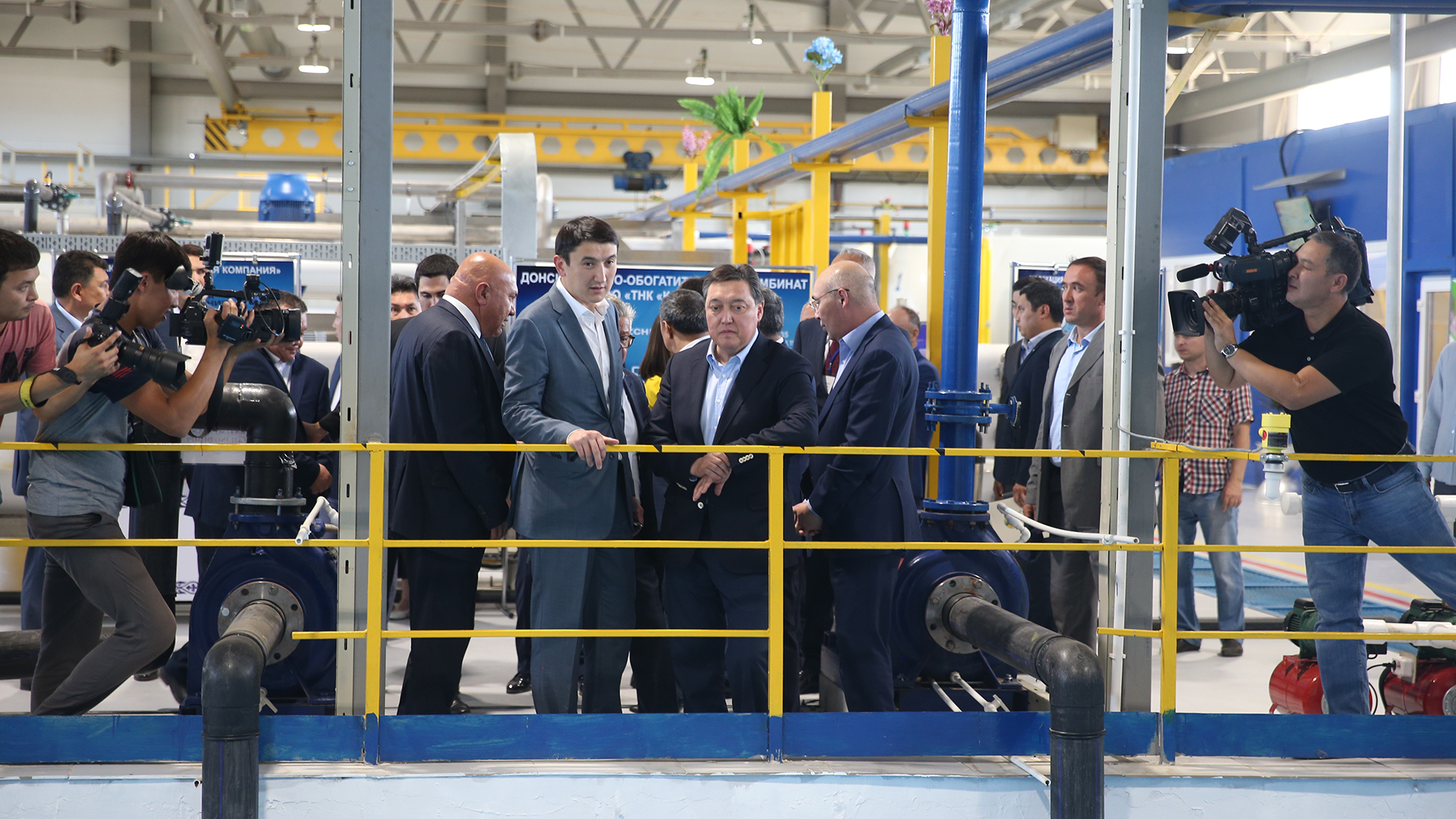 Askar Mamin held a workshop on the development of the oil and gas industry on the territory of the Zhanazhol Gas Processing Plant with the participation of heads of state bodies, oil and gas sector enterprises and trade unions. During the discussion, topical issues of the development of the industry, regulation of labor relations, implementation of initiatives to increase the level of income, increase the share of Kazakhstani specialists by introducing new approaches in the training of qualified personnel were considered.

The head of Government instructed to adjust the current system of regulation of labor relations taking into account modern realities. Askar Mamin emphasized the need to develop and introduce legislative changes. In particular, to prevent discrimination of the rights of workers on wages, to ensure safe working conditions.

It was entrusted to pay special attention to ensuring environmental safety and respect for natural resources in the development of deposits.

During the trip, Askar Mamin also got acquainted with the construction of the republican highway “Aktobe –  Atyrau – the border of the Russian Federation (Astrakhan)” with a length of 319 km, the reconstruction of the local highway “South bypass of Aktobe,” also visited the multifunctional roadside service complex IBG LLP Catering.

The head of the Government paid special attention to resolving housing issues in the region. Askar Mamin visited the Nur Aktobe microdistrict under construction, where over 2 thousand apartments will be commissioned before the end of this year. In addition, the construction materials factory “Koktas-Aktobe” was visited, as well as the project in the framework of the program “The Economy of Simple Things” the clothing factory Global Overalls. 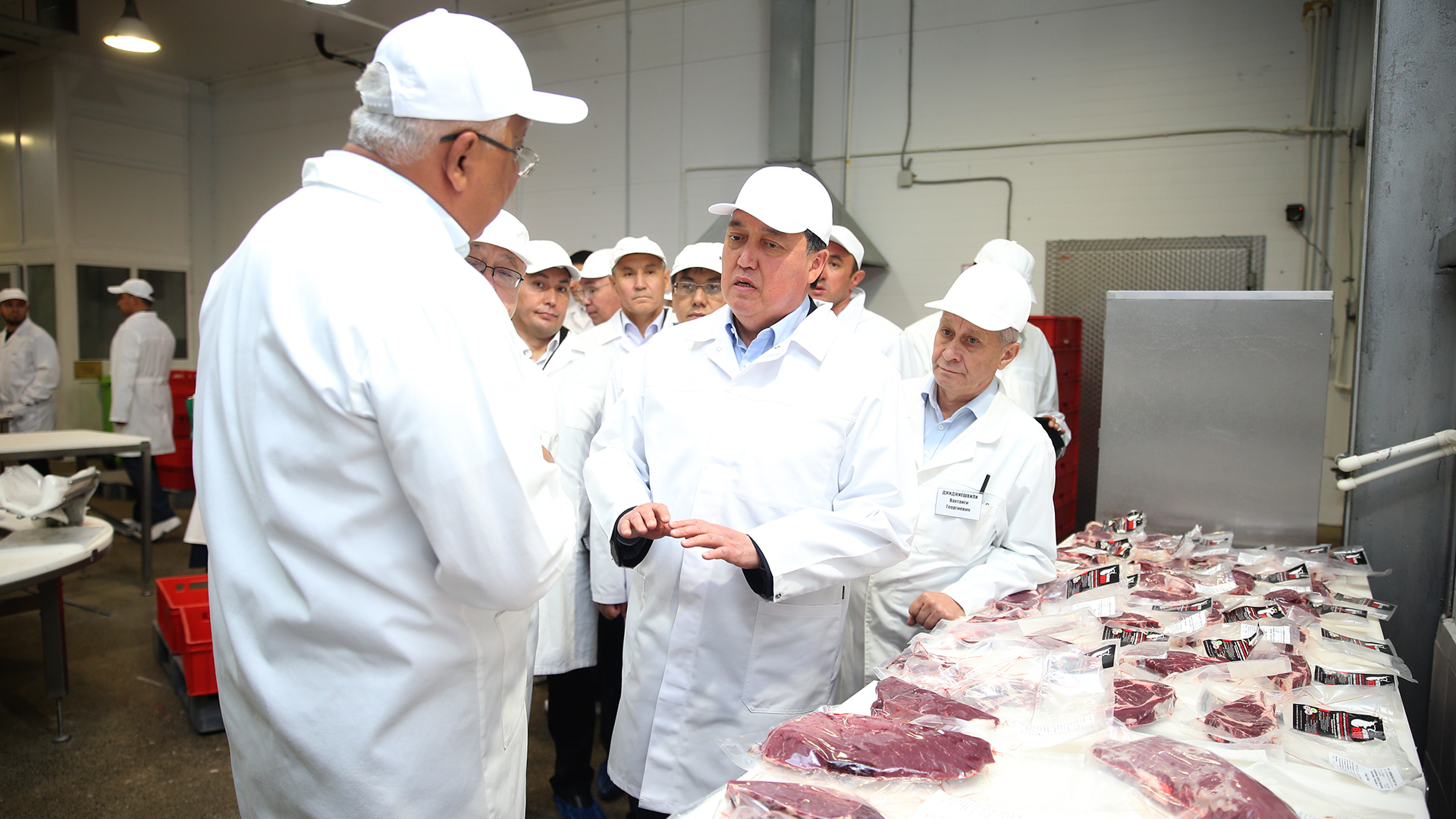 At the end of the working trip, the prime minister visited the investment projects implemented in the region of the agro-industrial complex – the meat processing plant of Aktobe Meat Cluster LLP and the Ais Milk Commodity Farm. 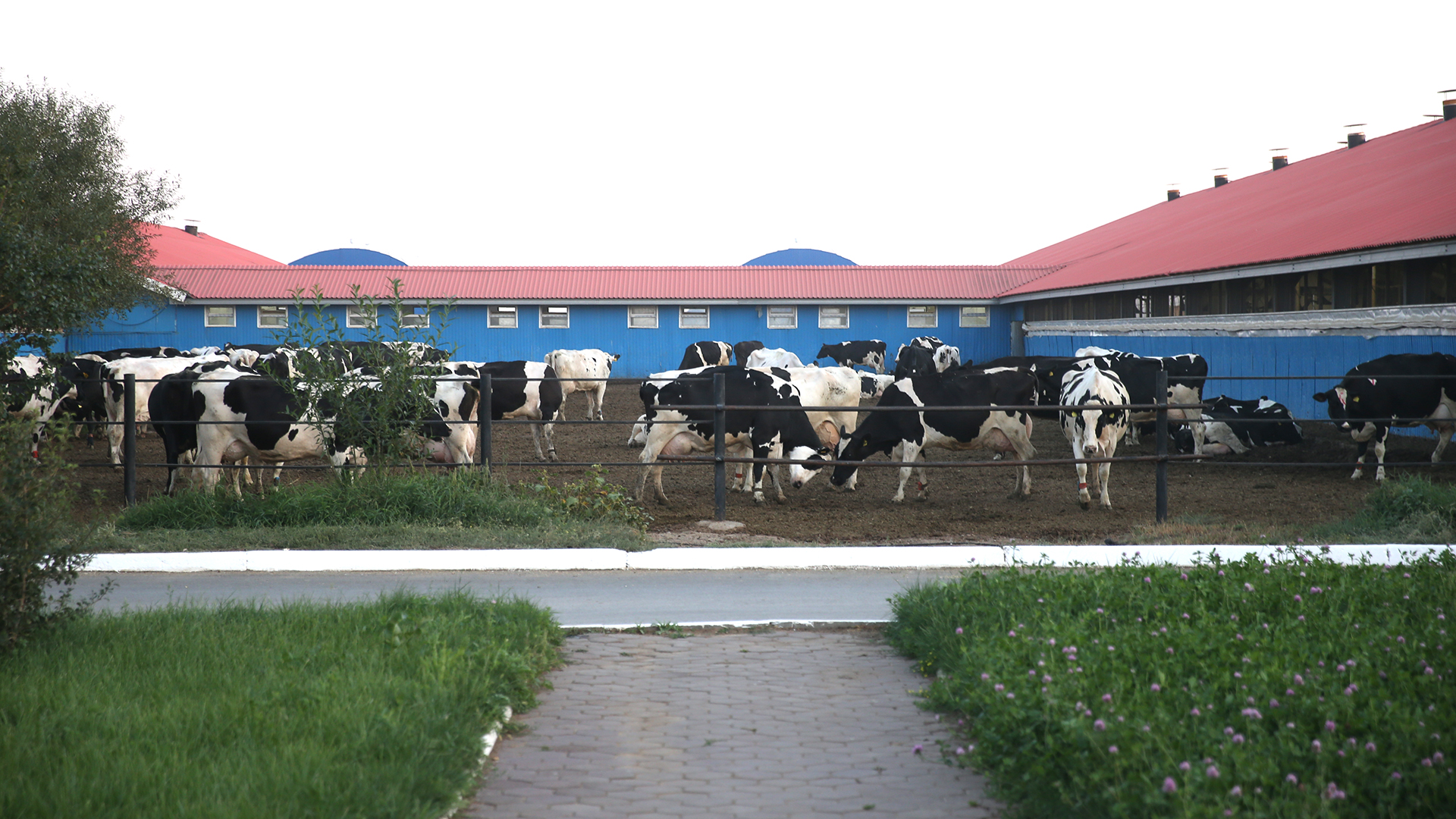