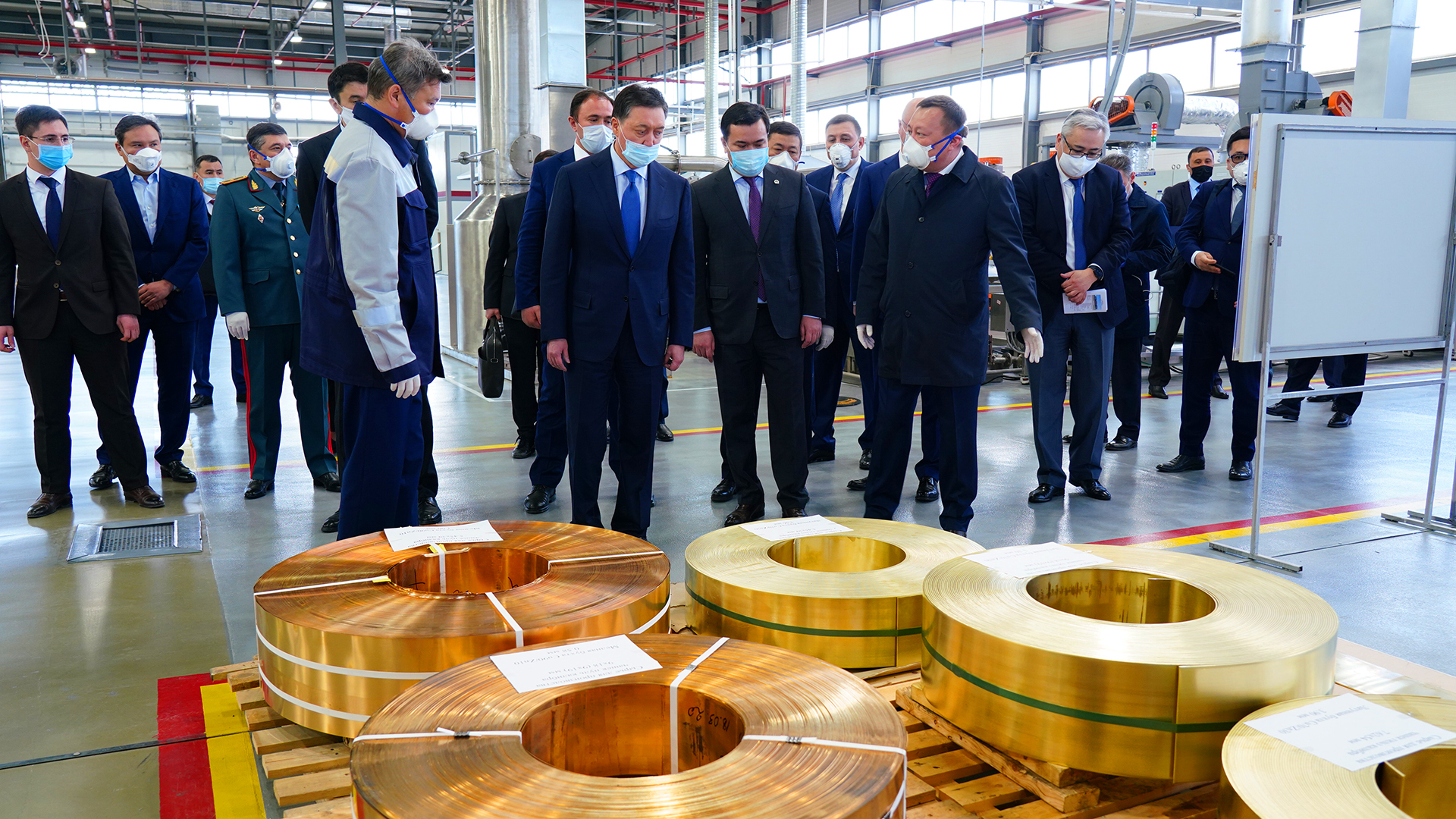 In the framework of monitoring the implementation of the State Program of Industrial and Innovative Development, the Employment Roadmap, as well as the socio-economic and infrastructural development of the Karaganda region, Prime Minister Askar Mamin made a working trip.

The head of government visited the Saryarka SEZ, where he launched the first stage of the steel manufacturing LLP cartridge plant.

Mamin also got acquainted with the activities of the plant for the production of refractory materials of Seven Refractories Asia LLP. The volume of investments in the project amounted to 1.7 billion tenge; 70 jobs were created. Factory workers were trained in Europe. Production capacity – 38 thousand tons of products per year, the main volume is exported to Russia and Kyrgyzstan, and is also supplied to the enterprises of Arcelor Mittal Temirtau JSC. 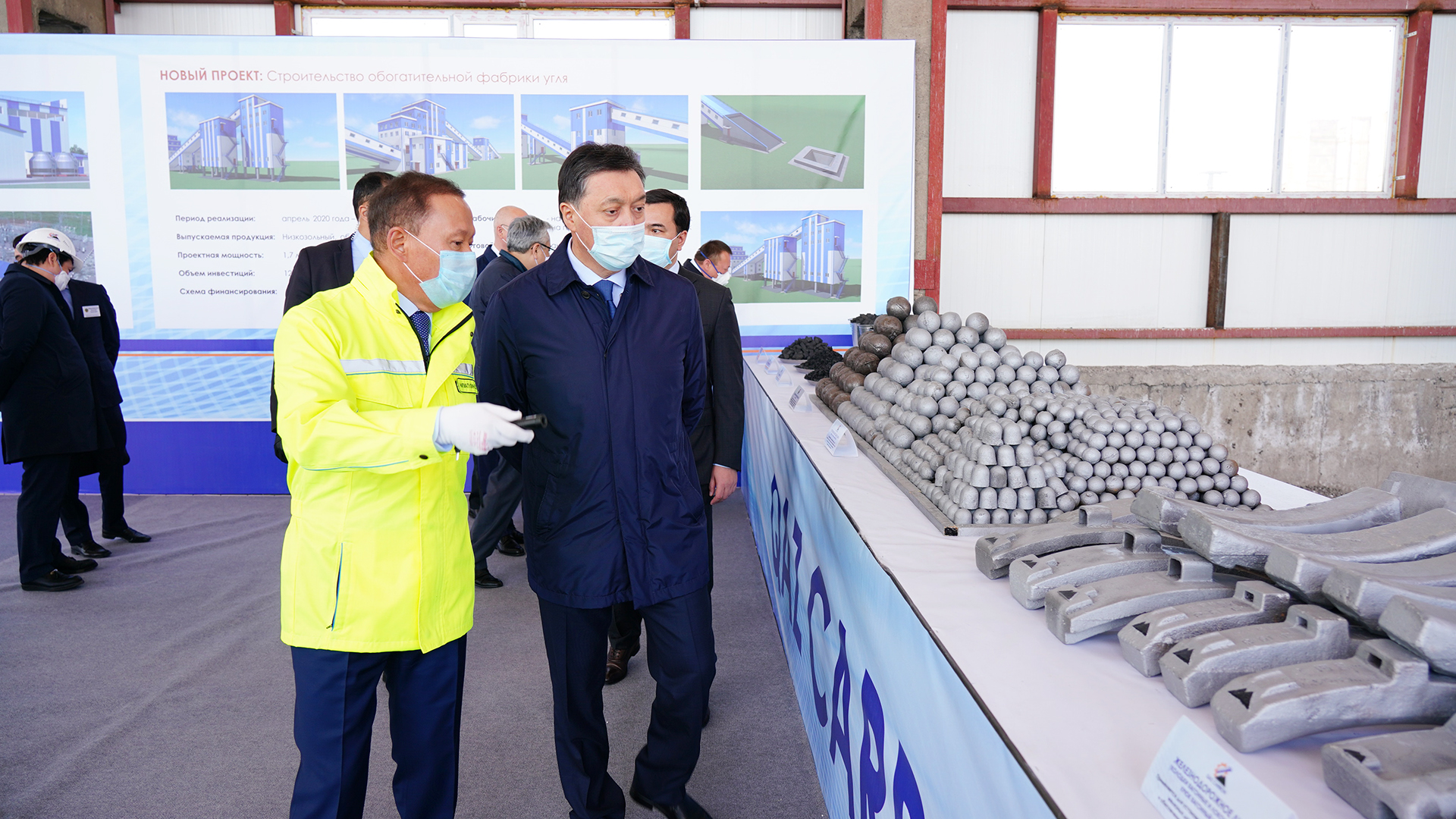 The prime minister visited the association of foundries of Qaz Carbon LLP, which annually produces over 900 items of steel and cast iron products with a total volume of 120 thousand tons. The factory employs over 1,200 people. Mamin got acquainted with the progress of the construction of a new ferroalloy plant and a coal preparation plant. The total investment will amount to 36.2 billion tenge, the implementation of projects will create over 1,700 jobs during the construction period, and 510 new jobs during the operation period. New production facilities will annually produce 57 thousand tons of ferroalloys, 240 thousand tons of sinter and 1.7 million tons of low-ash, enriched coal. Both projects comply with modern environmental requirements.

The head of government inspected the implementation of projects for the repair and construction of the road, housing and social infrastructure of the city of Karaganda, including under the Employment Roadmap. 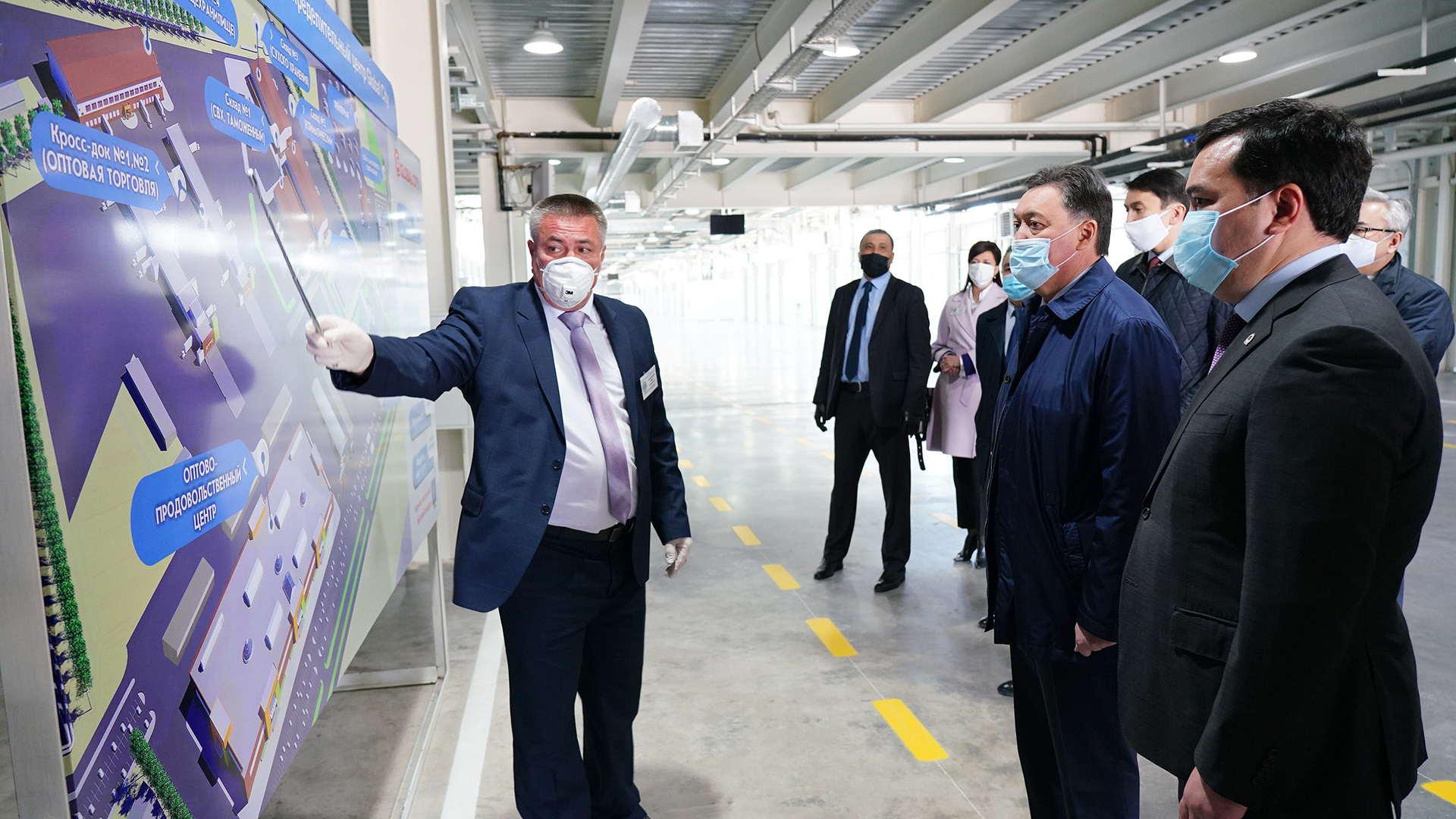 Mamin visited the Global City Wholesale Distribution Center, which is scheduled to be commissioned in the summer 2020. The center of 60 hectares (by 2023 it will expand to 100 hectares) at all stages of construction and operation, will create 5 thousand new workers places and will become the largest facility in the national commodity distribution system of the Republic of Kazakhstan, providing flows of agricultural products along the North-South line.

In Saran, Karaganda region, a plant for the production of buses and specialized equipment of the Yutong brand will be created. The corresponding agreement was signed during a visit to the region of the Prime Minister Mamin. The volume of investments will be about 23 billion tenge, 1,100 new jobs will be created, the annual design capacity is 1,200 buses and 500 special equipments, which will not only ensure the domestic market of the Republic of Kazakhstan, but also export products to the EAEU countries.