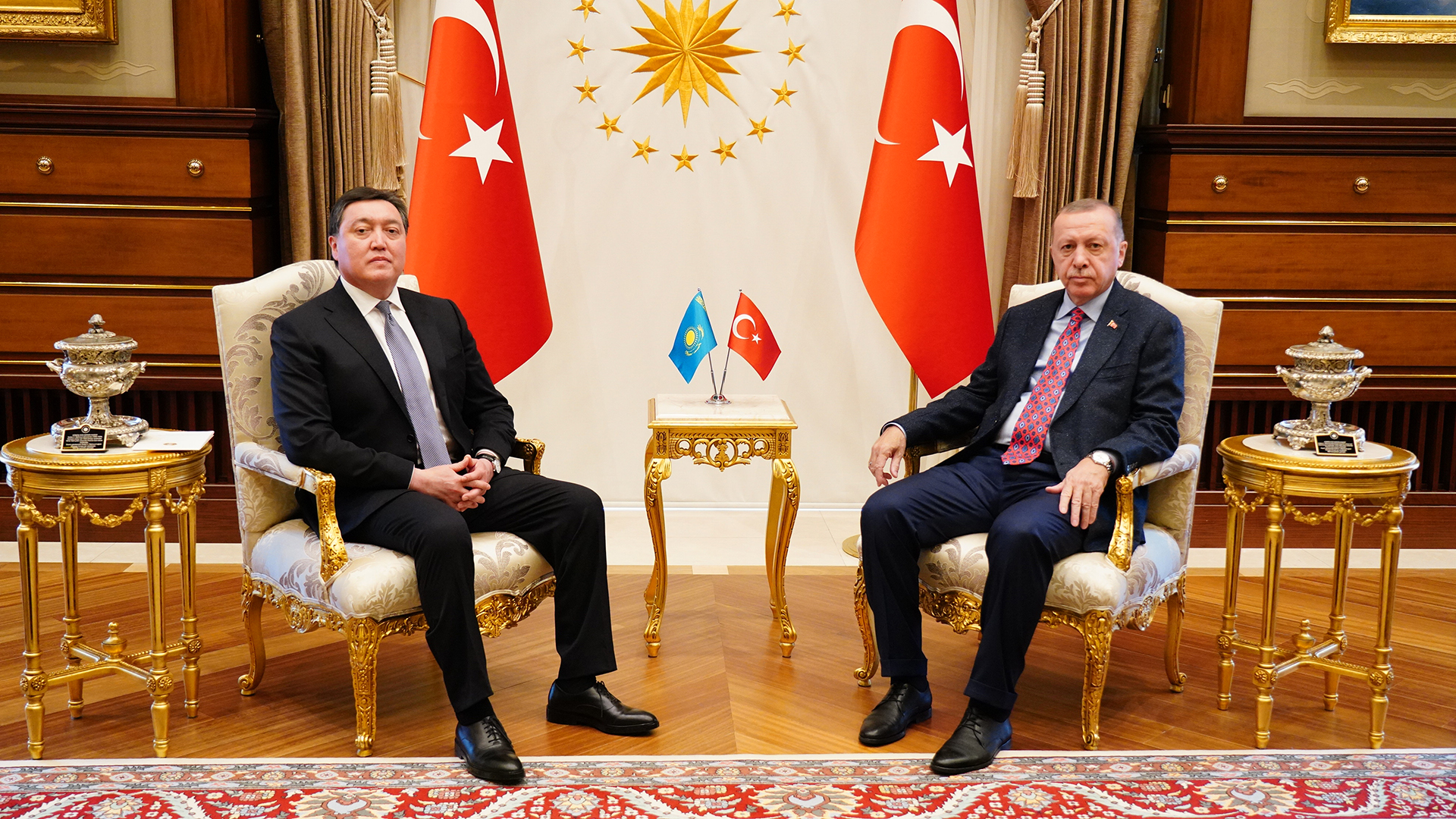 During his working visit to the Republic of Turkey, Prime Minister Askar Mamin held negotiations with President Recep Erdogan and Vice President Fuat Oktay, attended the XI meeting of the Kazakhstan-Turkey Intergovernmental Economic Commission and the opening of a bilateral business forum, and also met with the captains of Turkish business.

“Cooperation between our countries is developing dynamically in all areas, the foundation has been laid for bringing bilateral relations to a qualitatively new level. The first President of Kazakhstan - Elbasy Nursultan Nazarbayev and the Head of State Kassym-Jomart Tokayev consider Turkey as one of the key and strategic partners of Kazakhstan,” Mamin said at a meeting with Erdogan in Ankara.

Over 4,200 companies with Turkish capital are registered in Kazakhstan, which are widely represented in the energy, transport, agro-industrial, engineering sectors, infrastructure construction and other areas. According to the results of 9 months of 2019 bilateral trade reached $2.3 billion, which is 68% more than in the same period in 2018. As expected, by the end of this year bilateral trade volume will exceed $3 billion. Currently, the pool of investment projects being developed and implemented jointly with the Turkish side exceeds $6 billion.

During the negotiations, issues of further development of cooperation in the trade, economic, investment, transport and logistics, agricultural and other fields were discussed.

Mamin visited the monument of the First President of Kazakhstan - Elbasy Nursultan Nazarbayev, laid flowers at the Ataturk mausoleum and, together with Erdogan, planted trees as part of the “Breathing into the Future” environmental campaign in Turkey. The head of Kazakh government also learned about the activities of the Chamber of Commerce and Industry of Turkey, including the work on digitalization of Turkish state bodies.

In Istanbul, the Prime Minister Mamin, together with the Vice-President of Turkey Fuat Oktay, participated in the XI meeting of the Kazakh-Turkish Intergovernmental Economic Commission. 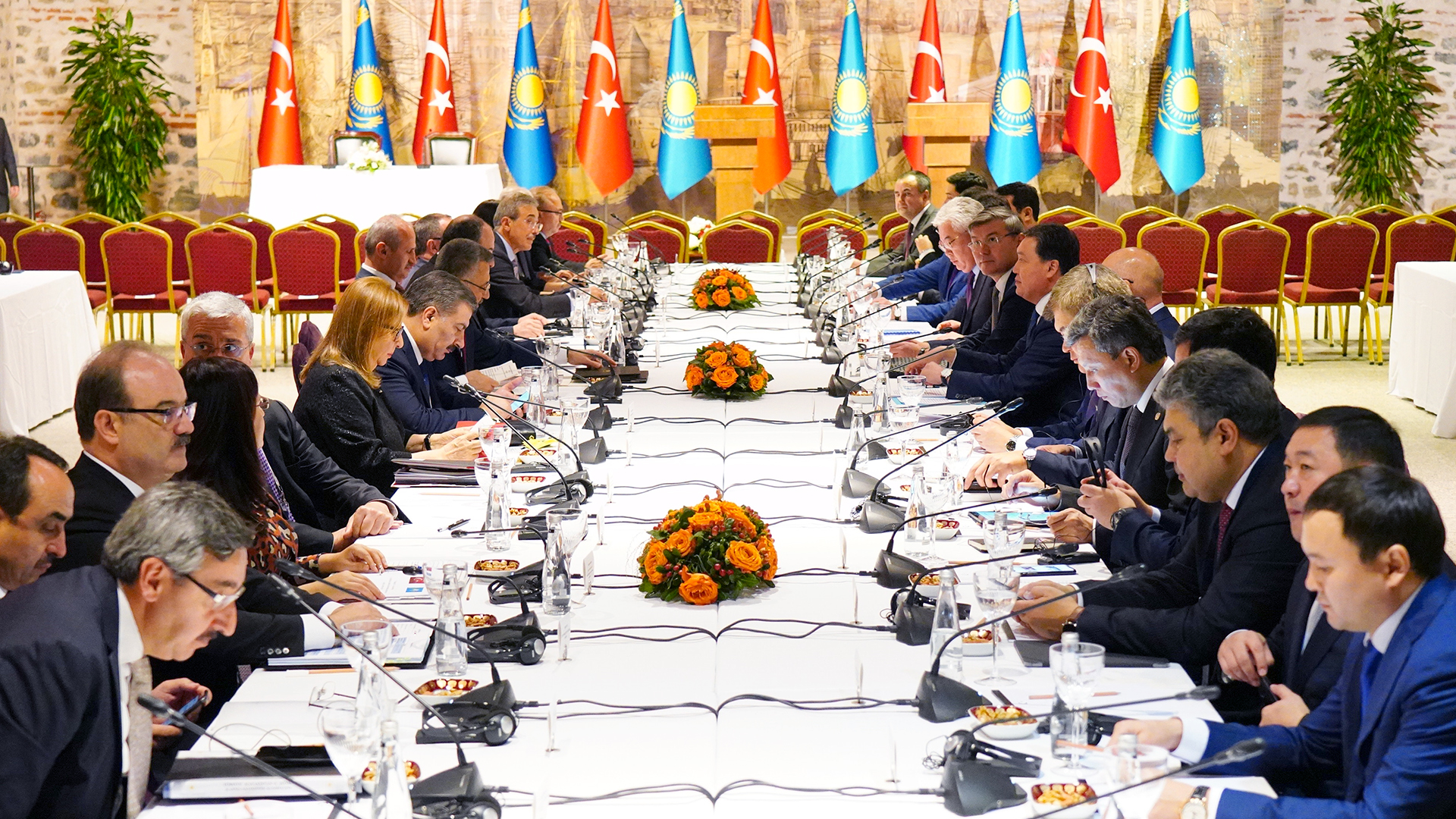 As a result of the event, a Joint Action Plan was adopted, consisting of 65 paragraphs in such areas as trade and investment, industry, transport, education, healthcare, tourism, etc. In addition, an intergovernmental agreement on international combined transportation of goods was signed, an action protocol for joint economic program "the New Synergy" for 2019-2021, as well as a memorandum of understanding between the Ministry of Trade and Integration of the Republic of Kazakhstan and the Ministry of Trade of Turkey, aimed at developing cooperation on ucts category "halal."

Mamin and Oktay opened the Kazakh-Turkish business forum with the participation of about 500 representatives of Turkish and 100 Kazakhstani business circles. During the forum, 18 documents were signed for a total amount of $1.5 billion, providing for the implementation of joint projects in infrastructure, industrial, transport and logistics, healthcare, the exchange of experience in public-private partnerships, the development of the financial market, etc. 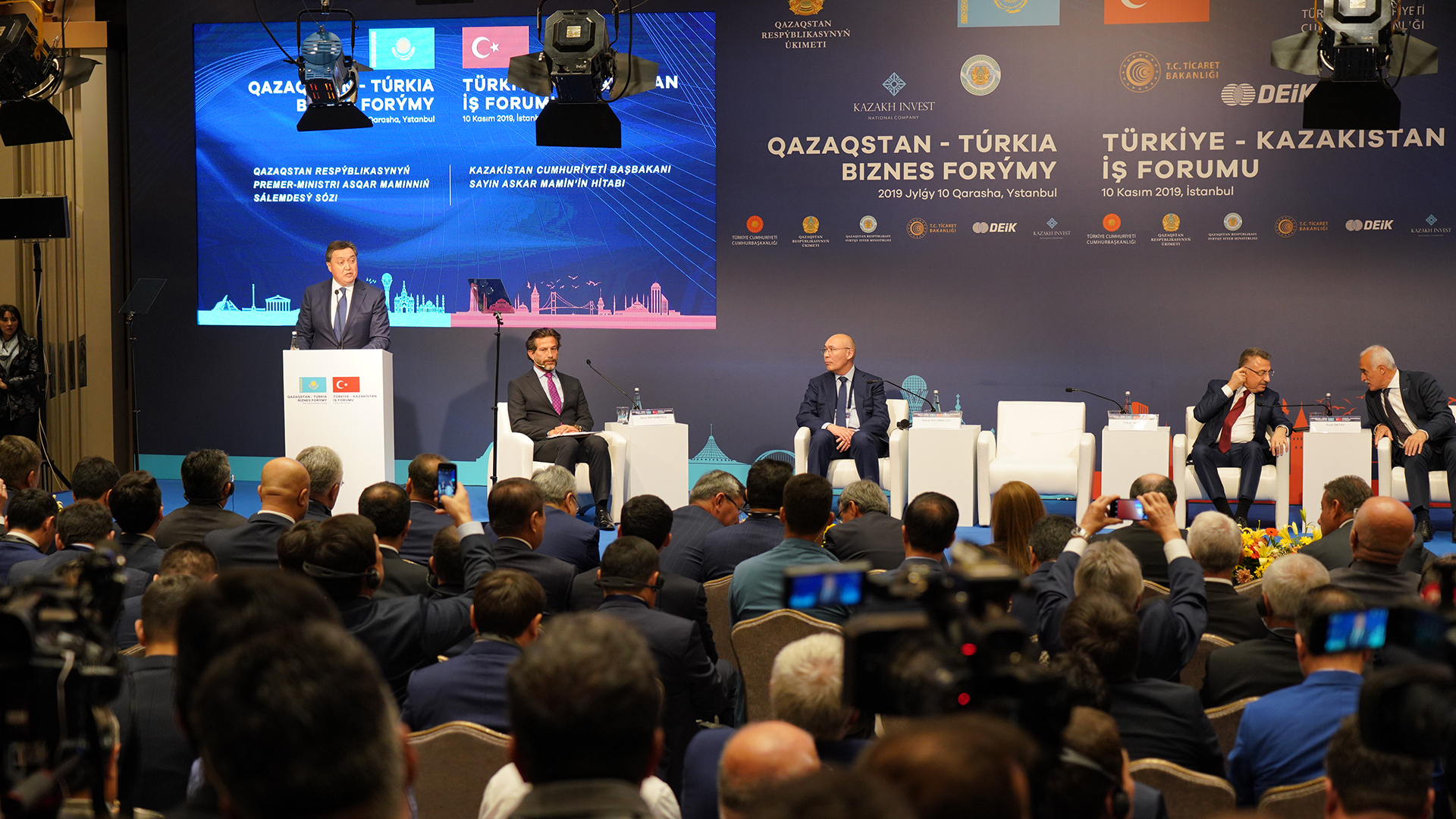 In particular, agreements were reached on opening in Kazakhstan the production of corrugated cardboard packaging, paint and varnish products, the Aktobe-Gebze industrial zone, the infrastructural development of the city of Turkistan, as well as the construction of university clinics in Almaty and Karaganda, multidisciplinary hospitals in Kokshetau, Kyzylorda, Aktau, Atyrau, Aktobe, Taraz, diagnostic centers in Shymkent and Aktobe. 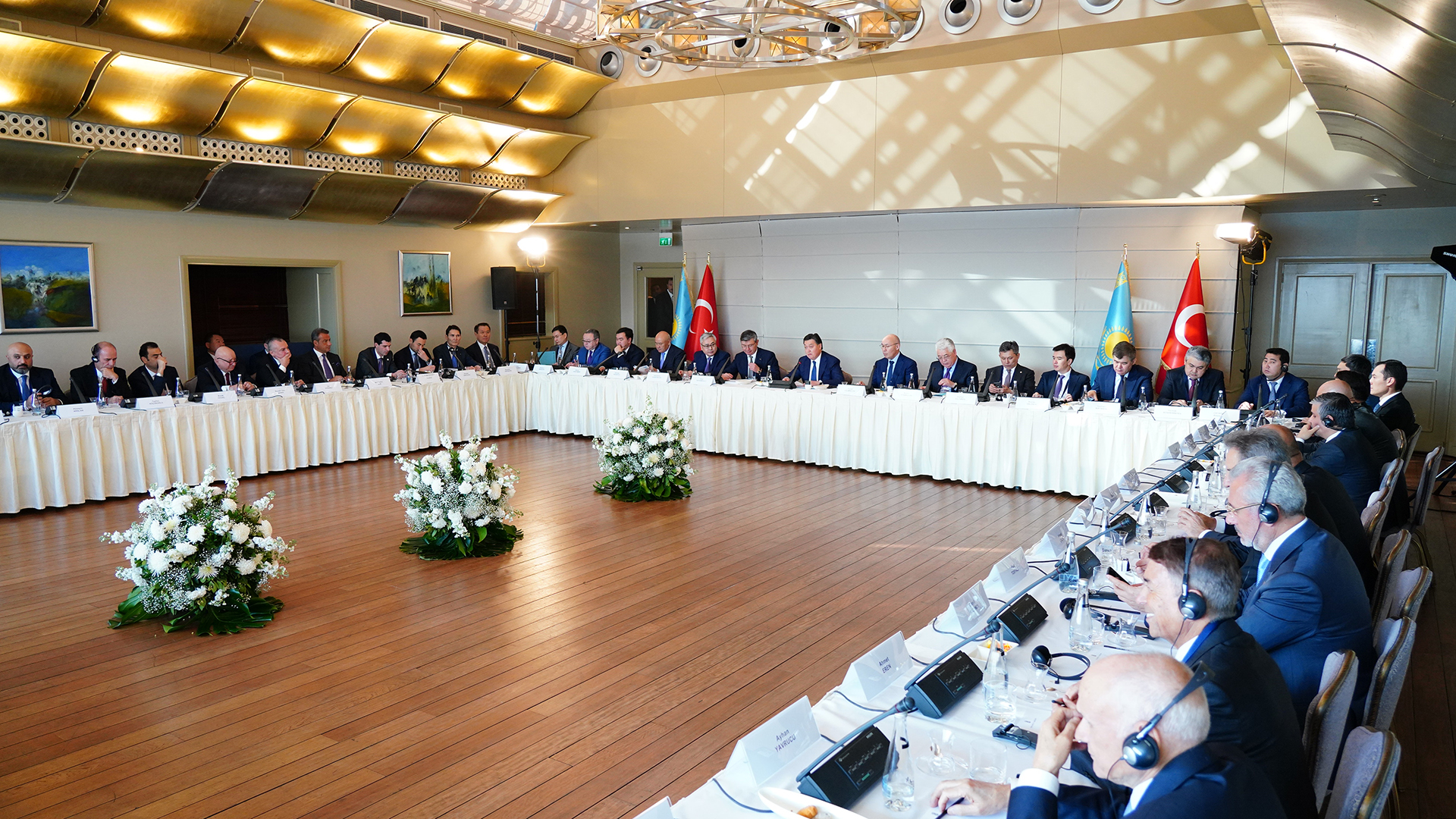 The Prime Minister of Kazakhstan met with the leaders of 41 largest Turkish companies - current and potential investors in the economy of Kazakhstan. Askar Mamin held both bilateral negotiations with the captains of Turkish business, as well as a general meeting in the format of a round table. The head of Kazakh government called on Turkish businessmen to contribute to the revival and development of Turkistan as a cultural and spiritual center of the Turkic world. 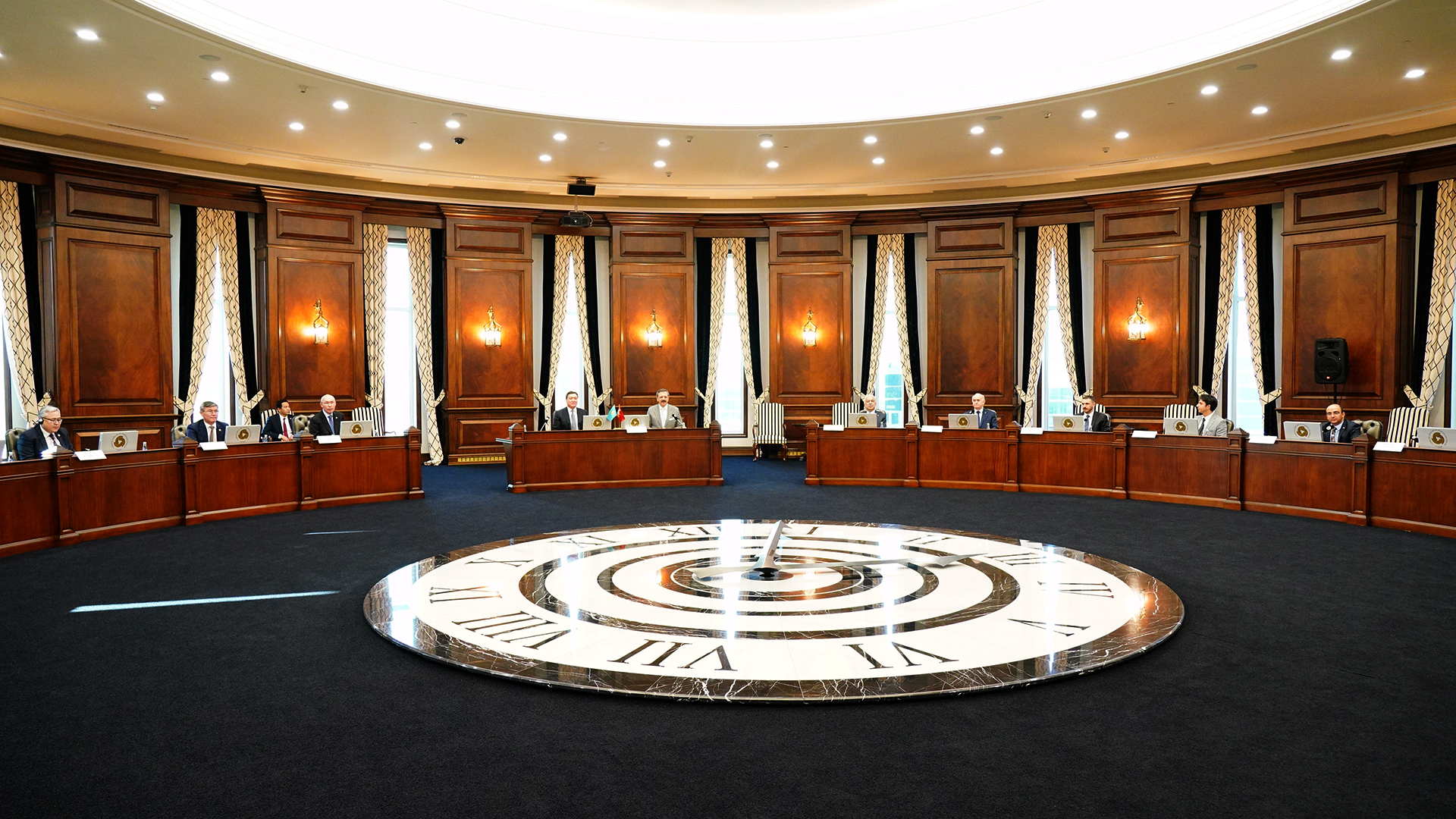 As part of his visit to Turkey, Mamin also visited Kayseri, where he got acquainted with the city hospital that has been functioning since 2018, which was the first Turkish healthcare project implemented according to the model of public-private partnership.