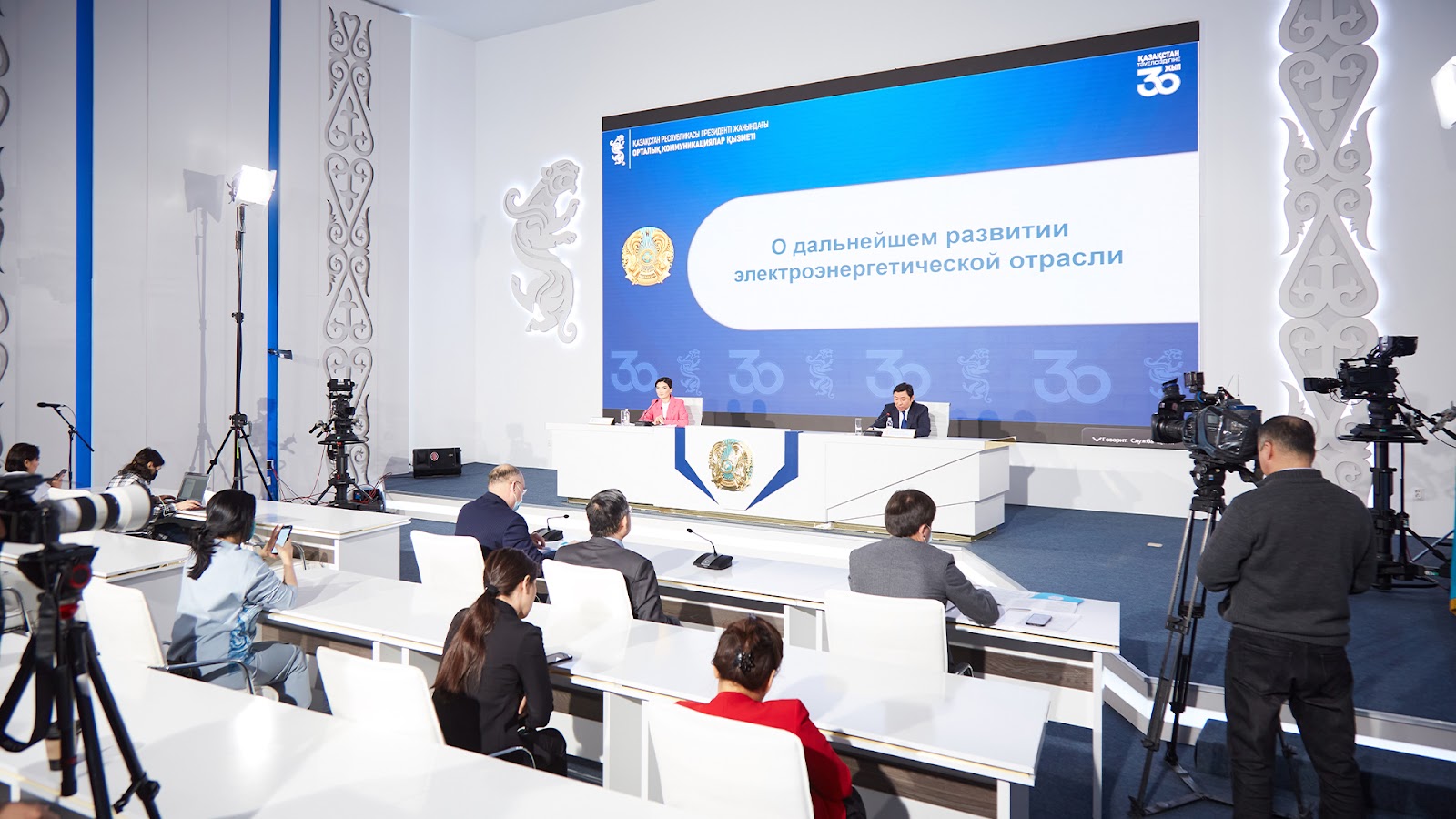 A press conference was held on the site of the Central Communications Service on the topic “On the further development of the electric power industry in Kazakhstan”. The speaker of the event was the Minister of Energy of the Republic of Kazakhstan Bulat Aqchulaqov. In his speech to reporters, the head of the ministry spoke first of all about the current situation in the country's energy system and the results of the industry's development for 2021.

Today, according to him, the Unified Electricity System of the Republic of Kazakhstan operates in self-balancing mode. At the same time, the energy system is experiencing a shortage of electric power during peak hours, which is due to more frequent emergency shutdowns of the equipment of energy-producing organizations, as well as a sharp increase in the load on the part of consumers.

“The volume of electricity generation in 2021 amounted to 114.4 billion kWh or 106% by 2020. In order to prevent a shortage of electric energy and capacity in the autumn-winter period, in November 2021, unit 3 of the Zhambyl GRES was turned on, and in January 2022, the 4 power unit, which together allowed increasing the load of the GRES by 330 MW,” Aqchulaqov informed.

In the field of regulating the activities of digital mining entities, according to the minister, work is currently underway to identify them. The Ministry, as part of the further regulation of these entities, proposes the following measures:

2) determination of quotas for electricity consumption by digital mining entities;

3) the introduction of a moratorium on connecting capacities for new entities;

4) transfer of digital mining entities to the consumption of electricity from renewable energy sources and imports.

According to the minister, the energy system of the republic faced the problem of electricity shortage in the past years as well. In 2007-2012 there was also a shortage of electricity.

“As a response, the program ‘Tariff in exchange for investments’ was adopted then with the introduction of marginal tariffs for electricity. As a result, the shortage was eliminated and a medium-term reserve of capacity was created by commissioning 1.2 GW of new capacities, restoring 1.7 GW of capacities,” Aqchulaqov noted. 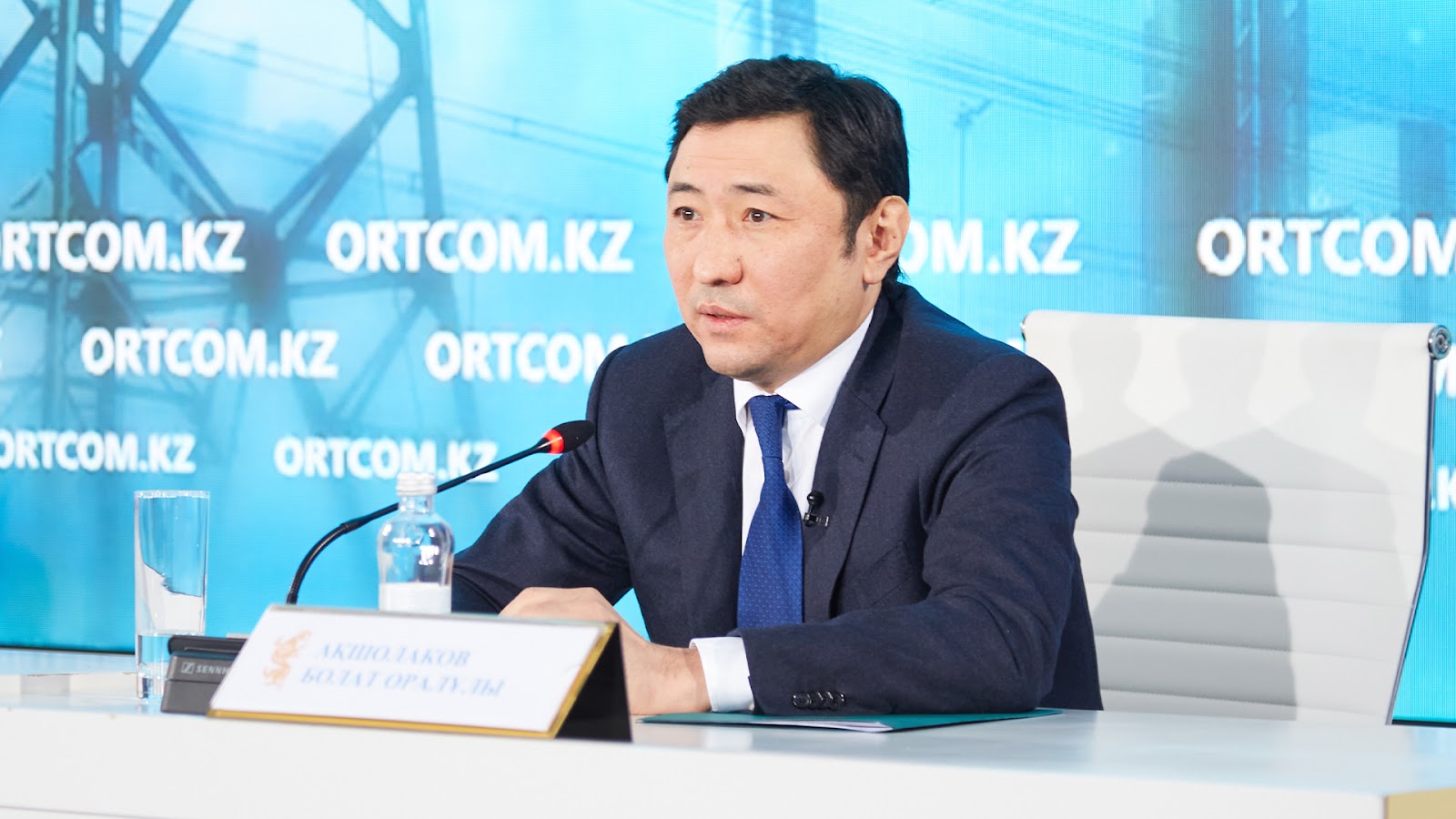 In this regard, according to him, there is currently a need to strengthen existing mechanisms to support the generation sector. In particular, in order to carry out high-quality repairs to maintain the energy infrastructure, an increase in the marginal capacity tariff within the capacity market is required.

“For the full implementation of the proposed measures, the system for monitoring the quality of ongoing repairs will be improved. To do this, it is necessary to empower the Ministry of Energy with the relevant competence and introduce counter obligations on the part of energy-producing organizations,” Aqchulaqov noted.

According to the minister, on behalf of the Head of State, an energy balance was developed, according to which by 2035 electricity consumption will be about 153 billion kWh. At the same time, the generation of currently operating energy sources will decrease for a number of objective reasons and amount to less than 89 billion kWh.

“Taking into account the need to provide a power reserve of up to 10%, the demand by 2035 will be 25 GW. Thus, the existing energy sources will not be able to cover the forecast needs of the population and the economy for electrical energy. In this regard, by 2035 it is required to ensure the commissioning of new generating capacities,” said Aqchulaqov.

At the same time, according to him, it should be noted that the generation sector is affected by a number of factors to reduce environmental impact, including commitments to reduce greenhouse gas emissions and achieve carbon neutrality by 2060. In this connection, in addition to increasing the capacity of traditional and renewable energy sources, the energy balance considers the scenario of introducing generation from nuclear power plants. In general, according to the minister, the structure of new energy capacities required for commissioning by 2035 is as follows:

- 6.5 GW of facilities for the use of renewable energy sources (RES);

- over 5 GW of gas generation;

This will make it possible to cover the deficit of both basic and regulating capacity, ensuring the independence of the energy system from the regulation of the energy systems of neighboring states. As the minister further noted, as of February 2022, there are 439 power reactors in the world with a total capacity of about 390 GW, 52 reactors are under construction in 19 countries of the world. Nuclear energy accounts for 10% of the world's total electricity generation.

According to the International Atomic Energy Agency, electricity generation from nuclear power plants of all countries is predicted to grow by 1.8 times by 2050 - from 390 GW in 2021 to 715 GW in 2050.

“Kazakhstan has the potential for the development of nuclear energy. We rank first in the world in terms of the volume of extracted natural uranium, our own production of nuclear fuel components, and our country also has access to uranium isotope enrichment services,” said Aqchulaqov.

Last year, according to him, a plant for the production of finished nuclear fuel for nuclear power plants located in China was opened on the basis of the Ulba Metallurgical Plant. The issue of NPP construction is considered by the Ministry of Energy of the Republic of Kazakhstan as one of the most promising areas, which is confirmed by world experience. According to the minister, to cover the medium-term demand for electricity, a number of projects are being implemented to commission generation sources.

“Within the framework of the capacity market, a number of investment agreements have been concluded, which allows existing stations to modernize and reconstruct their capacities. Today, projects are being implemented with commissioning forecasts of up to 1.7 GW by 2025,” said Aqchulaqov.

In addition, according to him, the implementation of projects for the construction of block No. 3 of the Ekibastuz SDPP-2, as well as the modernization of energy sources of the Almaty energy complex. In 2022, it is planned to hold auctions for flexible capacity projects with a total capacity of over 1,200 MW. In addition, work is underway to modernize the National Electric Grid, including strengthening the energy system of the Western and Southern zones, joining the Western zone to the Unified Electricity System.

In general, according to the minister, the total length of electric networks in the country is 467,422 km, of which about 27 thousand km are National Electric Grids managed by KEGOC and about 274 thousand km are networks of regional electric grid companies.

“In turn, due to limited opportunities to improve reliability, there are problems in the transmission sector that need to be addressed. First of all, this is the physical deterioration of power grids, especially regional ones. In this connection, on behalf of the Head of State and the Government, a technical audit of the state of power grids is now being carried out, based on the results of which measures will be taken,” Aqchulaqov said.

The minister also noted the problems arising in connection with the current political and economic situation in the world, when there is a risk of postponement and untimely implementation of repair campaigns and the implementation of investment agreements of energy-producing organizations, due to the fact that there are interruptions in the supply of inventory and material resources from the plant - manufacturer located in Ukraine.

“Risks arise due to non-compliance with deadlines or disruptions in the supply of inventory; an increase in the cost of spare parts, parts and components of power equipment under concluded contracts due to the current fluctuation of the national currency and the violation of international logistics links. The government is considering a certain package of measures, the issue is being resolved,” Aqchulaqov assured.

In general, according to him, all the actions of the Ministry of Energy are aimed at ensuring the reliable operation of the Unified Electricity System of Kazakhstan.

Answering journalists' questions, Aqchulaqov commented on the suspension of the Kashagan field.

“Kashagan will not get up for repairs today for any two months: it has scheduled repairs in the summer, it is still operating as usual. If TLU-1 starts working, then this is, in principle, a small threat, not such big losses, for this there is no need to stop the field. Regular regular work is underway,” Aqchulaqov emphasized.

At the moment, according to him, there is information that VPU-1 will start working today and tankers will be loaded. The Kashagan field will not be stopped for repairs. The CPC, through which Kazakh oil is transported, has always operated at two TLUs. One was always on standby in case of an accident. If one of the TLUs is put into operation within three weeks, this means that the CPC will operate as normal.

“We can work with one TLU if we send part of the oil to alternative routes. We count losses. With one TLU, they should practically not be, we will be able to catch up with this production and fulfill the plan,” Aqchulaqov emphasized.

The most pessimistic scenario, according to him, is a repair for 2 months.

“CPC cannot disappear altogether, this is not a Russian or Kazakhstani pipe, it is an international consortium in which a lot of money has been invested and on which a large number of consumers in Europe and in the world as a whole depend. In any case, it needs to be repaired, and they will do it,” Aqchulaqov emphasized.

The pessimistic scenario, according to him, is a month or two, taking into account the fact that the first berth has started working. There will be no significant volume losses.

“If the first berth did not work and all three berths were standing, then 4.4 million tons per month, of which we could distribute 1.3 million tons along alternative routes and 3.0 million tons would fall out. But due to the fact that at the beginning of the year the profit was set at $60 per barrel, today the price is within 120, which is 2 times higher in terms of cash receipts. Therefore, I don’t see any big problems with the flow of money in such a situation,” Aqchulaqov emphasized.

The minister also answered questions on the transportation of Kazakh oil to Europe by rail. The biggest problem today is the lack of a sufficient number of railway tanks. Those tanks that are available, most of them are used for supply and circulation within the market of Kazakhstan, mainly these are oil products.

“The type of wagons for oil and oil products is the same. Basically the park that we have is limited. About 1,500-2,000 wagons. This is not enough to export such a volume, but it is enough to use alternative routes, for example, the port of Aktau. You can load it at the expense of the railway and these wagons will be enough. But for export, to be transported to the ports of the Black Sea and the Baltic, these wagons are not enough,” Aqchulaqov explained.