Almaty region — an important transport and logistics hub of the country 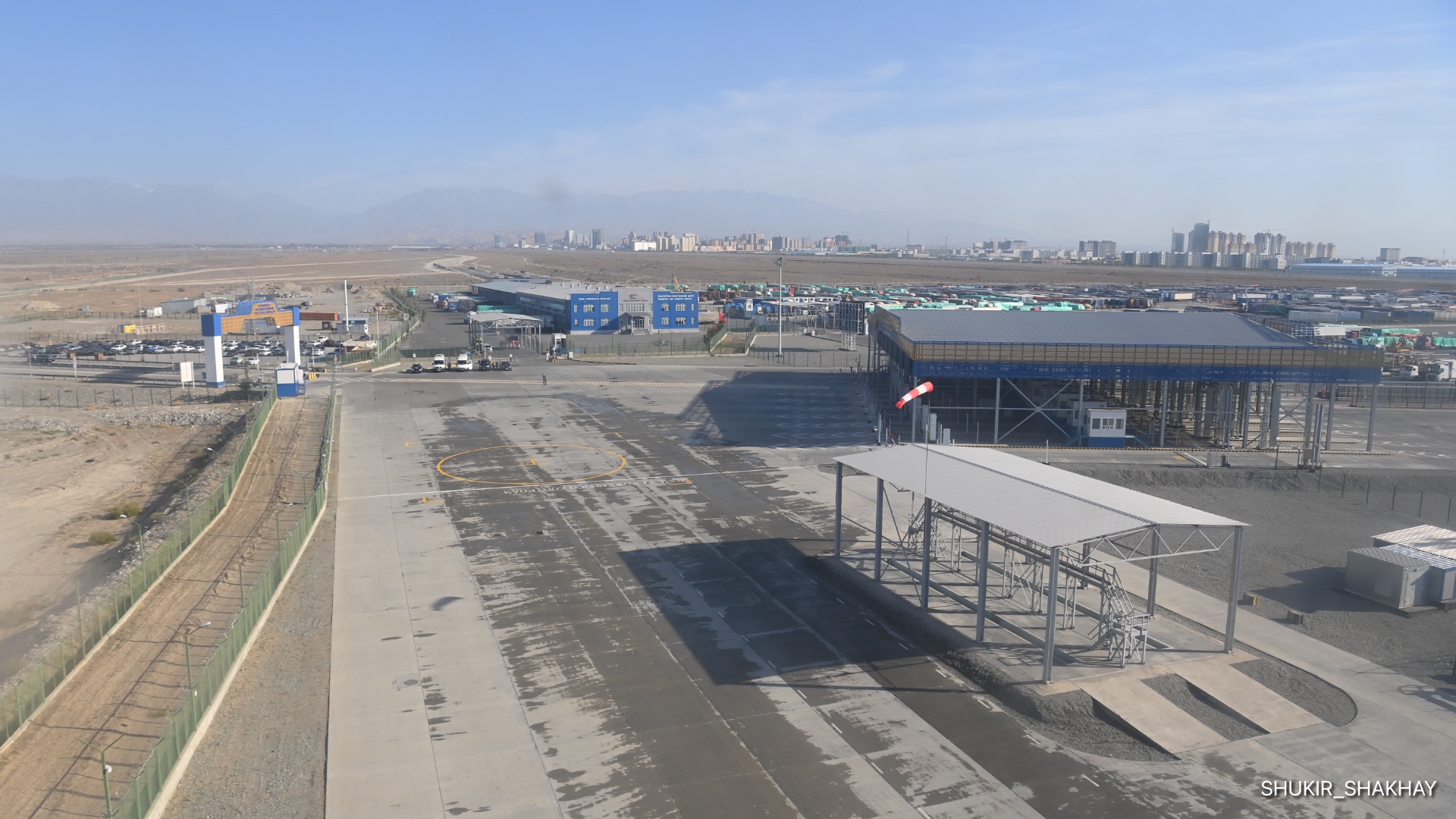 Almaty region has an important potential for the development of international trade and transit of goods. However, the coronavirus pandemic in 2020 has caused significant damage to both trade relations between countries and the transport and logistics system. As a result, the customs checkpoints were practically frozen.

Thus, in connection with the deterioration of the sanitary and epidemiological situation in the Xinjiang Uygur Autonomous Region of the PRC at the Nur Zholy checkpoint, the quarantine regime was strengthened and measures were taken to limit the passage of vehicles. Also, the adjacent party in relation to each vehicle was disinfected and heat treated, lasting from 2 to 6 hours.

In order to resolve the situation on the limited passage of automatic telephone exchanges to the PRC, the Government of Kazakhstan set the task of taking a set of measures to increase trade with the PRC by organizing the transshipment of goods from the PRC to Kazakhstan. Within the framework of these instructions, on the basis of an agreement with China, the transshipment of goods from the automatic telephone exchange was organized as part of a tractor registered in the Republic of Kazakhstan (owned by the TLC) and a semitrailer registered in the PRC (owned by a Chinese carrier), which run between two checkpoints.

This model operates at the Nur Zholy checkpoint; on average, about 20 units of Chinese trailers with goods are imported to transport and logistics centers per day. This format made it possible to import goods without stopping, even when China did not accept semi-trailers from Kazakhstan at all. 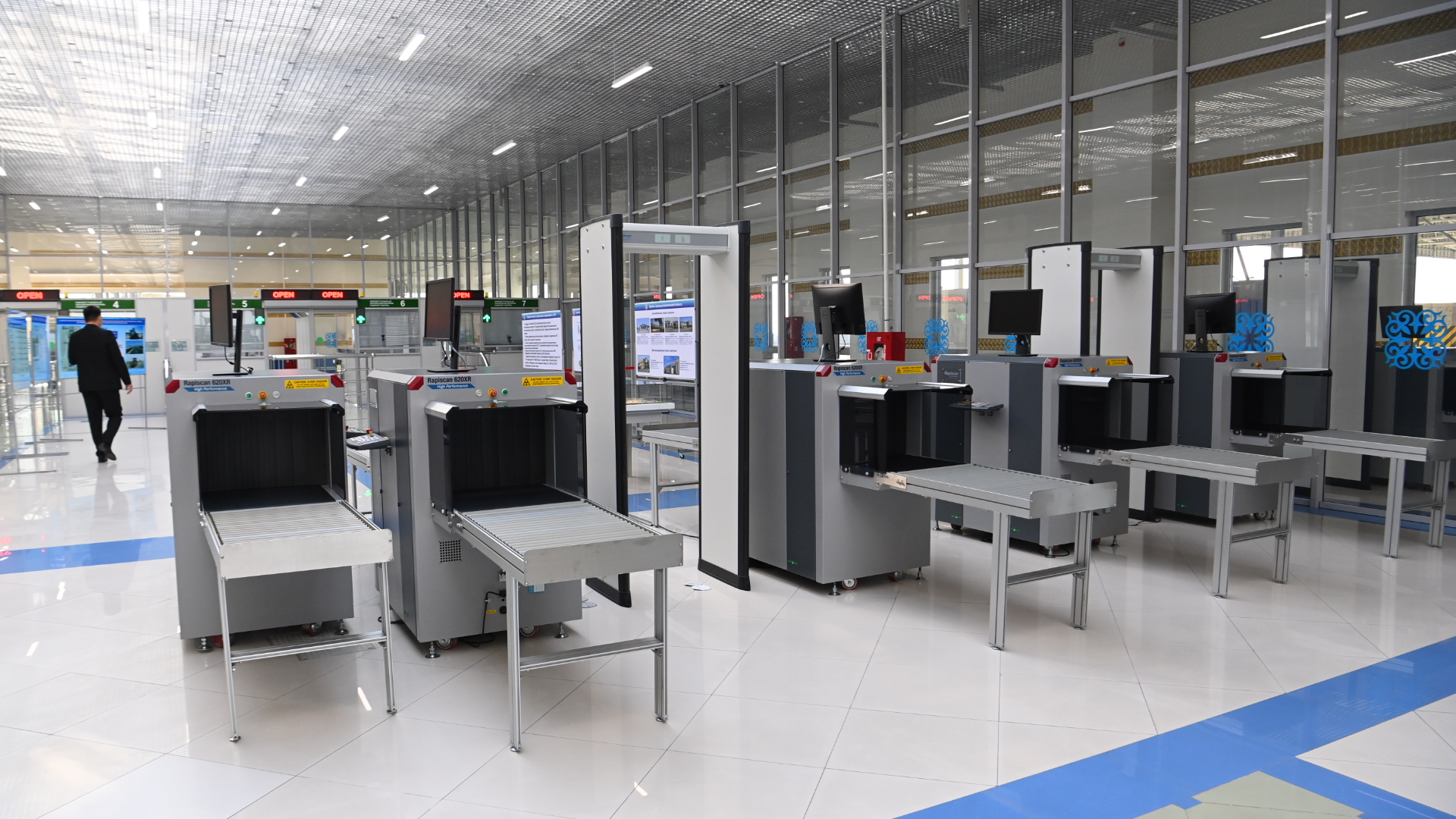 In addition, since Sep. 9, 2020, an electronic queue system has been introduced on the GoCargo.kz website, which allows you to book a queue in advance through a mobile application. The system has a "feedback" link by notifying carriers via SMS messages. Today the system is functioning normally.

At the same time, since July 1, 2020, the Kazakh checkpoints Bakhty, Kalzhat and Maykapshagai, previously temporarily closed (since the end of March), were opened, but adjacent checkpoints on the Chinese side were closed (Dulaty and Zimunai). The Bakhty checkpoint was opened on Nov. 5, 2020.

An Operational Headquarters was also established to regulate the queue. The members of the Operational Headquarters include the akim of the Panfilov region, the border service of the National Security Committee of the Republic of Kazakhstan, the customs service, the ROP of the Panfilov region, and an initiative group of drivers.

Firstly, since Aug. 19, 2021, in order to increase the flow by reducing the handling of vehicles, the neighboring party accepts vehicles of the Republic of Kazakhstan that have only a semi-trailer without an awning (platform). Thus, as of Sep. 13, 2021, the PRC accepts more than 50 vehicles per day.

Also, the neighboring party made a decision to load onto vehicles with an existing frame base, due to which loading to the site for export to the Republic of Kazakhstan is carried out within half an hour, which reduces the time and minimizes the contacts of the PRC customs officials with the drivers. By the way, over the past period of 2021, 10,505 motor vehicles were moved. Moreover, for 8 months of this year. 4,061 goods declarations were issued. Receipts of TPiN for 8 months of 2021 are about 25 million tenge.

Work is actively underway in Kazakhstan to create special economic and industrial zones. The main goals of such zones are to provide state support to private entrepreneurship, the development of priority industries, the relocation of industrial enterprises from residential areas, the production of technological, innovative products, and import substitution. 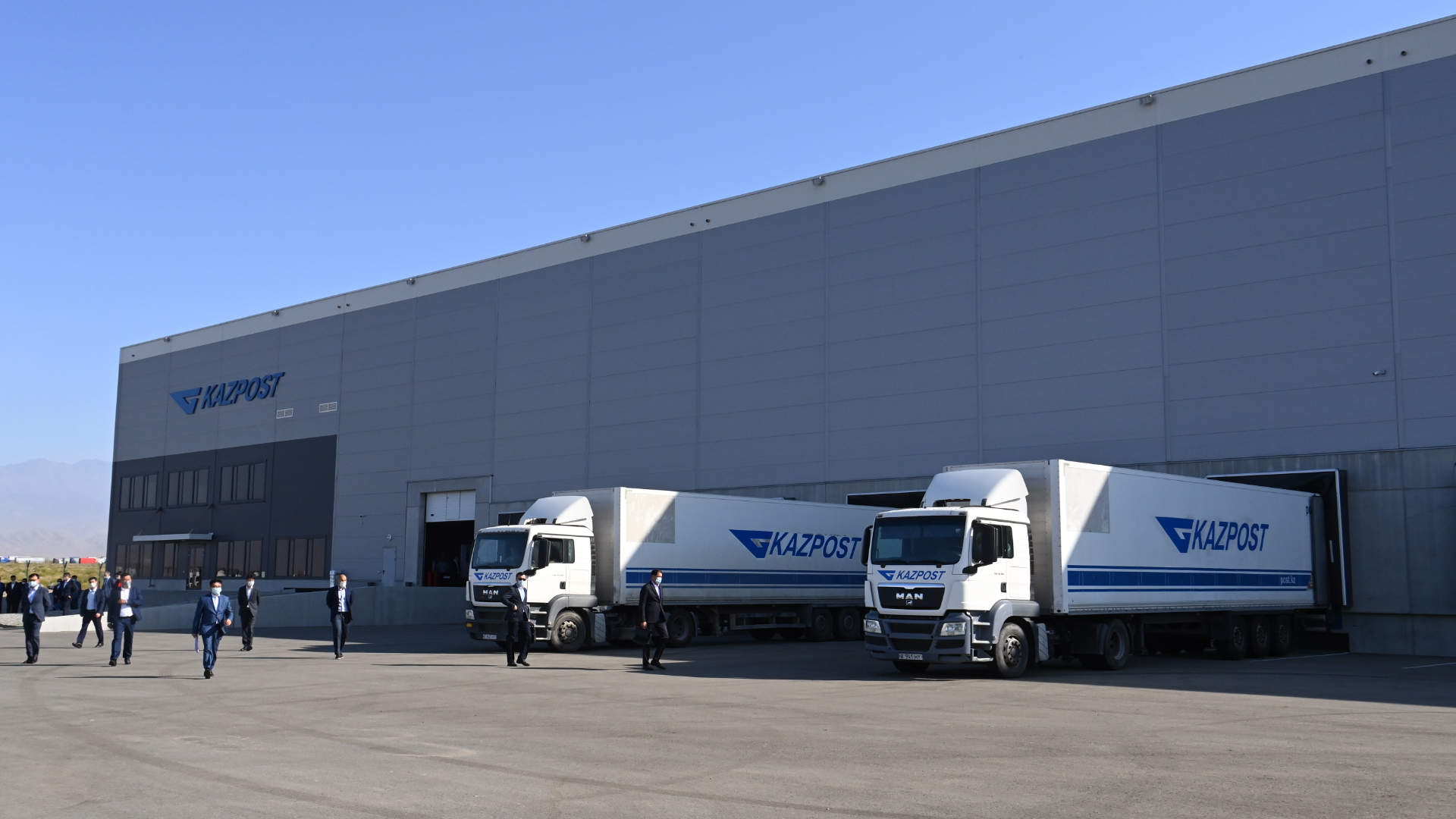 To date, in connection with the planned construction of multi-apartment housing, in accordance with the memorandum concluded between the Akimat of Almaty region and BI Group dated Aug. 10, 2021, a master plan for the satellite Gate City is being developed in most of the original territory of the industrial zone (535 hectares). At the same time, a land plot with a total area of ​​44 hectares has been allocated for the construction and operation of industrial buildings and structures.

In July of this year, an agreement was concluded on the implementation of activities as a participant in the industrial zone with FRUIT ART LLP for the implementation of the investment project “Export cluster with innovative technologies for freeze drying of fruit and berry raw materials”. The amount of investment is 35.5 billion tenge of own funds, with the creation of 300 jobs. The initiator of the project is preparing for construction and installation work.

In the 4th quarter of this year, the project organization GRADO is expected to present a new master plan for the territory of Gate City. On the basis of this plan, the concept of further development of the Bereke industrial zone will be developed, taking into account the movement of the main borders north of BAKAD.

Speaking about SEZs and industrial zones, one cannot but highlight the special economic zone Khorgos - Eastern Gate. Thus, Khorgos - Eastern Gate is a strategic object for creating a logistics hub connecting China, Central Asia and the Middle East. The SEZ was created in 2011 with a period of operation until 2036. 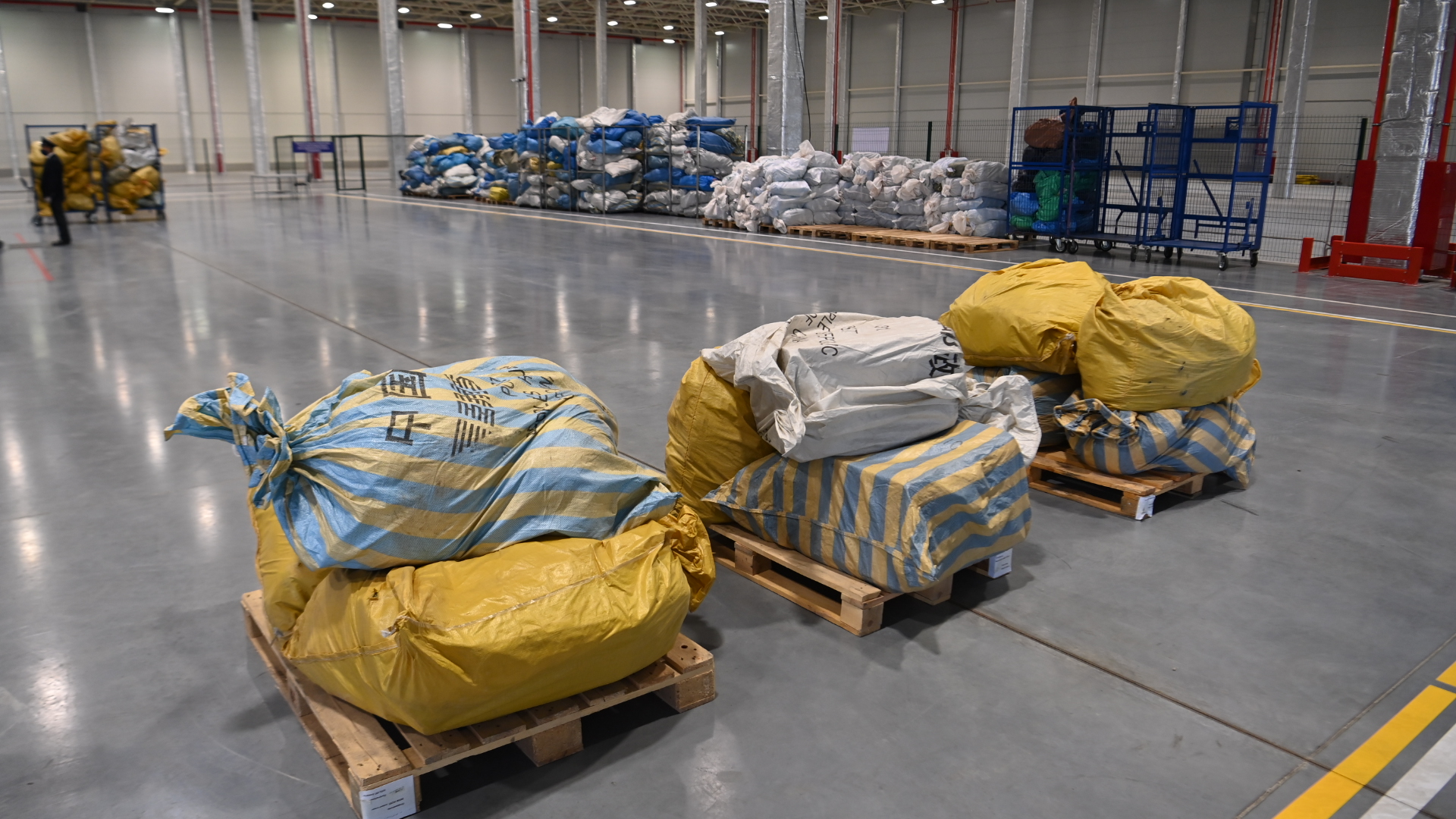 This zone was created as an effective transport, logistics and industrial center that ensures the interests of trade and export activities and the implementation of the country's transit potential, as well as to ensure a favorable investment climate, attract domestic and foreign investments for the implementation of investment projects, accelerated development of the region, increasing employment of the population.

The total area of ​​the land plot of FEZ Khorgos is 4,591.5 hectares and consists of the following:

For the construction of the infrastructure of the FEZ Khorgos in the period 2014-2016. 36.8 billion tenge was allocated from the republican budget. In November 2016, all 68 infrastructure facilities of the Khorgos FEZ envisaged by the project were put into operation. These are energy facilities, a complex of water intake facilities, access, railways, communication networks, office buildings, a fire station, etc.

The key element of the Khorgos - Eastern Gate FEZ is the dry port, the project of which was implemented in June 2015. Today the dry port is successfully operating. On the territory of the port there are several terminals for transshipment of goods from narrow to wide railway tracks, as well as temporary storage warehouses. 6 branches of railway tracks have been laid (3 along the narrow Chinese gauge of 1435 mm and the same number along the wide Kazakhstan gauge —1,520 mm). The dry port is operated by KTZE Khorgos Gateway LLP.

In order to manage the SEZ Khorgos, JSC Management Company of the Special Economic Zone Khorgos - Eastern Gate was created, 100% of which belongs to the Department of Entrepreneurship and Industrial and Innovative Development of the Almaty Region.

In 2017, National Company Kazakhstan Temir Zholy JSC, within the framework of the One Belt - One Road international cooperation forum, signed an investment agreement with COSCO Shipping Corporation and the Lianyungang port "On the joint development of the free economic zone Khorgos - Eastern Gates. The Chinese partners jointly purchased a 49% stake in the dry port operator.

Currently, 30 participants are registered in the unified register. Of these, 18 participants were allocated land plots on the territory of the dry port, logistics and industrial zones of the FEZ (for the implementation of projects, an area of ​​1,254.8 hectares was allocated out of 4,591.5 hectares provided for by the master plan).

On the reserve territory of the FEZ, land plots have been allocated for the implementation of the following projects:

2) Qazaq LNG LLP — 32 hectares for the construction of a plant for the production of liquefied natural gas. Investment cost 58.7 billion tenge.

- activities — storage and shipping of grain.

- activity — production of metal products, except for machinery and equipment; metal tile, corrugated board, metal siding.

- activity — construction of a complex for the production of combined feed and storage of grain crops.

In addition, it should be noted that Tuloma Salmon Kazakhstan LLP is currently being registered. This company plans to build a plant for growing Atlantic salmon using recirculating water technology (closed water supply installation) with an installed capacity of 2,500 tons per year. Within a few years after the operational launch of the plant, it is planned to expand the plant's capacity to 5,000 tons, as well as to build a filleting workshop.