According to results of 5 months of 2022, stable macroeconomic situation remains in Aktobe region — Orazalin 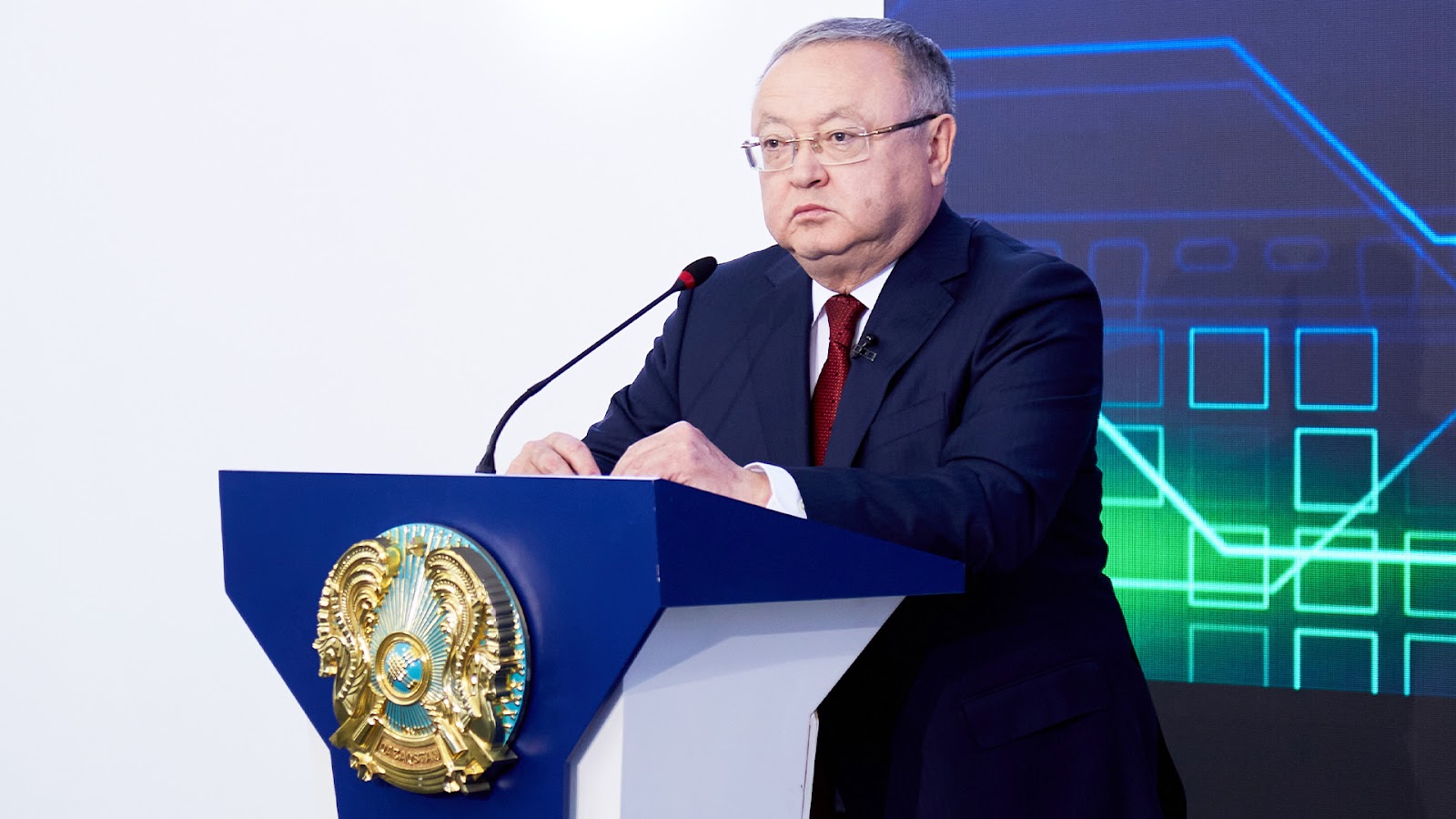 Akim of the Aktobe region Ondasyn Orazalin reported on the pace of socio-economic development of the region at the site of the Central Communications Service.

Accordingly, these factors, according to him, have increased the need for housing construction in the region.

This year, the region plans to improve the share of local roads in standard condition to 72% 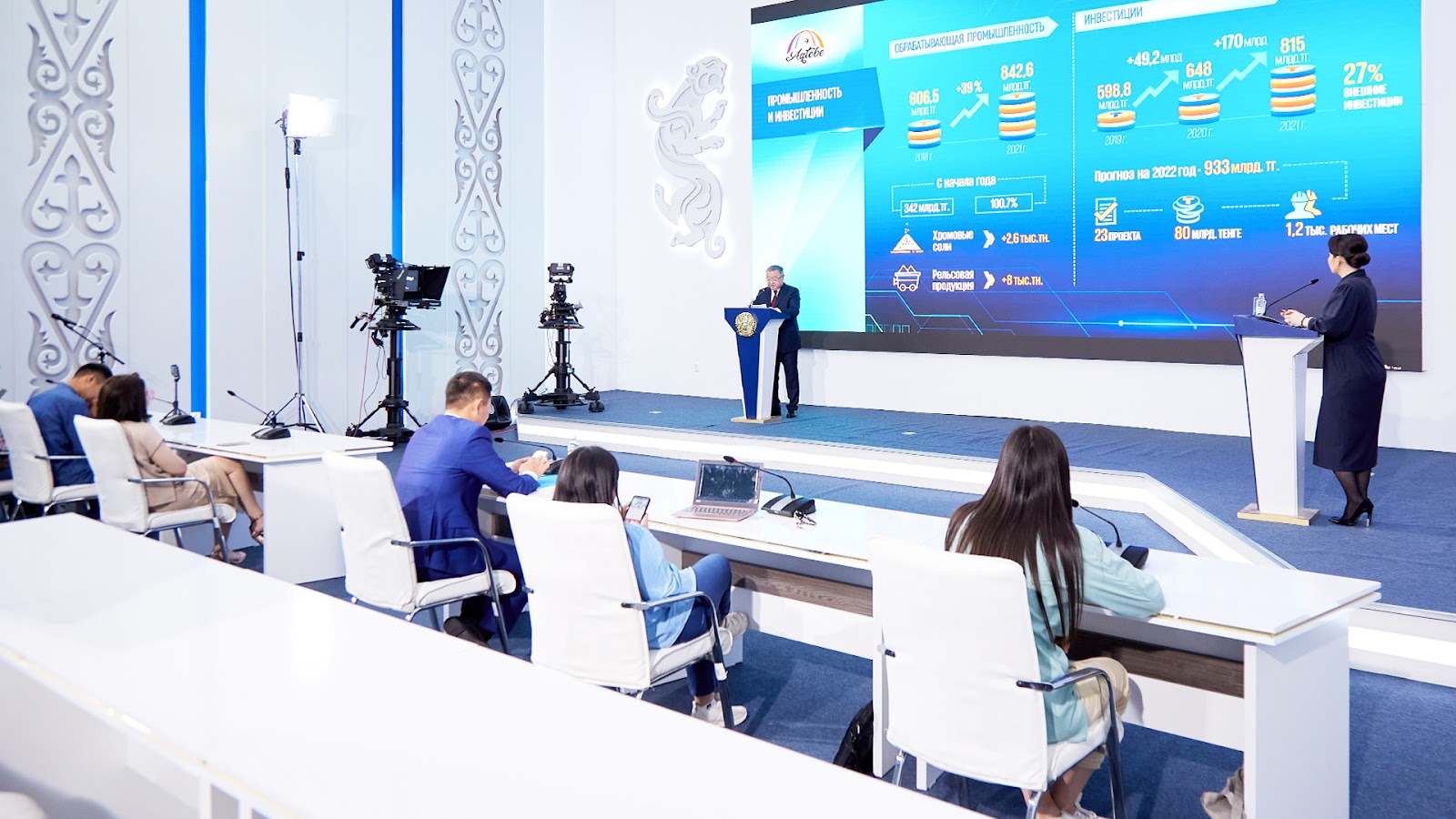 As noted above, the Aktobe region has great potential for development as a major transport hub and transport hub. At the same time, there are complaints from the population, entrepreneurs and industrial institutions about the quality of roads in the region. It is worth noting that, compared to other regions, the share of good roads was initially very low in our region - 43% 10 years ago (from 2011 to 2021) or 16th place in the republic.

“Given the importance of the issue, we are taking appropriate measures to remedy this situation. If in 2011-2018, that is, over 8 years, 36 billion tenge was allocated for road repairs and the share of local roads in good condition increased by 11%, then almost the same amount was allocated over the past 3 years (36.7 billion tenge) and the share of roads in good condition was increased by 13.7%. Firstly, such indicators were achieved thanks to funds allocated from the republican budget with the support of the Government. In addition, funds from the local budget were allocated in the same volume on a parity basis,” Orazalin noted.

As a result, it is expected to improve the share of local roads in a standard condition from 66.7% to 72% this year.

97.2% of the region's population is provided with clean drinking water

As for gas and water supply, today, according to the akim, 97.2% of the region's population is provided with clean drinking water. In particular, 10 villages with a total population of 5 thousand people were provided with water last year.

This year, it is planned to cover 11 villages with a population of about 23 thousand people with centralized drinking water and 39 villages with integrated block modules.

“We are faced with the task of implementing the instruction of the Head of State to provide 100% of the population with high-quality drinking water in 2025. Nevertheless, thanks to the measures taken, we plan to meet this indicator in the coming 2023,” Orazalin noted.

Regarding the provision of blue fuel, according to the head of the region, 16 villages with a population of more than 10 thousand people are provided with gas in 2021.

This year, it is planned to supply blue fuel to 9 villages, bringing the share of the region's gasified population to 93.4%.

In 2019, a five-year plan for the development of the agro-industrial complex of the region was adopted

The second own potential of the Aktobe region – a favorable climate and the presence of vast areas allow the development of animal husbandry and agriculture, ensuring food security in the western region of the country, as well as exporting products abroad.

“In 2019, we agreed with the Ministry of Agriculture and developed a five-year plan for the development of the agro-industrial complex of the Aktobe region. In accordance with the plan, in 2020-2021, 12.7 billion tenge was allocated from the local budget to subsidize feed, as well as 7.2 billion tenge to upgrade agricultural machinery. That is, in addition to 25% of subsidies from the republican budget for the purchase of equipment, we allocate an additional 10% from the local budget,” Orazalin noted. 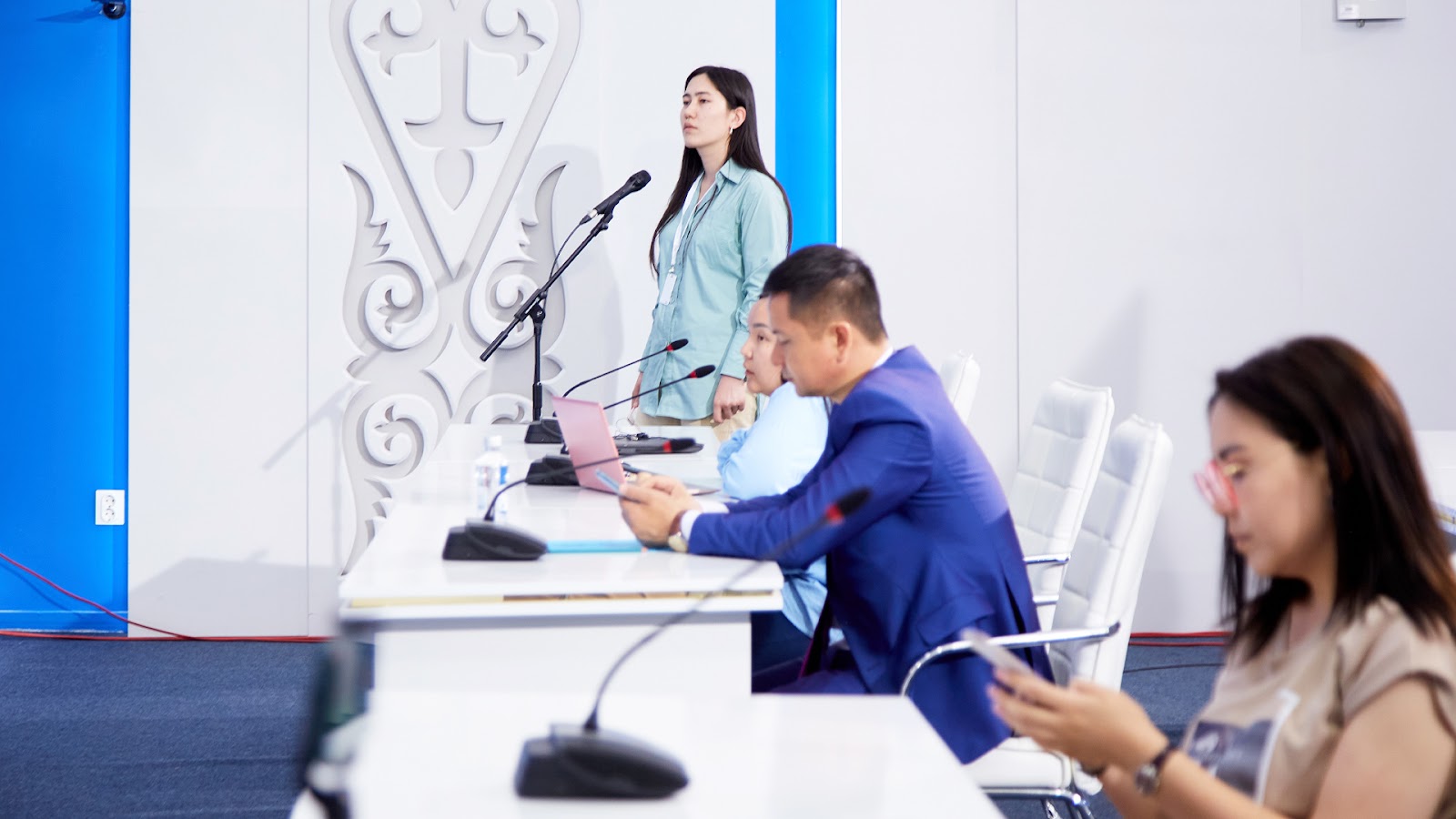 Due to the measures taken, the internal needs of the region are met. The region itself produces 24 of the 32 staple foods. Among them are flour, bakery products, dairy, meat products, eggs and vegetables.

According to the head of the region, in order to increase the share of ensuring food security in the region in the next 3 years, it is planned to allocate more than 315 billion tenge in the agro-industrial complex for the implementation of 75 projects. As a result, it will be possible to fully stabilize prices in the future.

Aktobe region is a region with high industrial and investment attractiveness

As you know, Aktobe region is a region with high industrial and investment attractiveness. In this direction, according to the akim, significant progress has been achieved here. 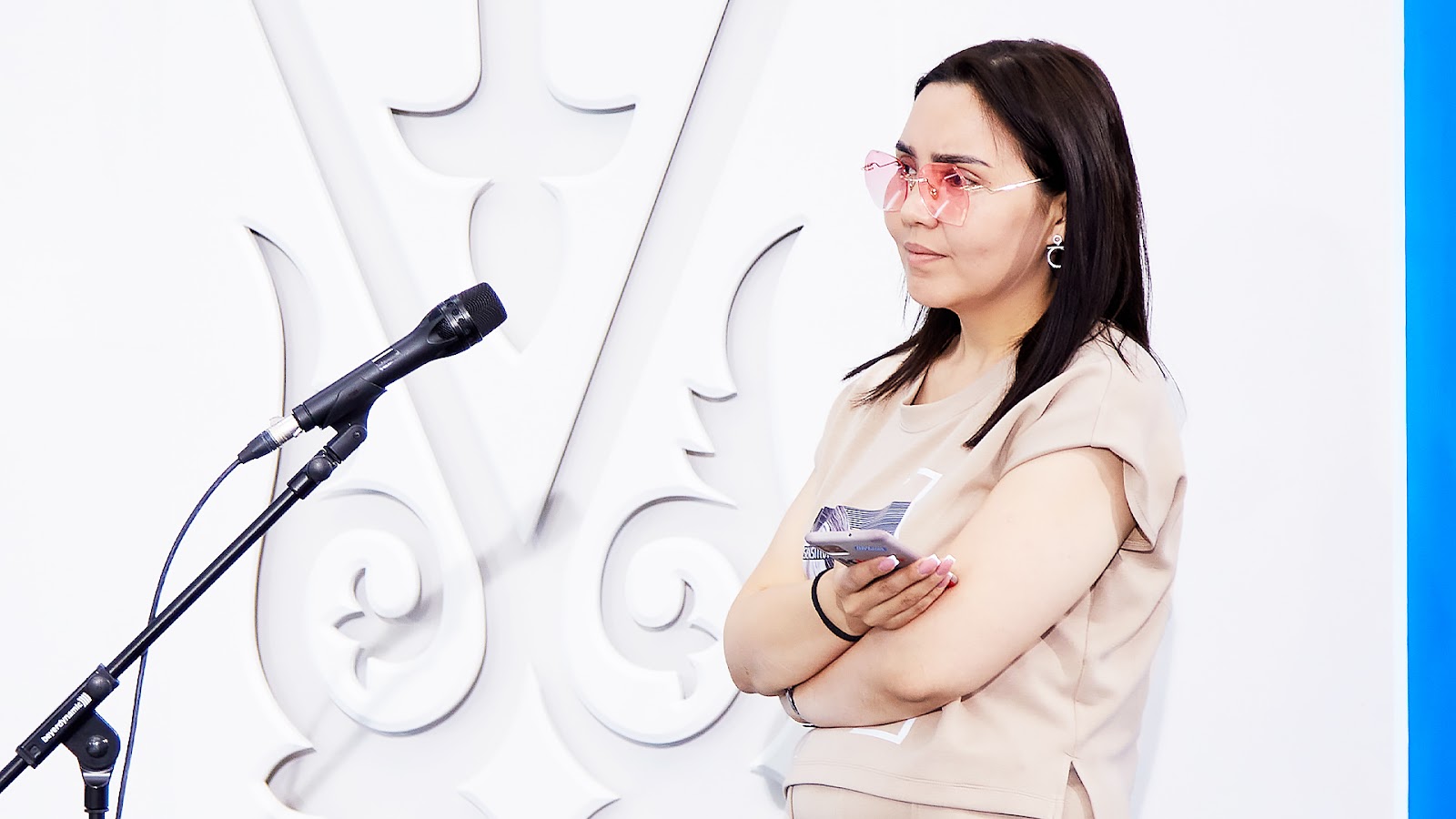 In general, due to the use of the potential of the subsoil of the region, the volume of industrial production, including the manufacturing industry, is increasing from year to year. A course has been taken to diversify the region's economy.

In 2021, state support was provided for the implementation of more than 5.5 thousand business projects

Much attention in the region is paid to the development of small and medium-sized businesses.

According to the akim, in 2021, state support was provided for the implementation of more than 5.5 thousand business projects, which is 2 times more than in 2020.

“Last year, more than 10 billion tenge was allocated for the implementation of the Business Roadmap 2025 program, which is 3 times the amount of funding for 2020. It is worth noting that in this direction the region takes 1st place among the regions. The number of operating small and medium-sized businesses in the region increased by 6.8% compared to 2020, the volume of output increased by 21.7%,” Orazalin noted.

According to the head of the region, thanks to the three factors outlined above, by the end of 2021, the growth rate of the economy of the Aktobe region is ensured at the level of 103.1%.

Only the decline in crop production due to last year's drought led to a decrease in gross agricultural output by 3.1%.

Following the results of 5 months of the current year, the region maintains a stable macroeconomic situation.

“We will take the necessary measures to implement the instructions of the Head of State aimed at improving the welfare of the population and ensuring socio-economic growth in general,” Orazalin assured.

Answering questions from representatives of the media, the head of the region spoke in detail about the measures taken to ensure the safety of citizens from attacks by stray dogs.

Often during the briefing, journalists returned to the tragic death of a 12-year-old boy, Madiyar, torn to pieces by a dog.

“This is one of the hottest topics today. We are working. We catch stray dogs. 41 million tenge was allocated for their destruction. And it's not about finances. If the situation poses a danger to the population, we will find any means to destroy stray dogs. Last year, 17.5 thousand stray dogs were caught and destroyed. But after March 2, the legislative tightening of the requirements for the killing of stray dogs, we can no longer immediately destroy animals. First, we catch them, then we distribute them among the centers, check for signs of rabies, and only then do we make a decision on destruction. Since the beginning of this year, only 3,700 stray dogs have been destroyed,” Orazalin informed. 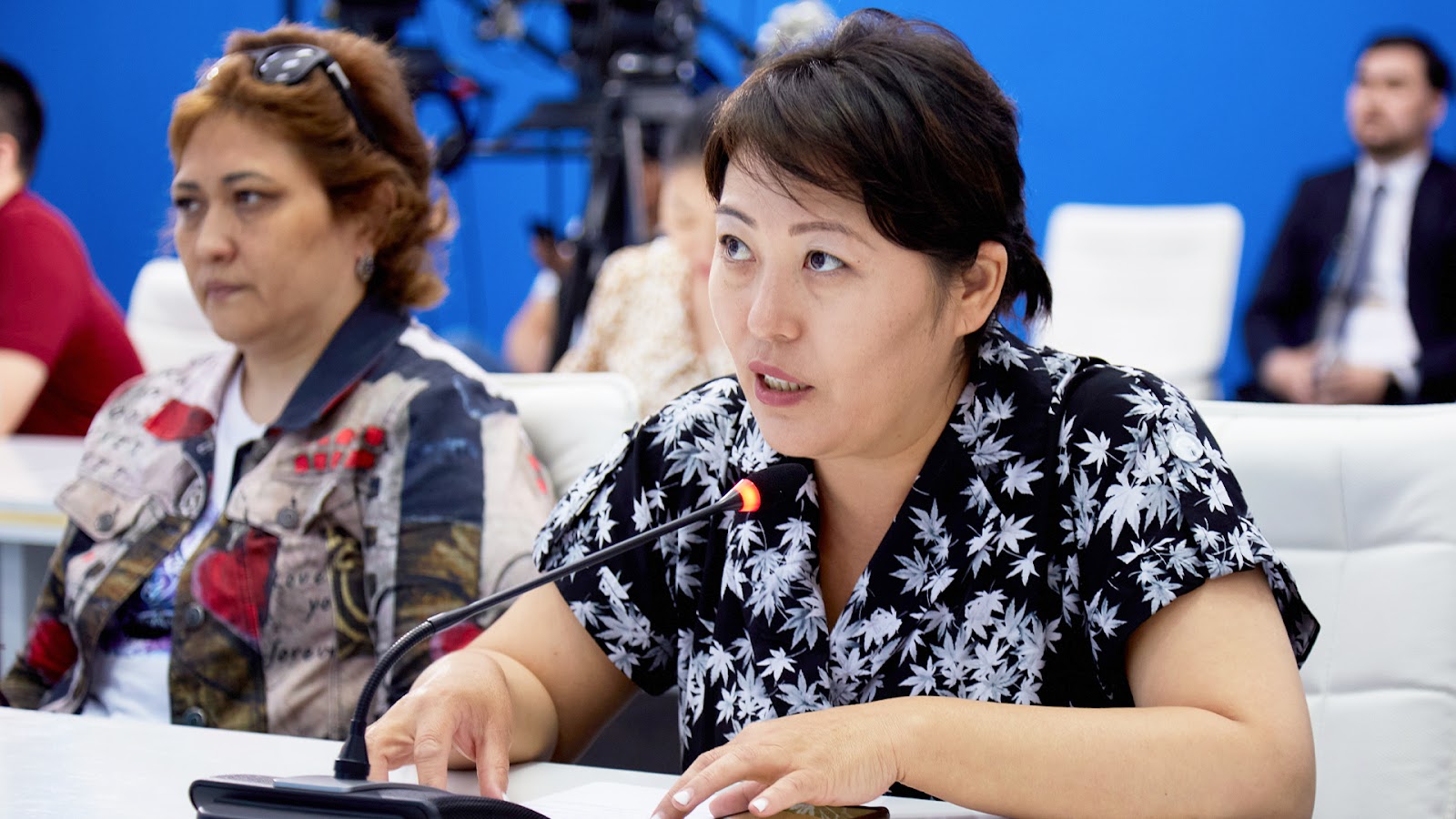 According to the akim, sometimes after the trapping, the owners of the animals come and take the pets from the centers.

The journalists were also interested in the issues of long-term construction and the system of providing housing for people on the waiting list.

Private investors are building many residential facilities, in which the akimat subsequently buys housing for those on the waiting list.

The construction of residential facilities under state programs is also underway. But the construction lasts for months and years, so there is no way to provide all the people on the waiting list at once.

As the akim noted, the solution of housing issues is one of the most pressing issues and work in this direction is carried out on an ongoing basis.